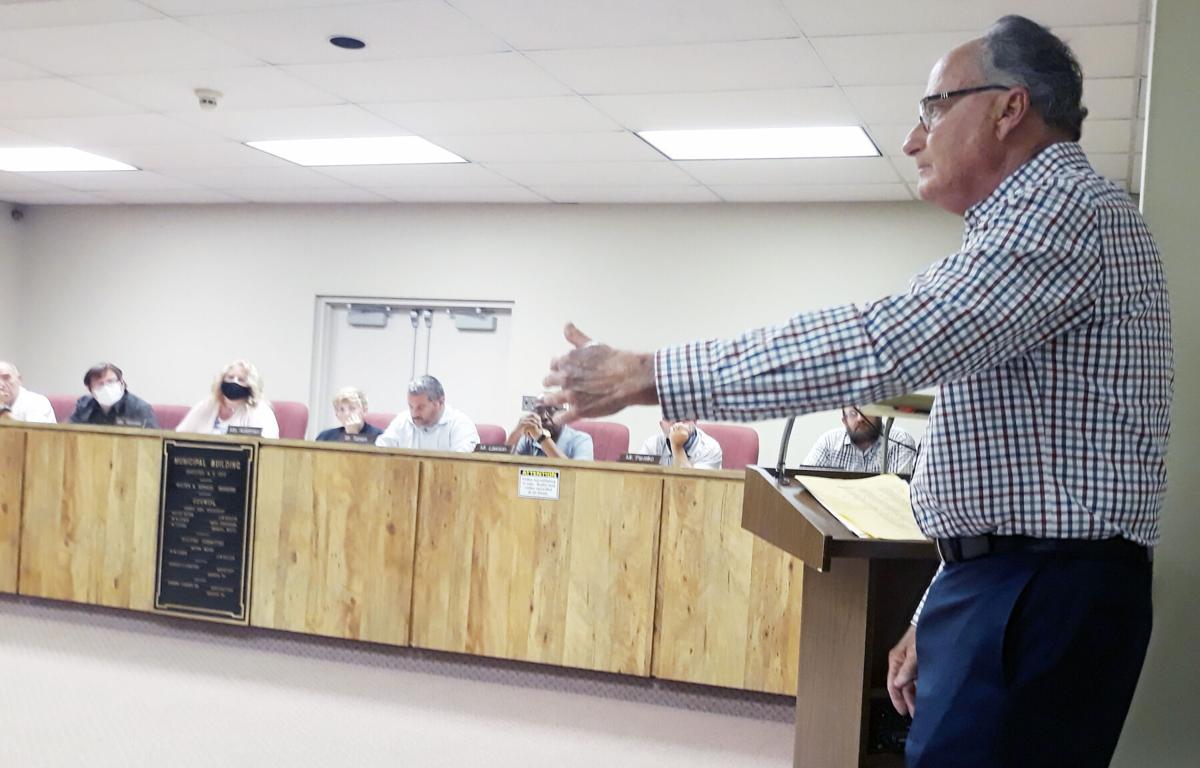 DONORA – Some Donora residents are not happy about the coal trucks that traverse through the northern end of the borough and the damage they feel is being created.

They attended last week’s council meeting en masse to be heard on the issue. A standing-room-only crowd packed council chambers while a handful of the citizens addressed council.

Their concern stems from what they refer to as a “constant truck traffic feeding the Donora River Terminal,” a subsidiary of Robindale Energy & Associated Cos., which is based in Latrobe.

“I think we got our message across loud and clear,” resident Jim DeLattre said Monday about the citizens’ attendance at the council meeting. “This has been going on for four-and-a-half to five years. We decided to do something about it and organize the people. All of this infrastructure damage, the dust problem, the speeding – it’s all done in Donora. Donora gets not one dime of taxes. We’re bearing the burden and getting nothing for it, except for the problems.”

DeLattre said he will go into the meeting with a simple plan.

“We’re going to talk to them about what kind of solution they may have,” he said. “We know what our problems are, what can (they) do to help us.”

Ross said he wants to be a “good neighbor,” something he said the terminal has been for eight years.

“We’ve been here for eight years and haven’t had many problems,” Ross said Monday. “They’re not our trucks. We do not order them. We do not direct them. We are in complete compliance. The (Department of Environmental protection) monitors us weekly. We are willing to do what we can. You can’t just say we don’t want commerce. We don’t want trucks.”

Ross said he was invited to the council meeting, but said he was advised by legal counsel not to attend.

“You don’t want to be lulled into a public spectacle,” he said. “It upsets me that they’re saying we don’t do anything for Donora. We are in Carroll Township, but we buy local. We’re very supportive of Donora businesses, hardware stores and restaurants. My great-grandparents migrated from Czechoslovakia to Donora at the turn of the century. Donora is in my blood.”

CDC members claim the trucks have damaged infrastructure, impacted the environment, increased safety hazards for motorists and pedestrians, created health hazards and caused a deterioration of quality of life and property for borough citizens.

At the meeting, DeLattre said a primary issue is dust that comes from the trucks.

“It’s horrible,” he told council. “We get dust off the trucks and we get big lumps of coal. We have people with swimming pools and those pools are filled with that coal dust.”

Other concerns he raised included the trucks not properly being cleaned, the trucks speeding through town and the ineffectiveness of a street sweeper the company deploys. One citizen from the audience said trucks can be heard as early as 1 a.m.

“It’s supposed to be 25 miles per hour and they’re going a lot faster,” DeLattre said. “These trucks are coming down and they’re heavily loaded. I guarantee you, these trucks are never going to be able to stop if a kid comes on the road. It’s extremely dangerous.”

Some residents in attendance said the borough should have handled this matter long ago.

“Four years and we still have these complaints,” said resident Scott Nedrow. “We have people with coal dust in the filters of their swimming pools. We have grandchildren who don’t want to go out on the street without a parent right with them.”

Mayor James McDonough said speeding has been monitored in that area.

“From the beginning, we have asked for speeding enforcement on that end of town,” said the mayor. “There was a directive put down and you may say it’s a little too late. Living where you live and having to deal with what you’re dealing with is rough.”

Councilman Joseph Greco said police have indeed been in the area and an officer who was in the area recently told him there were no vehicles speeding.

It was a process, he said, that was repeated no matter which street he monitored.

Signs have been placed in the borough by the residents that read, “Save Donora. Stop the Coal Trucks.”

“We have to spend $500 to get signs up to get this kind of turnout to get you to listen to us,” Nedrow said.