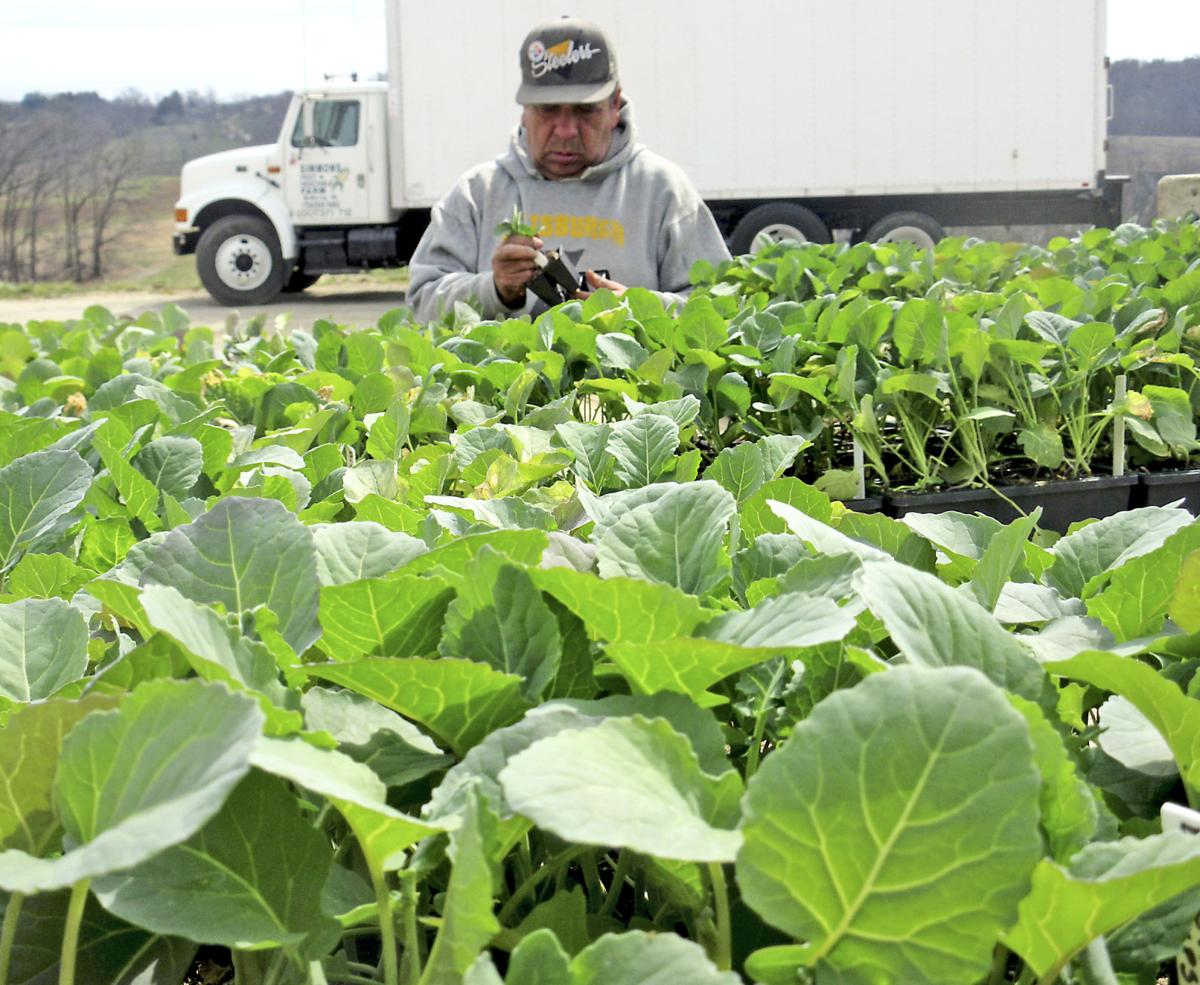 Jose Orvaz, an employee at Simmons Farms in Peters Township, prepares cabbage and broccoli for planting this week. 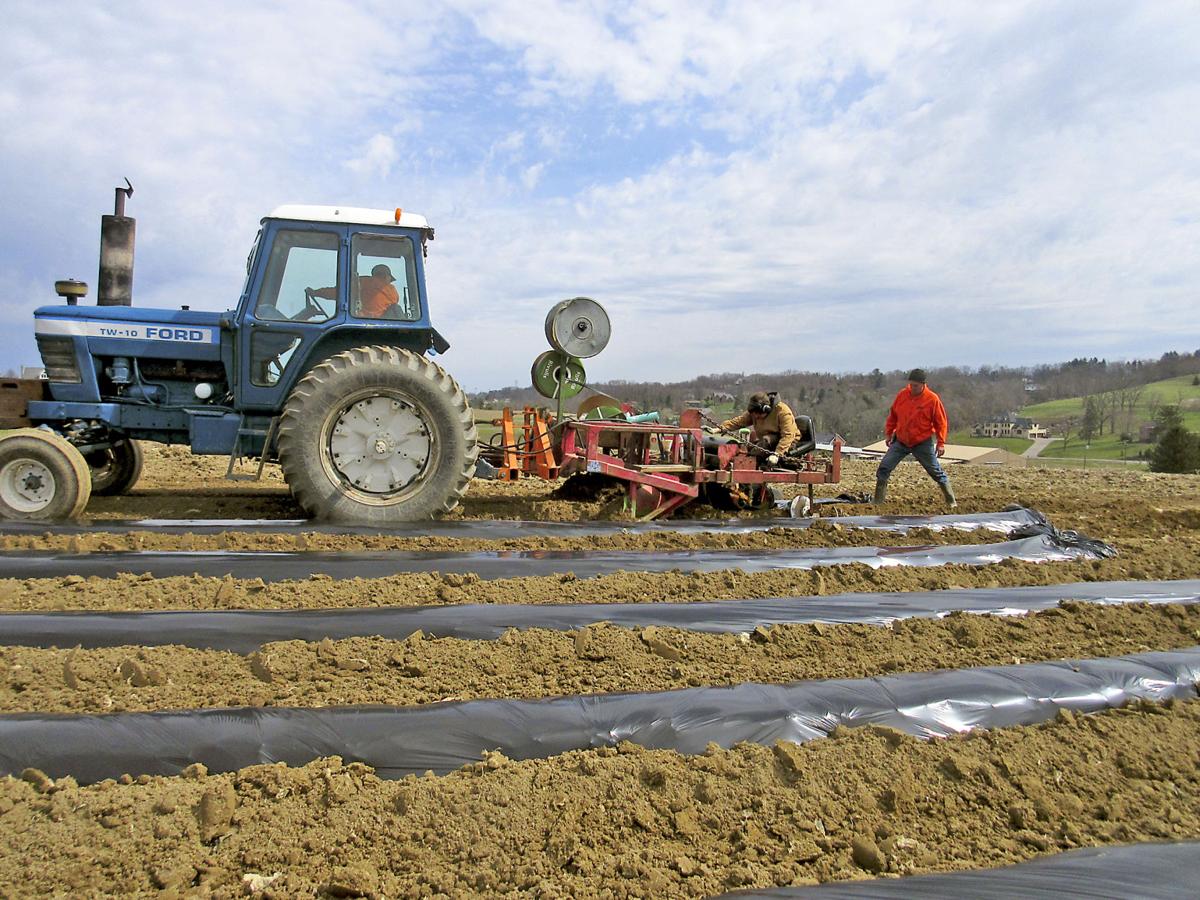 From left, Noah Ruiz drives a tractor while Luke Simmons and his uncle, Bob Simmons, work to prepare soil for planting onions at Simmons Farm in Peters Township in 2018. 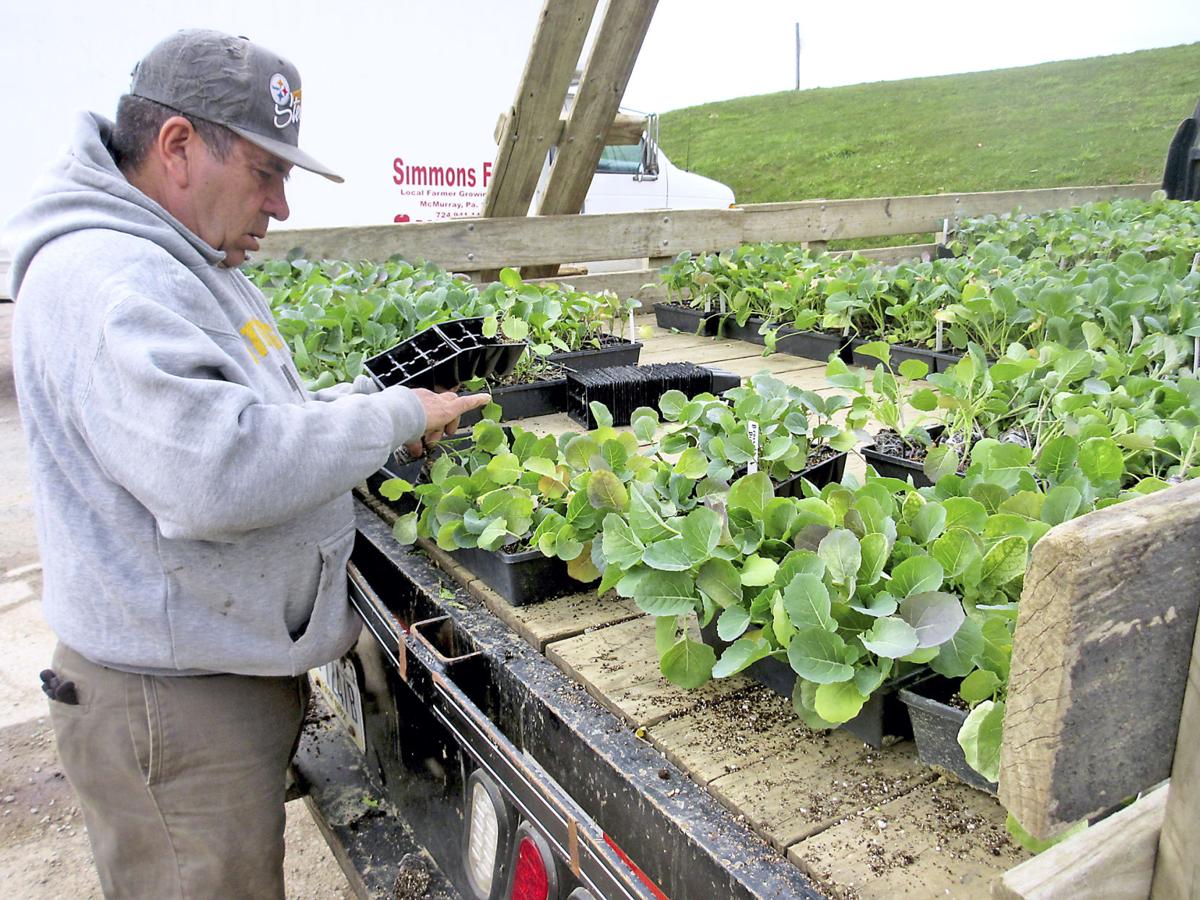 Jose Orvaz, an employee at Simmons Farms in Peters Township, prepares cabbage and broccoli for planting.

Jose Orvaz, an employee at Simmons Farms in Peters Township, prepares cabbage and broccoli for planting this week.

From left, Noah Ruiz drives a tractor while Luke Simmons and his uncle, Bob Simmons, work to prepare soil for planting onions at Simmons Farm in Peters Township in 2018.

Jose Orvaz, an employee at Simmons Farms in Peters Township, prepares cabbage and broccoli for planting.

The dreary weather this spring likely will delay the planting and growth of some local crops.

According to Walt Bumgarner, a livestock educator with Penn State Extension in Washington County, the soil has been too cold to begin planting.

“We haven’t had enough sunshine,” he said. “We need sunshine that can get down in the soil and warm it up a little bit. The seeds aren’t going to germinate until the soil reaches a certain temperature.”

Bumgarner said hopefully the sun and warm temperatures expected this weekend will “get everything kick-started” for local farmers. Farm animals, too, are waiting for pastures to dry out and start growing grass, he said.

“The grass has been a little bit slow growing around here,” he said. “Usually, you have pastures you might keep them on throughout the winter and early spring that you don’t mind being trampled a bit. It’s been exceptionally chilly and damp, so farmers have waited on getting the animals out to the good pastures.”

Bob Simmons, co-owner of Simmons Farm in Peters Township, said the snow and rain experienced in the area in the last two months have left the ground conditions “just terrible.”

“There’s no question about it – it’s not an early spring at all,” he said. “Things are going to be a little bit late, but it depends how things go from here.”

Simmons, who plants about 350 acres, said he typically starts planting potatoes after March 15, but they still haven’t been planted yet because the ground has been too cold and wet.

“There are years when we would already have about three acres of potatoes in,” he said. “Normally, the apples would be starting to bloom now, but they haven’t yet.”

Simmons said he’s started planting lettuce, onions and corn, and he hopes the recent nice weather will dry out more of his fields.

“Corn is one of the most time-sensitive things because people love to have the sweet corn in the summer,” he said. “We have to pick and choose what fields are starting to dry up a little bit now because they all have wet spots.”

Strawberry season, which usually starts the last week of May, might also be delayed to early June, Simmons said. He said they are just starting to come out of dormancy and look “good and healthy.”

“If it were to get warm and stay warm, they will come fast,” he said.

“Vegetable growers may not bring them to market as quickly as they have in past years, but they’ll be there,” she said. “What we don’t want now is for it to be really warm for a week, then have the temperature drop and get really cold again.”

Warm temperatures, less rain and a little breeze is exactly what Simmons needs to dry out his fields. He said the wet and cold won’t affect the quality of the crops but could affect the quantity since the wet areas “won’t produce as well.”

“I think we’re going to have good produce; it may just be starting later than normal,” he said.

The cold has also created a financial challenge to heating their greenhouses, which house starter plants such as tomatoes, peppers and cucumbers that are later transferred to a field.

“We still have time,” Simmons said. “Planting season goes from now all the way through July, so we still have a long planting season to go. I think we’re going to have good produce. It may just be starting later than normal.”