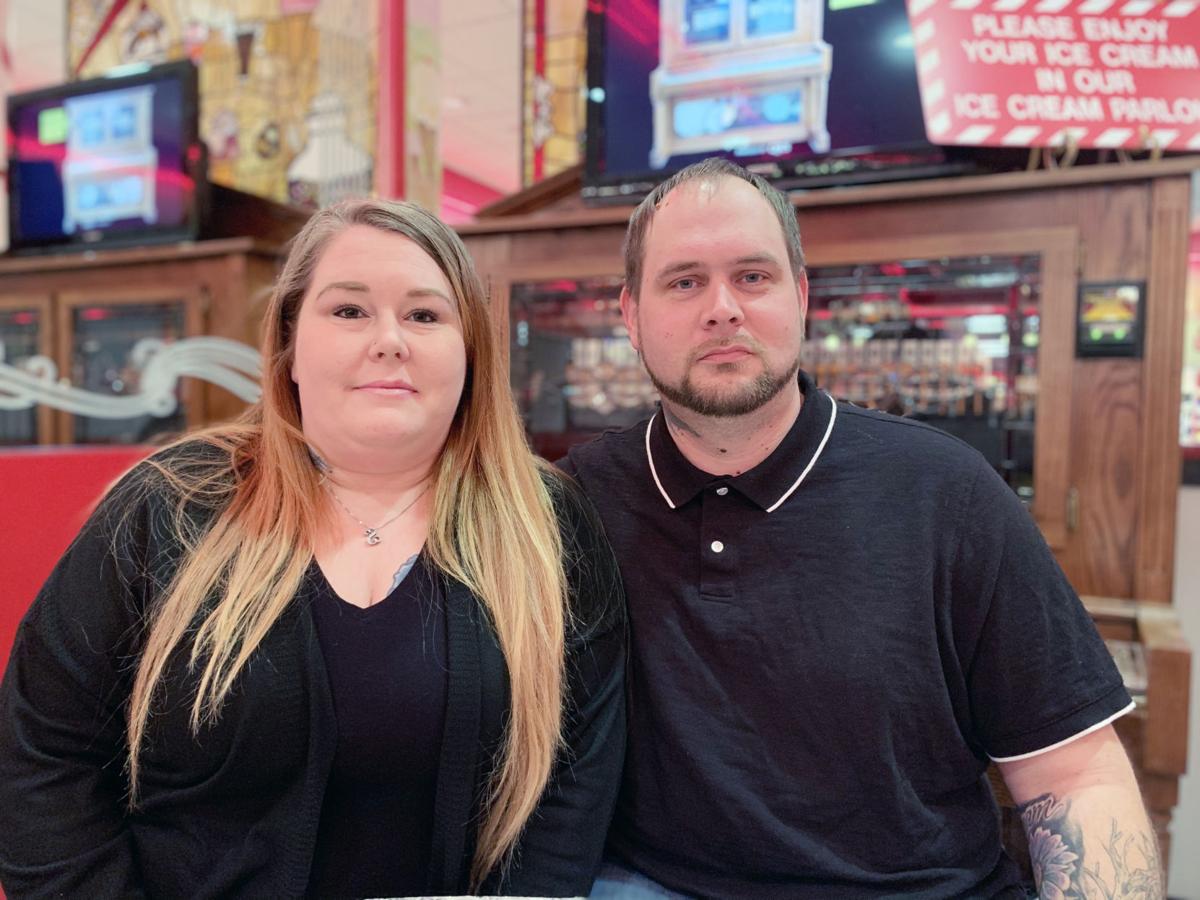 Katie and Don Dunn are the parents of five children. 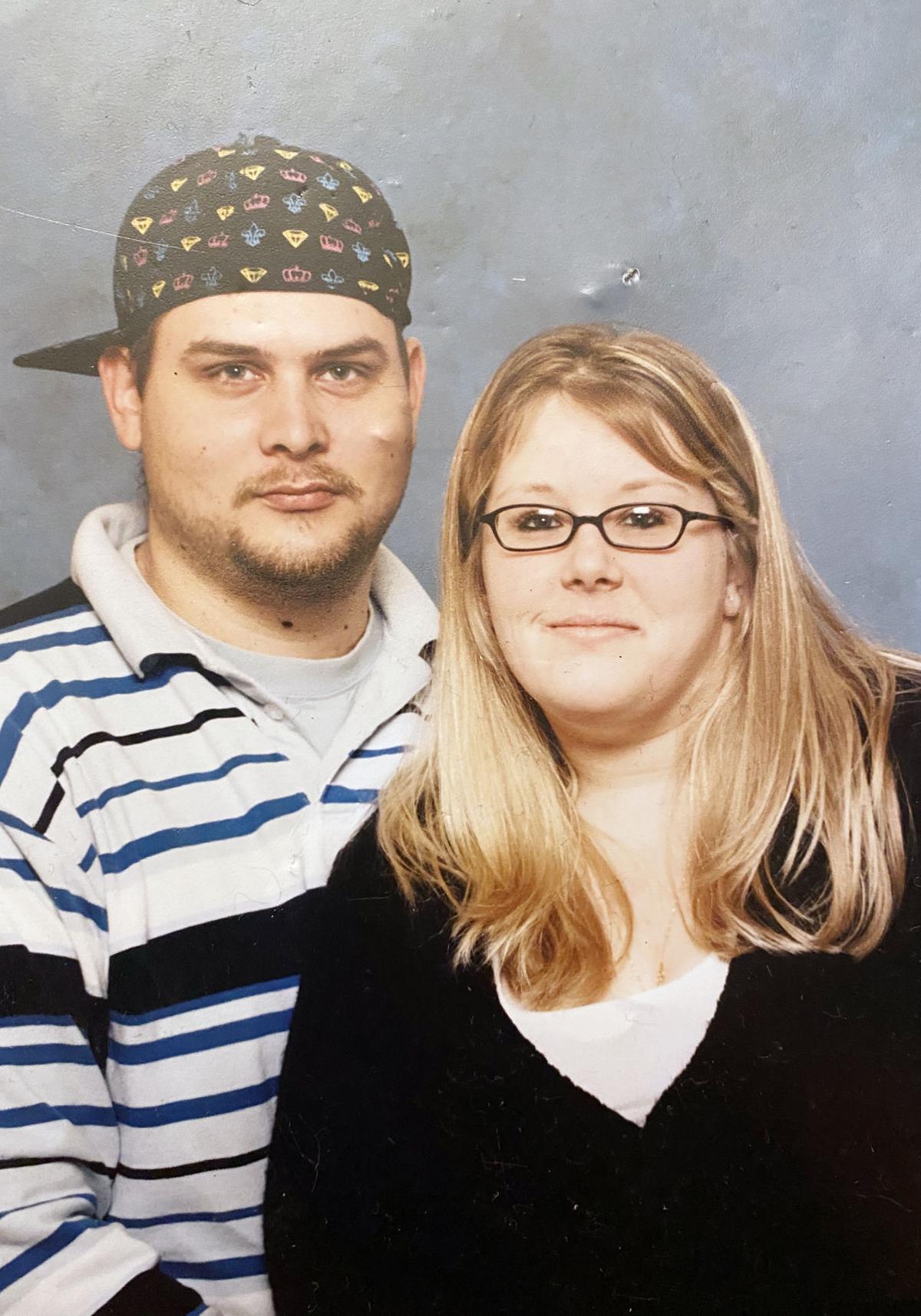 Katie and Don Dunn are the parents of five children.

When Don and Katie Dunn exchanged vows on Feb. 12, 2004, at a small ceremony officiated by a justice of the peace, they pledged to love each other in sickness and in health.

A week later, she had a series of seizures and was rushed to Canonsburg Hospital, where doctors discovered she had suffered a near-fatal brain hemorrhage.

She was transported to Allegheny General Hospital, Pittsburgh, where doctors put her into a medically-induced coma for 11 days.

On Christmas Eve, doctors slowly reduced the medications so that Katie could regain consciousness.

After Katie returned home, it took three months to regain her health. She still suffers from migraine headaches.

The cause of the brain hemorrhage was postpartum preeclampsia, a condition that can cause high blood pressure that can lead to stroke and other complications.

“I missed Christmas with my kids. I missed my son’s first Christmas. I didn’t know what had happened, how long I’d been in a coma, how bad it was. I just wanted to eat,” said Katie, 32, with a laugh.

The health scare, Katie said, impacted her outlook on life.

After the hemorrhage, Katie – who had dropped out of high school, but earned her GED after she got married – decided to go back to school. She earned an associate degree in medical assisting from Penn Commercial.

In July 2018, on the first day of a family vacation to Virginia Beach, Va., Katie broke her tibia, fibula and ankle when she missed a step while walking down steps carrying a raft.

She was rushed to a Virginia Beach hospital where she underwent emergency surgery, then returned home to begin a grueling recovery that has included three surgeries.

Her last surgery, in August, helped stabilize her ankle, and her ankle and leg still cause discomfort.

Following the accident, Don took a month-and-a-half unpaid leave from work in order to care for Katie and the children.

She was in a wheelchair for about three months.

Don’s mother and sister, along with Katie’s grandmother and others, helped Don care for the couples’ children, prepared meals and cleaned the house after both health crises.

“It has drawn us closer together,” Katie said. “We don’t want to be without each other.”

Don didn’t have a car, so he walked two hours every day from his home in Wolfdale to Katie’s house to visit her, and Katie and her grandmother would drive him home.

Don, who works in the gas fields, spends up to two weeks at a time away from home at sites in the tri-state area, and Katie, a medical assistant for Allegheny Health Network, handles responsibilities – paying bills, driving the kids to sports practices, running the house – when he’s gone.

When Don is home, the family spends as much time together as they can – going out to dinner, to the movies, or doing activities at home with each other. They enjoy beach vacations, when Katie remains upright and uninjured.

The couple said their marriage and family are priorities, in part because they both came from broken homes.

Don didn’t meet his father until he was 16; Katie was raised by her grandmother, Mary Iskey.

“Family is so important to us. I don’t want my kids to go through anything like I went through. Family is everything,” said Don.

The Dunns said marriage is filled with challenges – especially when they were married teenagers, still navigating what it meant to be a good partner – but they’ve learned that communication is important in a relationship.

They never go to bed angry, and they talk out issues. They carve out time to be together.

“I tell her all the time, “Never leave ‘I love you’ left unsaid,” Don said.