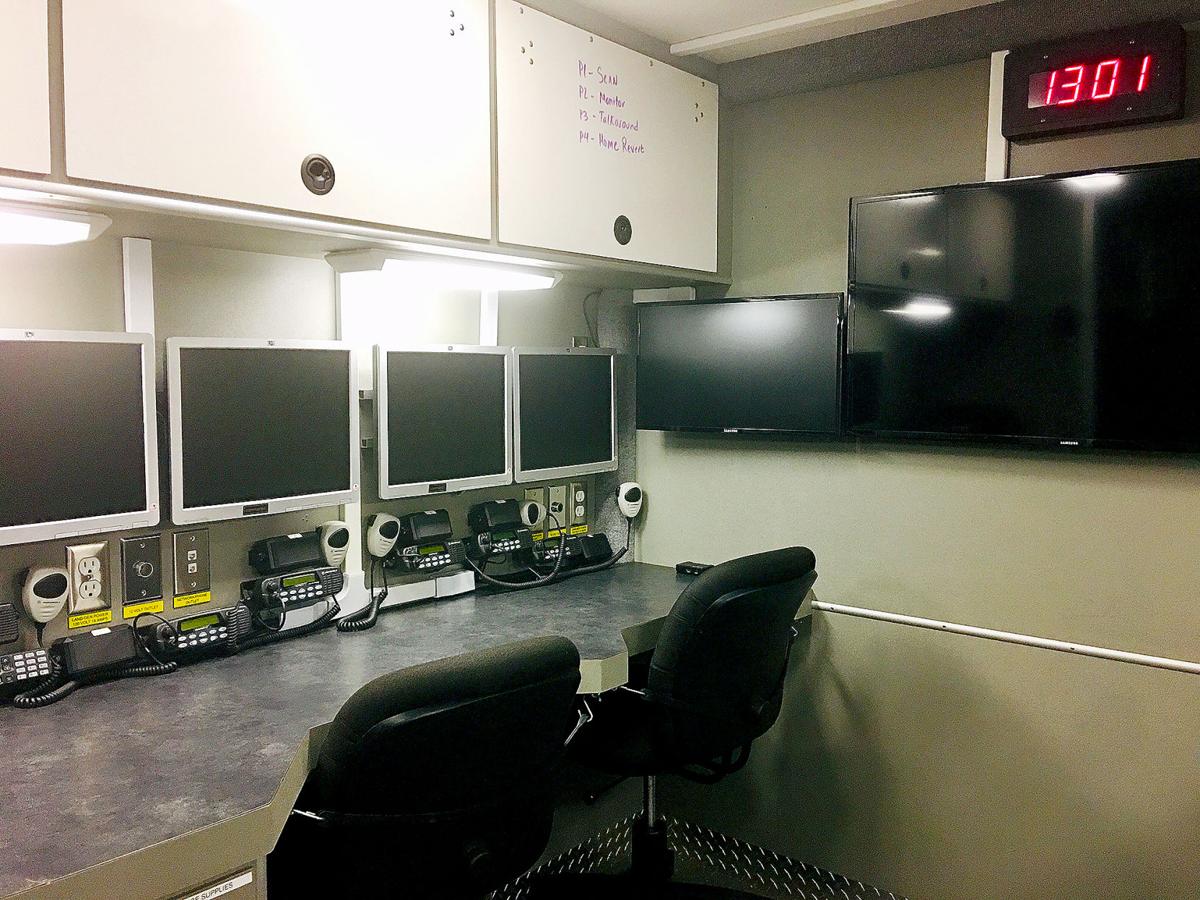 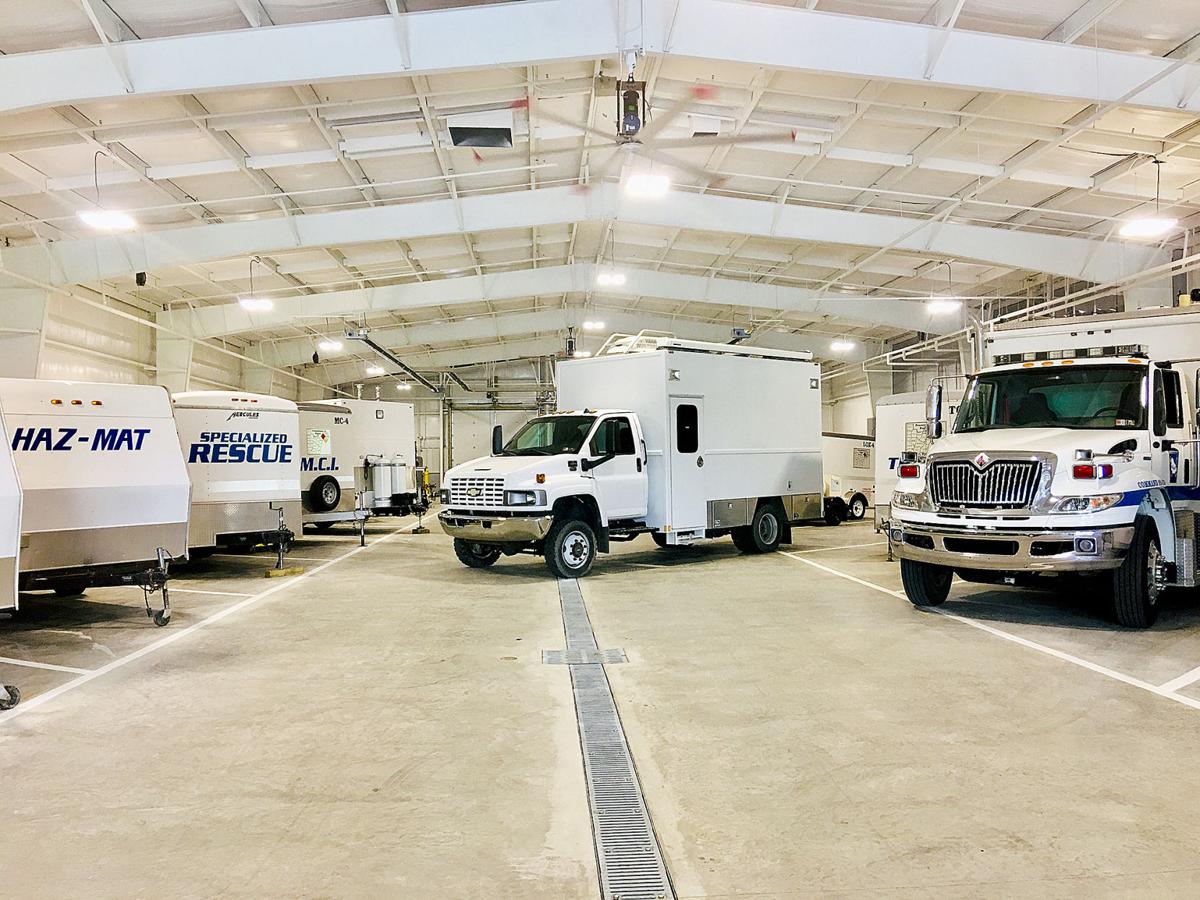 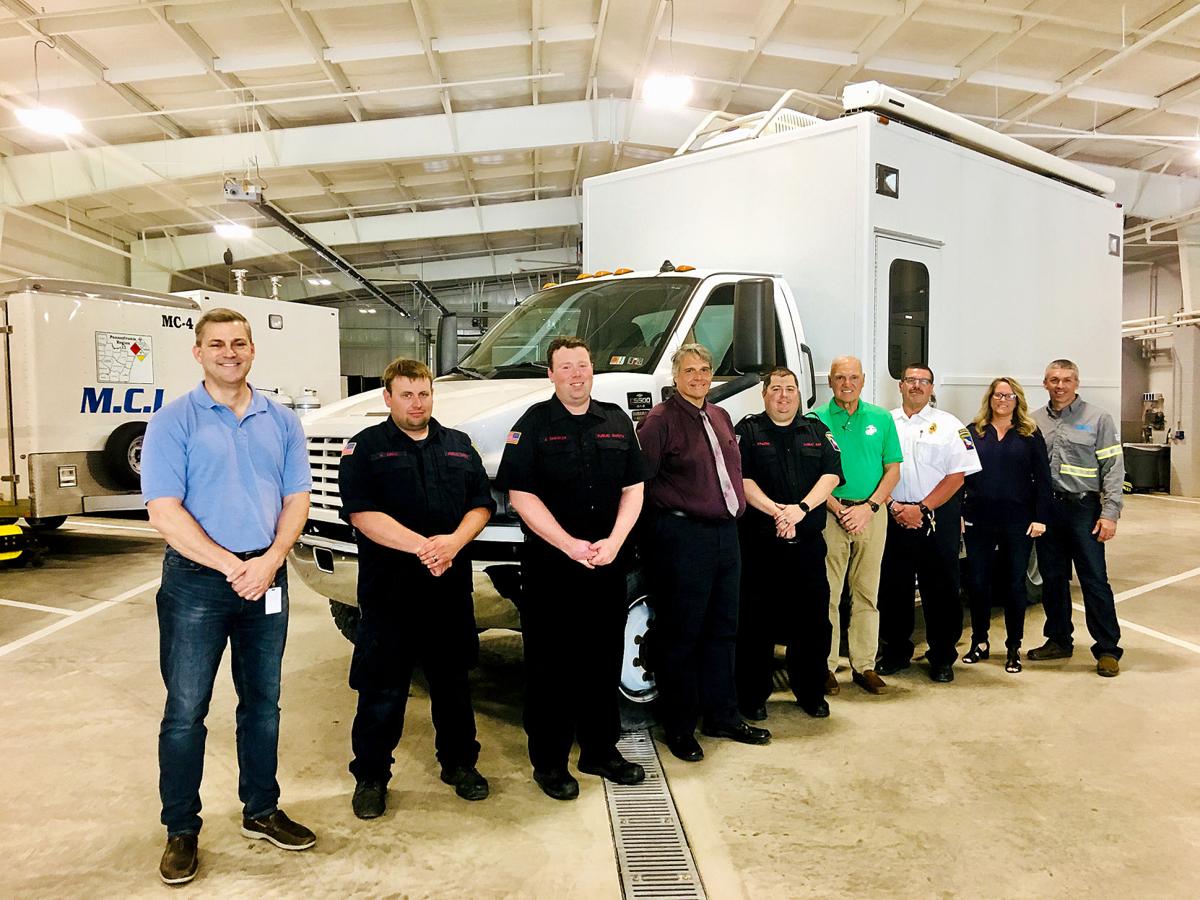 CNX, the Southpointe-based natural gas exploration and production company, donated its incident response truck to the agency Tuesday, doubling its fleet. The corporate gift was presented Tuesday afternoon during a ceremony at the new Public Safety Building, located at Washington County Airport.

The Public Safety Department expanded to that building about three weeks ago. Its fleet of vehicles will be housed there.

The airport – mostly in South Franklin Township, and partly in North Franklin – was an appropriate venue Tuesday. The second truck sent spirits soaring.

“It gives us enhanced capabilities because it’s smaller and can get us into places the other truck couldn’t go,” said Jeff Yates, county director of public safety. “And it still allows us to have good communications, video surveillance and do accountability right on site.

“The other thing ... is it will also function as a place for hostage negotiators in a SWAT situation. And we have other incidents that it will allow us to get a little closer to with the four-wheel-drive capabilities.”

Agency personnel will configure the new truck as a mobile command center. It will feature communications, radios, a satellite dish, mobile hotspot to provide wifi internet access in the field, emergency lighting, laptops and a generator.

This new truck is older but gently used, a 2006 Chevy C5500 with 4,126 miles. It was initially designed to provide air quality samples in the field at mine and gas sites, but has not been used the past few years.

CNX said it made the donation “as part of our continued effort to enhance collaboration and communication with” the Public Safety Department.

“This is an example where we’ve worked together for the betterment of Washington County and the people in it,” he said.

The Emergency Management Agency responds to up to 180 calls per year, including parades and other planned events.

“We appreciate it, and it certainly helps out the taxpayers of Washington County,” Maggi said.