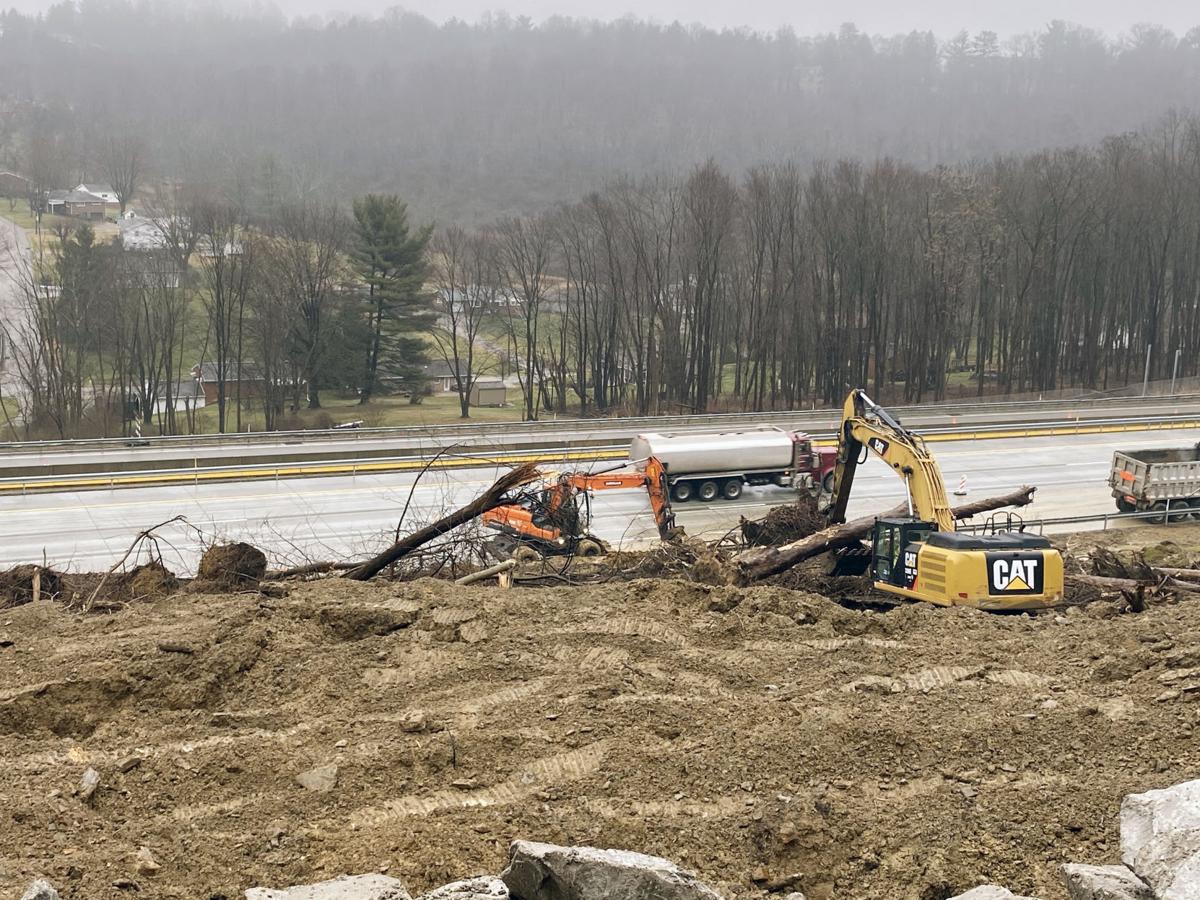 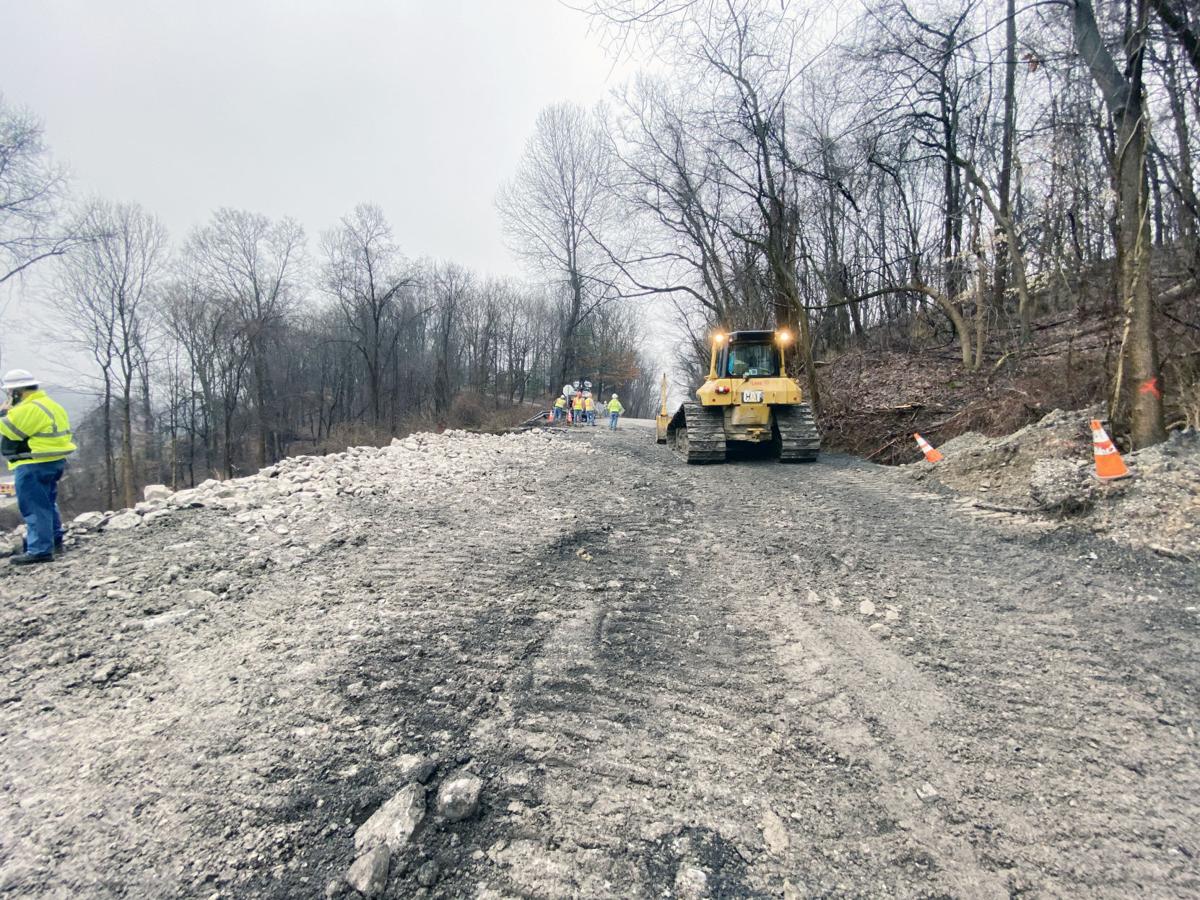 Though Clare Drive reopened to residents Thursday, the slip that occurred earlier in the week will continue to affect traffic on Interstate 70.

According to Bill Kovach, a state Department of Transportation assistant District 12 executive, a portion of I-70 will be restricted to one lane for a few days.

Clare Drive is situated on a hill that directly overlooks the interstate. On Thursday, PennDOT's equipment was removing trees and making sure that debris did not slide onto the road.

Clare Drive is also near the interchange of I-70 and 79, and the lane restriction caused heavy traffic delays on Wednesday.

The slip was caused by heavily saturated soil beneath the road. PennDOT officials on Wednesday were concerned that additional rain would push back repairs.

However, Kovach said crews made enough progress Wednesday that the rain did not have much of an impact.

South Strabane Township offered to assist the residents who live beyond where the slip occurred with hotel accommodations. Kovach estimated the road would reopen for those residents by 7 p.m. Thursday.