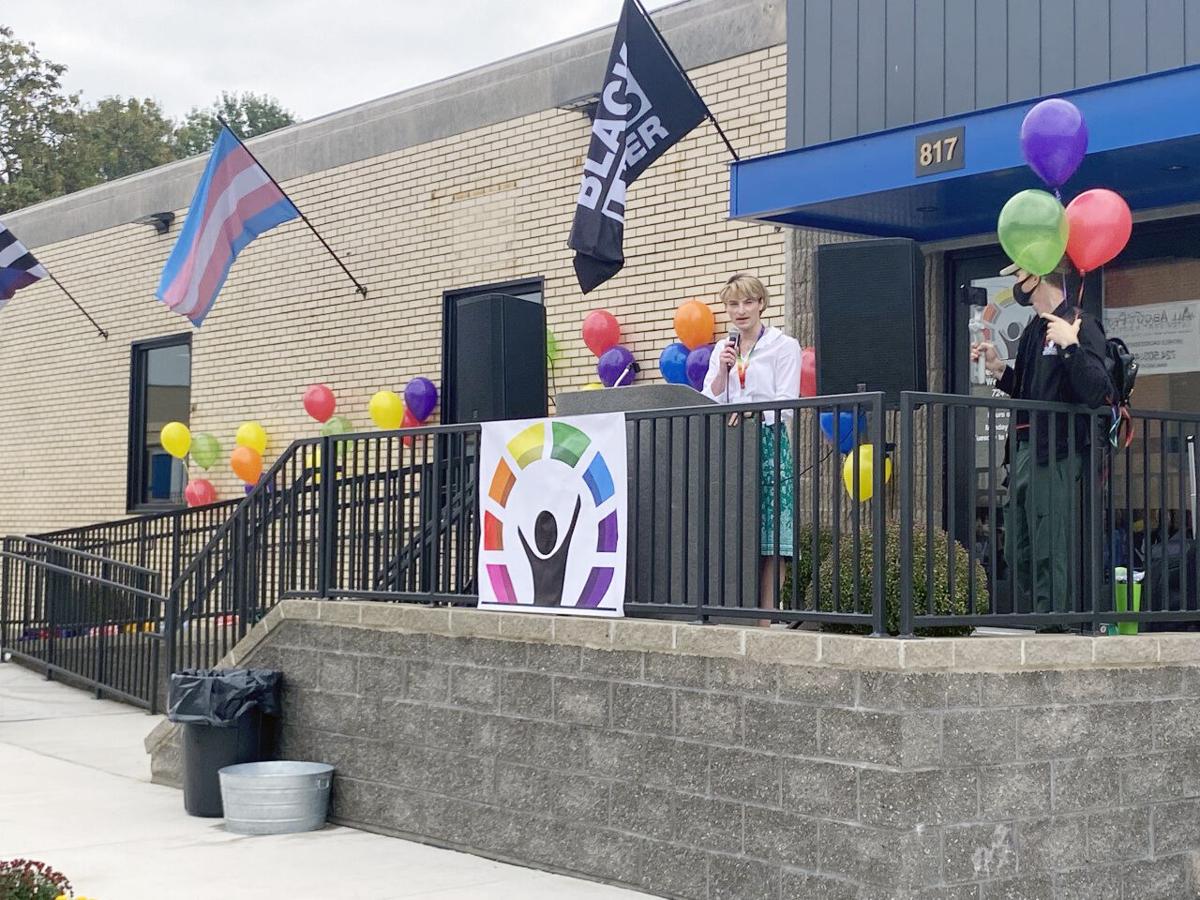 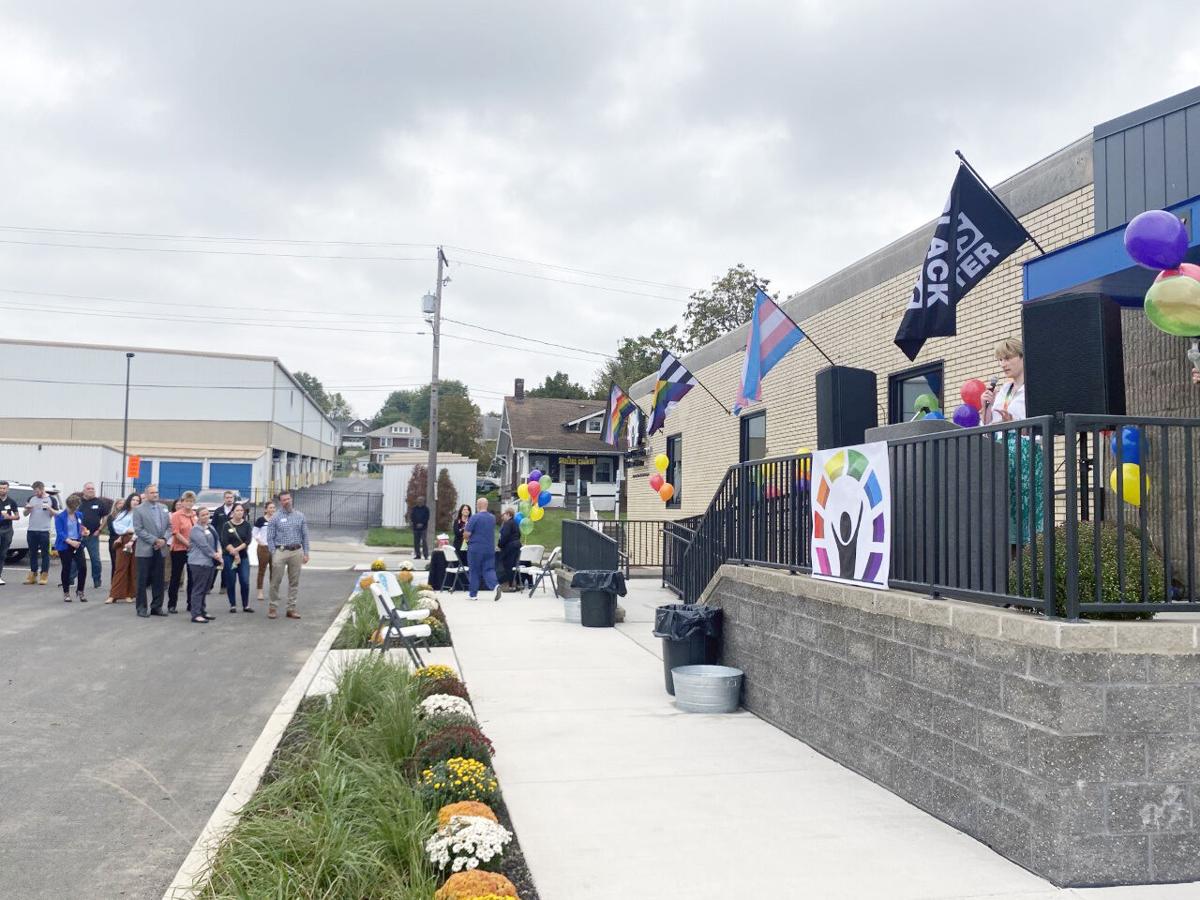 A large crowd gathered in the parking lot to hear Ketchum speak and then tour the new facility. 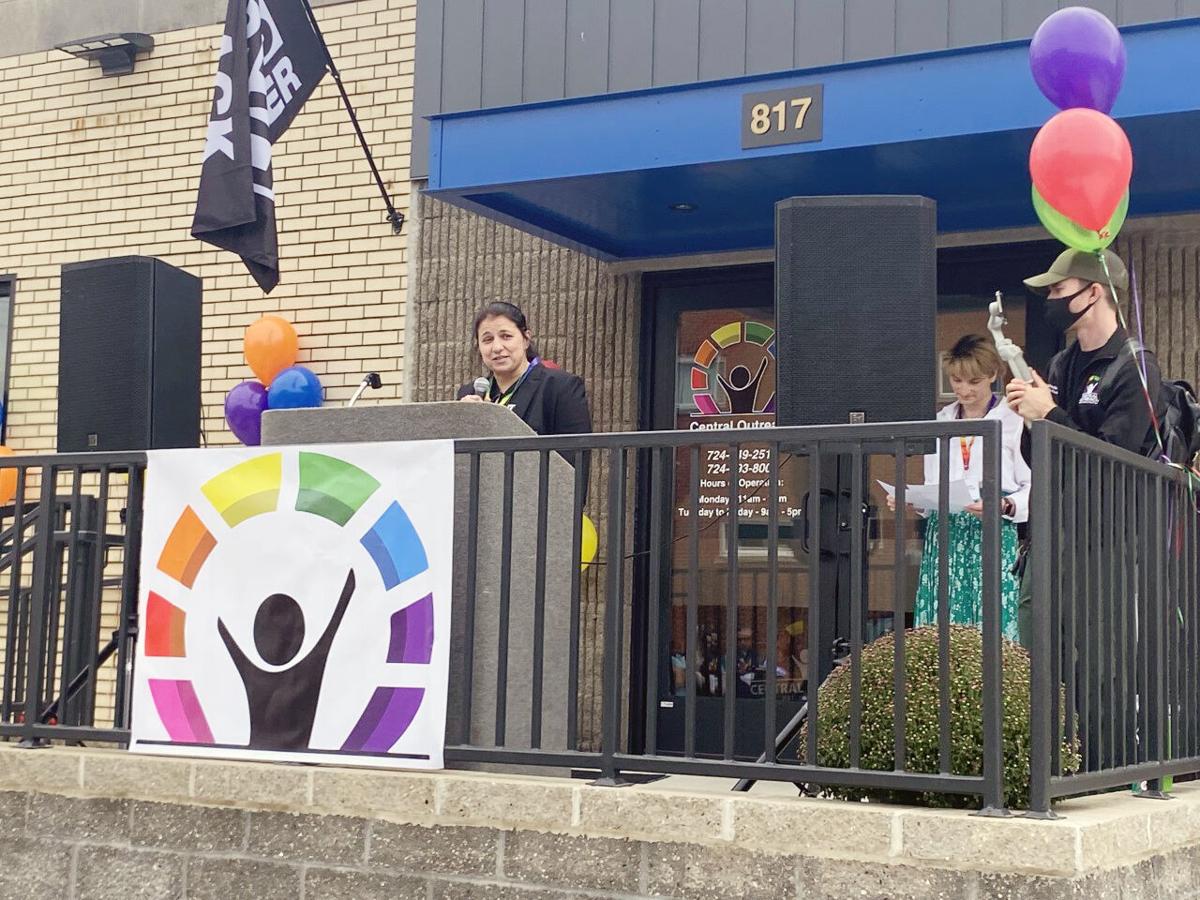 Dr. Stacy Lane, the founder of Central Outreach Wellness Center, spoke about why she started the clinic in 2015. 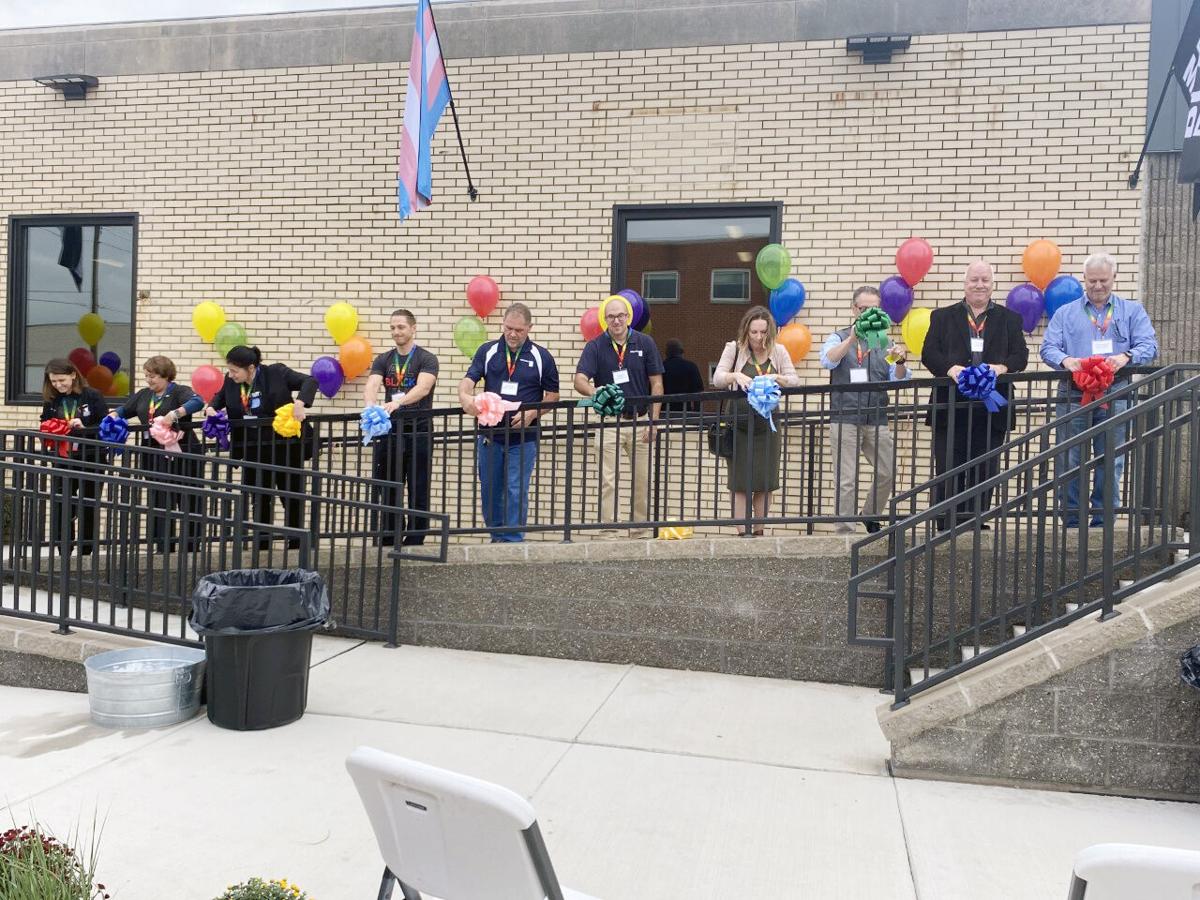 A large crowd gathered in the parking lot to hear Ketchum speak and then tour the new facility.

Dr. Stacy Lane, the founder of Central Outreach Wellness Center, spoke about why she started the clinic in 2015.

“I remember Carol Priest, Ryan McMullan, and their whole crew rolling up in the biggest and queerest party bus I have ever seen,” Ketchum said, referring to the organizaton’s clinician and business administrator. “It is affectionally known as the ‘Outreach Van.’”

Ketchum, who drew national attention in 2020 after winning a seat on Wheeling City Council and becoming the first openly transgender elected official in West Virginia, shared that story while speaking at Wednesday’s grand opening for Central Outreach’s new facility at 817 Jefferson Ave. in Washington.

Central Outreach Wellness Center is a clinic with a focus on providing health care to the LGBTQIA community.

Ketchum went on to describe how Central Outreach was able to provide important services to her community that day, such as STD and HIV testing.

“I can tell you for certain that many of my queer friends and family members were able to know their status that day because of this. Many for the first time in their lives. I couldn’t be more thankful for the work they did that day,” Ketchum said.

“I’d love to tell you that I loved W&J and my college experience and living in Washington so much that I wanted to come back here and do this kind of work here. That’s not what happened,” Lane said. “College was tough. Pre-med was tough. I had an uncle that was dying of AIDS. That’s what drove me.”

Lane described how when they originally opened in Pittsburgh, patients came from Ohio and West Virginia for services that were not available where they lived.

“Washington, PA ... was the perfect place, because I was able to get reciprocity for the state of Ohio, and the state of West Virginia, and I could provide for all those states if I had an office here,” Lane said.

Ketchum said she has referred many friends to Central Outreach’s Washington location.

“It’s so needed, it’s so important, but in a place like West Virginia, it’s so rare. So I’m excited to be here to able to support that,” Ketchum said before her remarks at Wednesday’s event.

After Ketchum and Lane spoke, they and several others tied ribbons to the handrail that leads to the building’s main entrance, meant to symbolize the “tying” of Central Outreach to the Washington community.

Ketchum expressed interest in an organization like Central Outreach moving into Wheeling, and thinks it could be successful despite preconceived notions about the state’s political leanings.

“I have plenty of conservative folks in my family who are incredibly accepting and inclusive around LGBTQ folks, and I think it’s not a mutually exclusive conversation. We can have really important health care serving very vulnerable populations in communities that are stereotypically conservative,” Ketchum said.

“I think that’s a win. I know that can happen in West Virginia ... and I think we maybe don’t give enough credit to some conservative communities for their ability to embrace LGBTQ neighbors.”