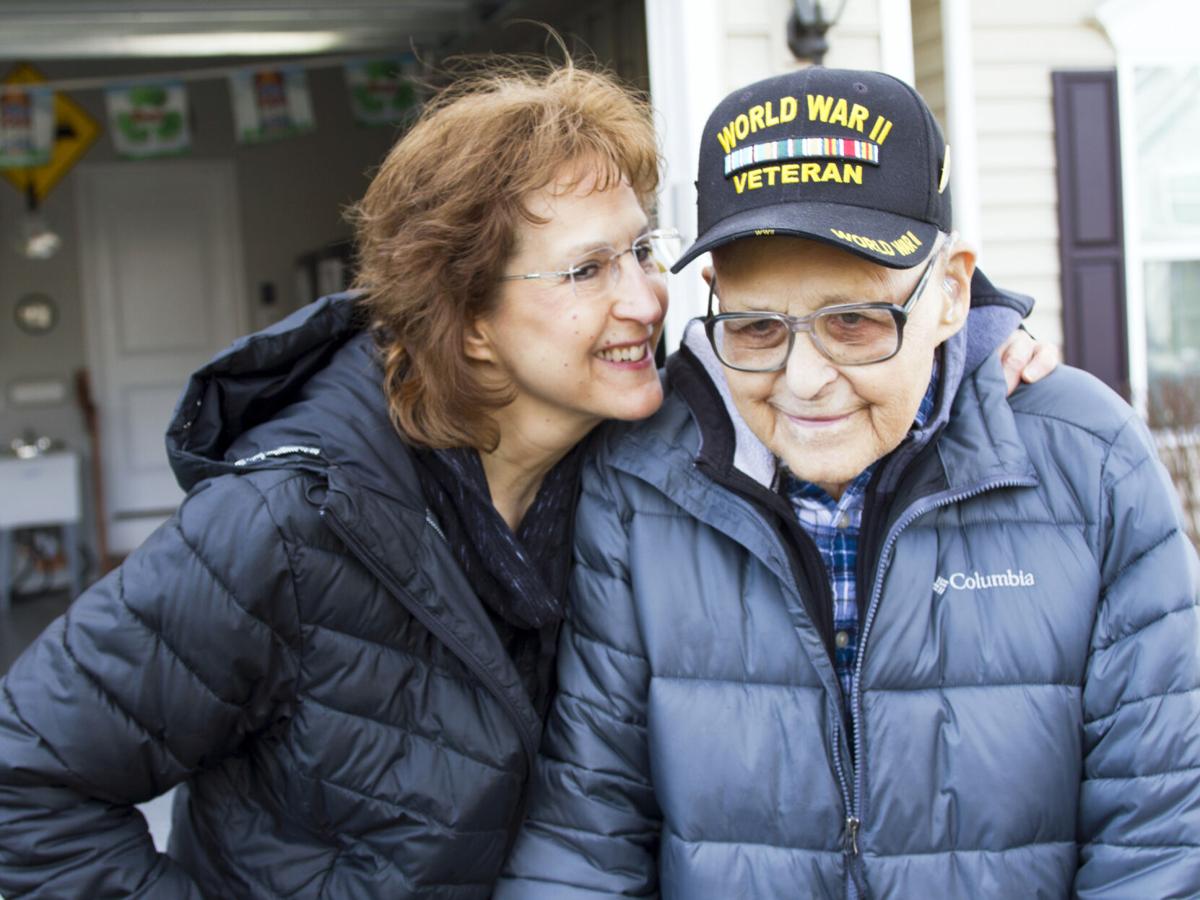 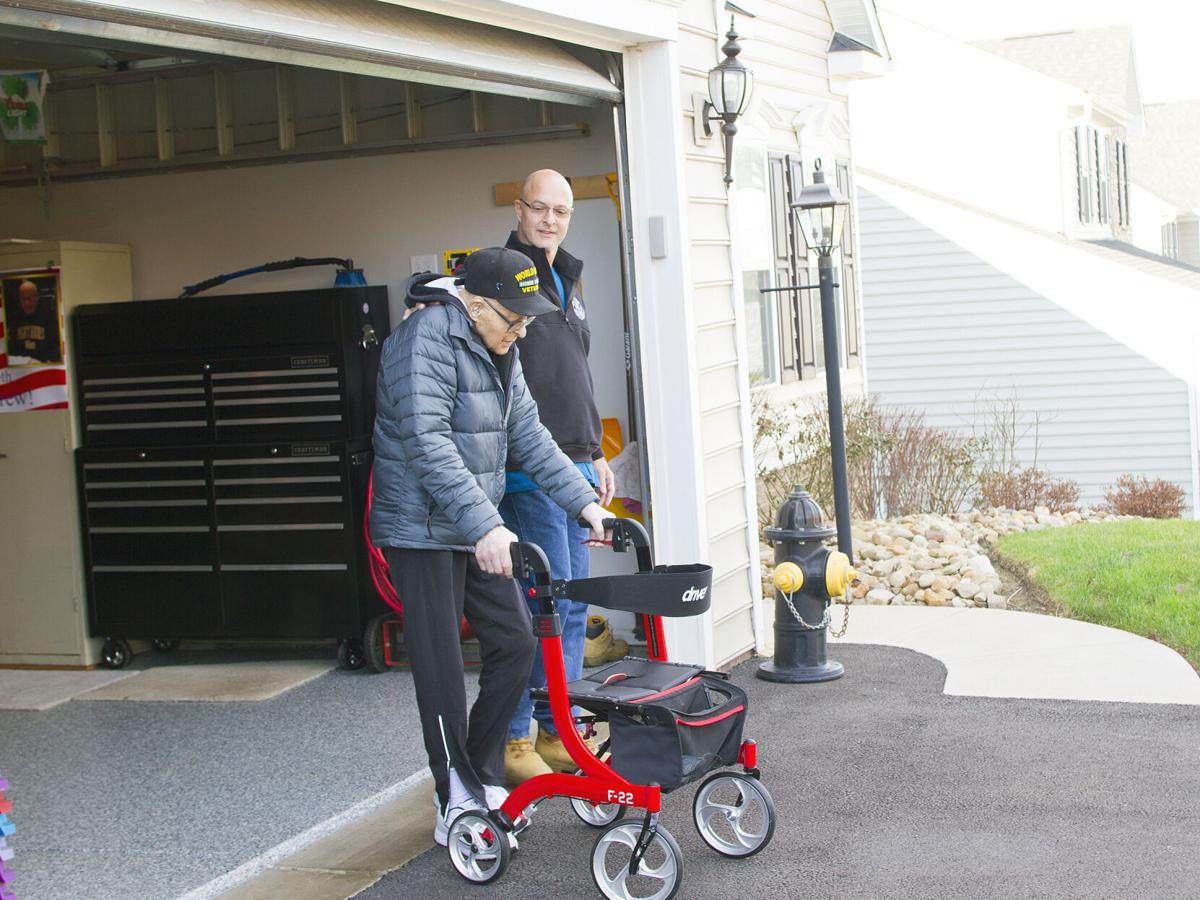 Andrew Slavonic emerges from his garage, accompanied by son Bob. 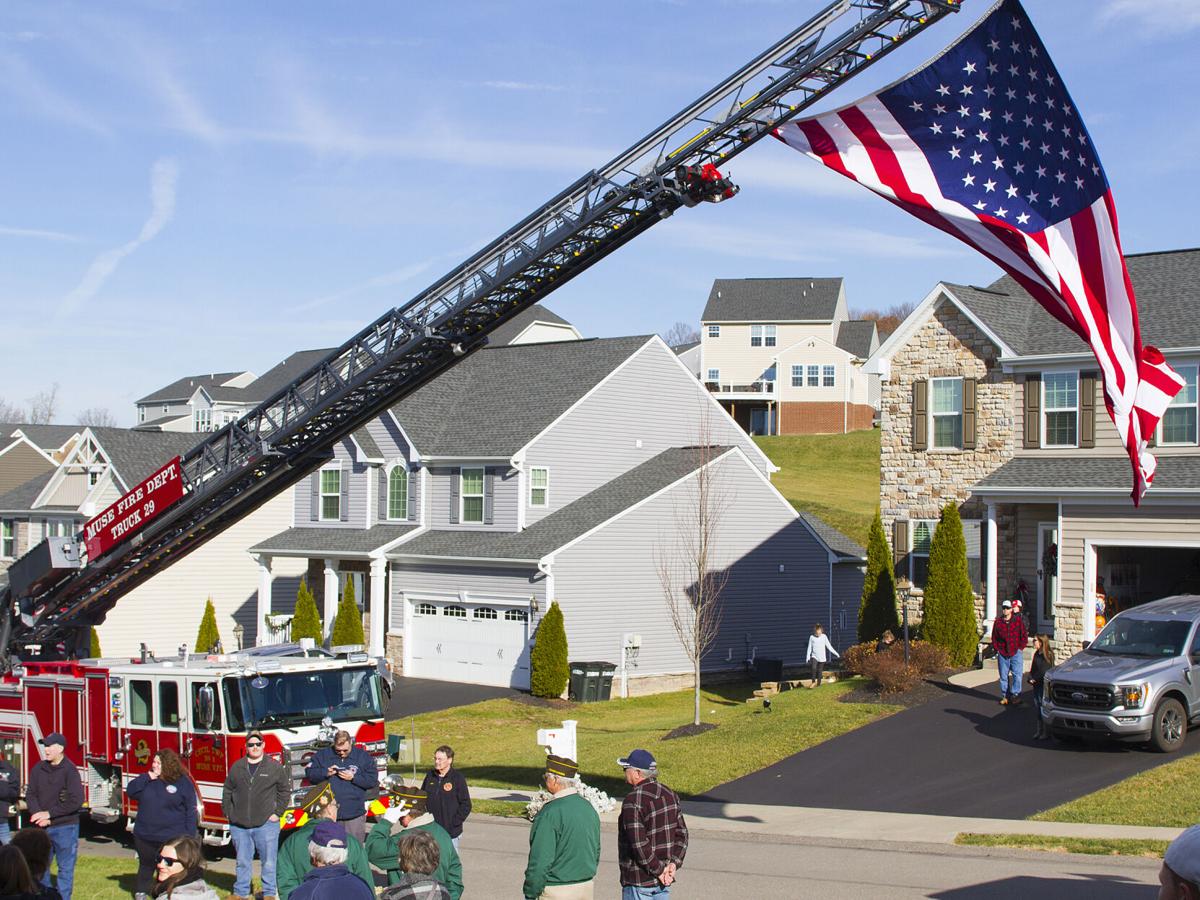 The U.S. flag flies from atop Muse Fire Department’s Truck 29. 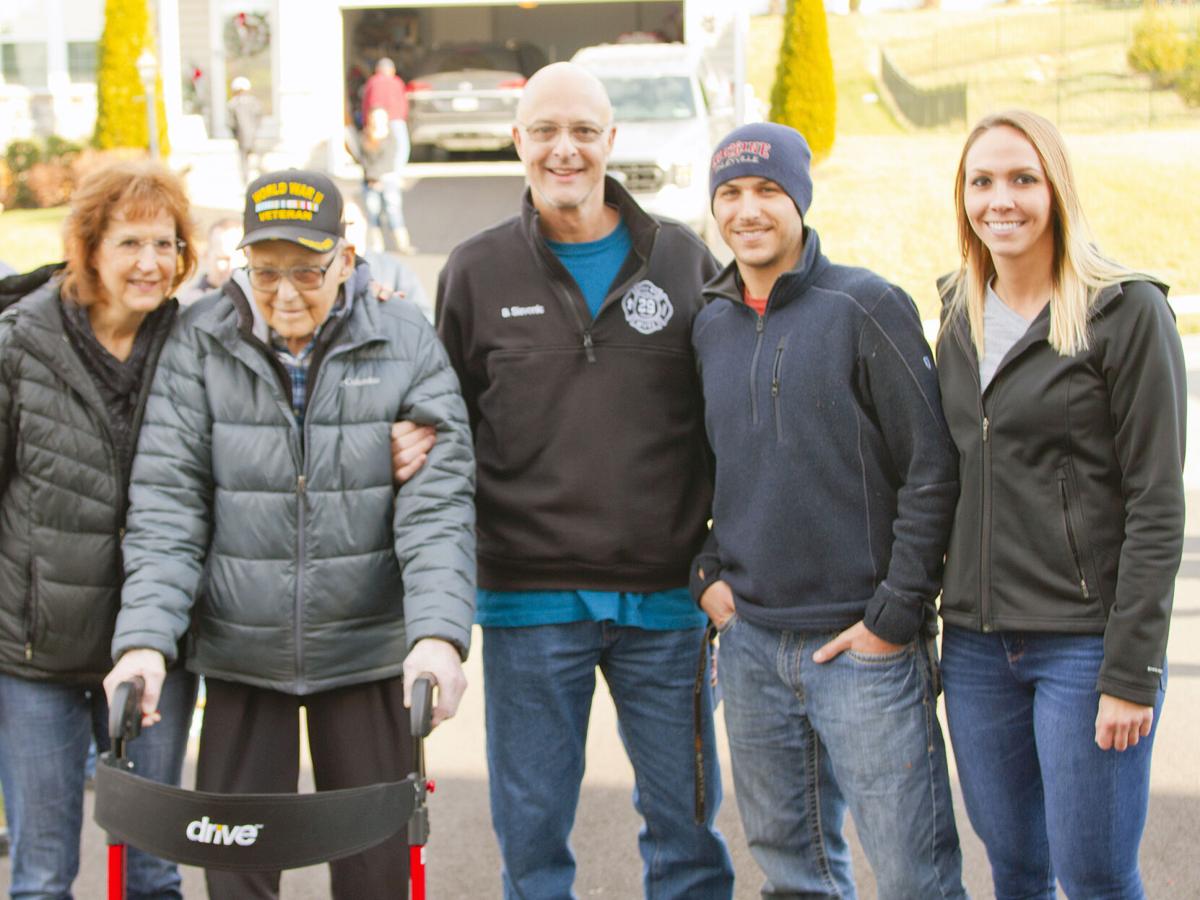 Andrew Slavonic is joined by, from left, his daughter, Sue Melzer; son, Bob Slavonic; and grandchildren, Jason and Jamie Melzer. 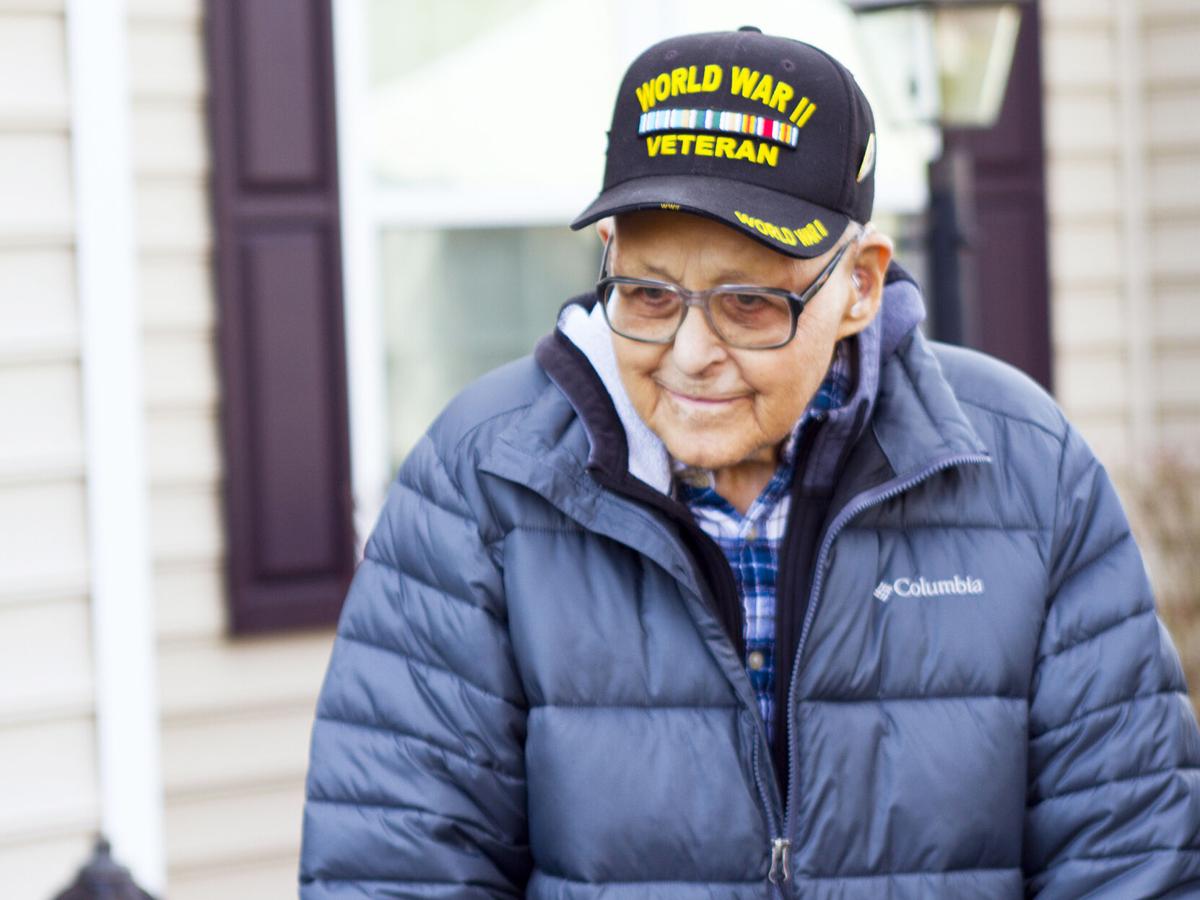 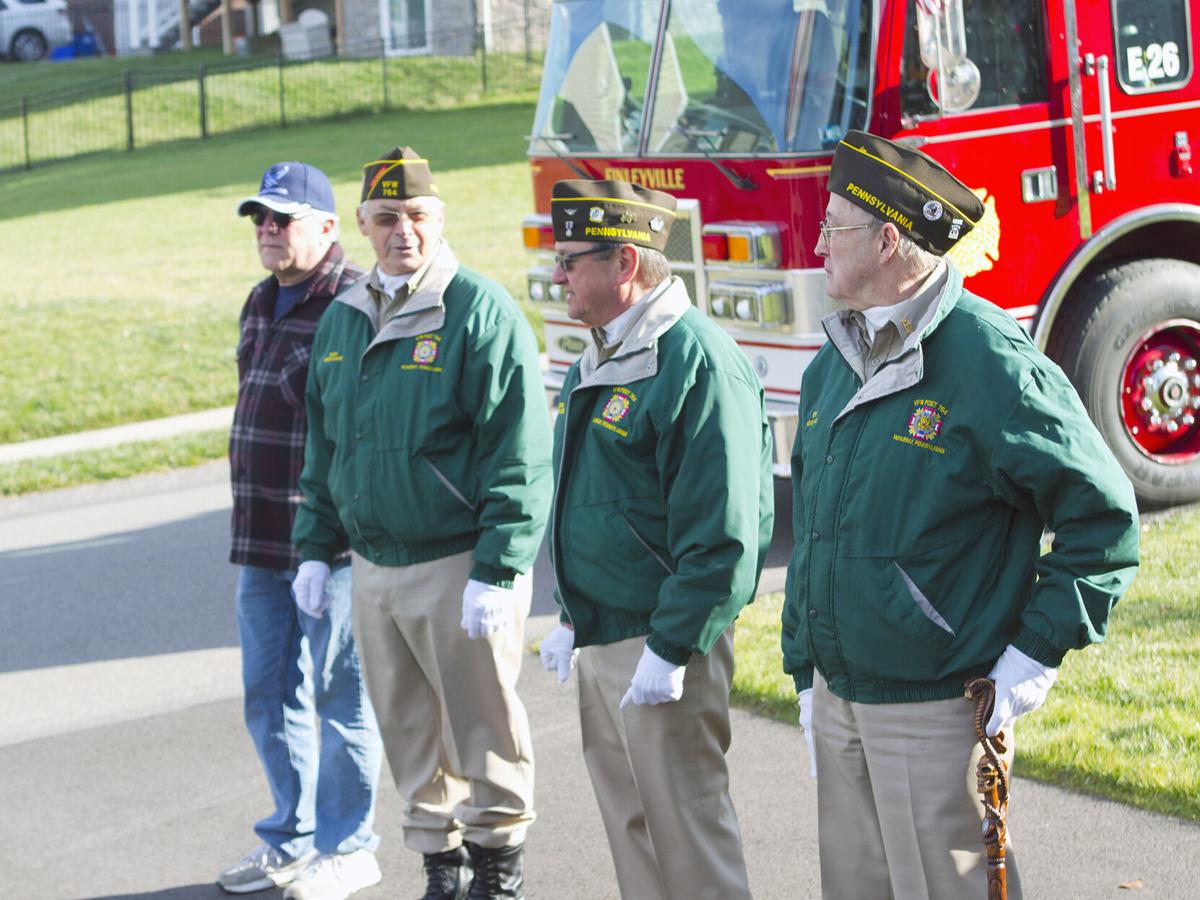 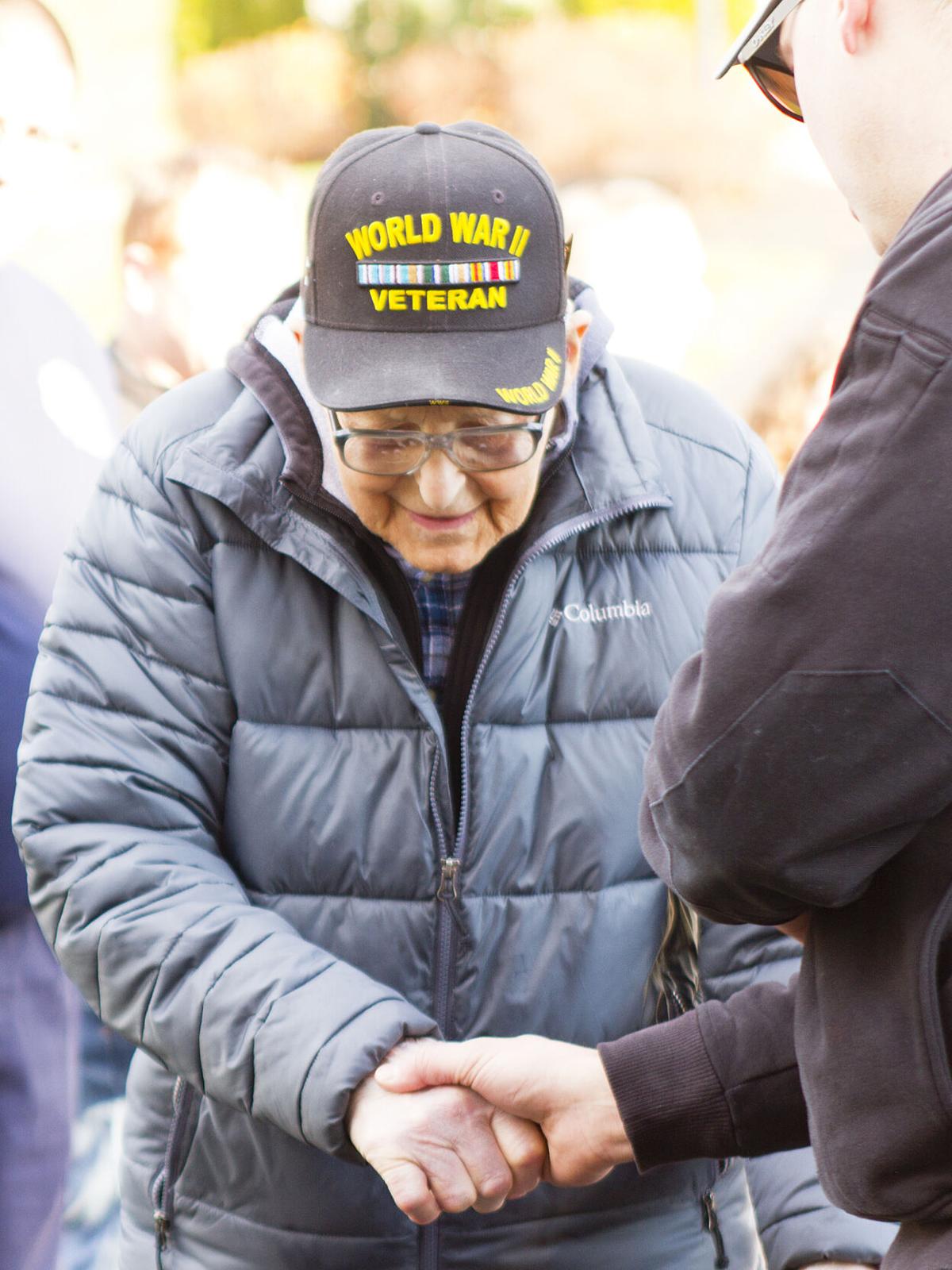 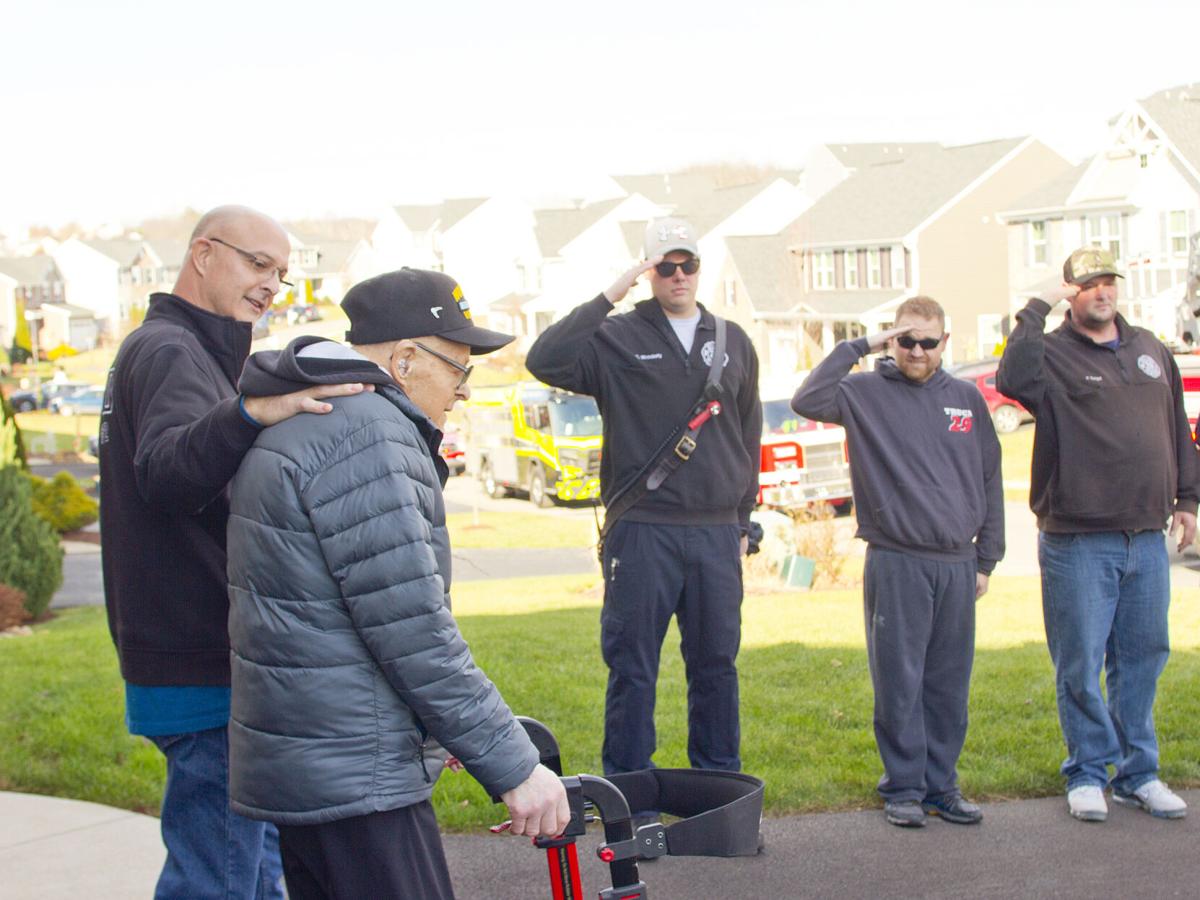 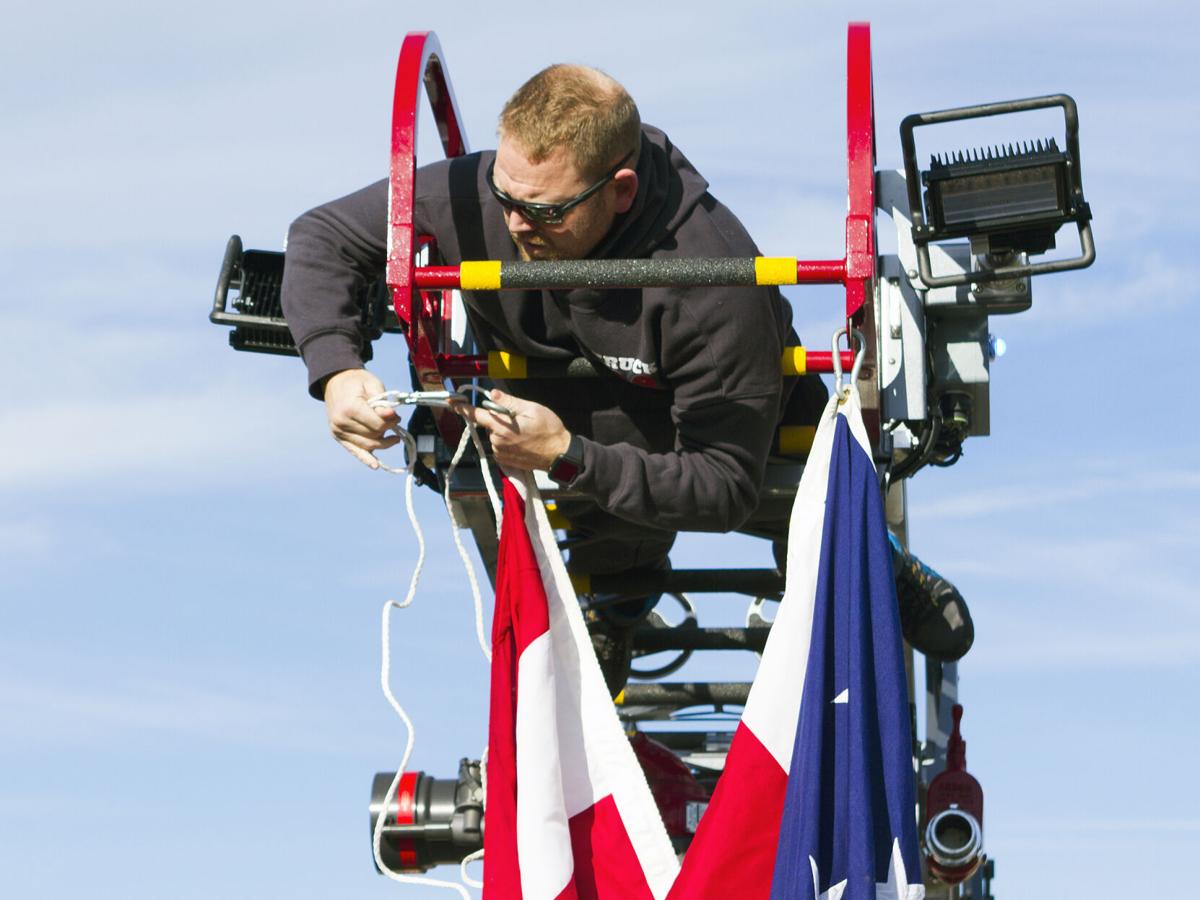 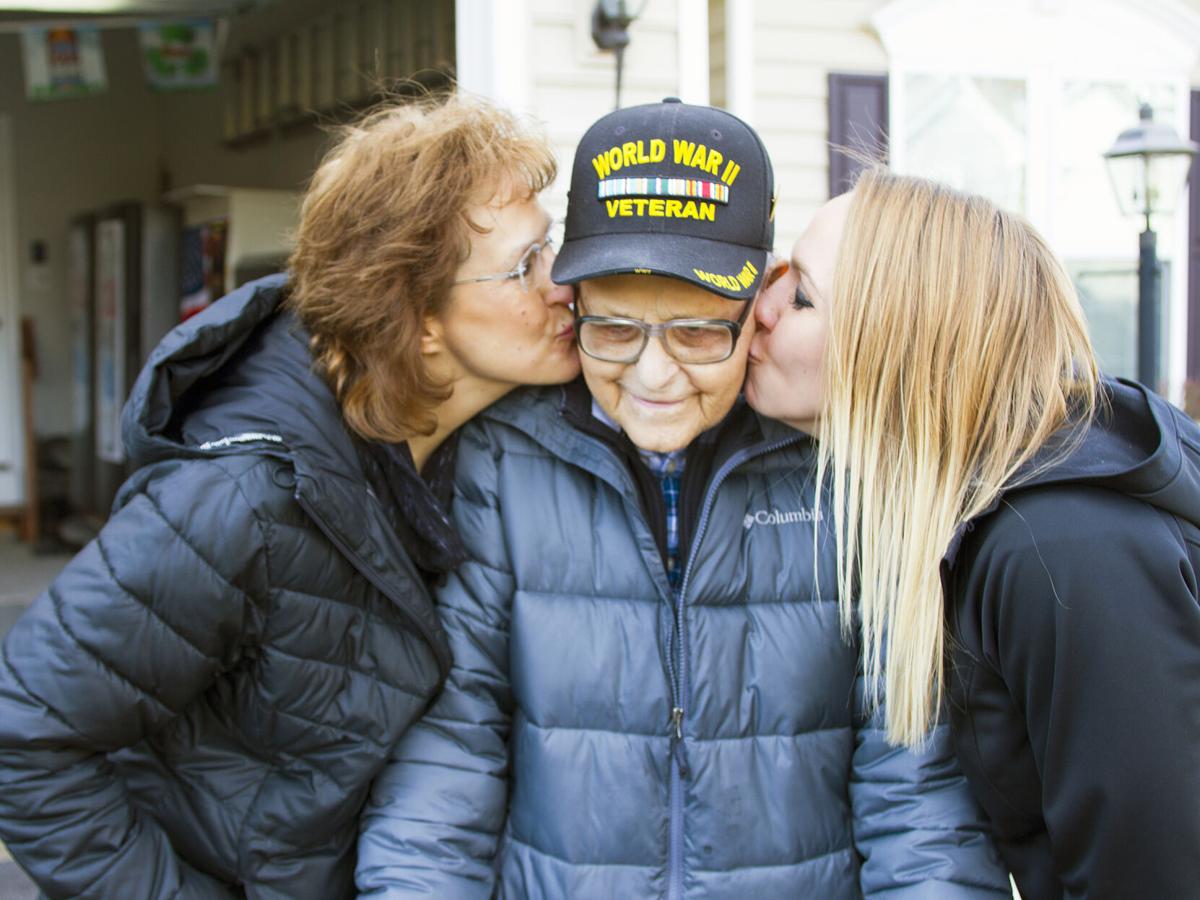 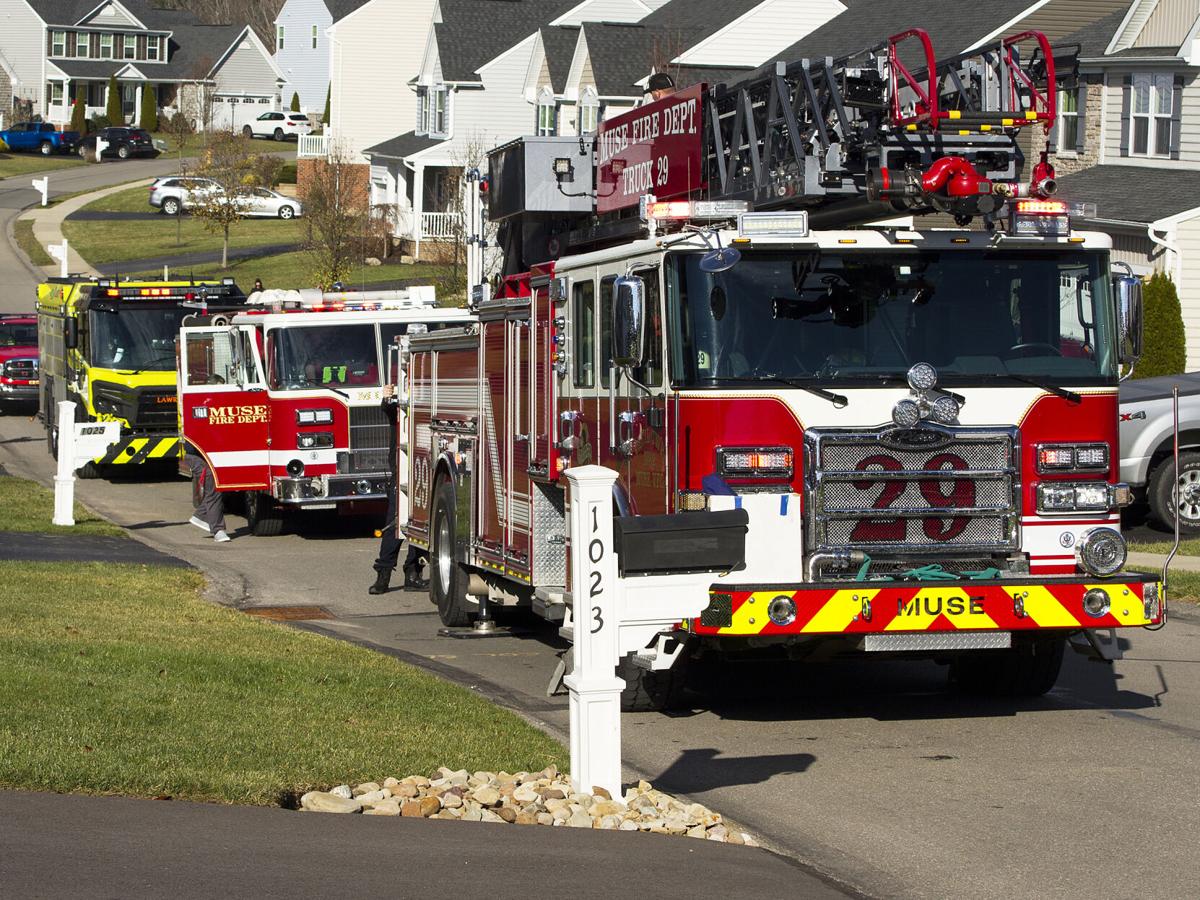 Andrew Slavonic is joined by, from left, his daughter, Sue Melzer; son, Bob Slavonic; and grandchildren, Jason and Jamie Melzer.

Surprise parties usually involve someone walking into a room full of people ready to yell.

For Andrew Slavonic, the revelation took place when he ventured outside of his Cecil Township house.

To help celebrate his 104th birthday, several fire engines lined his street. And flying from the ladder of Muse Fire Department’s Truck 29 was a grand U.S. flag, honoring his service in the U.S. Army Air Corps during World War II.

His birthday actually was on Dec. 1, but his son, Bob, and other members of his family organized the celebration for three days later, on what turned out to be a bright, unseasonably warm Saturday.

Andrew is a former resident of Peters Township and still travels there to visit Veterans of Foreign Wars Memorial Park Post 764. Members of the post’s honor guard attended the birthday event to salute him.

His daughter, Sue Melzer of Bethel Park, and her children, Jason and Jamie Melzer, also were present to wish him well.

And wishing him well from Golden, Colo., were the folks at Coors Brewing Co., who sent Andrew a special gift pack, including a sturdy cooler. He is a big fan of Coors Light, and the company actually hosted him for a visit as an honored guest when he was 101.

The Hazelwood native graduated from Central Catholic High School in 1934, and after enlisting in the Air Corps during World War II, he served as a nose gunner on the B-24 Liberator and top turret gunner on the B17 Flying Fortress. He also trained new pilots who were transitioning from two-engine to four-engine planes.

After the military, he began working sales for local steel companies while attending night school at the University of Pittsburgh. He retired from Allegheny Ludlum in Washington in 1996.

He and his wife, Patricia, were married for 47 years until her passing in 2005, and he now lives with his son.