“Cecil is a very popular place to live because of lower taxes, housing construction, police and fire services, and easy access for commuters,” said the township supervisors chair. “A lot of people work at Southpointe and want to be close to their jobs.

“The township provides a rural feel while providing the amenities of larger communities. And we expect the numbers to keep growing because large portions of the township are undeveloped.” 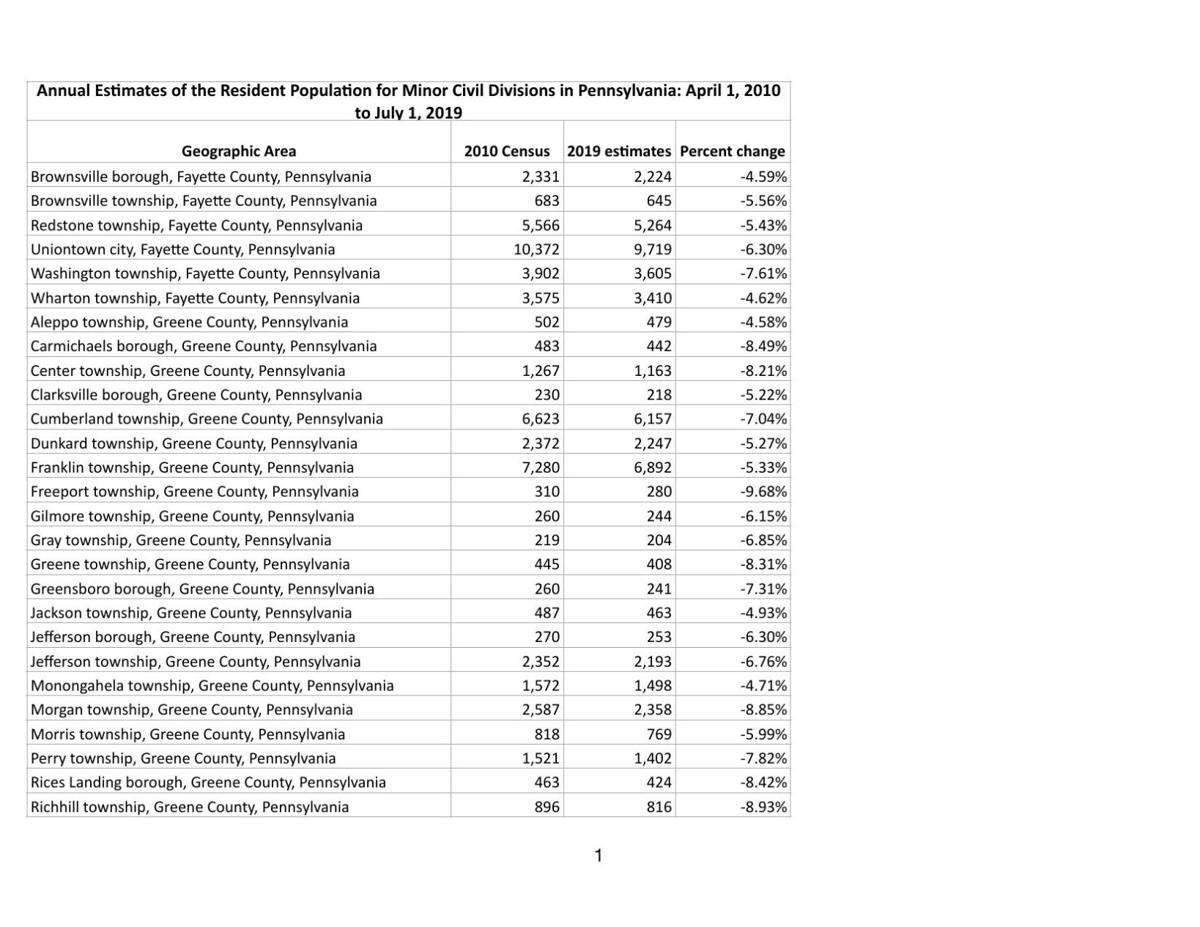 Ahead of its official 10-year population count, due later this year, the U.S. Census Bureau this week released 2019 population estimates for municipalities nationwide. Among 90 incorporated communities in Washington and Greene counties, Cecil not only posted the largest increase in residents since the official 2010 Census, but also the biggest jump percentage-wise. The bureau pegged the township’s population for July 1, 2019, at 13,054 – a bump of 1,783 residents, or 15.82%, from 11,271 nine years ago.

Last year’s figures are estimates, to be sure, but they lend insight into trends of population growth and decrease. Of those 90 municipalities in the two counties, only seven posted increases from 2010. All are in Washington County – Dunlevy Borough and the townships of Cecil, Chartiers, Mount Pleasant, North Strabane, Peters Township and South Strabane.

Greene County has 26 municipalities (20 townships and six boroughs) and nearly half – 12 towns – lost 7% or more of their population. Washington has 64 municipalities (32 townships, 30 boroughs and two cities).

Washington County’s growth has decidedly been in its northern township. North Strabane, according to the estimated numbers, experienced the second largest percentage increase in the county over the nine-year period – 7.96%. New housing also has bumped upward there, putting that township’s 2019 figure at 14,475, up from 13,408 in 2020.

The city of Washington has lost an estimated 1.6% of its population since 2010, dropping from 13,663 to 13,433 last year. That is a loss of 230 residents. Washington, however, still has the third largest population in the county.

Peters, according to the Census figures, remained Washington County’s most populous municipality in 2019, more than 7,500 residents ahead of the runner-up, North Strabane. Cecil is fourth, 379 behind Washington. South Strabane is fifth.