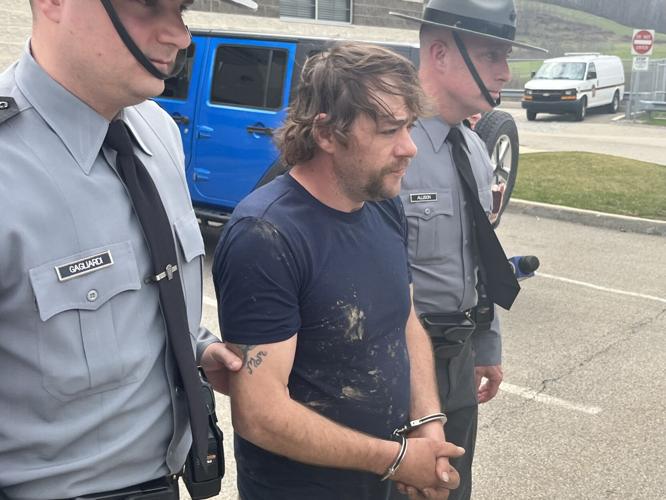 Melvin Ringer is led from the state police barracks to be transported to his arraignment. 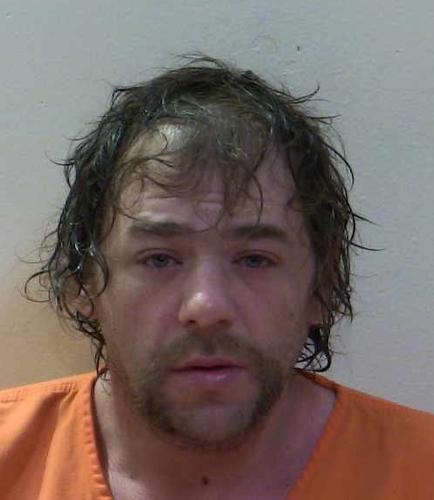 The Canton Township man accused of firing a rifle at his wife and her new lover, striking the man in the back last month, waived his case to court before his scheduled preliminary hearing Thursday afternoon.

Melvin Charles Ringer waived two counts each of attempted homicide, aggravated assault and reckless endangerment, while prosecutors agreed to withdraw one charge of prohibited possession of a firearm before the preliminary hearing before District Judge James Saieva Jr. in Washington County Central Court.

State police said Ringer, 40, of 1426 Spencer Ave., got into an argument in the early hours of April 13 with his wife, Amanda Ringer, and Everett Miller, who had been staying with the couple at their Canton Township home. Police said Amanda Ringer told Melvin that she wanted a divorce and that she had started a relationship with Miller.

That prompted Ringer to tell them to leave before he allegedly retrieved a .22-caliber rifle and began loading it, police said. He fired one shot that struck Miller in the back, police said, but Amanda Ringer and Miller were able to get to her vehicle to leave. Police said Ringer then fired another shot at the vehicle that blew out its back window.

Amanda Ringer took Miller to Washington Hospital, although it was unclear if he was taken to another hospital for more treatment. Police said at the time he was stable, although the severity of injuries was not released.

A lengthy standoff with state police ensued at Ringer’s house with two children inside. The children were not harmed or in danger, police said at the time, and Ringer eventually came out without incident.

Ringer is being held at the Washington County jail on $750,000 bond.