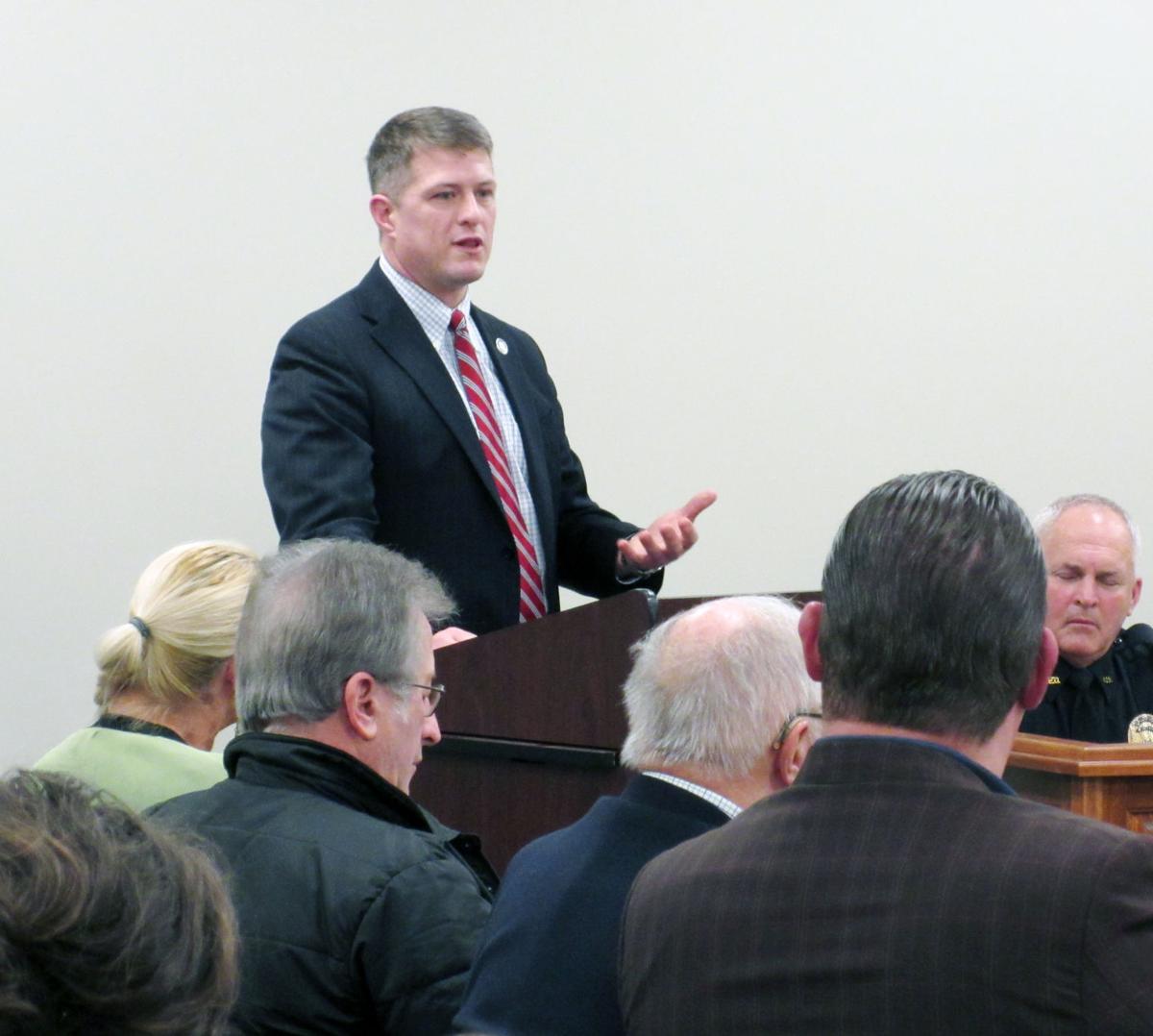 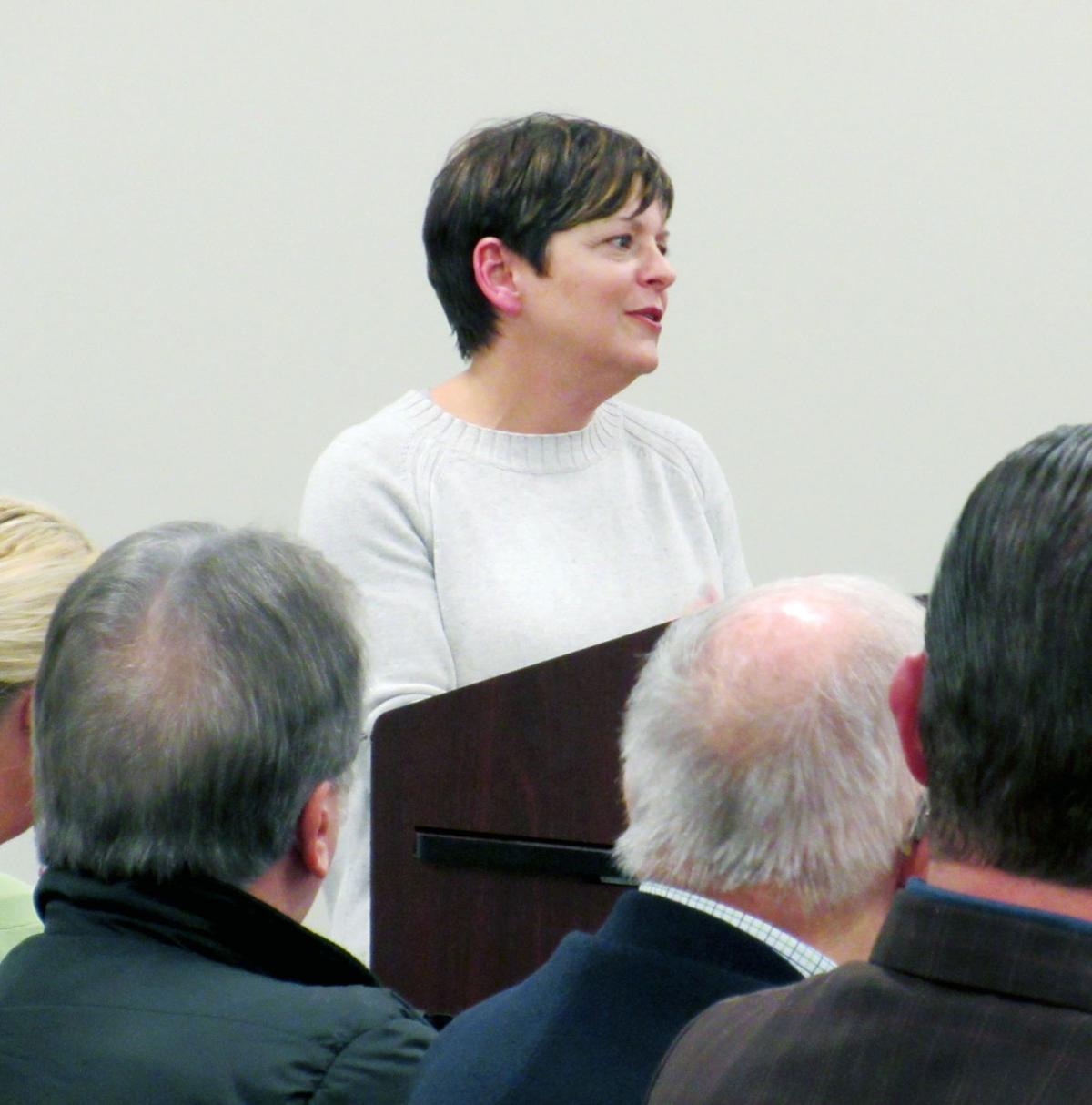 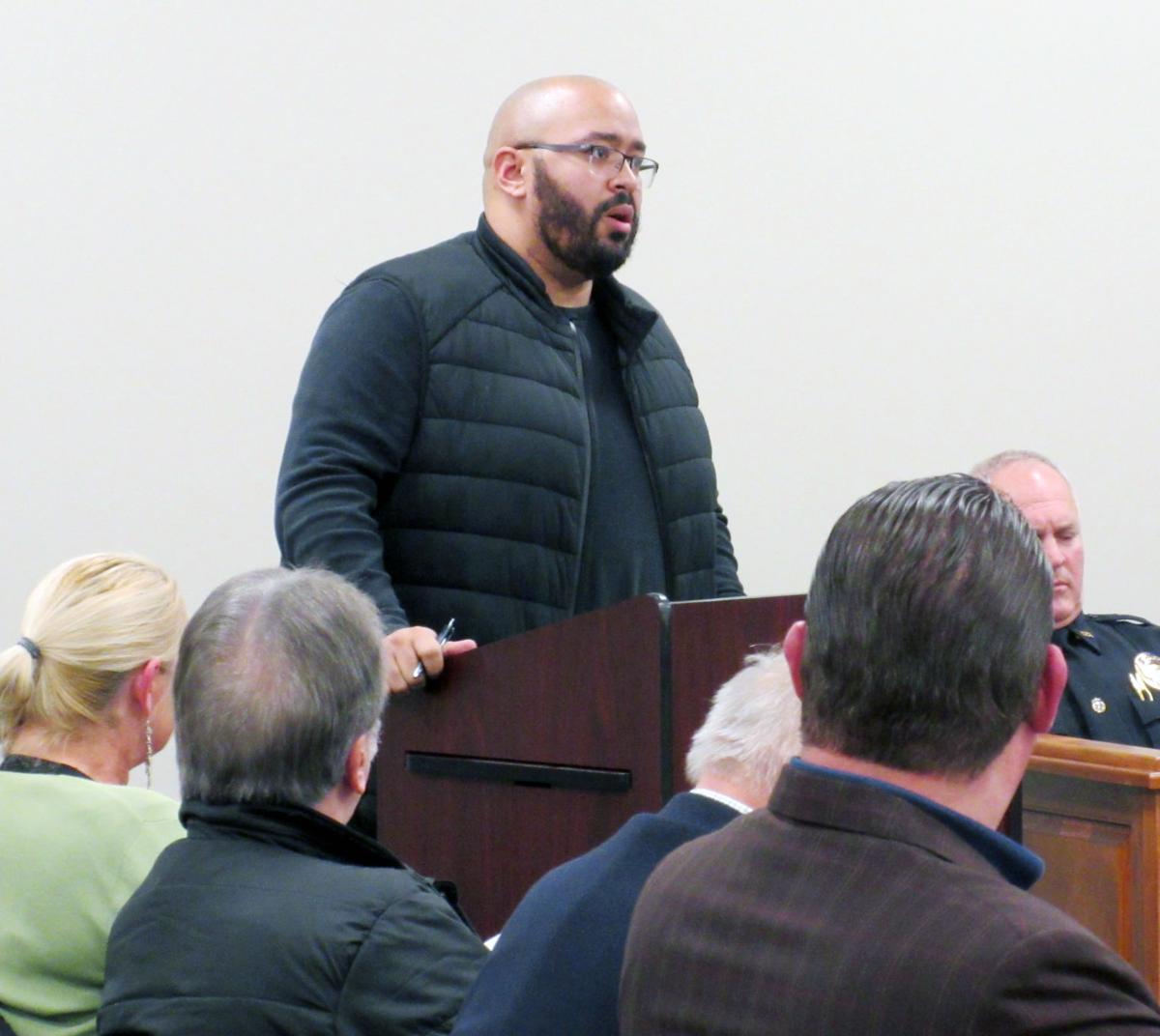 CANONSBURG – It was standing-room-only in Canonsburg council chambers Monday night as dignitaries from across the county were invited to suggest ideas on how to produce economic growth in the borough.

Council members Rich Russo and Eric Chandler ran the meeting, since they, along with Mayor Dave Rhome, sit on the economic development steering committee.

“The borough’s in a position now where we need to focus,” Chandler said.

Economic development has been a conversation in borough meetings since September. Chandler said the purpose of Monday’s meeting was to get everyone on the same page so the borough can start to formulate a plan.

Russo said the borough has several options, such as possibly hiring an economic director, beginning a Main Street program, or more aggressively applying for state and local grants like the Local Share Account funding. He also mentioned a potential opportunity when Canon-McMillan School District builds a new middle school, leaving the one in town vacant.

Before making any of those decisions, the borough’s council wanted to hear from other professionals in the county about what works in their municipalities.

Christy Rowing, executive director for Washington’s Citywide Development Corp., talked about the city’s efforts in minimizing blight. She said that Washington’s CDC along with the redevelopment authority and other city officials and entities work together to address 20 to 30 blight projects each summer.

“We probably had a harder or longer hill to climb in terms of blight,” Rowing said.

She also advised council that it’s not enough to have a nice park or filled storefronts, but that they have to include community programming to attract people to town.

Canonsburg’s Chamber of Commerce President A.J. Williams said they have just under 200 members in the chamber, but “it’s hard to reach the businesses.” He said even during last year’s Oktoberfest, which brings thousands of people to Pike Street, only a few businesses in town took advantage. He said the businesses that are active in the chamber want to see Canonsburg thrive.

“Whatever you need, we’re here,” Williams said about the chamber. “We’re chomping at the bit.”

Jeff Kotula, Washington County Chamber of Commerce president, suggested that however Canonsburg decides to move forward with economic planning, “I urge you to do so with a unified effort,” he said.

He also suggested the borough apply for more LSA funds, and that they establish one point of contact, whether a person or group, for new businesses coming into town, in an effort to streamline that process.

State Rep. Tim O’Neal, R-South Strabane, said he’d be happy to work with the borough and use any leverage he may have at the state level to help it move forward economically.

“I am committed to Canonsburg,” he said.

O’Neal said having an updated comprehensive plan will be “vital” for the borough.

He said Canonsburg has an advantage with some of the “best attended activities” in the county, like the annual 4th of July parade, the Old Fashion Christmas festival and Oktoberfest.

“I know there are great things going on here,” O’Neal said.

Community members also spoke up during the meeting, urging council to consider the environmental health of the community when moving forward. Multiple folks also asked council to take care of the business owners who are already here.

Devin Orsi, owner of the Last Call Bar and Grill and of Peak Precision Roofing, suggested the borough needs to make the move-in process faster and more consistent for new businesses that want to invest in the community.

Russo said that he, Rhome, and Chandler will meet in the next two weeks, take the ideas heard Monday and try to formulate what the next steps will be for the borough.

“It’s a team effort, and we all want to take this journey together,” Rhome said. “We got a lot of people here that care about our town.”