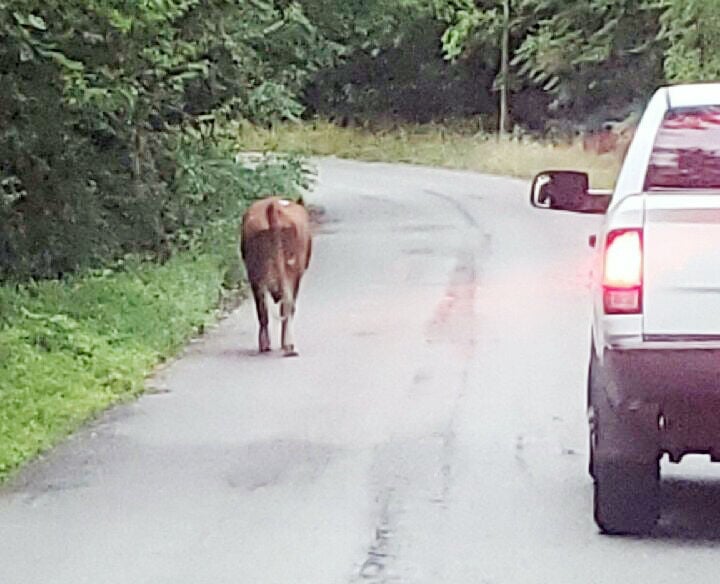 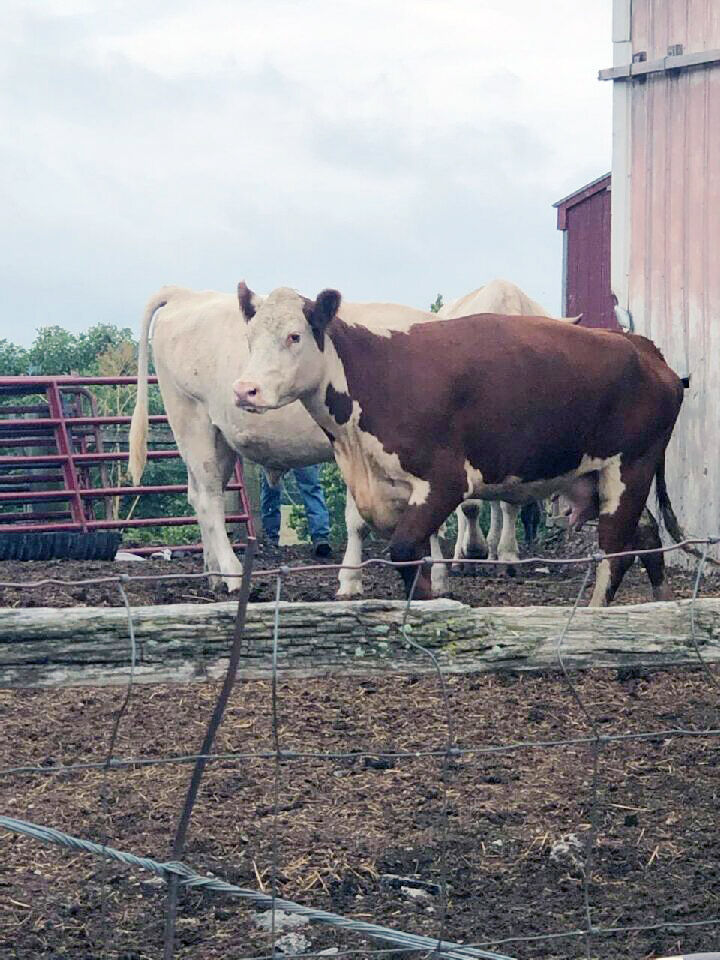 “Journey” is back in “custody” after leading police on a chase through Canonsburg Tuesday. 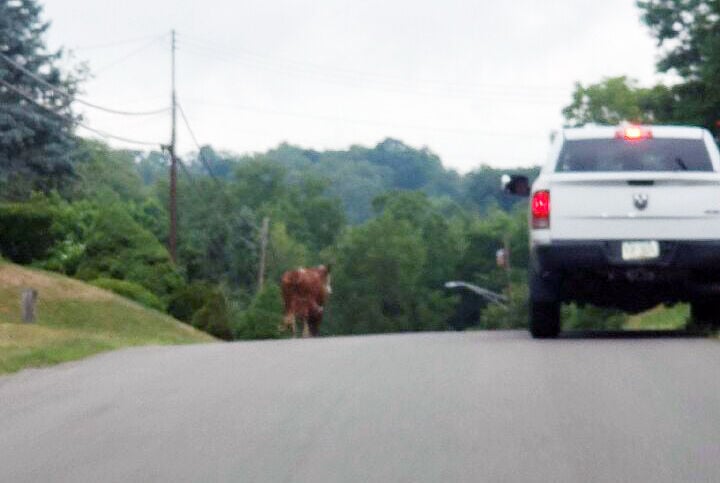 “Journey” strolls through Canonsburg after escaping from her Chartiers Township farm Tuesday morning.

“Journey” is back in “custody” after leading police on a chase through Canonsburg Tuesday.

“Journey” strolls through Canonsburg after escaping from her Chartiers Township farm Tuesday morning.

The only one having a more unusual Tuesday morning than Canonsburg police Sgt. Loren Cochran was his suspect – a cow that escaped from its Chartiers Township farm for a day on the town.

Cochran and his partner, Officer Scott Kanotz, received a call just after 7 a.m. that a cow was loose in the borough.

“I’ve never seen a cow in the borough before,” Cochran said.

They found the cow at the top of the hill at East Pitt Street and Greenside Avenue. It was running through a yard toward their vehicle at a high speed.

“He came out of the yard so fast, like he was being chased by the police,” Cochran said. “We thought he was going to hit the police car. When I saw it coming at us, I was like, ‘Holy cow!”

Cochran said he doesn’t have much experience with bovines.

“I didn’t think cows could go that fast,” he said.

Frank Guzel, who owns a farm in Chartiers, brought the cow home from the auction Monday. He locked her in the barn that night.

“She was nice and calm on Monday,” Guzel said. “I don’t know what happened between Monday evening and Tuesday morning.”

Guzel said he typically leaves the barn door open a crack so the animals have some air. The cow must have pushed the door open, before jumping a four-foot gate and a four-foot fence to escape the property, he said.

“My neighbor knocked on the door about 7 a.m. and said someone spotted a cow in the back field behind my house,” Guzel said.

He and his son, Travis, went looking for her to no avail.

“Later we were on Cecil Street, and here comes the cow running toward me, and the police are behind her,” Guzel said.

They got her back into the fencing and secured in the barn by about 9:30 a.m., Guzel said.

His family has owned the farm since 1928. He said that typically when a cow escapes, it goes into the fields to eat, but this one stuck to the roadways.

“That’s the first time we’ve had a cow go that far,” he said.

She toured Canonsburg, from East Pitt to Valley Road, St. Patrick Cemetery, and Oak Spring Road near Ridge Avenue, according to a police report. When they finally got her back in “custody,” she was out of breath, Guzel said.

“She drank probably about 10 gallons of water real quick,” he said.

Guzel said that while his family is still on the fence about keeping the cow after its escape, they’re “trying to calm her down.” Before Tuesday’s adventure, they hadn’t named her, but now, they’re calling her “Journey.”

Guzel expressed gratitude Wednesday to the officers who helped out.

“They did a good job,” he said. “I commend them for all their help.”