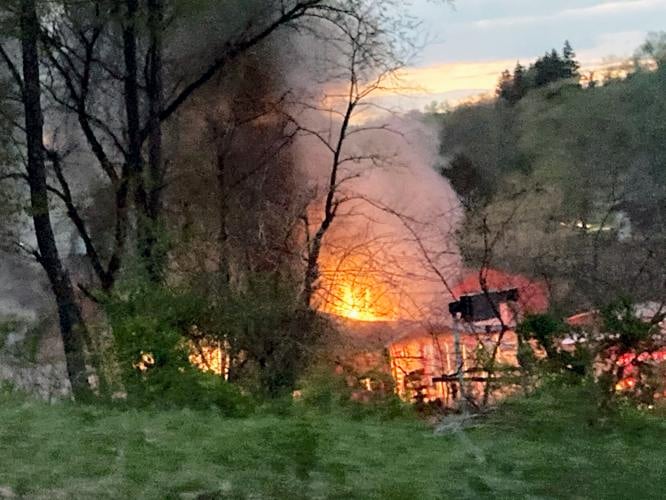 A fire broke out at Sunset Marina around 8 p.m. Sunday. 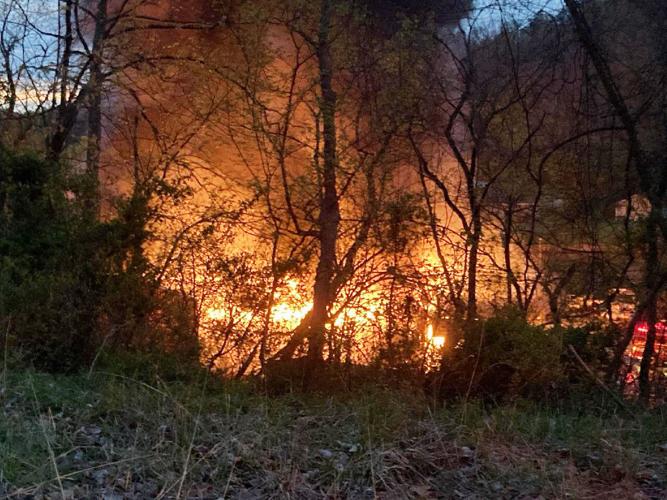 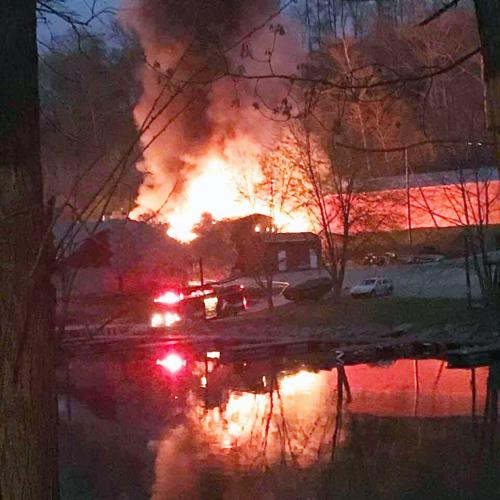 A building burns at the Sunset Marina in Greene County Sunday night. 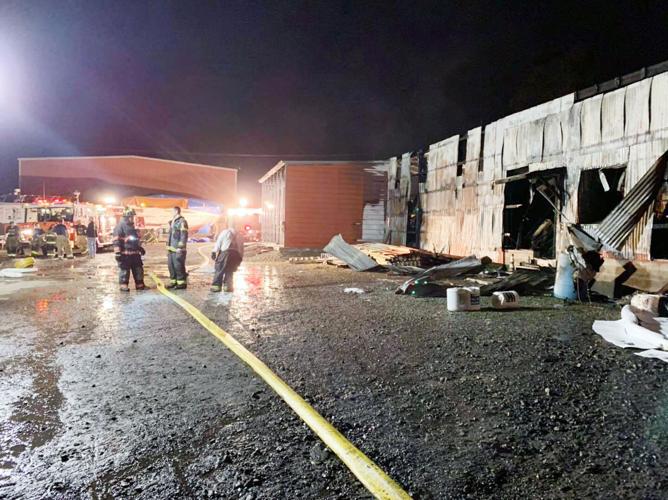 Firefighters at the scene of Sunday’s fire at Sunset Marina

A fire broke out at Sunset Marina around 8 p.m. Sunday.

A building burns at the Sunset Marina in Greene County Sunday night.

Firefighters at the scene of Sunday’s fire at Sunset Marina

According to Greene County Emergency Management Director Donald Mason, the fire was called in about 8 p.m. A building on the property was destroyed and some material leaked into Ten Mile Creek, he said.

“No other boats or anything caught fire, as far as I’m aware,” Mason said. “There was some leakage of oil or gasoline or some similar material that got into Ten Mile Creek.”

Fayette County and Washington County hazardous material teams responded to the call, as did a state Department of Environment Protection representative, according to Richard Policz, operations and training officer for Greene County Emergency Management.

“The building that caught fire was their maintenance building, where they do all their boating maintenance,” Policz said Monday. “They had a quantity of oil on hand in totes, and when those totes melted and started leaking, the oil started running into the waterway.”

Policz said a Washington company was hired to help with the cleanup and placed an oil-absorbing boom across the creek. On Monday, Greene County Emergency Management posted on Facebook an advisory warning boaters to avoid the area between the Route 88 bridge and the marina.

“The boom should be moved sometime today to open the waterway for boat traffic,” the post read.

Policz said along with the DEP, the Pennsylvania Emergency Management Agency, U.S. Coast Guard and Pennsylvania American Water were all notified of the leakage.

Policz said the buildings at the marina are fairly close together, but the fire departments did a good job containing the fire. Those departments include Clarksville, Jefferson, Rices Landing, East Bethlehem, California and Richeyville.

“All the departments worked together containing the fire to one building and minimizing the environmental impact to Ten Mile Creek and nearby Monongahela River,” the Greene County Emergency Management Department posted on Facebook.