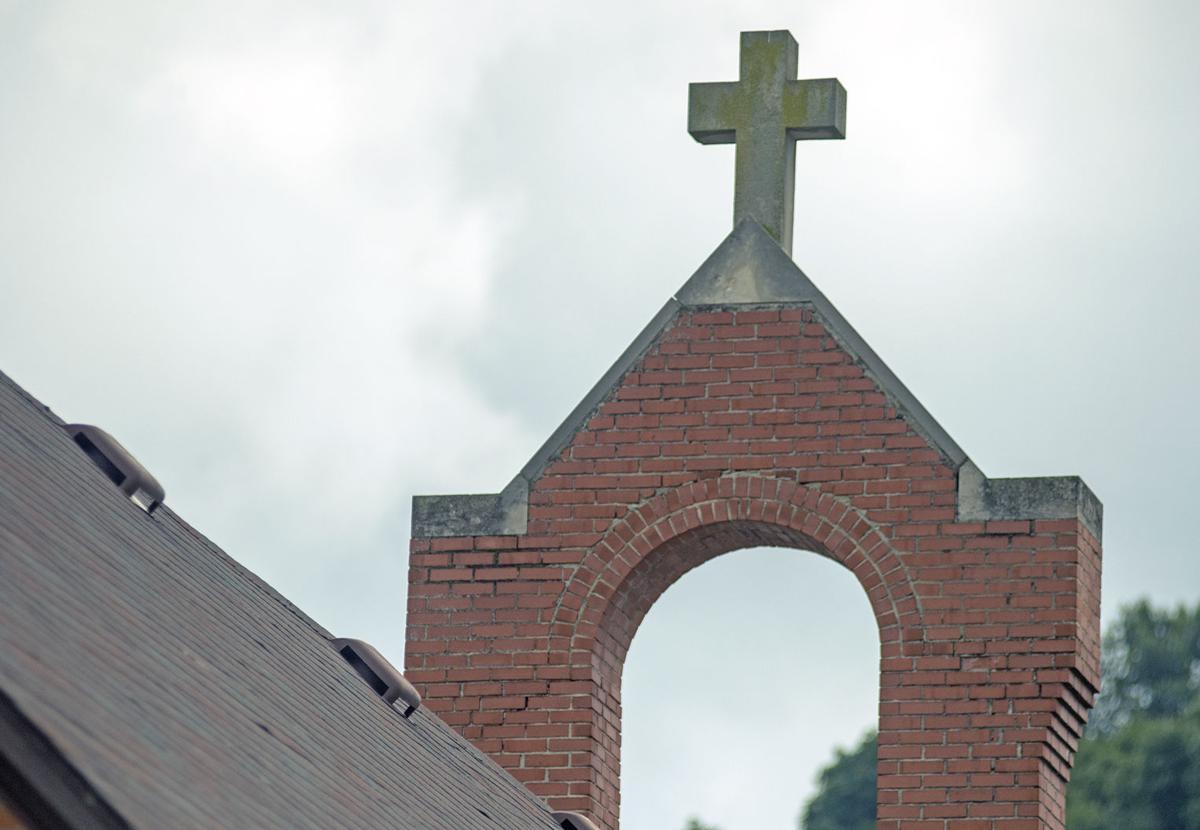 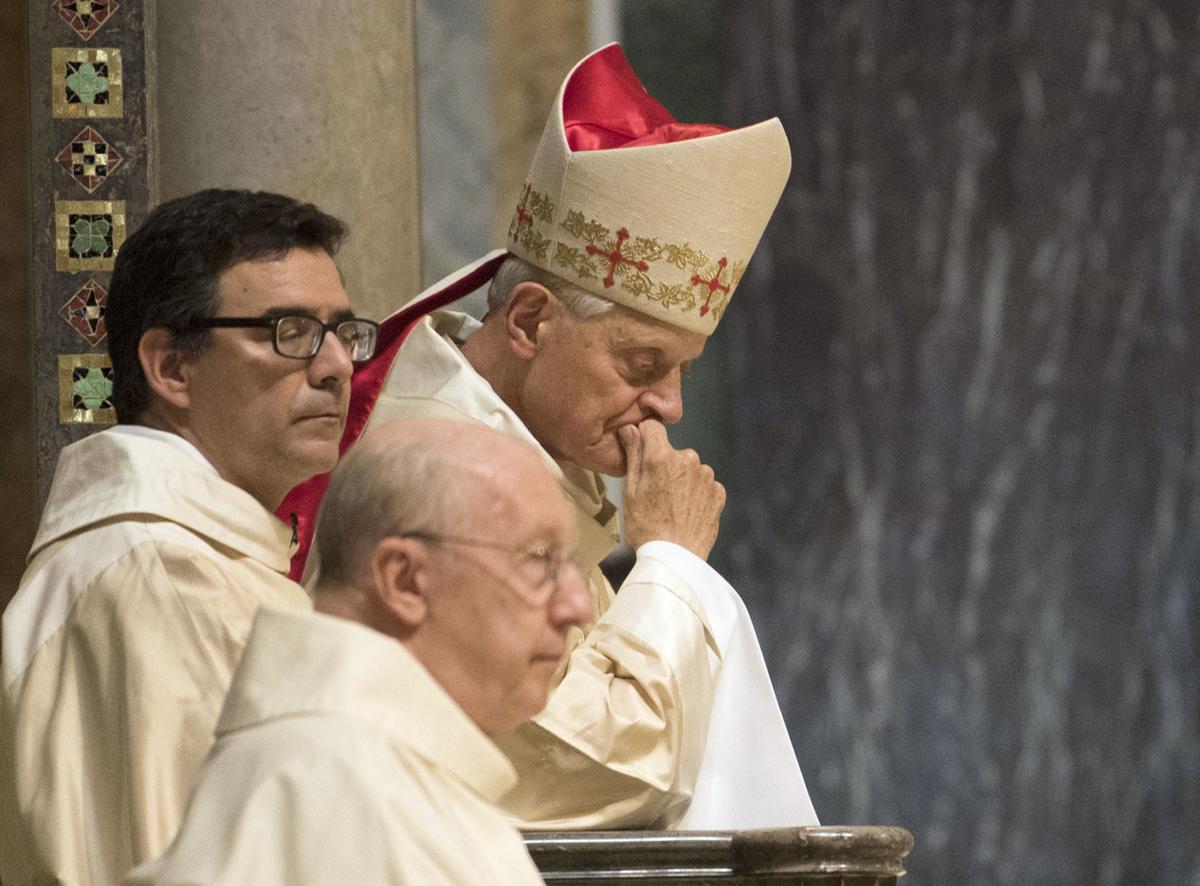 Priests at a gathering at a seminary swimming pool bragged about the boys they brought along, according to testimony before the statewide grand jury, and a former priest at St. Philip Neri, Donora, is alleged to have had inappropriate contact with at least eight young boys.

Those who came to the pool were the Rev. Bob Castelucci and another priest, friends of the Rev. Leo Burchianti, who was assigned to the Donora church in 1979 and 1980.

Burchianti, when discussing the allegations in 2007, corroborated their use of the pool and also said he had a sexual relationship with one victim’s mother for six to eight months, according to a grand jury summary.

A review of the allegations against priests who served in local parishes found that some of the abuse occurred while the priests were assigned here.

Burchianti provided youths with alcohol, allowed them to use drugs in a rectory and invited some to stay overnight in bed with him.

Burchianti, who died at age 74 in 2013, was assigned for nearly two years to the Donora church when he invited a minor boy to go alone to the parish house in February or March of 1979.

Burchianti gave the boy alcohol and quoted a popular song with the lyric, “Love the one you’re with.”

A fuse blew, extinguishing lights, and the boy used the opportunity to leave quickly before Burchianti could kiss him.

That summer Burchianti gave alcohol to another minor boy, about whom he expressed a desire to rape.

In January 1980, a boy who was having personal problems spent a night at the rectory. As they got ready for bed, and while dressed in underwear, the priest grabbed at the boy’s genital area. The boy slept on a couch, but Burchianti asked the boy if he could make love to him. “The boy, in response, twisted Burchianti’s arm behind his back and told him not to try anything ever again,” according to the grand jury report. Burchianti went on to sexually assault several other boys while at the Donora church. One victim said the abuse occurred 200 to 300 times when he was about 13 and 14.

A victim raised allegations in 1990, but nothing was done until 1993, when Bishop David Zubik met with another victim and then with Burchianti, leading to his resignation and a leave of absence.

A teenage organist at St. Mary of Mt. Carmel, Braddock, reported Castelucci attempted to kiss him and place his hands inside his pants in the spring of 1974 and sexually assaulted him by summer. Castelucci “made it known that sexual activity was expected as a condition for his employment,” which ended in 1977.

Burchianti, according to a victim, would frequently visit St. Mary along with a priest named John, “and both were also touchy-feely with him,” the report states.

Castelucci was assigned for one year – May 1973 to May 1974 – to St. Patrick Church, Canonsburg, before spending the next 20 years at St. Mary of Mt. Carmel, Braddock, and St. Lawrence, Hillsville, Lawrence County.

According to a summary released with the statewide grand jury, the Diocese of Pittsburgh, despite having knowledge since 1994 of Castelucci’s sexual abuse of children, did not remove him from ministry. He also assaulted several other boys during the 1970s.

The diocese initially allowed him to take a leave of absence for personal reasons, and eventually requested Castelucci voluntarily withdraw from active ministry in March 2002.

Then Bishop Donald Wuerl wrote to the Vatican in 2005 about the allegations.

The diocese determined the victim had detailed knowledge about Castelucci’s anatomy, but it does not appear, according to the grand jury report, that the diocese contacted law enforcement.

One of Castelucci’s victims filed suit along with 32 others that resulted in a $1.25 million settlement in October 2007. The diocese paid $4,570 to the youth’s therapist.

The Rev. David F. Dzermejko had spent nearly two decades as a priest in Charleroi before allegations surfaced from three victims, who said he had abused them from the late 1970s to the late 1980s.

The grand jury report said that while he was a priest at St. Teresa of Avila in Pittsburgh, Dzermejko fondled a boy while on a Ferris wheel ride at a church festival. The report said Dzermejko told the operator to keep the ride going so the victim couldn’t get off.

Another victim, who had been an altar boy at St. Teresa’s, said Dzermejko raped him multiple times over three years. The victim said Dzermejko was friends with his family and was often at his home. He said Dzermejko once abused him in his own home while his father was at work and his mother was sleeping. The report stated that after the sexual encounter the victim “got scared and ran away and hid in the basement.”

The third victim said he had sexual encounters with Dzermejko outside of area bars and restaurants, on Dzermejko’s boat named “The Seaman,” and in his Charleroi rectory. Dzermejko was at Mary, Mother of the Church, from 1991 to 2009, when he was placed on leave.

He was arrested in 2013 when law enforcement found child pornography on his computer along with firearms and illegal drugs. According to the report, he admitted to taking trips to Thailand to have sex with teen boys.

Dzermejko was sentenced to three years at a federal prison hospital in Massachusetts, beginning in 2014. In 2015, Zubik asked the Vatican to dismiss Dzermejko from the clergy.

A few months later, Dzermejko wrote to Zubik requesting financial assistance, since his monthly $350 for prison and home bills had stopped. Zubik responded a week later, calling Dzermejko’s letter “heartfelt” and informing him that he would ask a bishop from another diocese to “make this a top priority.”

The name of a priest with a long tenure at St. Genevieve, Canonsburg, also surfaced in the grand jury report.

The Pittsburgh diocese, 11 years after the death of the Rev. Paul E. Pindel, was notified of an allegation from an adult that Pindel had inappropriately touched him when he was between 13 and 15 years old.

The incidents occurred from 1957 through 1960 in Allegheny and Butler counties. On one occasion, Pindel took the boy and his brother to Pindel’s sister’s farm. Pindel slept between the boys on a mattress on a floor and inappropriately touched him during the night. Pindel also performed a sex act on the youth at a drive-in theater.

The victim also said Pindel would take him and other boys swimming in Slippery Rock and pull down their trunks while in the water “and then laugh as if (it) was a funny prank.”

Pindel was transferred, and the boy was taken to the new rectory which housed Pindel’s bedroom, where he was fondled.

The diocese offered to assist the victim in finding counseling services.

In May 2003, the diocese received an allegation that Pindel had high school seniors threaten to beat up the boy so that he would not disclose inappropriate conduct.

Between 1980 and 1984 in Washington County, a boy who had attended CCD classes as a 6-year-old described a bizarre encounter.

The victim, who reported the allegation to the diocese in 2011, said Pindel pulled him out of class and had taken him to the rectory, where the child was told to don a red robe and lie across a desk, where Pindel would assault him with his finger and, later, a pencil.

An usher would watch the door so no one would enter, and the usher would sometimes touch the victim inappropriately, according to the grand jury report. The diocese offered the victim assistance in finding counseling services and provided reimbursement for treatment.

Here is the list of priests from Washington County, Greene County and the Mon Valley who were listed in the grand jury report on child sexual abuse at Pennsylvania Catholic Dioceses.