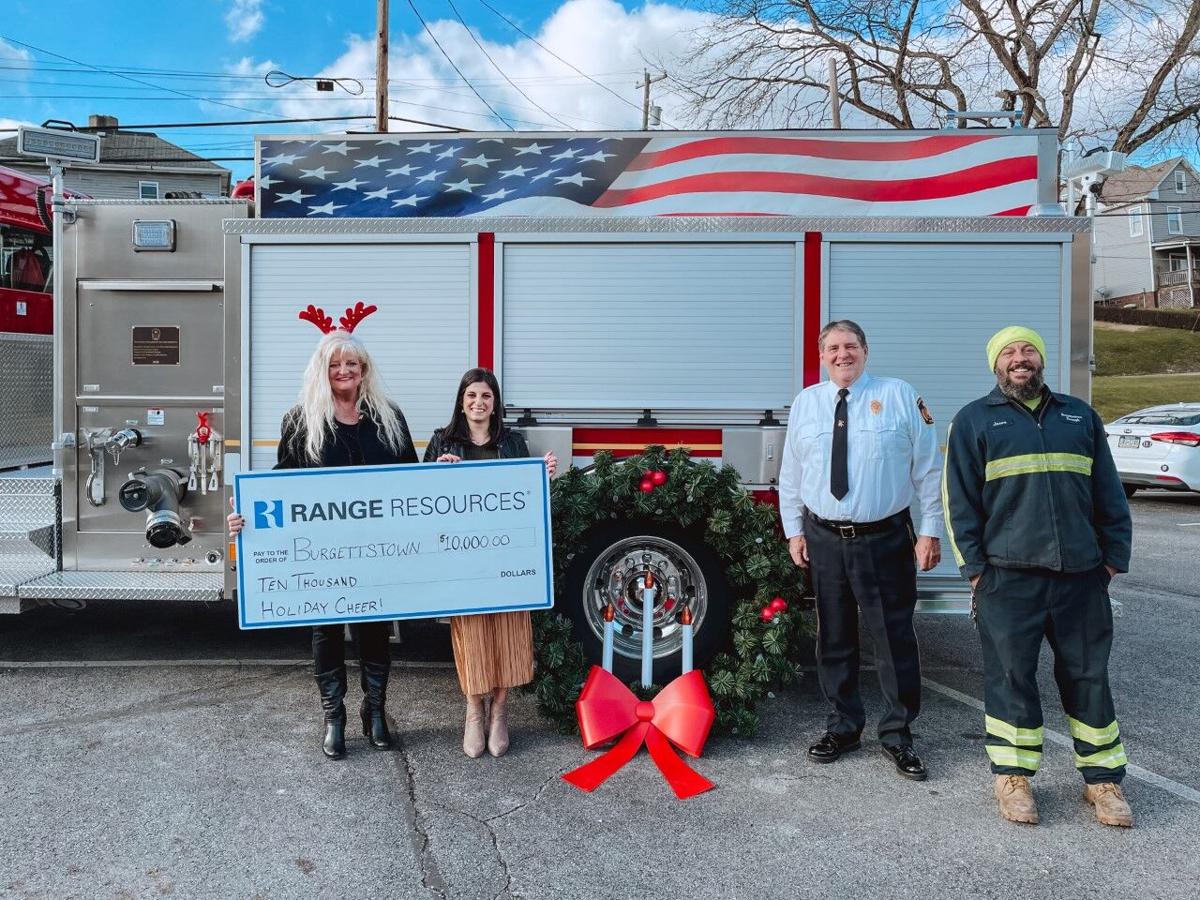 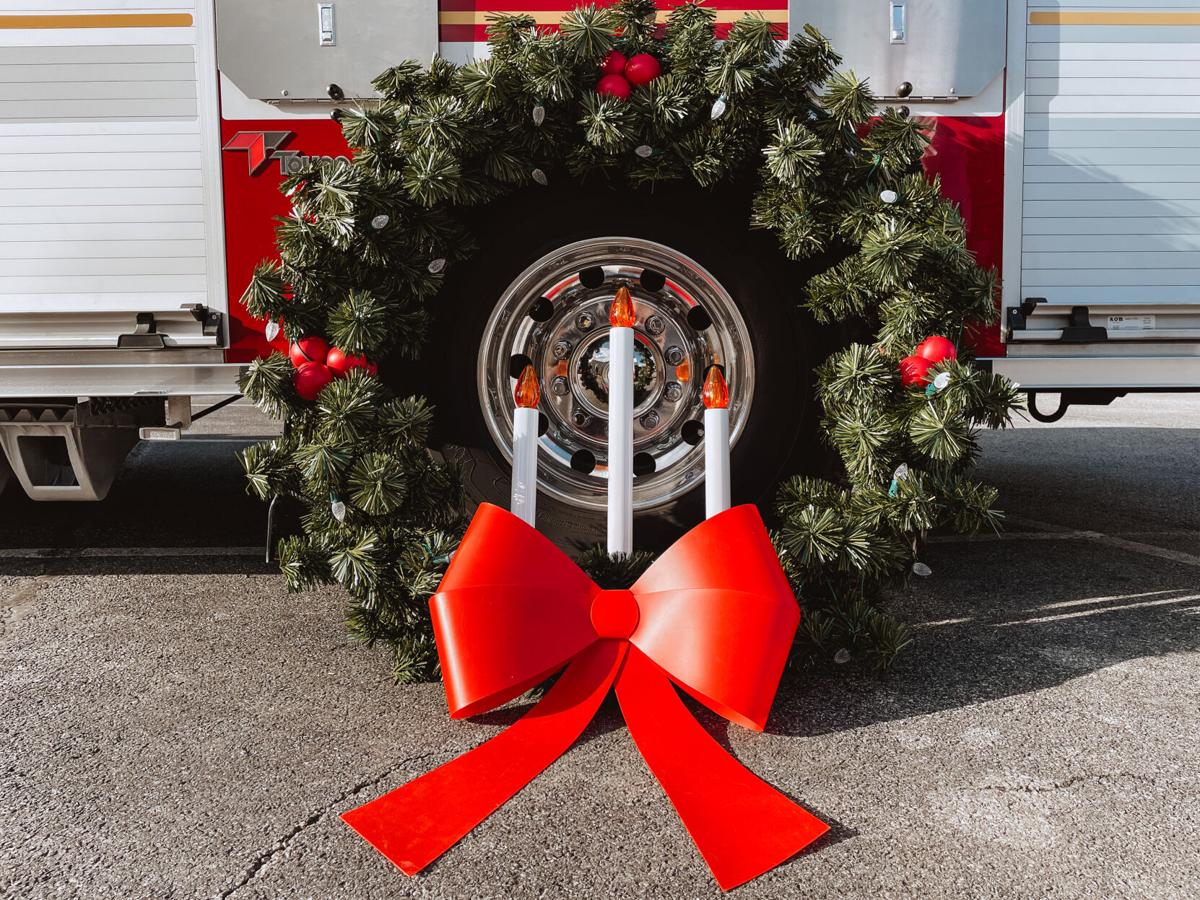 Burgettstown Volunteer Fire Department, led by assistant fire chief Jerry McClain, will string 15 new Christmas wreaths downtown for the holidays thanks to a generous donation from Range Resources. The town’s Christmas decorations were destroyed by Hurricane Ida in September.

Burgettstown Volunteer Fire Department, led by assistant fire chief Jerry McClain, will string 15 new Christmas wreaths downtown for the holidays thanks to a generous donation from Range Resources. The town’s Christmas decorations were destroyed by Hurricane Ida in September.

Burgettstown residents worried their Tinsel Town would look rather Grinch-y this holiday season, after rains from Hurricane Ida hit the borough hard in early September.

“We lost a lot,” said Jerry McClain, assistant fire chief for Burgettstown Volunteer Fire Department. “The flood had destroyed the old Christmas lights. I was devastated.”

Those lights lost to flooding colored Burgettstown festive for nearly 15 years. Before that, other holiday decorations glimmered downtown during snowy winter months.

McClain, who’s spent about 50 years stringing holiday lights with the volunteer fire department, said Burgettstown always looked magical during the holiday season ever since he was a kid.

The borough wasn’t sure what to do about holiday decorations this year, but lifelong resident Kobe Sarracino had a plan.

“They weren’t going to put up any decorations because of the Sept. 1 flood,” said Sarracino. “Everybody loses the meaning, the true meaning, of Christmas. Christmas is really for kids. I just felt that it was very important to me to be able to make this happen for them.”

Sarracino made it her mission to secure new decorations for her town. She called several organizations, including Hallmark, asking for donations. Range Resources listened to her story and stepped up.

The company agreed to donate $10,000 to Burgettstown Volunteer Fire Department, for the purchase of new Christmas decorations.

“It’s awesome. I still can’t believe it,” said Sarracino. “I had tears in my eyes. Because of Range’s donation, that enabled us as a town to make our town more festive for the holidays.”

“(Kobe) got on the phone, made a couple phone calls, next thing I know I get a phone call” about Range Resources’ donation,” he said. “Deb Resnick ... was a lot of help getting the information and ordering the lights.”

The lights – three candelabras sit within 50-inch wreaths – are sure to make an impression.

“The lights we got are very pretty lights. I think the people will like it,” said McClain. “It’ll be something different.”

McClain said 15 of the 30 poles downtown will be decked out in the new lights. He hopes next year the town can decorate all 30.

Lowe’s in Robinson donated old-fashioned Christmas lights to the borough. Burgettstown also received the donation of a live Christmas tree from Godwin’s, which will be planted in honor of the John Sarracino family. Kobe is the only living member of the family.

“I just wanted to do something for my family,” said Sarracino, who noted she’s grateful to Godwin’s and Range Resources for making Burgettstown Borough festive this year.

“The holy spirit has brought some warmth into my heart to reach out to these generous people,” she said. “I did it not for recognition for me. I did it for the children and the elderly of Burgettstown. If there’s one twinkle in a child’s eyes looking at those lights, that’s enough for me.”