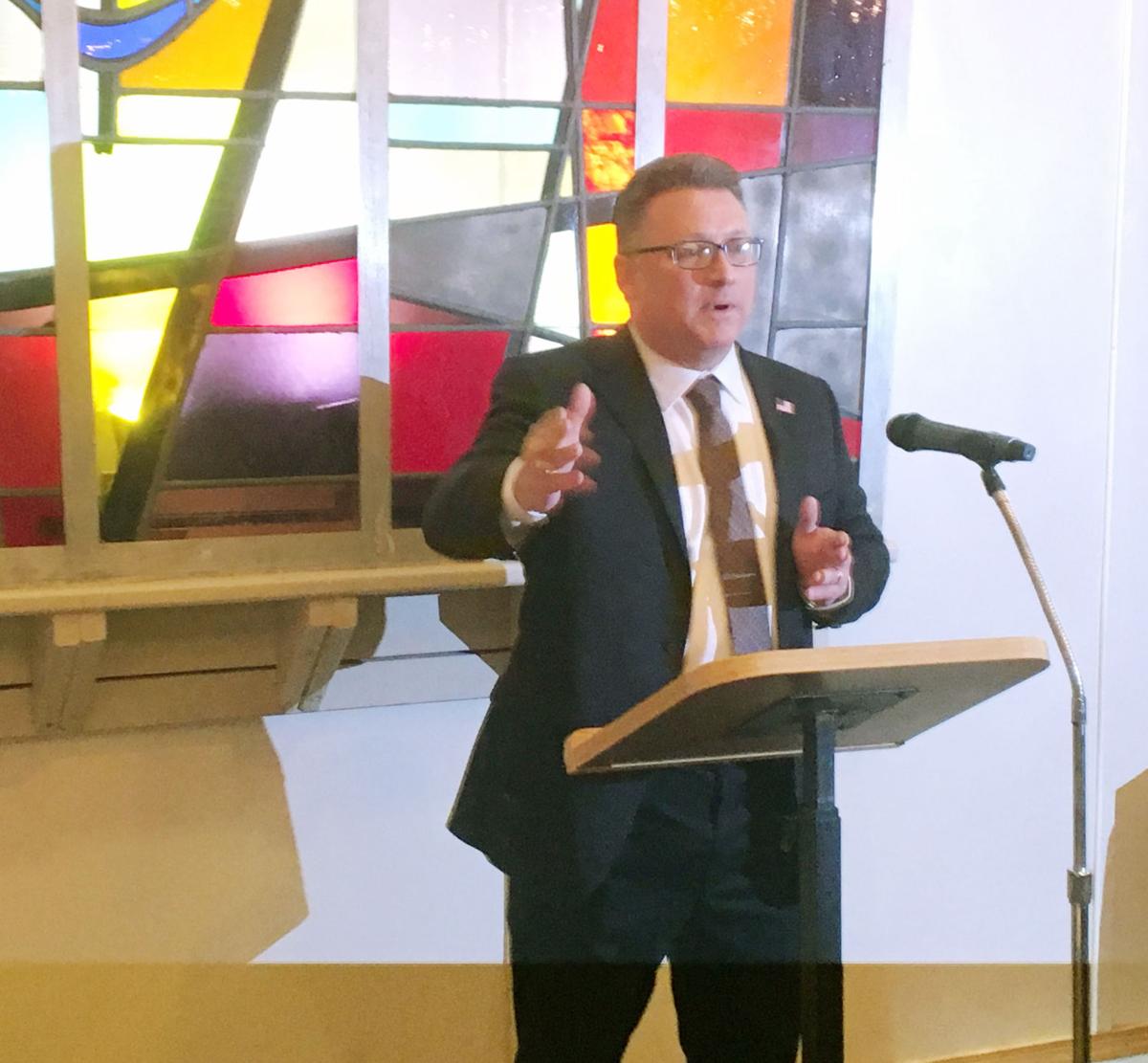 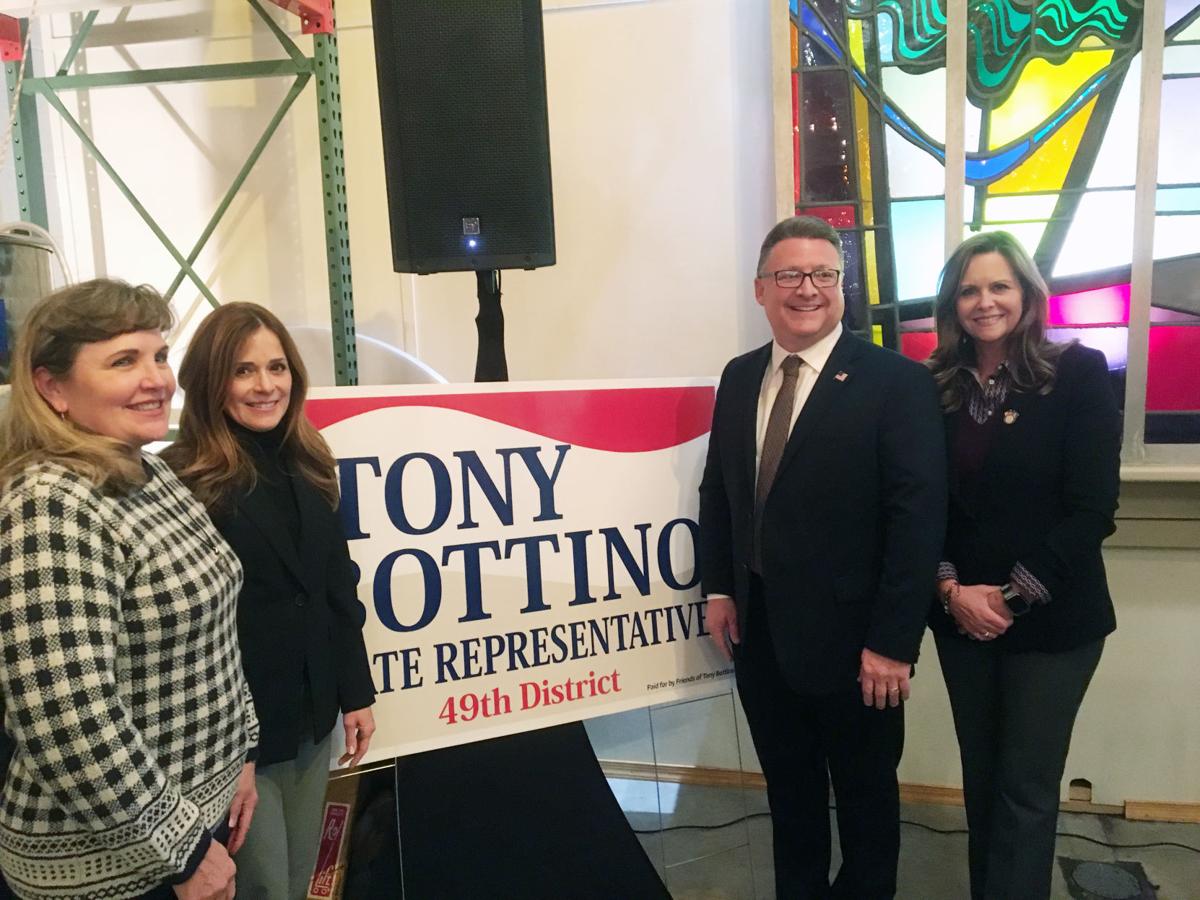 No one mentioned his name in formal remarks Tuesday night at a well-attended gathering in a Mon Valley winery, but state Rep. Bud Cook was definitely the elephant in the room as an intra-party challenger, Tony Bottino Jr., announced his candidacy for the 49th Legislative District.

Bottino, 52, of Carroll Township, president of the Monongahela Area Chamber of Commerce, has the backing of some prominent Washington County GOP members who attended his campaign kickoff at the Ripepi Winery and Vineyard exactly one week after Republicans swept contested county and courthouse row office races in the Nov. 5 municipal election.

A graduate of Mon Valley Catholic High School and Penn State University who majored in economics, Bottino is an insurance agent and financial adviser who plans to run in the April 28, 2020, Republican primary for the 49th Legislative District seat currently held by Bud Cook, 63, of West Pike Run Township.

In a presidential primary, President Donald Trump, who garnered a tremendous amount of support in the area in 2016, may be running unopposed in Pennsylvania or face only token opposition.

Will Republicans bother to turn out for the April primary? “I think a lot of people in the Republican Party will be watching this race,” said commissioner-elect Nick Sherman of the Canonsburg area. “It’s going to be interesting to see what happens. I think we are going to see a turnout and, inevitably, we are going to let the people of this district decide.”

In explaining why he chose to run, Bottino recalled growing up in a prosperous Mon Valley that later lost mills and the jobs they provided. “The towns just weren’t what they were before,” he said.

State Sen. Camera Bartolotta (R-Carroll) said Tuesday she tried to recruit Bottino to run for the seat as state Rep. Peter J. Daley, a Democrat, was retiring in 2016.

She credited Bottino, in large part, with what she called “an unbelievable transformation in the past 10 years in Monongahela,” a city that recently observed its 250th anniversary.

Washington County Commission chairman-elect Diana Irey Vaughan whole-heartedly endorsed Bottino. She called Bottino someone “we believe will work with all elected officials, someone who truly understands what business needs in this area, someone who has all the qualities of a great public servant.”

Laura Hough, Washington County prothonotary-elect who is wrapping up her term as a West Pike Run Township supervisor, campaigned on Cook’s behalf in 2016 and was also a staffer after he was elected.

“As I got to know him better, I left his office. Let’s just say it wasn’t a pleasant experience,” she said as an aside after addressing the crowd. “There were issues in that office, but I’m not at liberty to say yet.

“I’m happy someone of Tony’s caliber has stepped up. He has a wife and children, and with his charisma, he’s able to walk up to people and talk to them.”

Bottino and his wife, Tara, are the parents of five children. Anthony Bottino III will be his father’s campaign manager.

The district includes communities in Washington and Fayette counties, and the incumbent has not yet announced his intentions to run for a third, two-year term. The position pays a base salary of $87,180.

Cook did not return calls Tuesday or Wednesday to his campaign phone number, which answers with a message he has voiced, “Team 49th to re-hire Bud Cook.”

At the same time Bottino was announcing his intention to seek the Republican nomination, Cook was attending a meeting of the California University of Pennsylvania School of Social Work advisory board.

Cook defeated Democrat Steve Toprani a year ago by a mere 11 votes out of nearly 20,000 cast. The incumbent lost in the Washington County part of the district 51 to 48%, but Cook prevailed in Fayette County.

In the not-too-distant past when Washington County politics was dominated by Democrats, more than one Republican in a legislative primary race was very unusual.

In April, Cook proposed legislation to eliminate public projects funded by the local share of gambling revenue from The Meadows Racetrack and Casino in Washington County, replacing it with allocations to school districts to apply to individuals’ property tax relief. At last check, the proposal had no co-sponsors.

Bartolotta, who has been a member of the committee evaluating applications for the Local Share Account for the past three years, said she wanted to see the local share evaluation process from the inside.

“If we have issues (with a proposal), we discuss it,” she said. “I think it’s a good system. Is it perfect? I can’t think of anything that’s absolutely perfect.”

She has had other bones to pick with him, saying Cook has referred to her among constituents and House colleagues as “Senator Skirt, but mostly, I believe, and from what I have heard from many other women who have worked with him and for him, there is a real problem with how Bud Cook treats women and the things he calls them behind their backs and doesn’t think it’s going to get back to them.