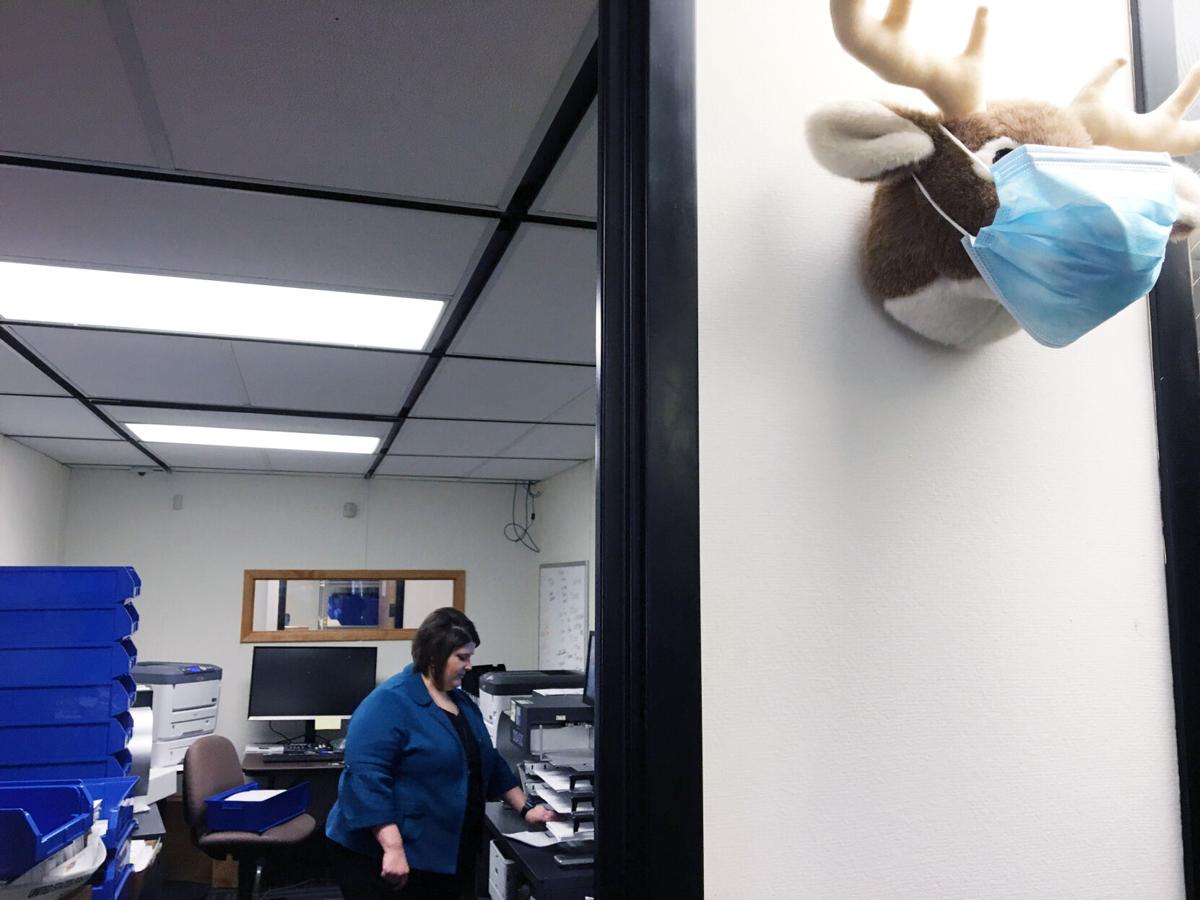 A plush replica of a buck, left behind by retired elections director Larry Spahr, was paired with a sign reading, "the buck stops here." Updated with a mask during the pandemic, the deer head stands above the room where Spahr's successor, Melanie Ostrander, scanned provisional ballots Tuesday. 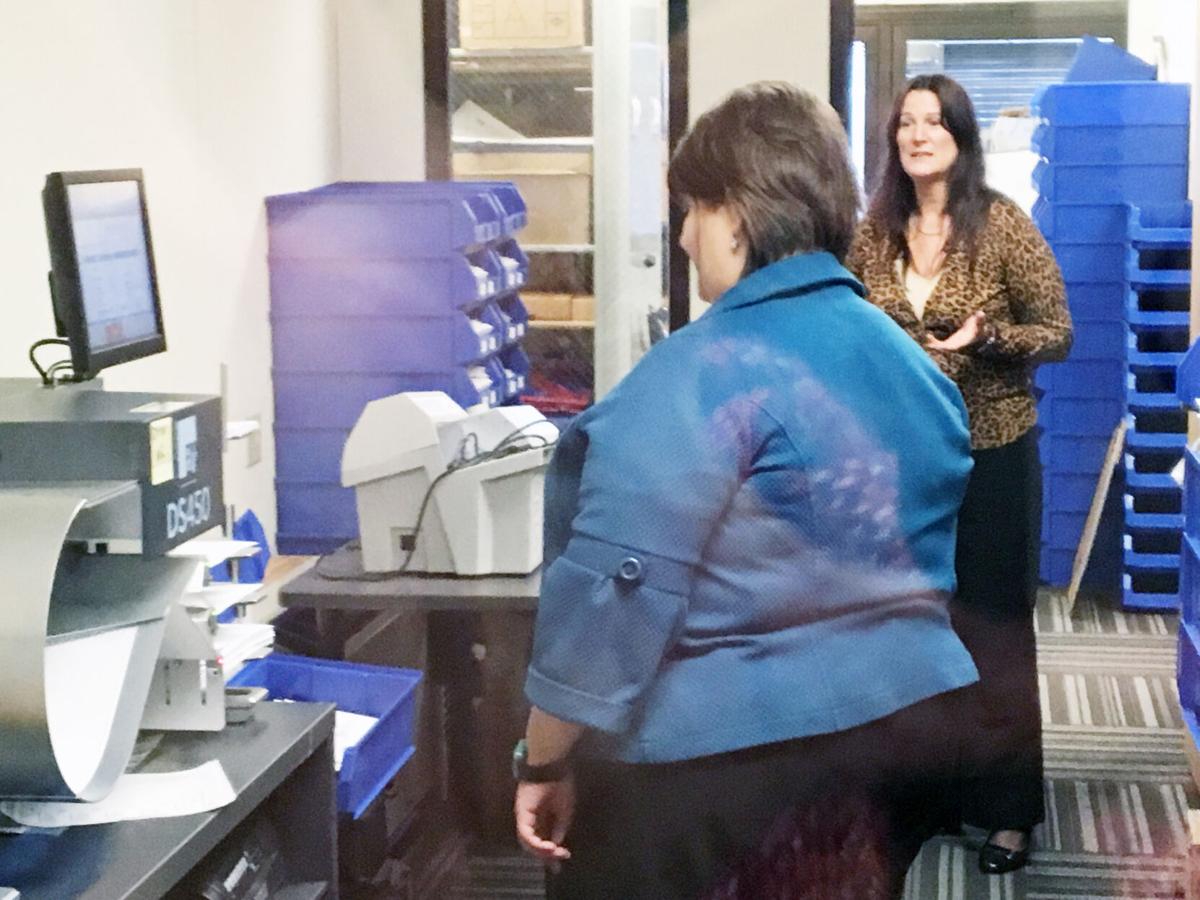 A plush replica of a buck, left behind by retired elections director Larry Spahr, was paired with a sign reading, "the buck stops here." Updated with a mask during the pandemic, the deer head stands above the room where Spahr's successor, Melanie Ostrander, scanned provisional ballots Tuesday.

Washington County voter turnout during the Nov. 3 presidential election reached 77.51%, besting the the total four years ago by 3 percentage points.

This mirrored a statewide trend with Secretary of State Kathy Boockvar announcing Tuesday turnout set an apparent record, exceeding turnout in every presidential election since at least 1960. More than 6.9 million Pennsylvanians voted by mail ballot or in person at the polls in conjunction with Election Day two weeks ago.

The election also apparently broke a record for highest percentage of participation by Pennsylvania’s voting-age population – 70.93%. This exceeded the previous record of 70.3% in 1960. By comparison, 6.115 million Pennsylvanians voted in the 2016 presidential election, the next highest turnout figure, when 61% of the voting age population voted.

The Washington County elections office reached another milestone Tuesday in its quest to tabulate ballots from the Nov. 3 election.

The 4:30 p.m. Monday deadline passed without the filing of an appeal to a county Election Board decision to include about 520 provisional ballots that had been the subject of challenges.

That meant the six-member canvass board began opening secrecy envelopes Tuesday morning as the first step toward high-speed scanning.

Nearly 56% of Biden’s votes came from mail-in ballots, while the figure was 15.4% for Trump.

Segregated until a final court decision are 93 mail-in ballots, postmarked by Election Day, that arrived in the elections office Nov. 4 through Nov. 6.

The legality of 19 provisional ballots in a category known as “naked cured” is also being litigated by the Trump campaign.

Boockvar issued an administrative order on election eve that voters who had mailed or dropped off ballots lacking a secrecy envelope could “cure” this fatal flaw by casting a provisional ballot at a polling place.

Boockvar also reported counties are nearing the end of the vote count and have made great progress in counting the large number of provisional ballots. Nearly 82,000 of the more than 100,000 provisional ballots cast at the polls on Election Day have been counted.

Provisional ballot counts take longer to count because bipartisan county boards of election must individually adjudicate each ballot to determine if it meets the standard for counting. They verify the voter was registered to vote in the precinct in which the ballot was cast and that the voter did not already cast a mail ballot.

More provisional ballots were cast in the Nov. 3 election because of the new procedures created under Act 77 of 2019 and Act 12 of 2020, two bipartisan election reform laws that facilitated voting by mail ballot in the commonwealth

The Pennsylvania election calendar calls for the election results to be certified by Monday, but it is unknown if the courts will decide unresolved ballot issues before Nov. 23.