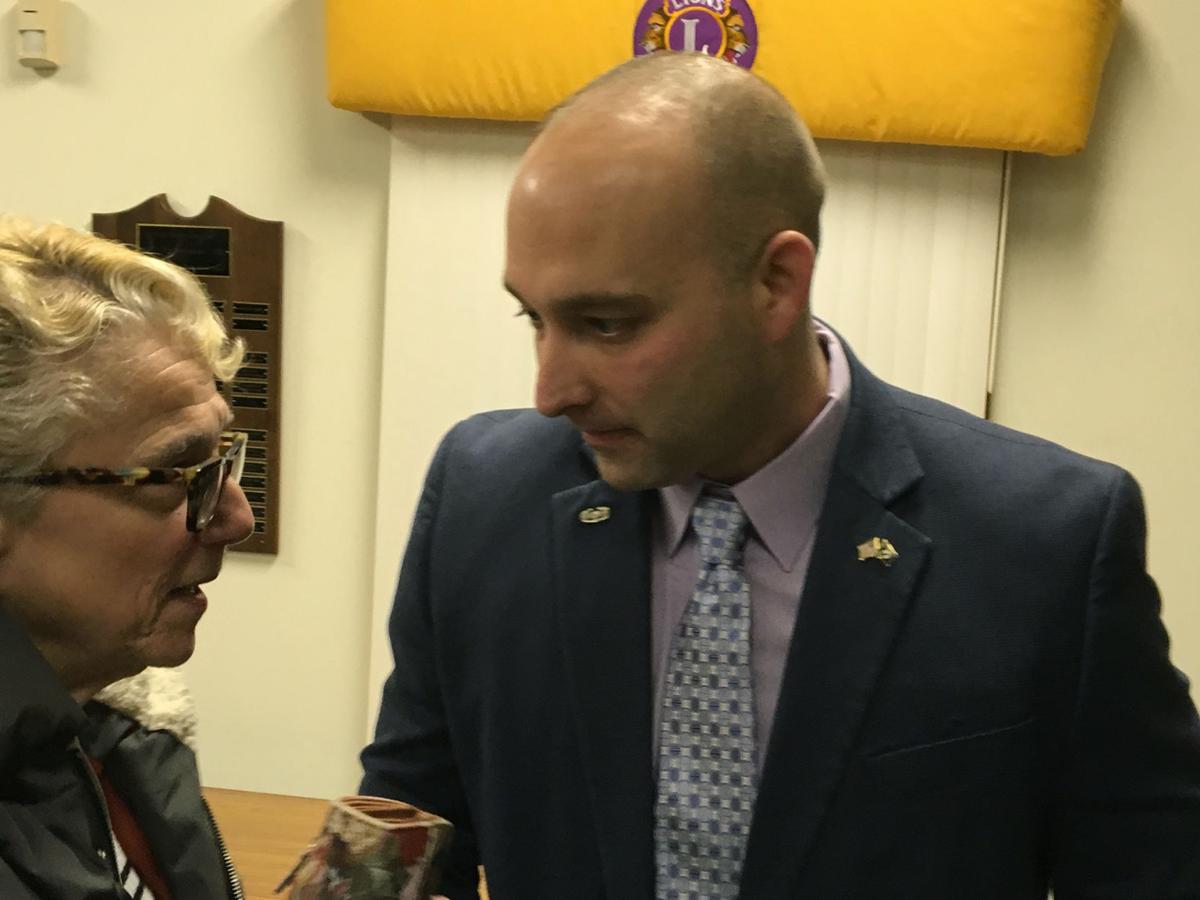 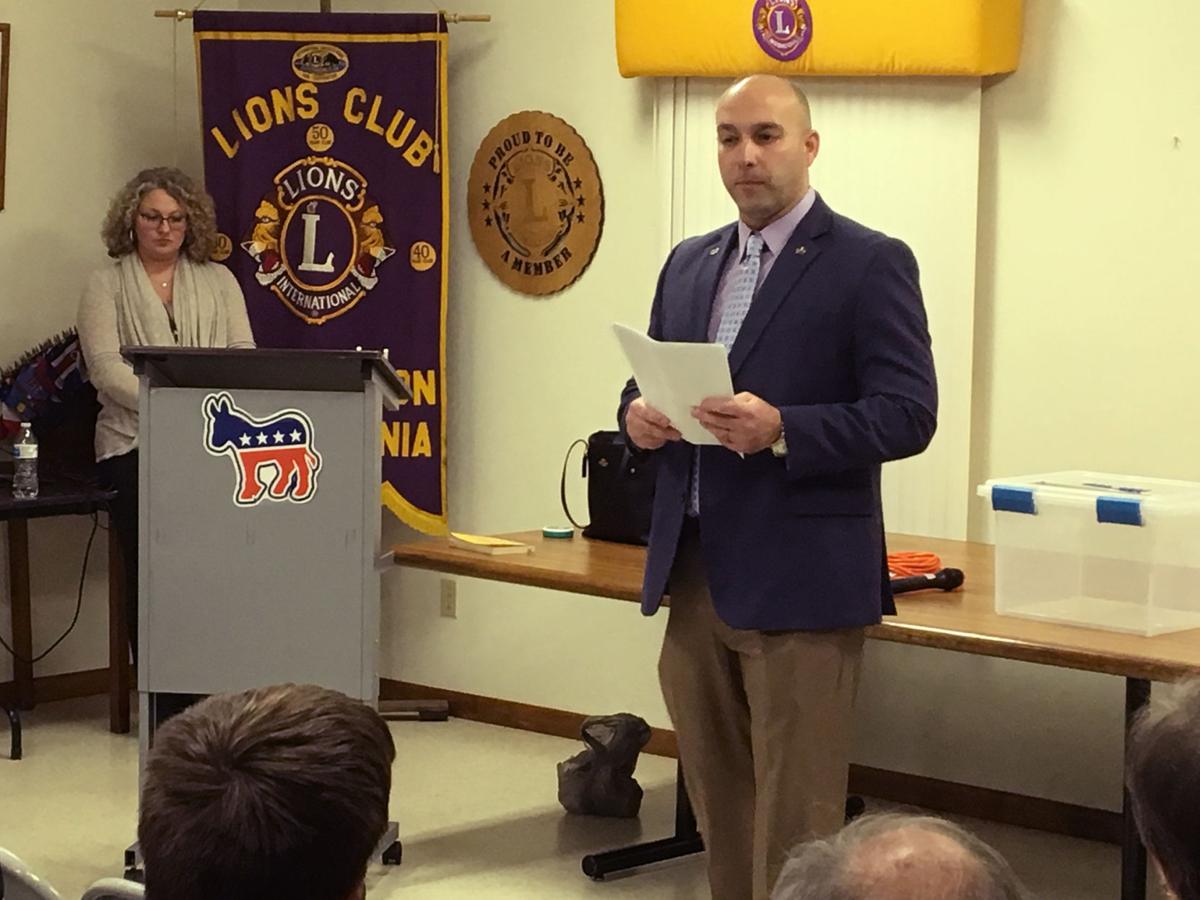 Robert Prah Jr. of Fellsburg, Rostraver Township, in this file photo from January 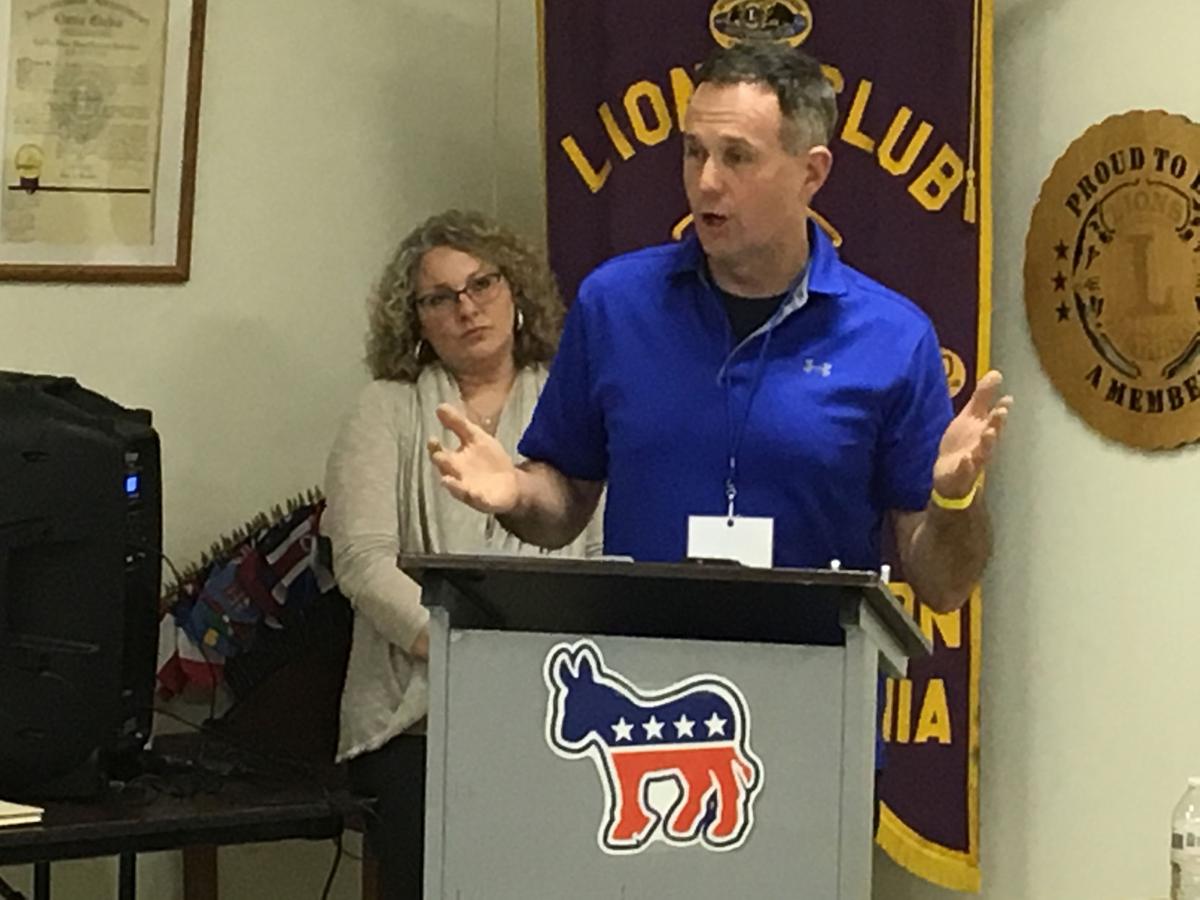 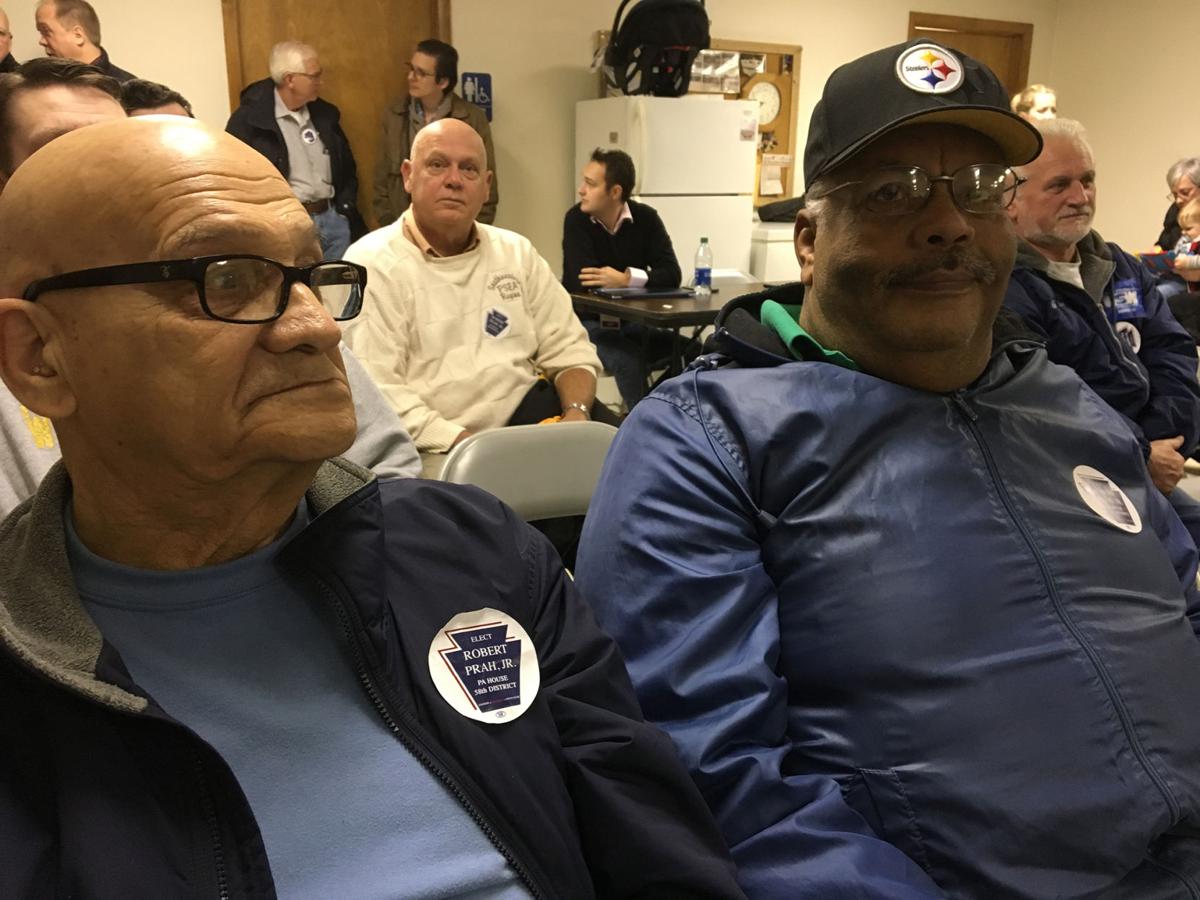 Nunzio SantaColumbo, left, and Bill Clark, both of Monessen, await the outcome of balloting Tuesday night among Democratic committee members in the 58th Legislative District.

Robert Prah Jr. of Fellsburg, Rostraver Township, in this file photo from January

Nunzio SantaColumbo, left, and Bill Clark, both of Monessen, await the outcome of balloting Tuesday night among Democratic committee members in the 58th Legislative District.

WEST NEWTON – Even before the outcome of a vote Tuesday night by Democratic committeemen and women, a blue and white yard sign supporting the special-election candidacy of Robert Prah Jr. was planted in front of a house on Venables Street in this Westmoreland County borough.

It’s not that the residents had some special powers of prophecy.

Prah, 37, of Fellsburg, Rostraver Township, has literally been running for the slot for the past nine months, logging, he said, 85 miles within the district.

The path he has taken was intertwined with that of Republican State Rep. Justin Walsh, who was nominated last May as a Westmoreland County judicial candidate.

In November, Walsh won the judicial race and joined the Common Pleas Court bench in the beginning of this month, creating a vacancy in the 58th Legislative District.

“I’m hitting the ground running,” said Prah, who had to clear a hurdle Tuesday night at the Lions Clubhouse in West Newton, where he won the nomination with 42 votes on the first ballot to Ken Bach’s 14 among credentialed delegates.

Bach, a South Huntingdon resident and 12-year member of the Yough School Board, advocated drastic changes in the funding of public schools.

Prah said if Walsh had lost the judicial seat, he planned to challenge him this year.

A major in the U.S. Army Reserve, Prah has been director of military and veterans affairs at California University of Pennsylvania since 2007. He said he intends to take an unpaid leave of absence from his Cal U. post as he campaigns.

A member of Smithton Borough Council who served as mayor from 2006-09, he said, “I know what our towns and communities need” and pledged to be a full-time legislator.

He said he can “flip” the seat from Republican red to Democratic blue. The last Democrat to hold the seat, Ted Harhai, won by less than 250 votes.

“The seat was only held for two terms,” by a Republican, he said. “So I’m very confident that the people vote for the candidate in the 58th District and they look at the candidate and their experience and what they’ll bring.

“I have a wide background of experience in higher education, firefighting, and as a major in the Army Reserves, so that, coupled with my time in the community, in the American Legion, the VFW and other organizations... I come from a labor house, so that’s a lot of this district.”

Westmoreland County’s 58th District voters will be trying out new machines with a paper trail for the first time, and in a special election, turnout can be dismal. But Prah, in calling for unity among Democrats, said, “I think that our campaign will energize people in the district.”

Westmoreland County Republicans are scheduled to convene a similar meeting later this week to pick a candidate.

The person who is elected to the House of Representatives in the special election will serve the remainder of this year, the equivalent of Walsh’s unexpired term.

The seat will also appear on the 2020 April 28 primary and Nov. 3 general election ballots for a two-year term that will begin in early January 2021.

The 58th Legislative District includes Monessen, Rostraver Township and Smithton and North Belle Vernon boroughs, plus parts of two other townships, all of Sewickley and South Huntingdon townships, and seven other boroughs.