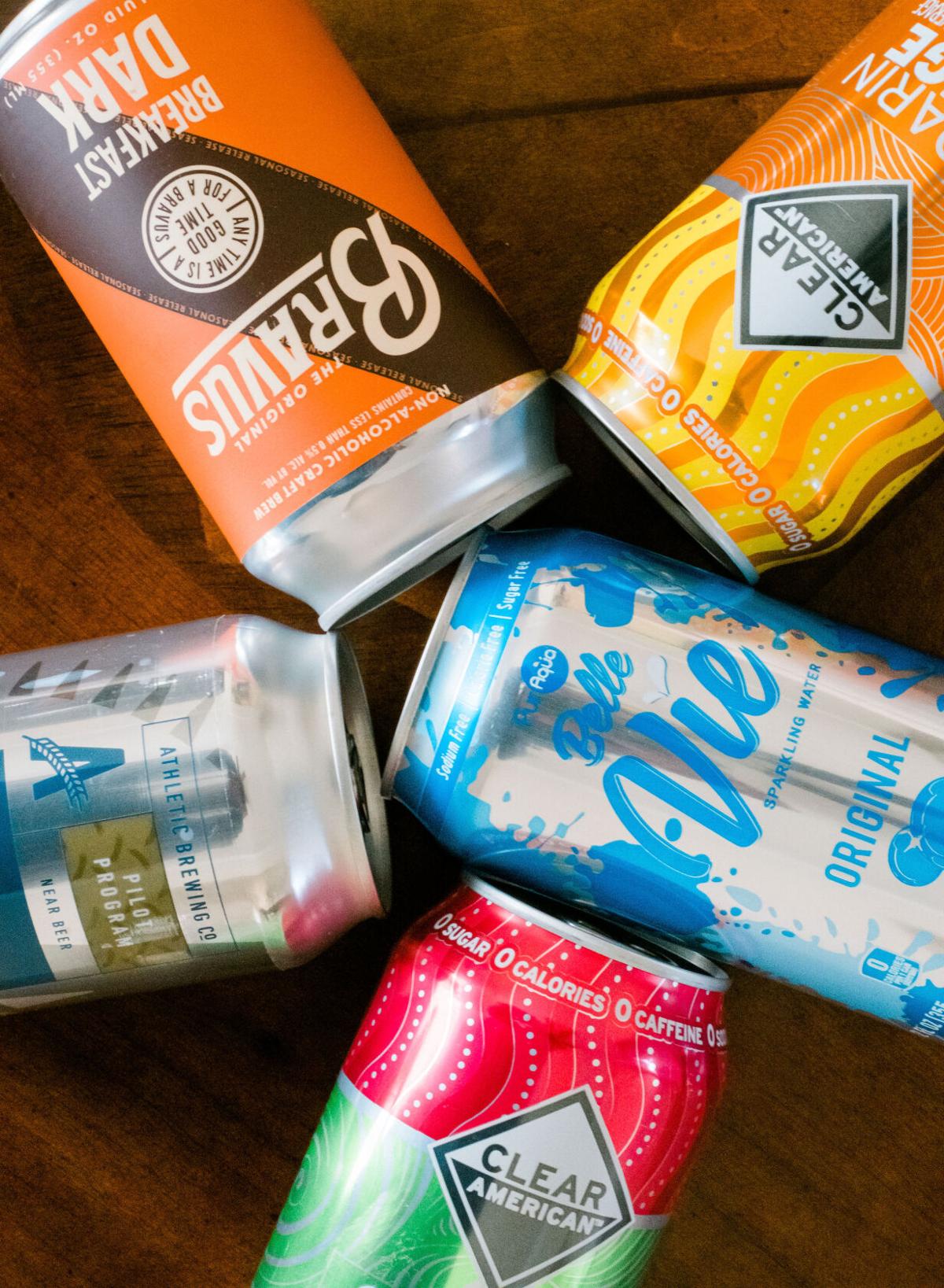 There are several fun drink options for those participating in Dry January, including flavored sparkling water (a go-to for seltzer drinkers) and non-alcoholic beer. 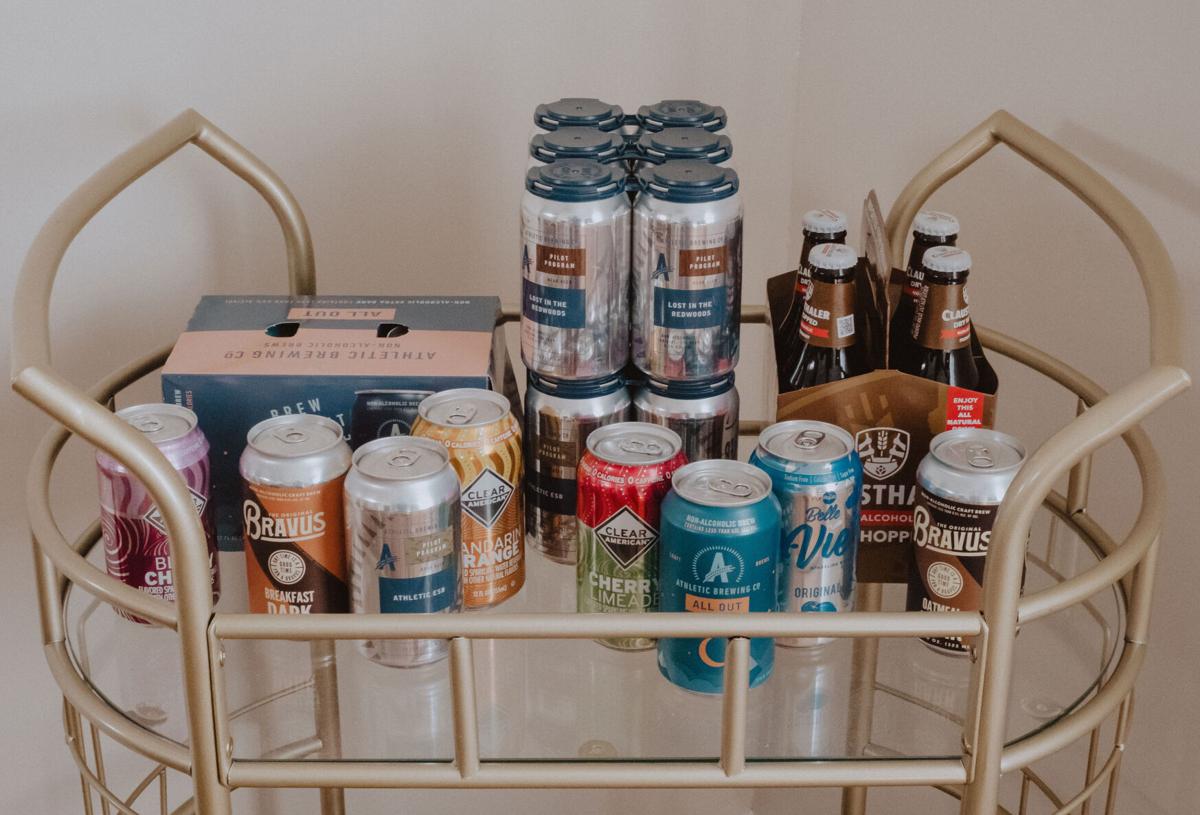 There are plenty of good drink options for those taking the Dry January challenge. Over the past decade, breweries – including Budweiser – have begun offering no-alcohol beers, and Bravus and Athletic Brewing Co. are dedicated to crafting booze-free brews. 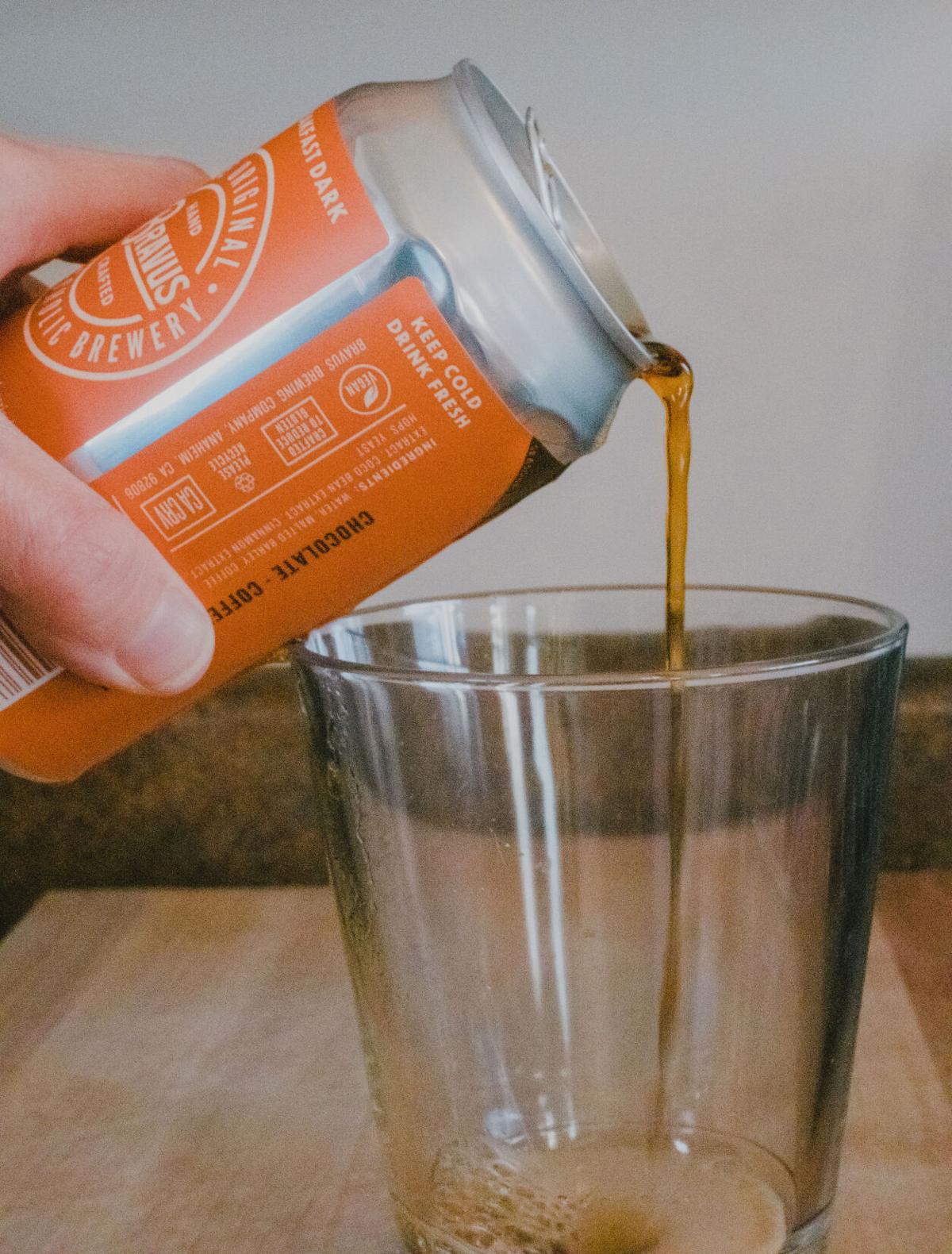 Though some professionals advise heavy drinkers to not indulge in booze-free beer, a 0.0 brew still counts as a Dry January drink option. In recent years, alcohol-free beer has upped its game, and many breweries offer N.A. beer so good it tastes like the real thing.

There are several fun drink options for those participating in Dry January, including flavored sparkling water (a go-to for seltzer drinkers) and non-alcoholic beer.

There are plenty of good drink options for those taking the Dry January challenge. Over the past decade, breweries – including Budweiser – have begun offering no-alcohol beers, and Bravus and Athletic Brewing Co. are dedicated to crafting booze-free brews.

Though some professionals advise heavy drinkers to not indulge in booze-free beer, a 0.0 brew still counts as a Dry January drink option. In recent years, alcohol-free beer has upped its game, and many breweries offer N.A. beer so good it tastes like the real thing.

“One of my friends does it every year, just as a reset over the holidays,” said Jessica Zapadka, a first-time Dry January participant who lived in Canonsburg for nearly a decade before moving to Mt. Lebanon. “(I decided) one of my resolutions is going to be doing Dry January. I just thought this would be a really good challenge for me.”

It’s a challenge gaining in popularity. Dry January began in 1942, when the Finnish government launched what it dubbed Sober January as part of its wartime efforts.

The United Kingdom charity Alcohol Change UK coined the term Dry January in 2014; the movement moved into the U.K.’s mainstream with the nonprofit’s widely publicized campaign.

Since then, the challenge has picked up steam in the states, and people participate for a myriad of reasons.

“There are a lot of benefits,” said Holly Martin, a psychologist and chief operating officer at Greenbriar Treatment Center. “I think people have found when they dry out for a month they sleep better, they feel better overall. Medically, people will find out their cholesterol levels will drop, their glucose levels will drop, their blood pressure will even out. Alcohol’s a depressant; when you remove that, most people will find out their mood is better, that they have more energy.”

“Usually I don’t. I usually get up at like 2, 3, just wide awake,” she said. “I haven’t really been getting up at those times now, which is great.”

Faith Spicer, a hairstylist at Studio 11 in Canonsburg, and her boyfriend, Ian Ramsey, are also sleeping through the night. This year marks their first Dry January.

“It’s funny because I didn’t even know it was a thing. It’s just something my boyfriend and I decided to do after the holidays,” Spicer said. “I’ll admit some days it was hard, at first. You just want to have that glass of wine to settle down, but we’re noticing it’s getting a lot easier. We don’t see ourselves really wanting a drink, really needing that.”

Wanting a drink – to take the edge off after work, to stave off boredom – has become more common since the pandemic began.

“As a culture, we normalize alcohol use with just about everything,” said Erica Usher, prevention supervisor at Fayette County Drug and Alcohol. “Especially since the pandemic, a lot of people have really been highlighting their alcohol use. There were many people who very publicly, on social media, would talk and show how they were coping with the stress of the pandemic ... with alcohol. It’s a joke, many people use that as a joke. But when we see that over and over and over again, it slowly normalizes that for all of us.”

Zapadka, who works from home as a StitchFix stylist, said COVID-19 made it even easier to clock out and grab a drink. Dry January, she said, is helping her establish healthier habits.

“I feel like, OK, instead of having a glass of wine I can get on my spin bike or go to the gym,” she said. “It’s just opened up a lot more options. Once you crack into a drink, you’re kind of down for the day.”

In addition to sleeping better, feeling lighter and more energetic Zapadka’s also drinking more water. So, too, is Quraishi.

“I do drink sparkling water – the flavored ones. I think that has definitely helped. I do drink seltzers when I do drink, so it’s kind of like the same thing.”

“A friend actually introduced them to me,” she said. “I just drink one at the end of the night. It’s fat-free, calorie-free, sugar-free, so it’s not unhealthy, either.”

Breweries in recent years have double-hopped on board the sober bandwagon, offering zero- and low-alcohol options for the sober and sober-curious.

“I haven’t opened it,” she laughed. “I’ve looked online at all kinds of wines and things like that, but then again, I don’t know if I want to put that taste in my mouth. I don’t know if I’ll be craving the alcohol instead.”

“That really just leads you back to drinking. It tastes the same, maybe, but you don’t get the same effect. It does still count as Dry January,” but, she said, “It’s a trigger. It just creates that desire for the alcohol. It’s better than drinking alcohol.”

Usher views NA beers, wines and spirits as a stepping stone on the road to recovery, in much the same way a smoker uses a nicotine patch before quitting altogether.

And John Fox, drug and alcohol director for Greene County Drug and Alcohol Program, said there’s no right way to get sober.

“I get people like the taste of beer,” said Fox. “O’Douls has been around a long time. I just talked to a guy; he’s like, ‘(Budweiser Zero) tastes the same.’ If drinking those types of products helps someone feel like, hey, I still fit in with my group of friends, I can still go out to the bar and watch a football game. If you figure out a way that you can still socially interact with your cohort of friends and not be ostracized, you pour it in a glass, it looks like a beer. If it’s working for you, it’s working for me.”

“Since this is mainly my first time being really committed to it, I just felt like I’m not even going to tempt myself,” she said. For her, water is working.

“Alcohol is not something that the body needs,” said Usher, noting increased water intake is good for smooth skin. “From a place of prevention, if we’re asking people, hey, take a period of time and see how it goes for you, to eliminate this substance from your life. As you’re living that experience, you’re going to learn something. That’s useful for a person to examine.”

Since January began, Spicer’s anxiety has decreased. Quraishi said her digestive system is working better, and both agreed with Zapadka that living a hangover-free life is kind of nice.

“I think everyone should just kind of challenge themselves: go a day, go two days, go three days, then go a week,” said Spicer.

“I don’t know if I will really go back to drinking at all,” she said. “It’s still too early to tell; I haven’t decided.”

Zapadka isn’t planning on poppin’ bottles once January ends, either.

“I think it’s good for everyone, to have this refresh. It’s just good to get back to your original self,” she said. “It’s definitely a good way to get back to zero, get in touch with your body and your mind.”