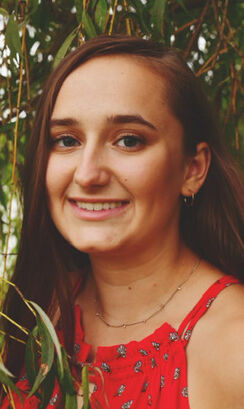 Samol, who is the daughter of James and Tammy Samol of Richeyville, plans to attend California University of Pennsylvania.

She was a member of the varsity volleyball team, national honor society, Leo Club, The Future Is Mine, Spanish Club, STEAM team, Concert Band, Science club and was a student director with the Drama Cub.

Kalamaras, who who is the son of Daniel and Kristen Kalamaras of Fredericktown, plans to attend Washington Hospital School of Nursing. He was a member of the varsity track and field team, Leo Club, student council, national honor society, Drama Club, Spanish Club, The Future is Mine and Show Choir.