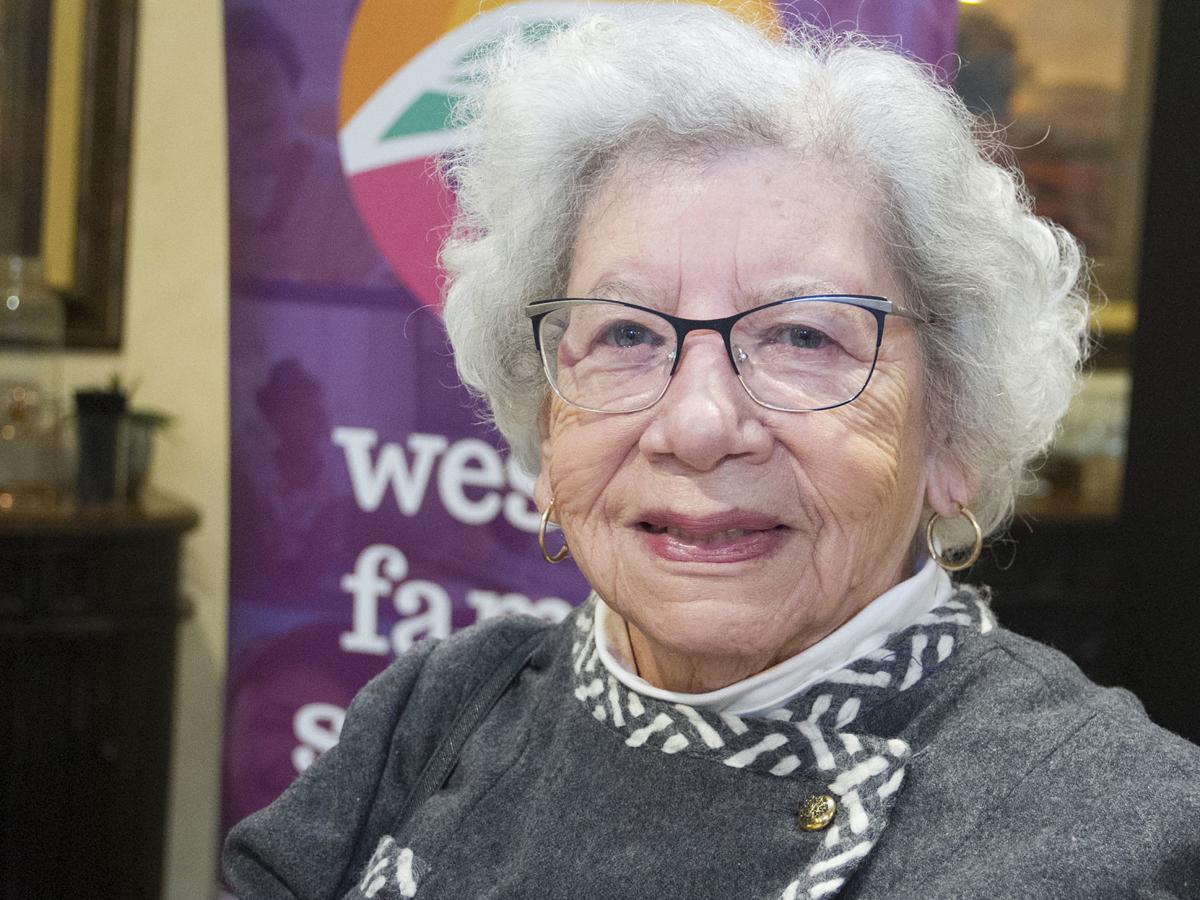 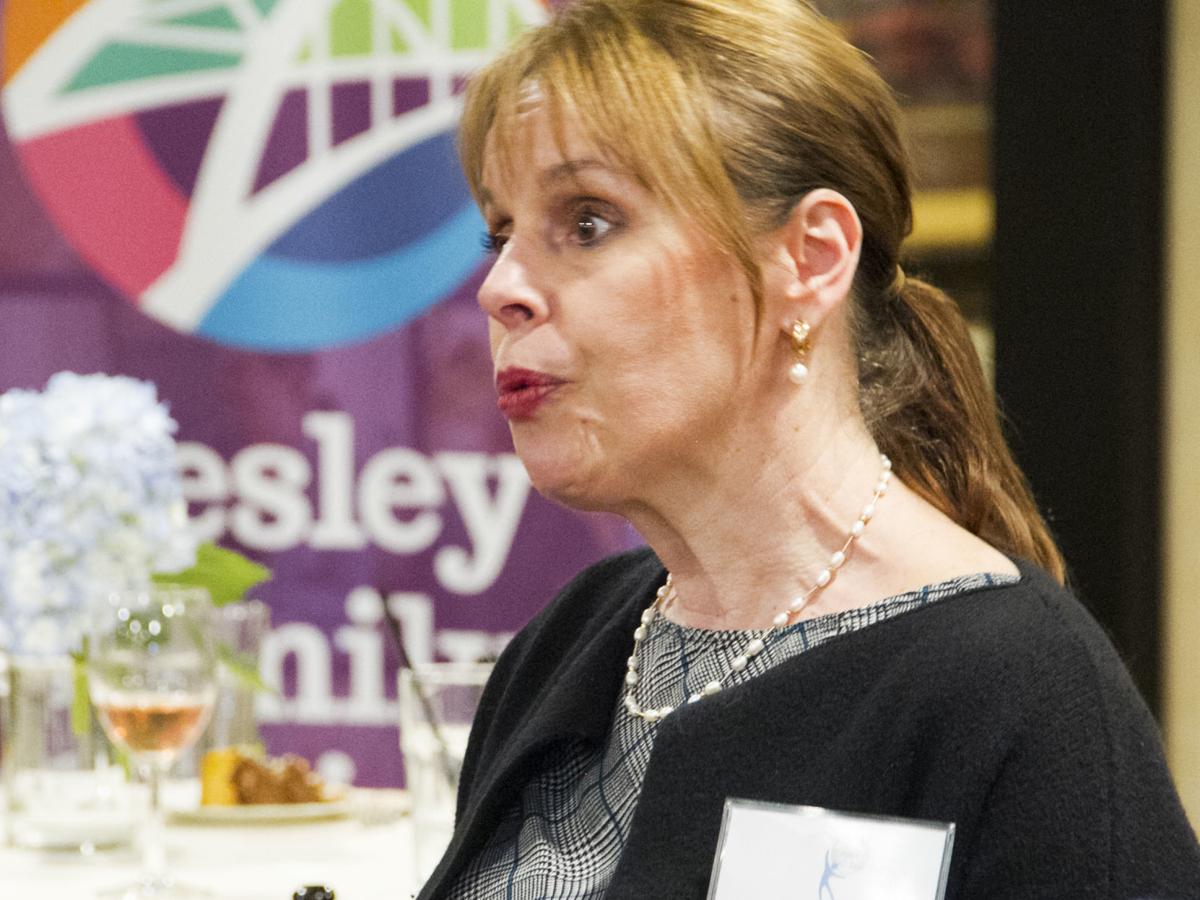 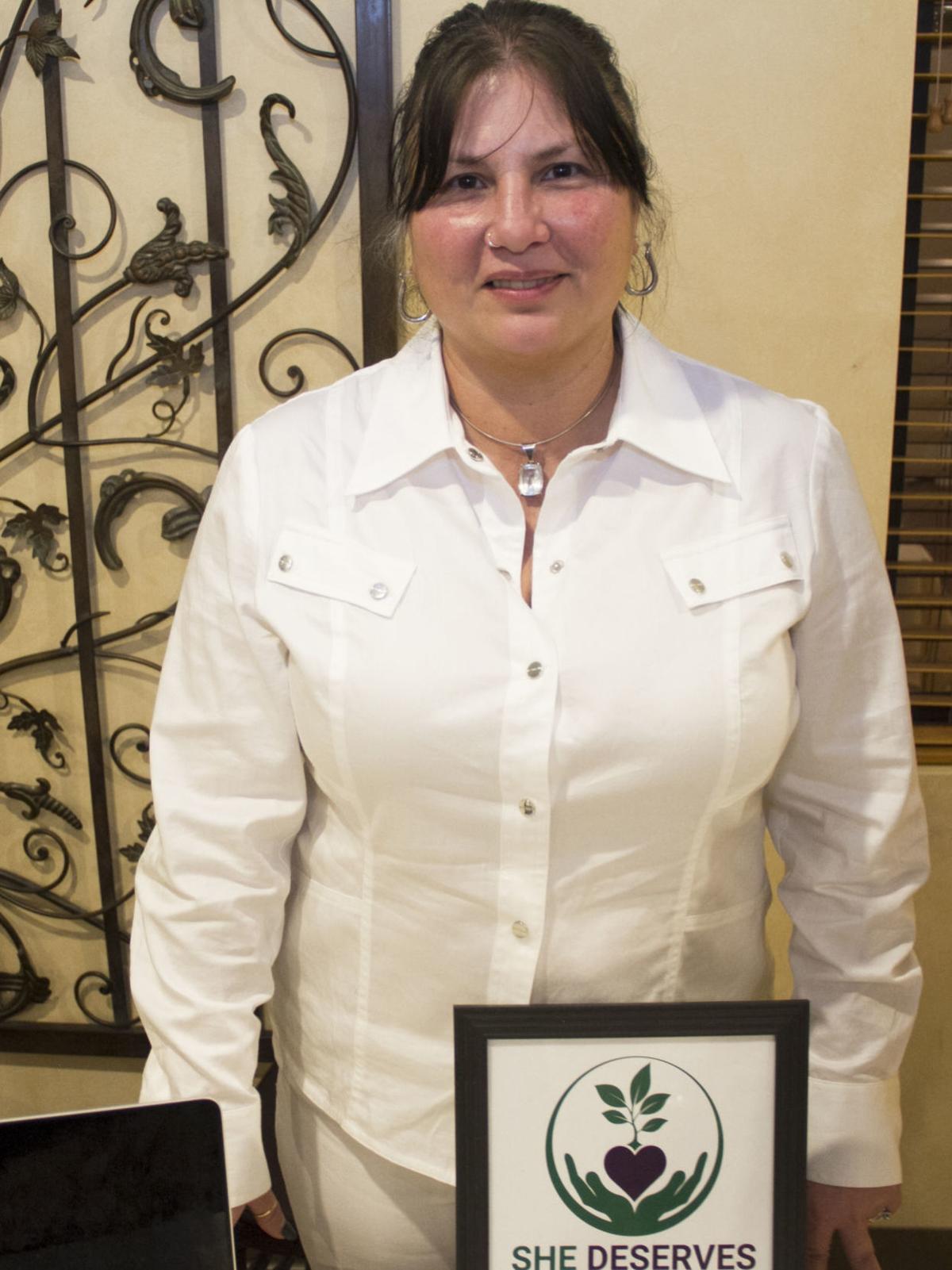 Susan Miller provides information about the nonprofit she founded with the mission of “empowering victims to stand up with dignity.” 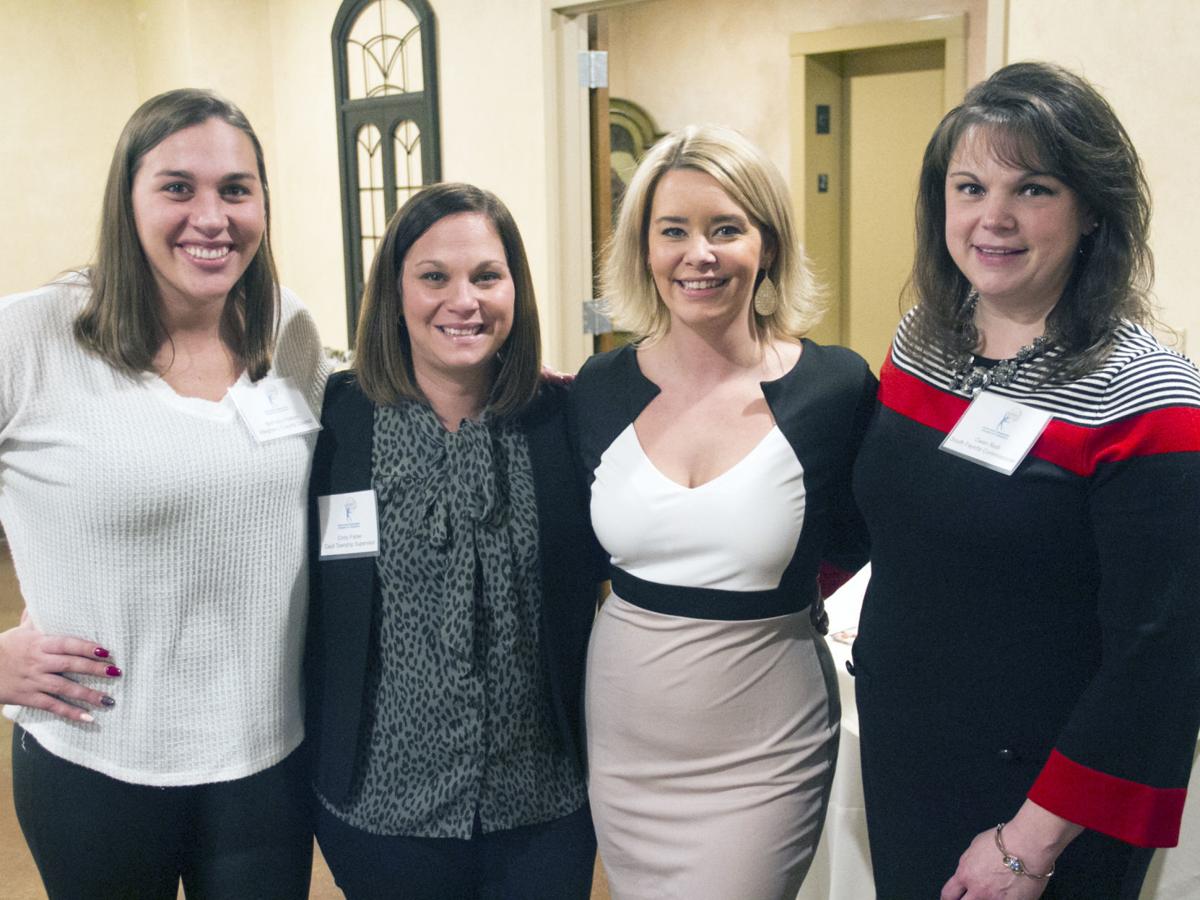 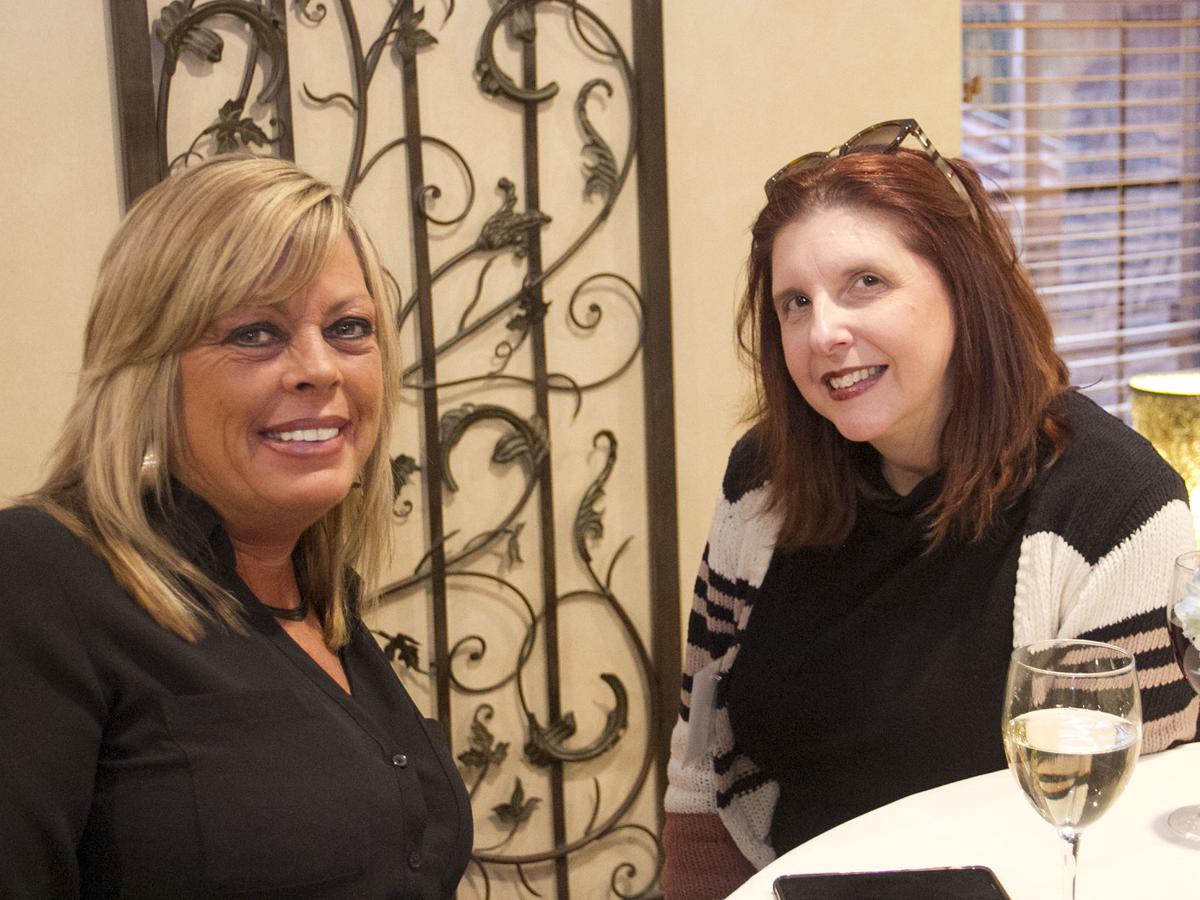 From left are chamber members Lori Mesta and Susan Jackson. 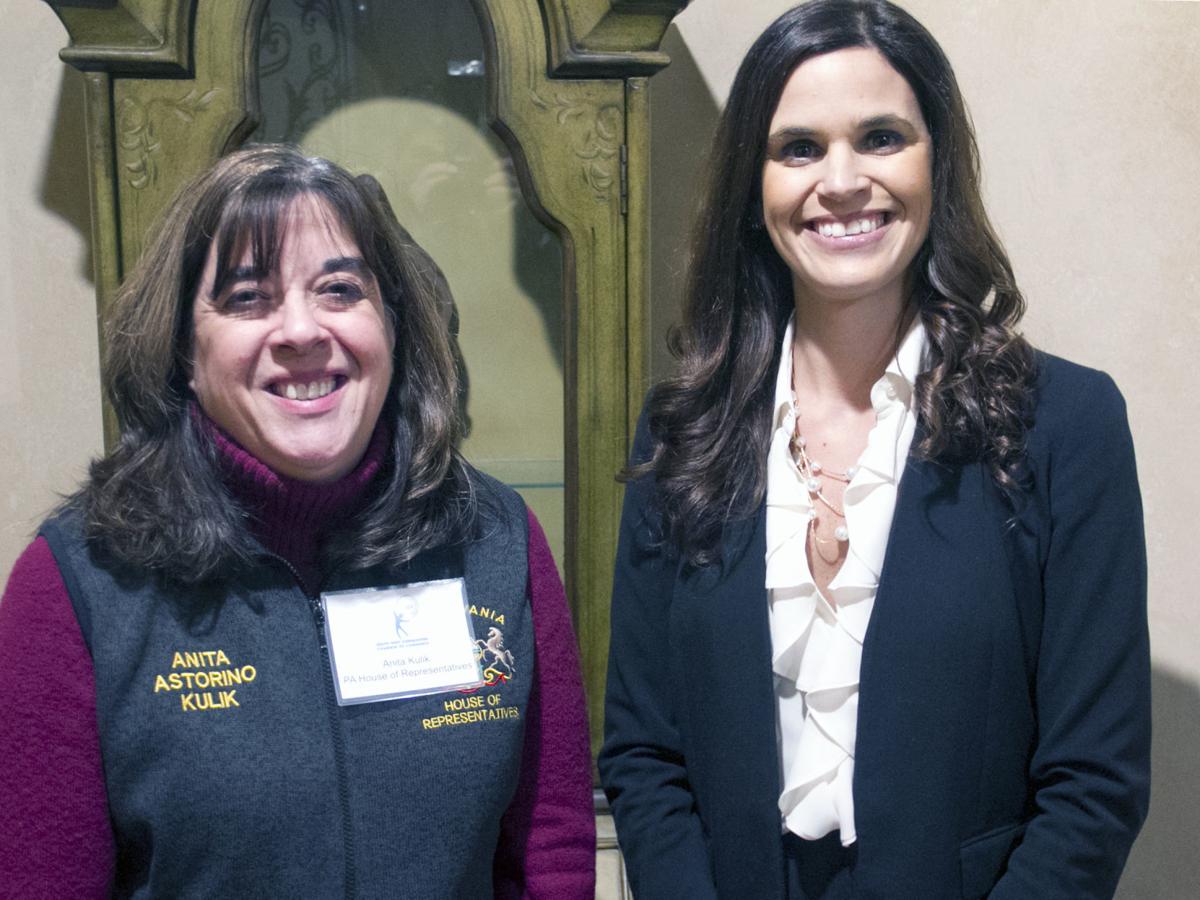 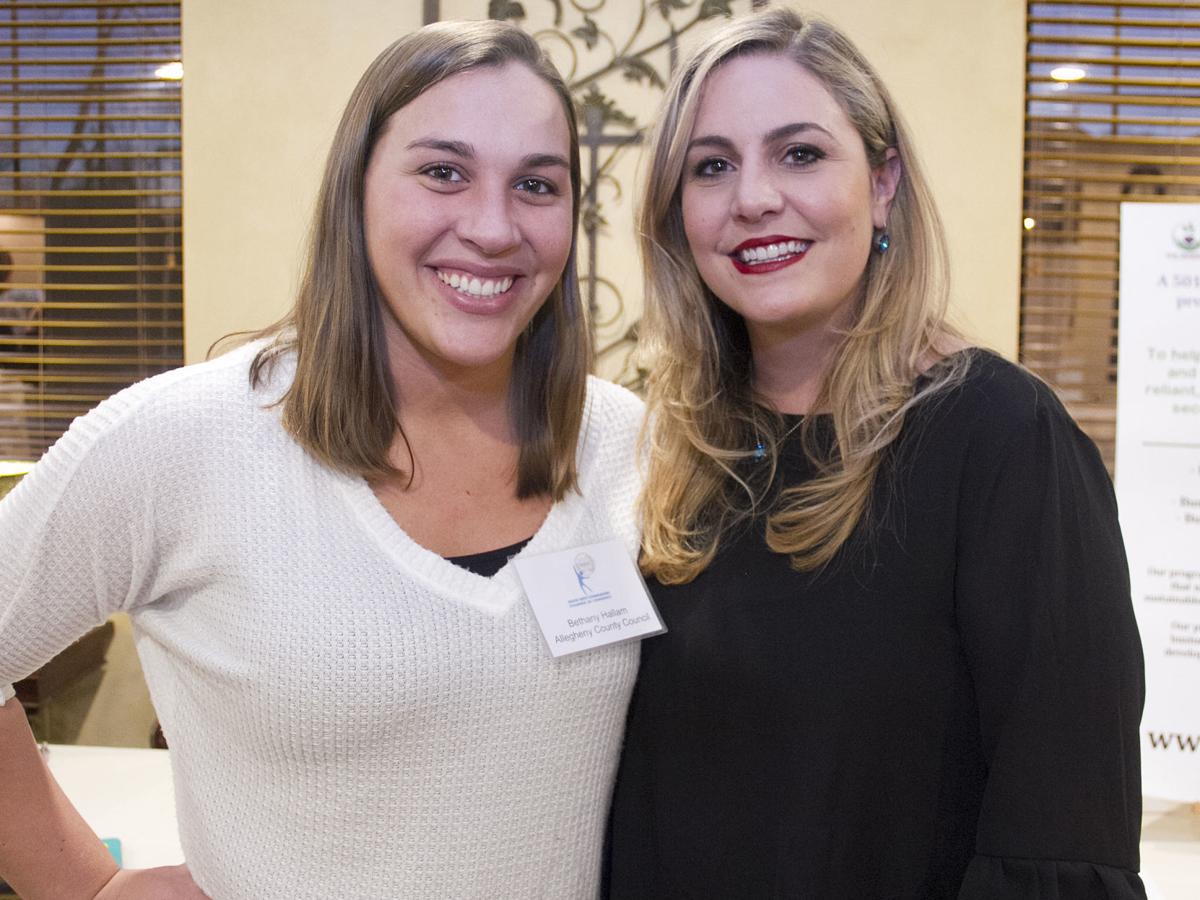 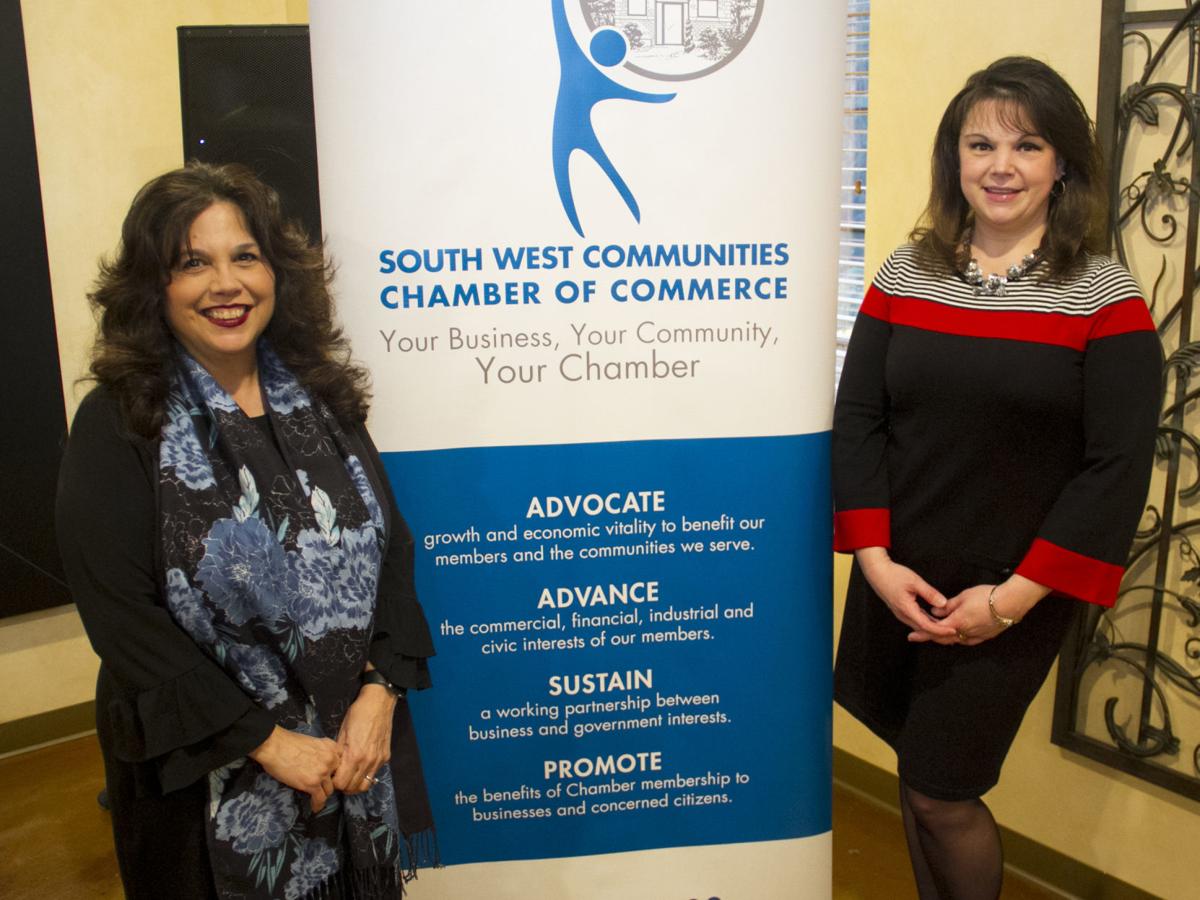 Representing South Fayette Township at the event are school board member Lena Hannah, left, and Gwen Rodi, president of the board of commissioners. 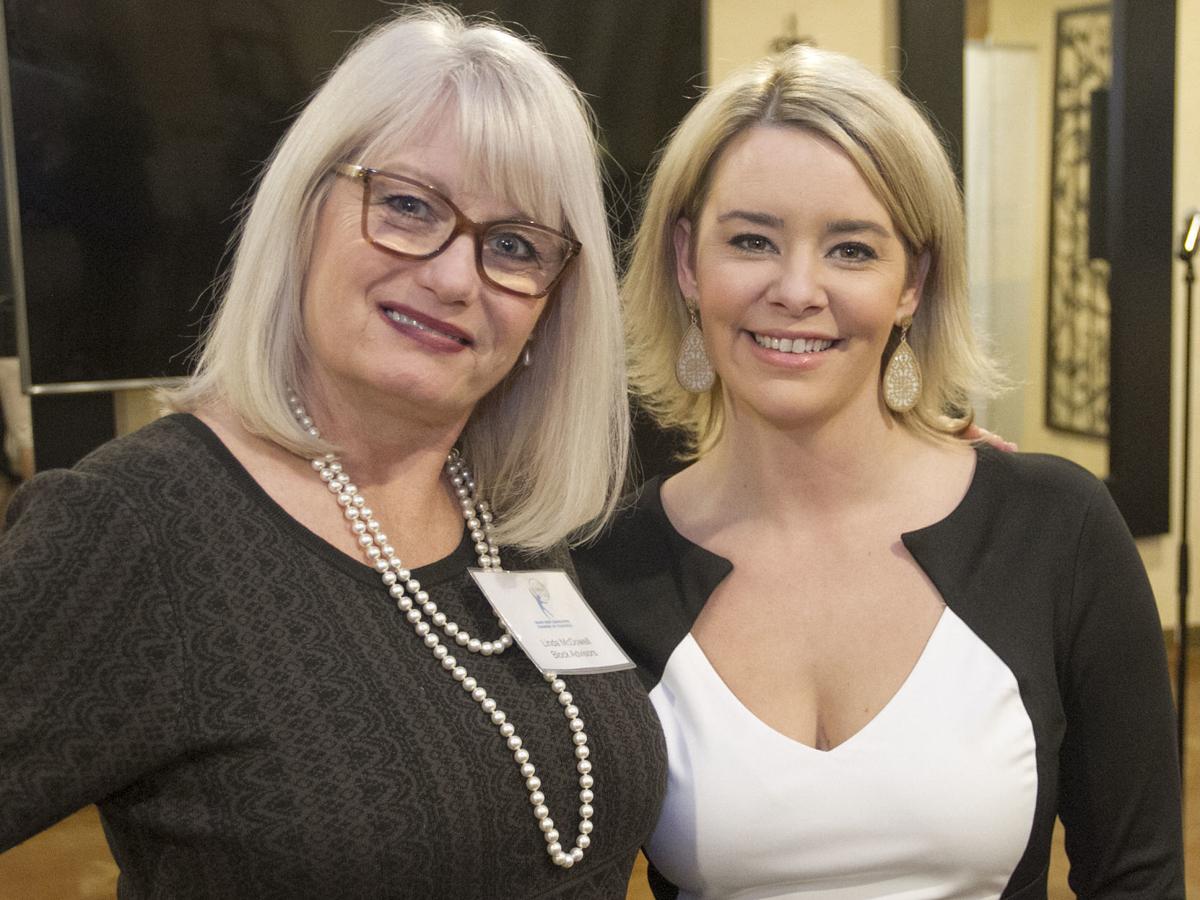 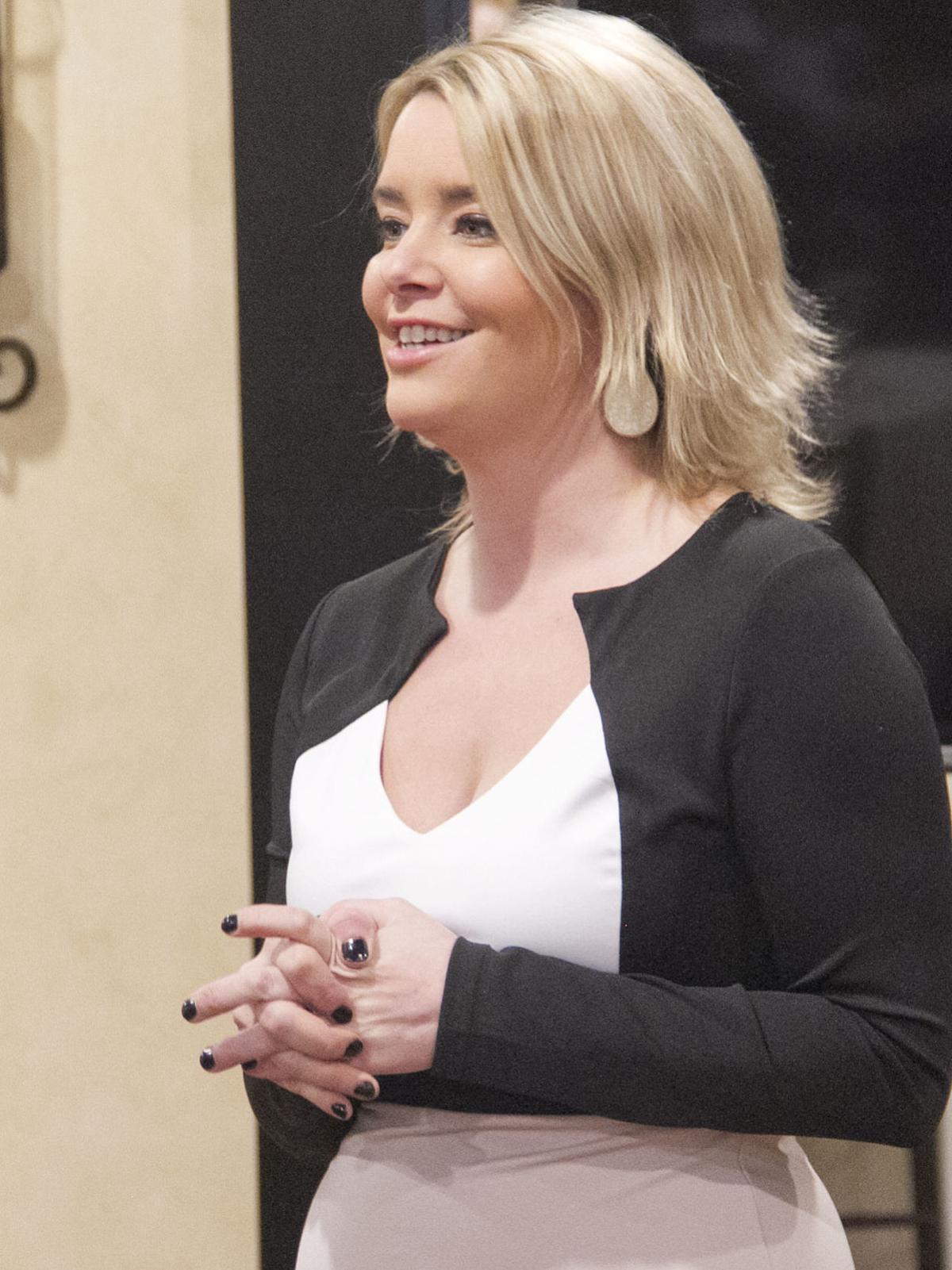 Susan Miller provides information about the nonprofit she founded with the mission of “empowering victims to stand up with dignity.”

From left are chamber members Lori Mesta and Susan Jackson.

Representing South Fayette Township at the event are school board member Lena Hannah, left, and Gwen Rodi, president of the board of commissioners.

They’re not exactly of the same generation, but Betty Copeland and Bethany Hallam have something in common that most of us never will experience.

Both are elected officials, with Copeland serving as Bridgeville Borough’s mayor and Hallam, half a century her junior, representing Allegheny County Council at large.

They joined a group including state legislators, school board directors and municipal leaders for a “Women in Politics” event hosted recently by South West Communities Chamber of Commerce as part of its ongoing Impactful Women program.

“Every time that we do an Impactful Women event, we pick a different topic that is a good topic for women: something you can learn from, something in which you might get to know people you would not in real life,” chamber executive director Mandi Pryor said. “Tonight, in the election year, I thought it would be great to kind of intermingle people from different areas, and our elected officials to get to know what’s going on in the region, get to know each other and maybe just figure out who’s on your ballot, because sometimes you just don’t know.”

Held at Bella Sera in Cecil Township, the event featured networking opportunities and what ostensibly was a 50/50 raffle. But those in attendance agreed that all the proceeds should go to Wesley Family Services, the beneficiary selected for the evening.

Heidi Buckley, Wesley’s senior manager for community engagement, provided some background about the nonprofit, which has locations in Washington and South Fayette Township, and operates the former Johnston School in Upper St. Clair.

“Wesley Spectrum and Family Services joined together about two years ago to be Wesley Family Services, which means that our growth has enabled us to help 30,000 clients,” she said. “We have 1,200 employees doing wonderful work in behavioral health and other areas.”

Those include aging services, justice and child welfare, community empowerment programs, foster care and adoption, and programs for people with intellectual and developmental disabilities.

“We are the largest provider of autism services in the Western Pennsylvania area,” Buckley noted, “and very proud of that work that we do.”

Another nonprofit represented at the chamber event was She Deserves, with founder Susan Miller on hand to provide information about the organization’s efforts on behalf of survivors of domestic abuse.

“We help identify what their strengths are and help them build entrepreneurial skills based on their strengths, so that they can become financially self-sustainable,” she said. “What we see most common with all of these women is they give up control, and they have trouble gaining that control back. Once they get out that situation, they have to learn how to take control of their lives again.”

“We don’t give them money, but if they need a website of laptops, we can get that taken care of for them,” Miller said about the grant program, which operates through strategic partnerships with area businesses.

She Deserves serves women from the startup level to seasoned entrepreneurs.

“I’ve talked to women 35 years later who are still dealing with the trauma that they’ve gone through, and it continues to impair their lives and their businesses because they haven’t worked through those issues.”

For more information, visit Wesley Family Services at wfspa.org, She Deserves at shedeserves.yolasite.com and South West Communities Chamber of Commerce at southwestcommunitieschamber.org.