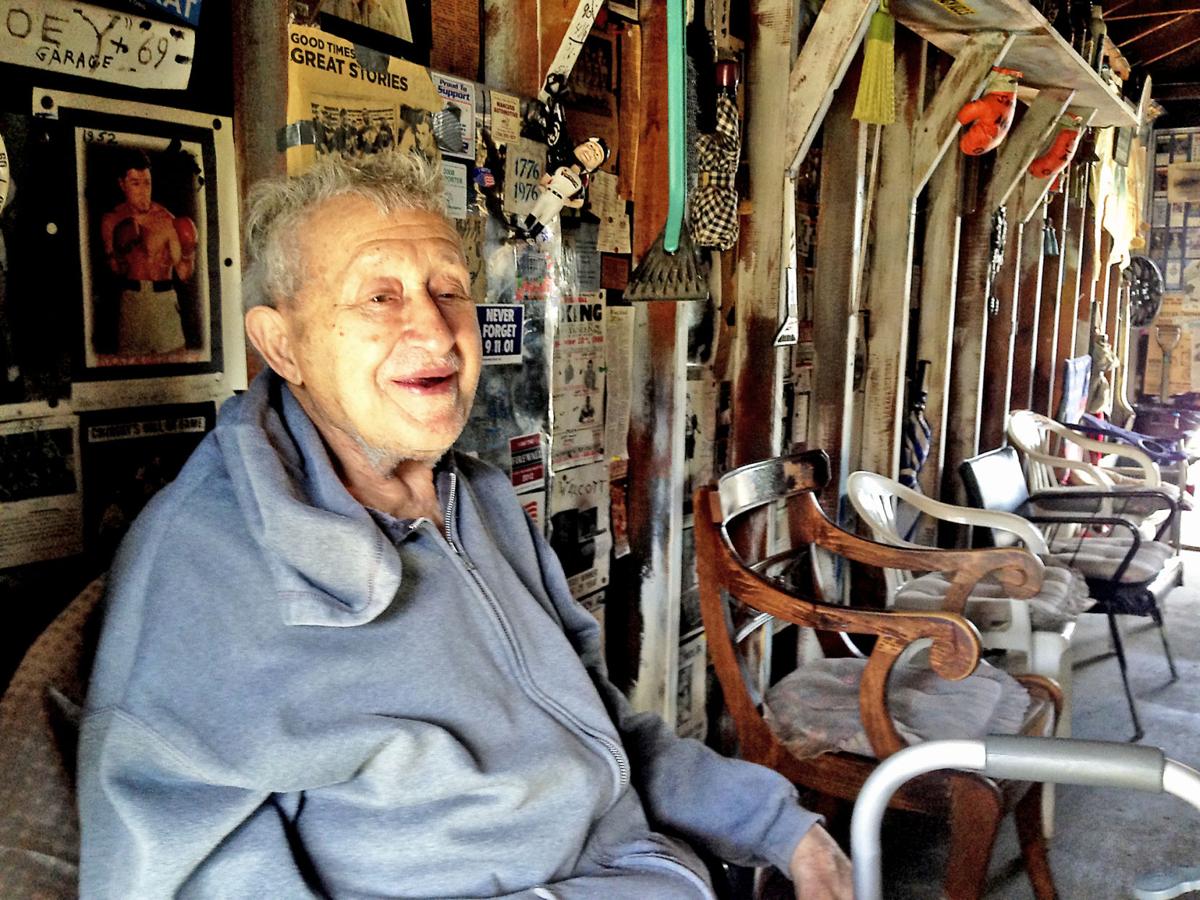 Joe Mancuso in his Tylerdale garage 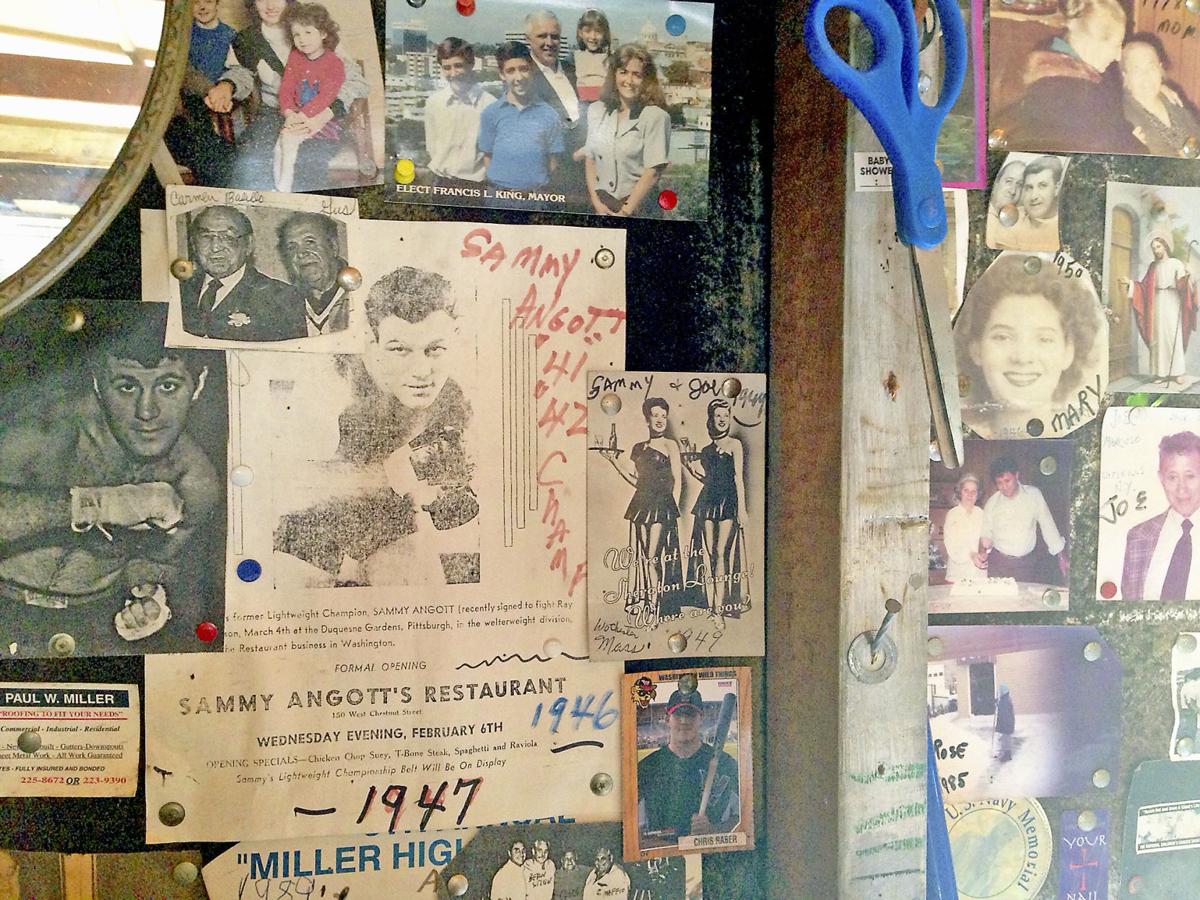 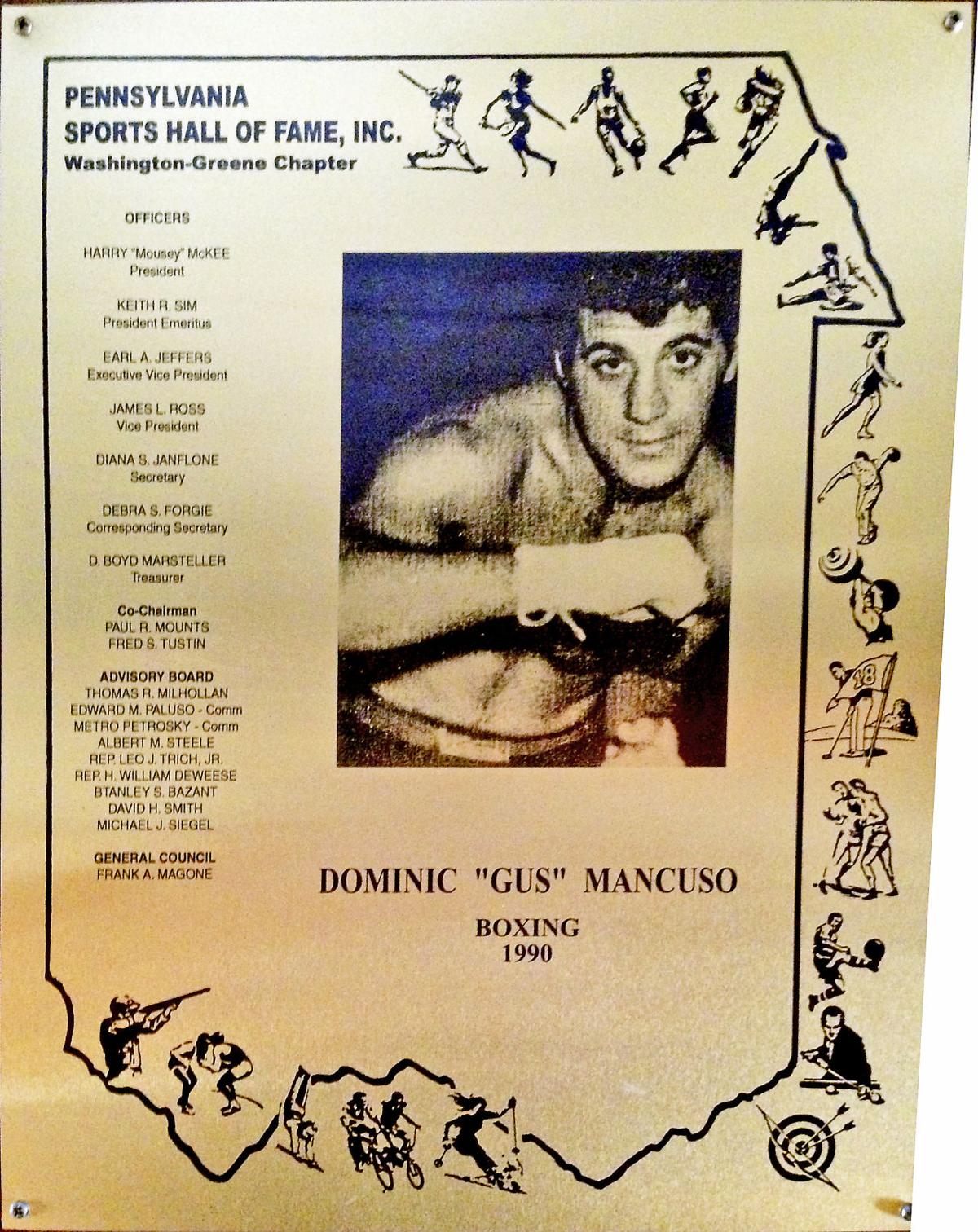 Mancuso’s brother, “Gus,” was inducted into the Pennsylvania Sports Hall of Fame. 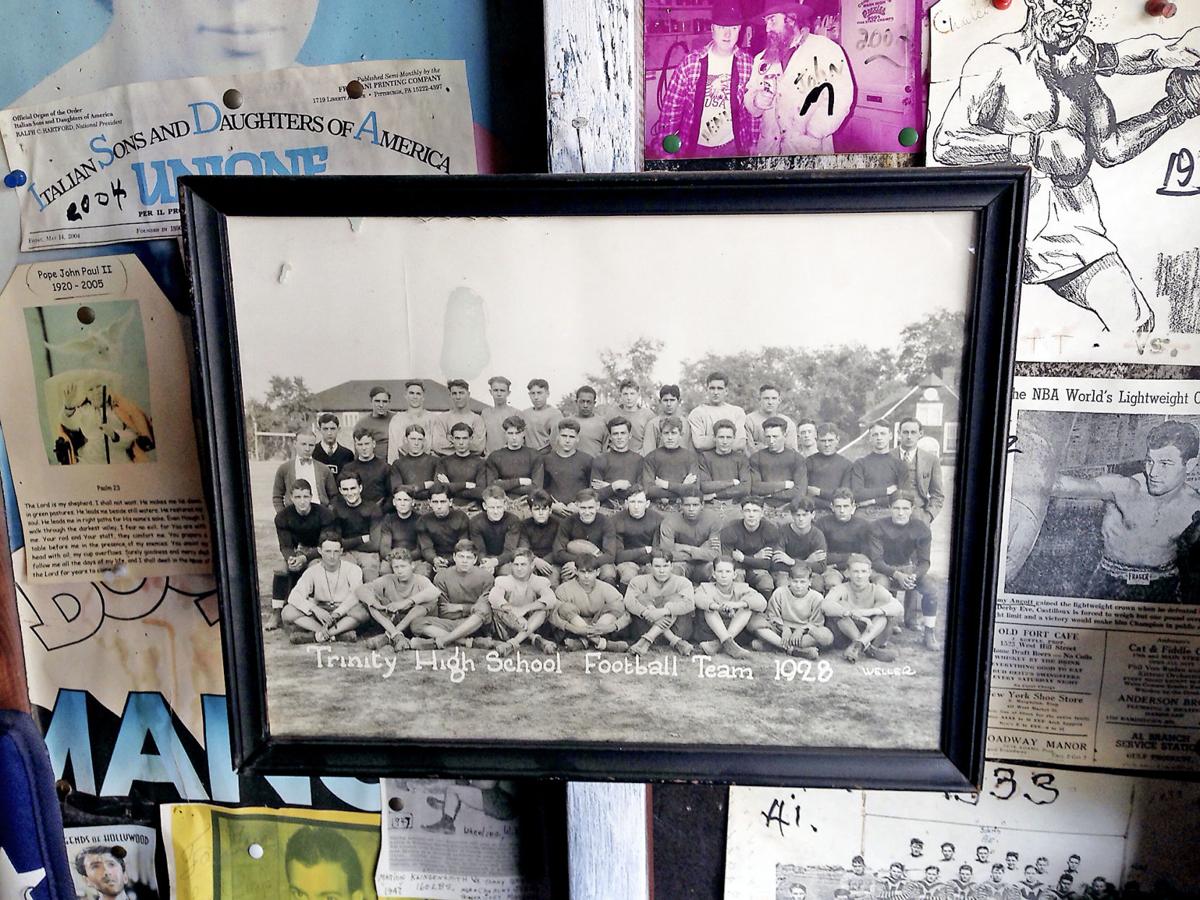 Joe Mancuso in his Tylerdale garage

Throughout his long life, Joe Mancuso, 96, has felt immense pride in his hometown of Washington, his alma mater, “Wash High,” and the local Italian Americans who made their mark in the world of sports and entertainment, like World Lightweight Champion boxer Sammy Angott.

Over the last few decades, Mancuso has displayed his “pride of place” in a homemade museum in the detached garage behind his childhood home on Woodland Avenue in Tylerdale.

Nearly every inch of wall space is covered with photos, news clippings and memorabilia. Those who encounter Mancuso’s tour de force for the first time find themselves enthralled, not only with the visual spectacle, but also with the stories Mancuso tells.

Such was the reaction of Joe Kanotz, a eucharistic minister at St. Hilary Catholic Church who began taking communion to Mancuso in his home three years ago.

“Joe is a consummate storyteller,” said Kanotz, a clinical social worker who specializes in counseling and psychotherapy. “He has a fabulous memory for details. He’s a library, himself. ”

Upon seeing Mancuso’s treasure trove of history and hearing his stories, Kanotz knew he had to inform his friend Tom Olszewski, a retired teacher and local history buff.

Olszewski, who taught history at Canon-McMillan High School, used to require his honors students to record the oral histories of older residents whose memories might otherwise be lost. Over more than a dozen years, his students recorded the recollections of former Canonsburg Mayor Lou Colaizzo, chocolatier Frank Sarris and many others.

“It inspired the kids to learn about history,” Olszewski explained. Likewise, he said, “I learned more history from those tapes than I did from any book.”

Now it would be Olszewski’s turn to be the student. After meeting Mancuso and seeing his museum, Olszewski knew what to do.

“I thought it was fascinating,” he said. “The display is not just boxing, but football, entertainment, Joe’s military experience during World War II.”

Mancuso served on the USS Andromeda, an amphibian vessel that provided support to the D-Day invasion of Normandy in 1944. In total, he served eight years in the U.S. Navy and four in the Navy Reserve.

“Joe is a community treasure,” said Olszewski. “The details he remembers at his age (are) amazing.”

With equipment borrowed from the library, Kanotz and Olszewski (with videographer Bill Belleno, also a retired Canon-Mac teacher) recorded Mancuso for two hours in 2016. But that was just the beginning of the effort.

Kanotz and Olszewski are on a mission to find a permanent home for the memorabilia. They plan to approach the Washington-Greene County Chapter of the Pennsylvania Sports Hall of Fame, the Brownson House and Washington School District, among others.

“We’d like to find a place in the community,” said Olszewski. “The information Joe has to offer should not be forgotten or lost. We need to keep it alive for future generations.”

Mancuso said he appreciates the effort to preserve his museum. Otherwise, he said, “ I don’t know what would happen to it.”

Olszewski, a former football coach at Canon-Mac, Trinity and Washington & Jefferson College, said the museum speaks to the role of sports in Washington’s immigrant neighborhoods in the early-to-mid 20th century.

“Sports gave kids a place to not get in trouble,” said Olszewski. “Men would get together and talk about sports.”

“Every street in Tylerdale had a football and baseball team,” Mancuso elaborated. “We’d go to different fields around here to play. When the Brownson House opened in 1938, my buddies and me went there to learn to box. A coach from W&J, George Tucker, came down to teach us.”

Some great athletes came out of Wash High in those days, Olszewski said. One was Mancuso’s younger brother, Dominic, known as “Gus,” who played football for the school and went on to become a noted boxer.

“Tony Ruffa played for Duke. Then World War II came and we all went off to fight,” he said.

“They were on the other side of the tracks,” he said. “There were a lot of good athletes there, too.”

Over the decades, Mancuso and his friends, many of them second generation Italian-Americans who grew up in Tylerdale, pulled up chairs amidst the memorabilia to shoot the breeze.

“They’re all gone now, all my buddies,” he said.

Mancuso and his brother Gus were the only American-born children of Domenico and Maria Manfredi Mancuso, immigrants from Savelli, Catanzaro, Calabria. Three older children were born in Italy. The family – except for one daughter who married and remained in Italy – settled in the Woodland Avenue house in the mid-1920s.

In 1927, when Joe Mancuso was six years old, his father died suddenly. From that point on, Joe and his siblings helped their mother support the family, and later cared for her in the family home, until her death in 1979 at age 99. All of Mancuso’s siblings are now deceased, as is one of his daughters. Another daughter lives in Canonsburg.

Because of arthritis, Mancuso doesn’t get out much these days, but enjoys taking visitors into the museum and telling stories.

“Joe is kind, accepting and nonjudgmental,” said Kanotz. “Never have I heard him utter a negative, harsh word about anyone.”

“His stories show his pride in Washington,” he added, citing one of Mancuso’s often-told stories as an example.

In 1943, as one of about 20 sailors riding in an open truck through Manhattan en route to the Brooklyn Navy Yard, Mancuso was shocked to see the marquee at Madison Square Garden announcing that evening’s basketball championship between W&J and Creighton University, as well as an upcoming bout between boxers Sammy Angott and Willie Pep.

“I started yelling and screaming,” said Mancuso. “My shipmates said ‘What are you hollering about?’ I said, ‘That’s my hometown up there.’”

Tina Calabro is volunteer program manager of the Italian Heritage Collection at the Hood Local History Center of Citizens Library. For information about the effort to preserve Mancuso’s memorabilia, call Tom Olszewski at 724-413-1762.