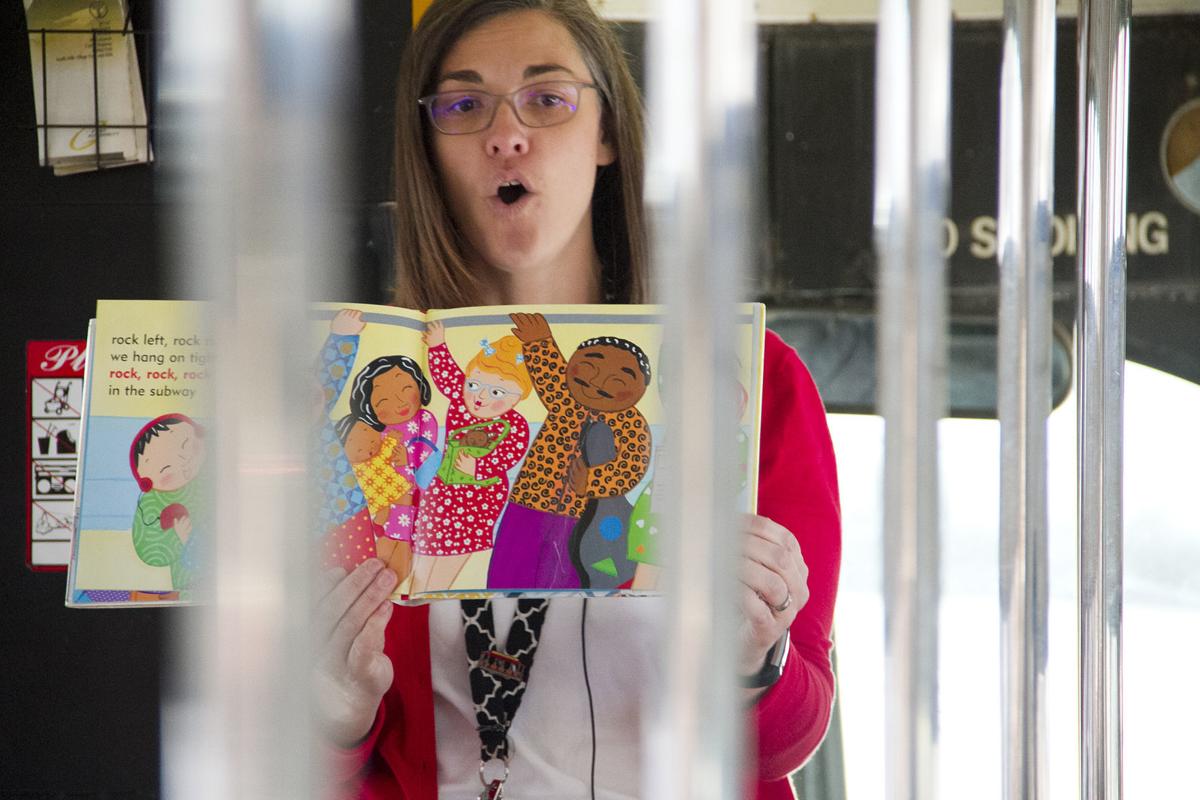 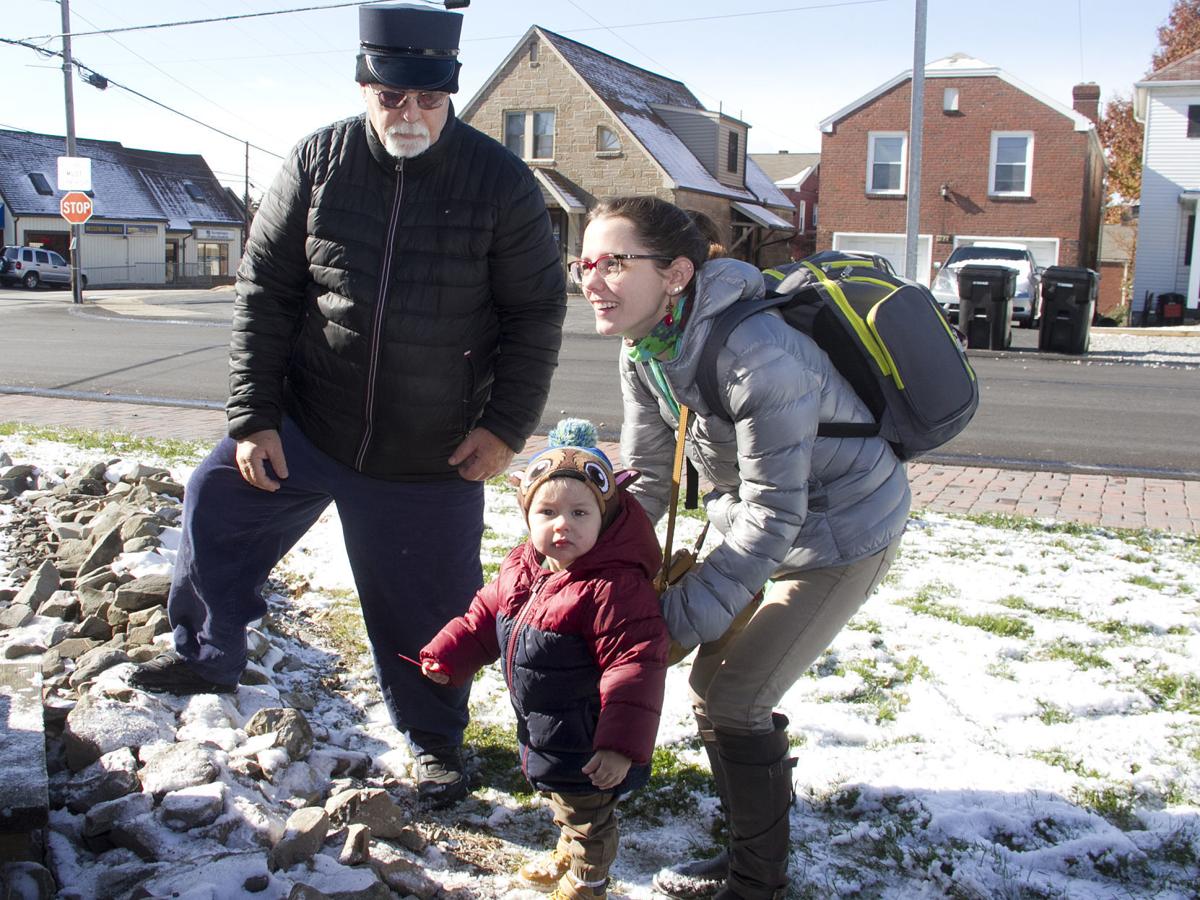 Jim Modery welcomes Henry and Renee Schultz to the trolley. 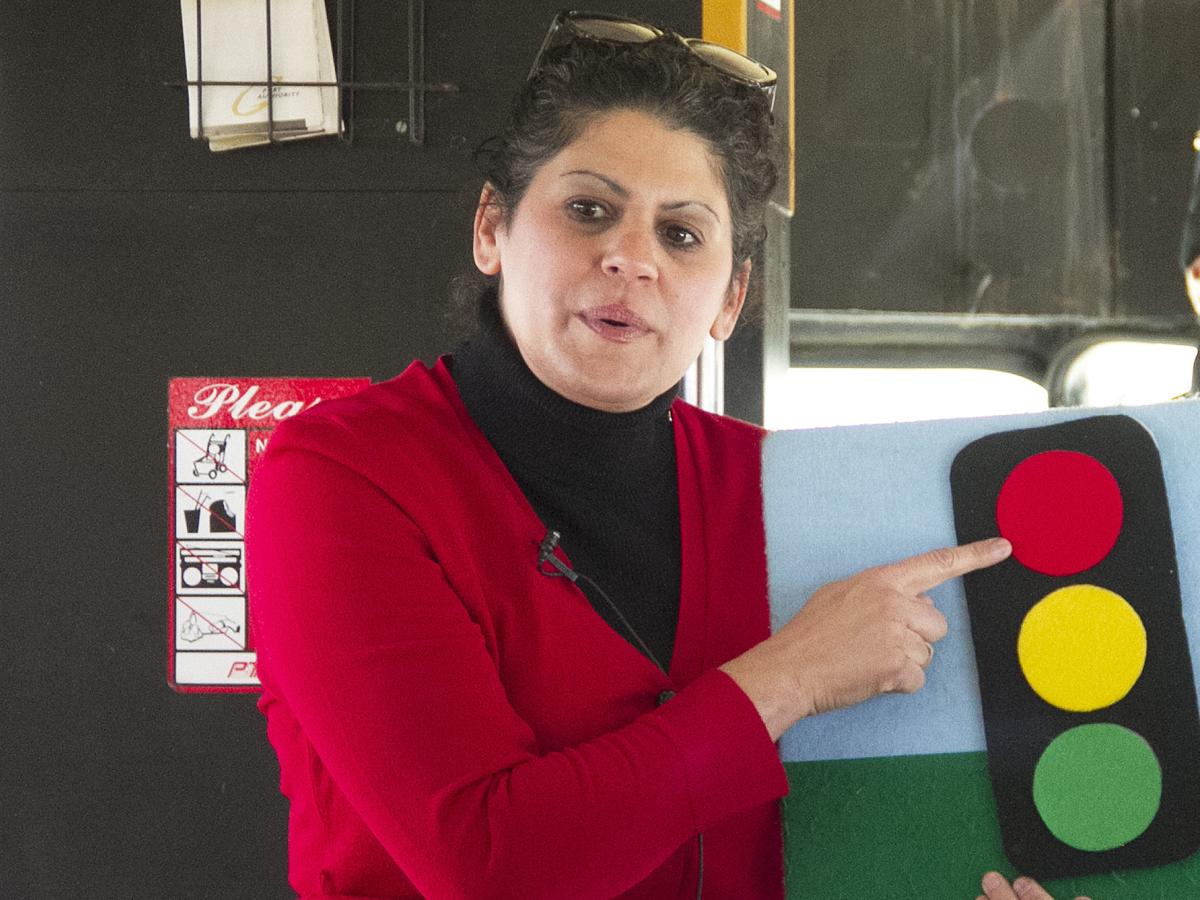 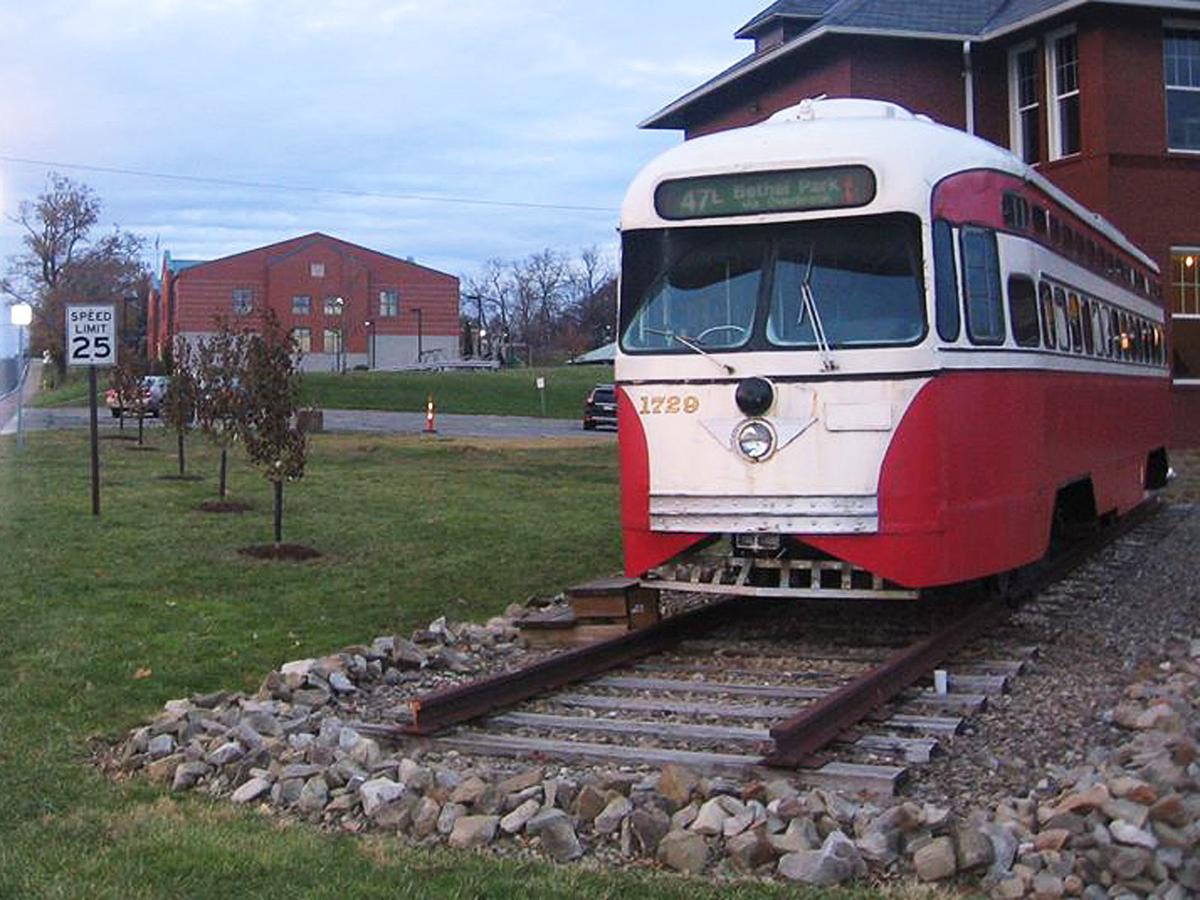 Presidents Conference Committee Car No. 4007 was built in 1947 and originally numbered 1729. The car was rebuilt on a new frame in 1981, when the Port Authority also gave it a new number.

Jim Modery welcomes Henry and Renee Schultz to the trolley.

Presidents Conference Committee Car No. 4007 was built in 1947 and originally numbered 1729. The car was rebuilt on a new frame in 1981, when the Port Authority also gave it a new number.

The youngsters who boarded Presidents Conference Committee Car No. 4007 weren’t even close to being born yet when the Port Authority retired it.

Heck, that’s back when their moms were kids.

The 17-ton, 46-foot-long, seven-decade-old streetcar now sits in front of the Schoolhouse Arts and History Center in Bethel Park after traveling PAT’s Drake Line until its closing on Sept. 4, 1999.

Adding an educational component to the historic method of conveyance, the Bethel Park Historical Society recently invited children to a special Trolley Storytime. They presented tickets to Jim Modery, a model railroad enthusiast who donned his conductor’s cap for the occasion, before climbing aboard and taking their seats.

Visiting from Bethel Park Public Library were Elaine Volpe, youth services department head, and Sarah Runco, who took turns reading a series of books providing lessons about various types of transportation. They also led the group in song, starting with a slightly modified version of a perennial kids’ favorite, “The Wheels On the Trolley.”

For those who might like to read them for their children, the books were “Subway” by Anastasia Suen and Karen Katz; “Train Man” and “Trashy Town,” both by Andrea Zimmerman and David Clemesha; and “Who Is Driving?” by Leo Timmers.

“You’re going to need your thinking caps,” Runco said as she started the final one, with the youngsters proceeding to have a blast guessing which animals piloted which vehicles.

The proceedings wrapped up with Volpe’s words of wisdom that the kids will find to be particularly applicable in a dozen years or so:

“No matter what vehicle we are driving, we always have to obey the traffic lights.” And she made sure that they understand exactly what green, yellow and red mean, something that everyone can take under advisement.

As they disembarked from the trolley, the guests were presented with wooden nickels, courtesy of the Pennsylvania Trolley Museum in Chartiers Township, which also provided brochures in case parents want to give their children further insight to the world of transportation.

According to Bill Haberthur, secretary of the Bethel Park Historical Society’s executive committee, more storytimes will be on tap in the future.

Meanwhile, here’s more information in connection with Car No. 4007:

In the 1920s, a group known as the Electric Railway Presidents Conference Committee, made up of streetcar system executives, worked up coming up with a standardized car design. The result, known as PCC for short, debuted in June 1936 with Pittsburgh Railways the first official line to use the car.

Through 1953, PCCs ran along the interurban line connecting Pittsburgh with Washington. After that closed, the cars traveled from South Hills Village to the Drake Loop, off Bethel Church and Drake roads in Upper St. Clair.

And then it would be another 46 years before the PCCs stopped running for good.