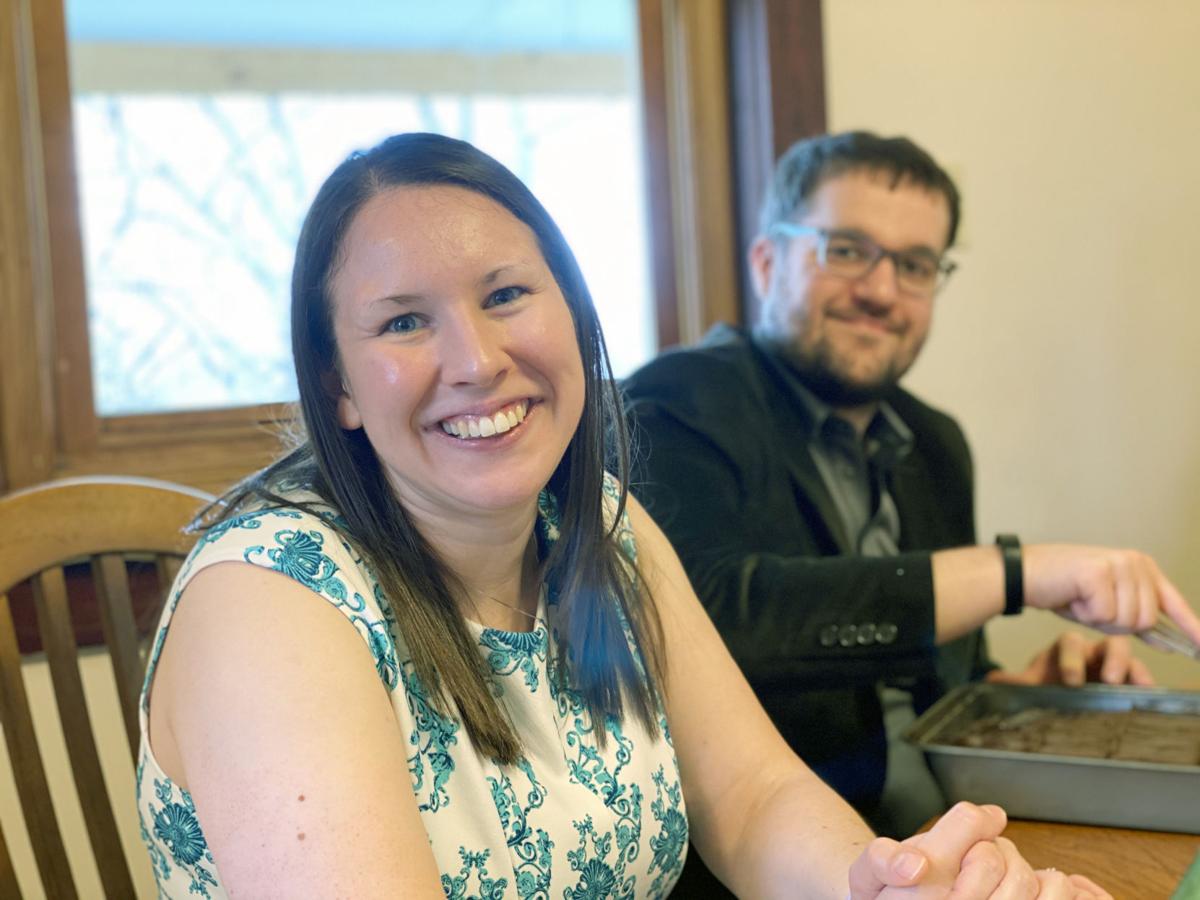 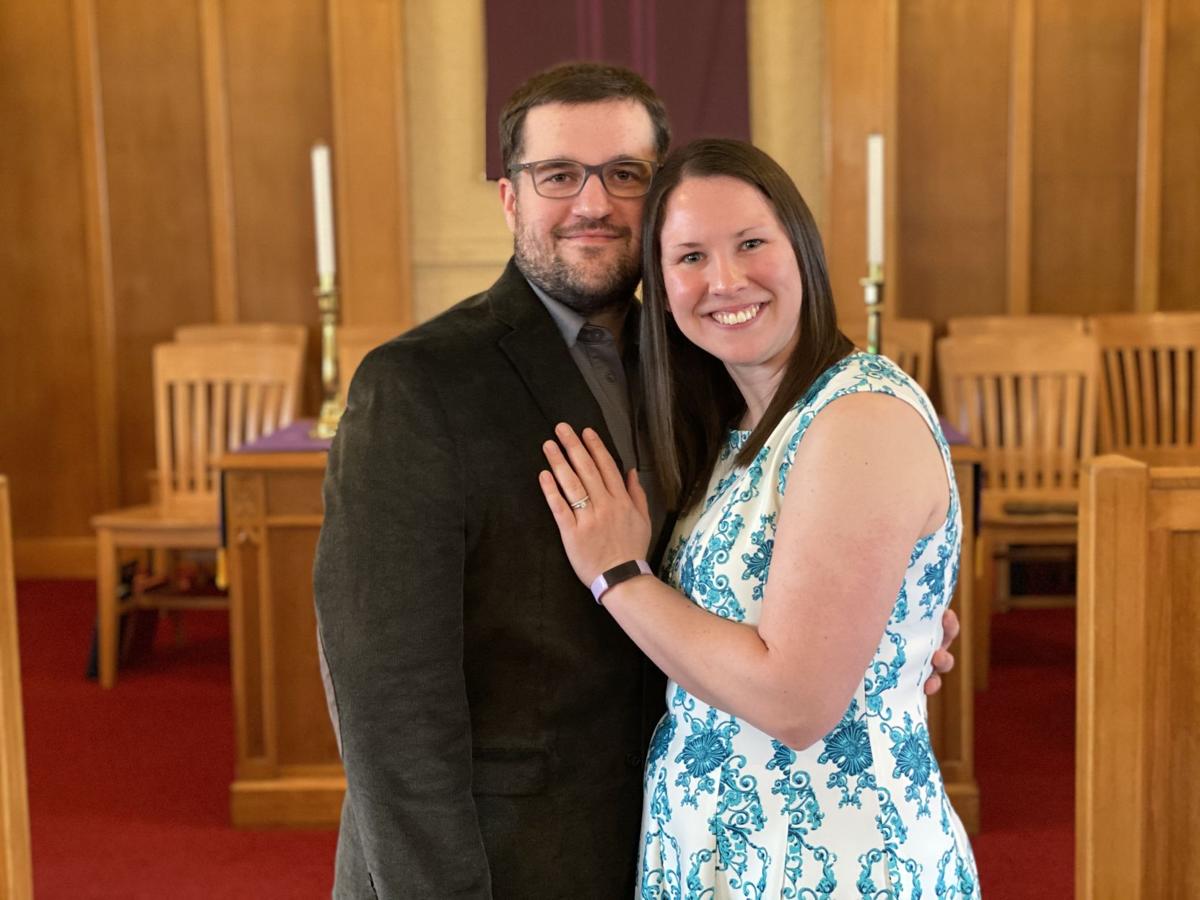 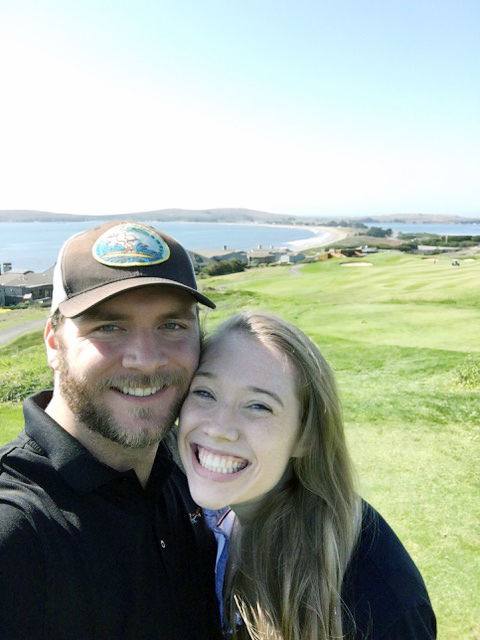 Laura Mobley and her fiance, Andrew Newman, have had to shift around their wedding plans due to the coronavirus pandemic. 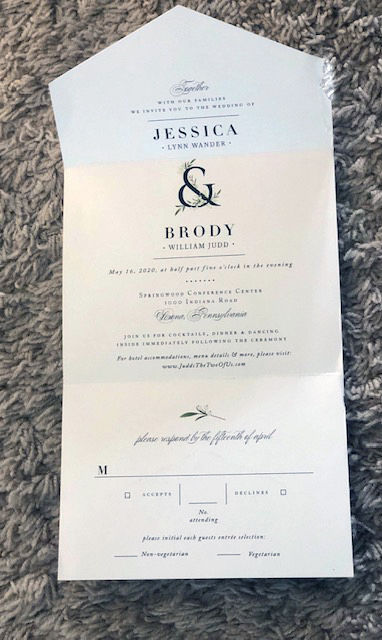 An invitation to the now-postponed wedding of Jessica Wander and Brody Judd. 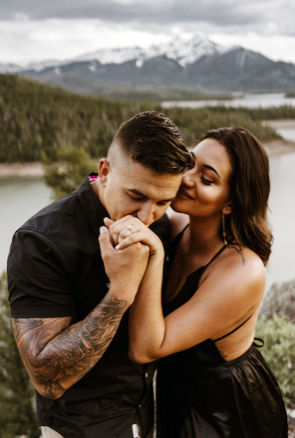 Jessica Wander and Brody Judd have had to postpone their May wedding because of the coronavirus pandemic. 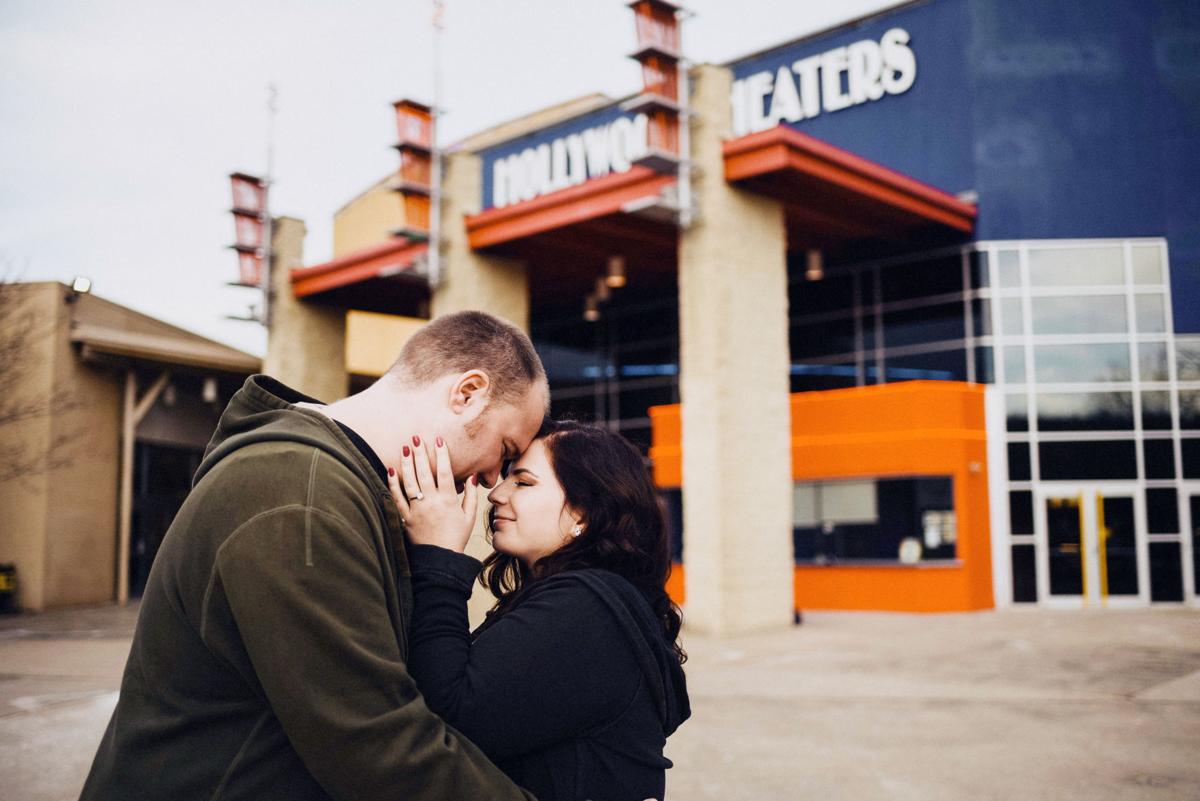 Laura Mobley and her fiance, Andrew Newman, have had to shift around their wedding plans due to the coronavirus pandemic.

An invitation to the now-postponed wedding of Jessica Wander and Brody Judd.

Jessica Wander and Brody Judd have had to postpone their May wedding because of the coronavirus pandemic.

With June looming just 36 days away, the wedding plans many couples had been carefully laying for months have now been hopelessly derailed thanks to the coronavirus. Churches packed with friends and family, well-wishers dancing in reception halls and multi-tiered cakes have been nixed, with couples opting to have either private ceremonies or put off their nuptials for another year, hoping that by spring 2021 the coronavirus threat will have subsided sufficiently that large groups can gather safely.

The grim reality of weddings being postponed or downsized has implications not just for couples wishing to launch their lives together, but for businesses that provide flowers, food, photography, music and all the other components that go into a couple’s big day. The average American wedding cost a little more than $30,000 in 2018, and the whole wedding industry has been pulling in about $70 billion annually in recent years.

“We’ve been seeing a lot of postponements,” said Jessica Garda, a Washington wedding planner. “We are hurting as an industry, but we know other people are too, and we’re trying to help with the decisions they make.”

The combination of the coronavirus and the closing of Noah’s Event Venue at Southpointe has led Canonsburg resident Sarah Yoest and her husband-to-be, Harley Patterson, to shift their wedding around twice. It was initially planned for May 29, but then when Noah’s suddenly closed all its locations nationwide, the couple was left without a place to make their vows and have a reception even though invitations had already been mailed out. The Hilton Garden Inn, also located at Southpointe, was able to fit the couple in for May 15. Now, they are looking at having it in August.

“Even if we do have it, I hope we don’t have to cut it down that much,” Yoest said. “We’re trying not to send out our invitations until June, when we’ll have a better idea of what’s going on.”

Plans for a honeymoon in Tennessee have been similarly thwarted. They’re now thinking of taking a vacation next year.

Laura Mobley, a resident of Charlottesville, Va., and a native of Canonsburg, had been due to be married in the borough’s St. Patrick Church yesterday. Like Yoest, she was planning on having the reception at Noah’s Event Venue, but was able to switch to Southpointe Golf Club. The game plan now is for an intimate wedding restricted to immediate family and a few close friends, with a bigger celebration put on the calendar for next year.

Another complication: The marriage license they received at the beginning of March will expire at the end of April. Mobley’s mother, Emma Mobley, is hoping that the license will be extended.

Her daughter “is basically the definition of a displaced bride,” Emma Mobley said. “We’ve been on such a roller coaster ride. You can let it overwhelm you, but they’ve persevered with humor and grace. But they just want to get to normal.”

Josh Gural and Robin Crowley, both of Washington, had been planning an April 18 wedding at East Buffalo Presbyterian Church with about 200 people invited. As the coronavirus lockdowns began, they decided to move their wedding date up to March 29, keep it intimate and order pizza and buffalo wings afterward. It was important that they marry before the end of April, Gural explained, because he needed to be covered on his wife’s health insurance since he is turning 26 and will no longer be covered on his parents’ plan.

“I didn’t even get to wear my weddings dress,” Crowley said. “But I’d rather save it for later.”

Along with the stress of a pandemic and wedding plans thrown off track, Jessica Wander and her fiance, Brody Judd, are planning to relocate to Tampa, Fla., and try to find jobs there. An Avella native, Wander said the pandemic “has brought everything to a screeching halt.”

Right now, they’re talking about getting married privately and returning to the area next year for a big celebration.

July 18 is still the date for Alicia Bonus of Washington to marry her boyfriend, Michael Farina, but “we’re pretty much doing nothing right now.” Dress-fitting and cake-testing appointments that had been scheduled are now in limbo, and they’re just waiting to see how events will unfold in the upcoming weeks.

“The virus might go away, it might not,” she said. “What we might do is go to the courthouse, get the license and get married there. We scheduled a honeymoon in July, but we’ll have to see.”

With so many weddings being pushed into 2021, some couples might end up having a hard time nailing down venues and lining up vendors, Garda pointed out. Some couples might have to settle on getting married on a Friday or Sunday. It’s also still up in the air how long large gatherings will be discouraged, which could reduce guests lists for a while.

“We’re going to feel the impact of this for quite a few years,” Garda said.