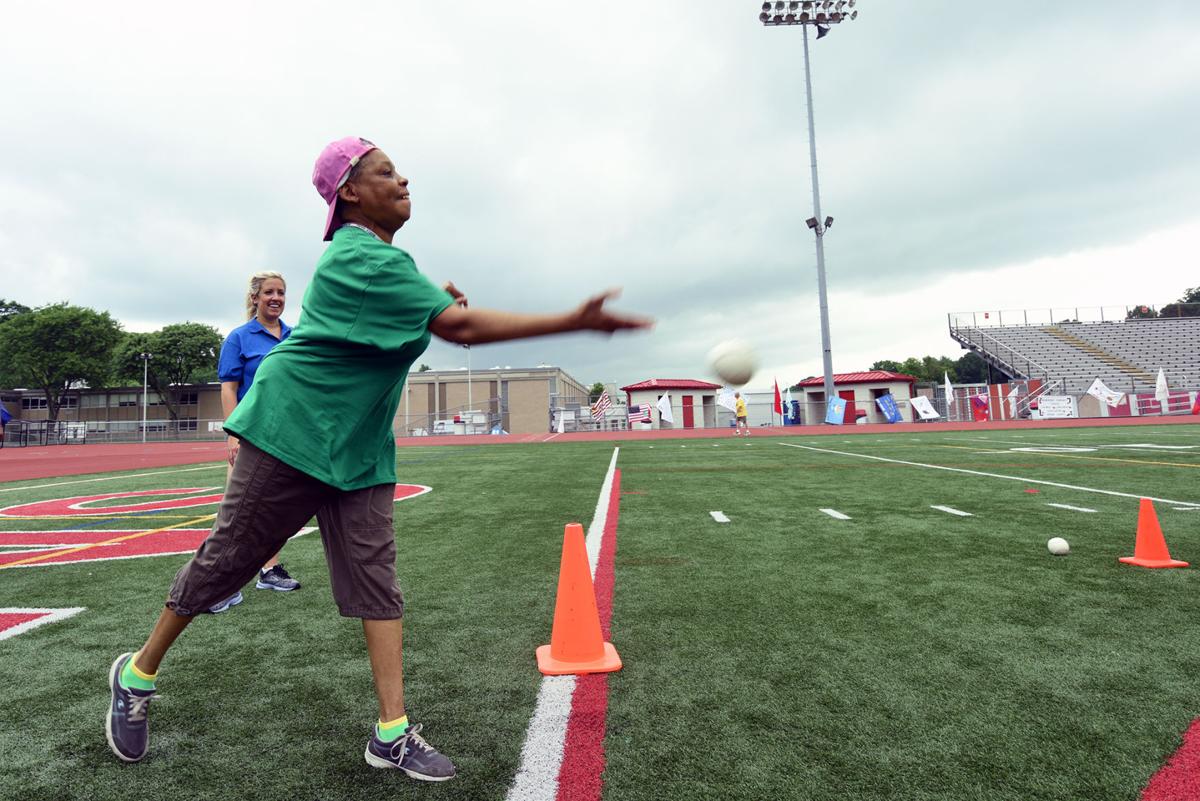 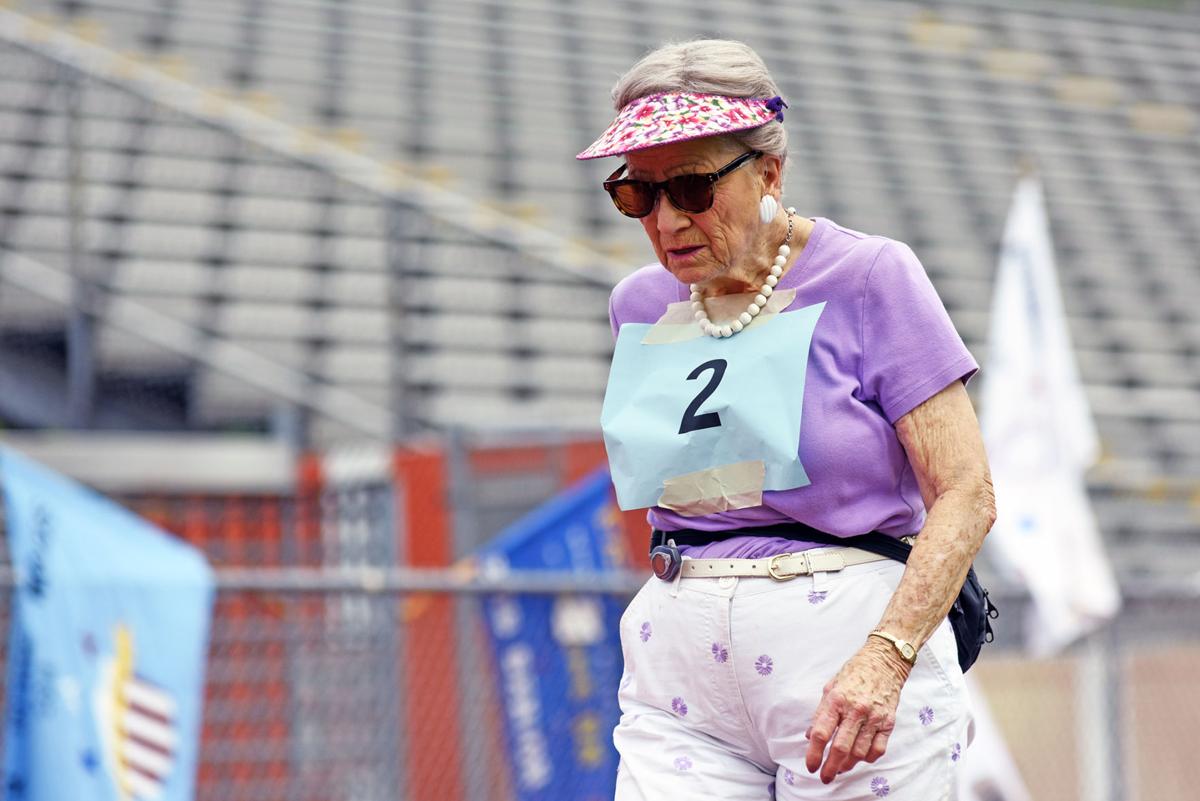 Barbara Morton of Washington competes in the 1-mile walk. At 97, Morton was the oldest person who competed this year at the games. 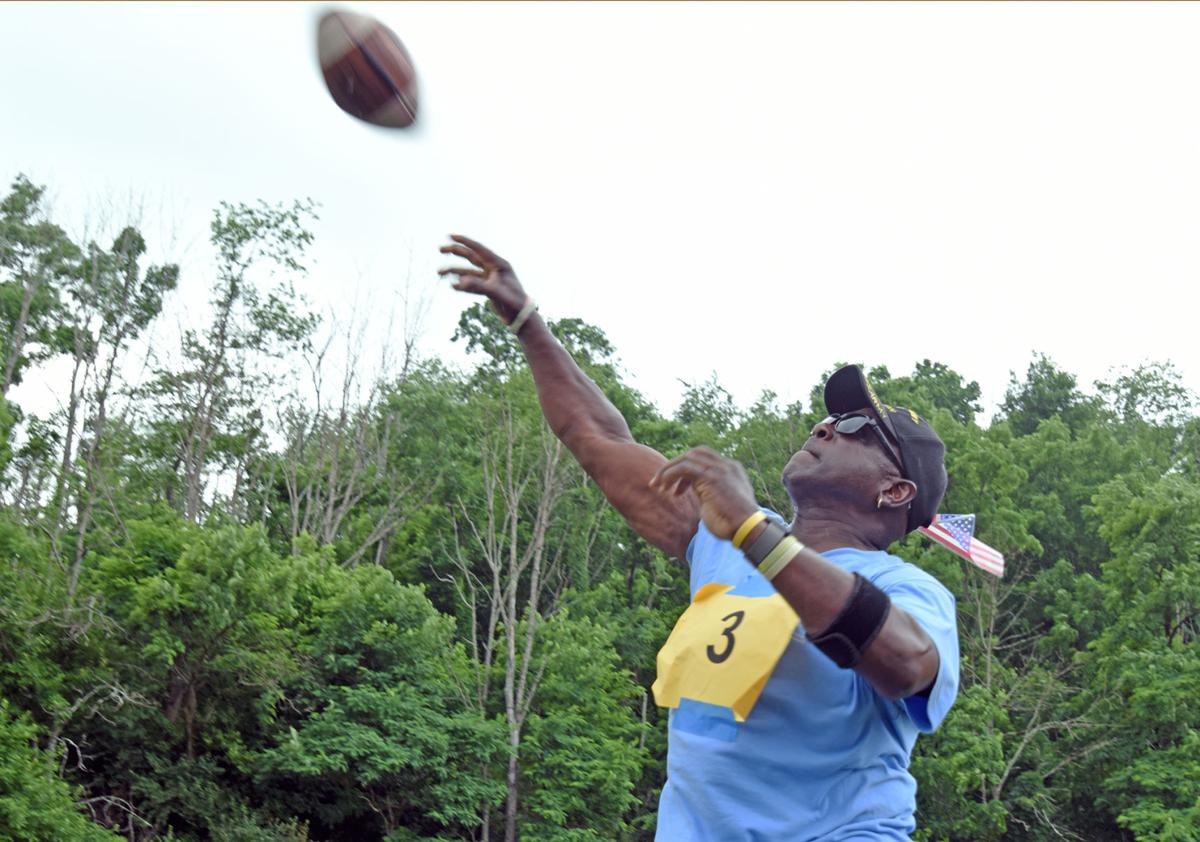 David Ellis Sr. of Washington tosses a football in the competition. 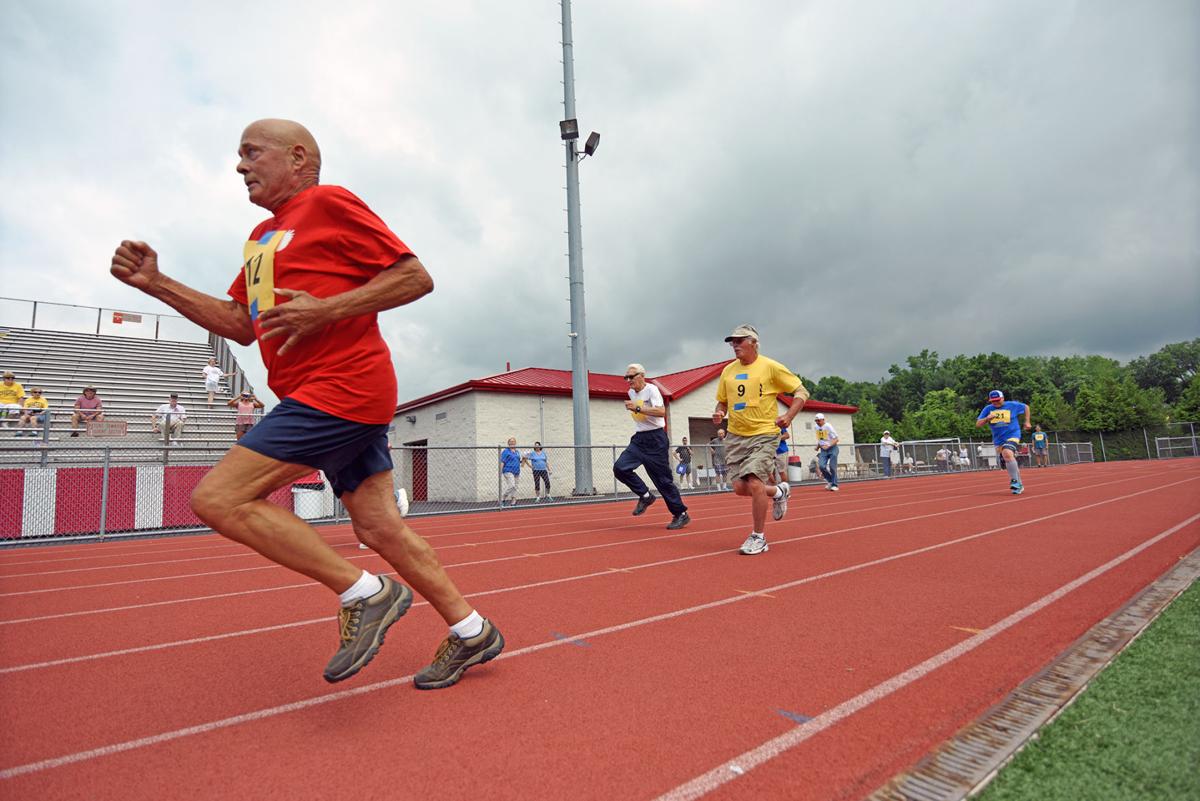 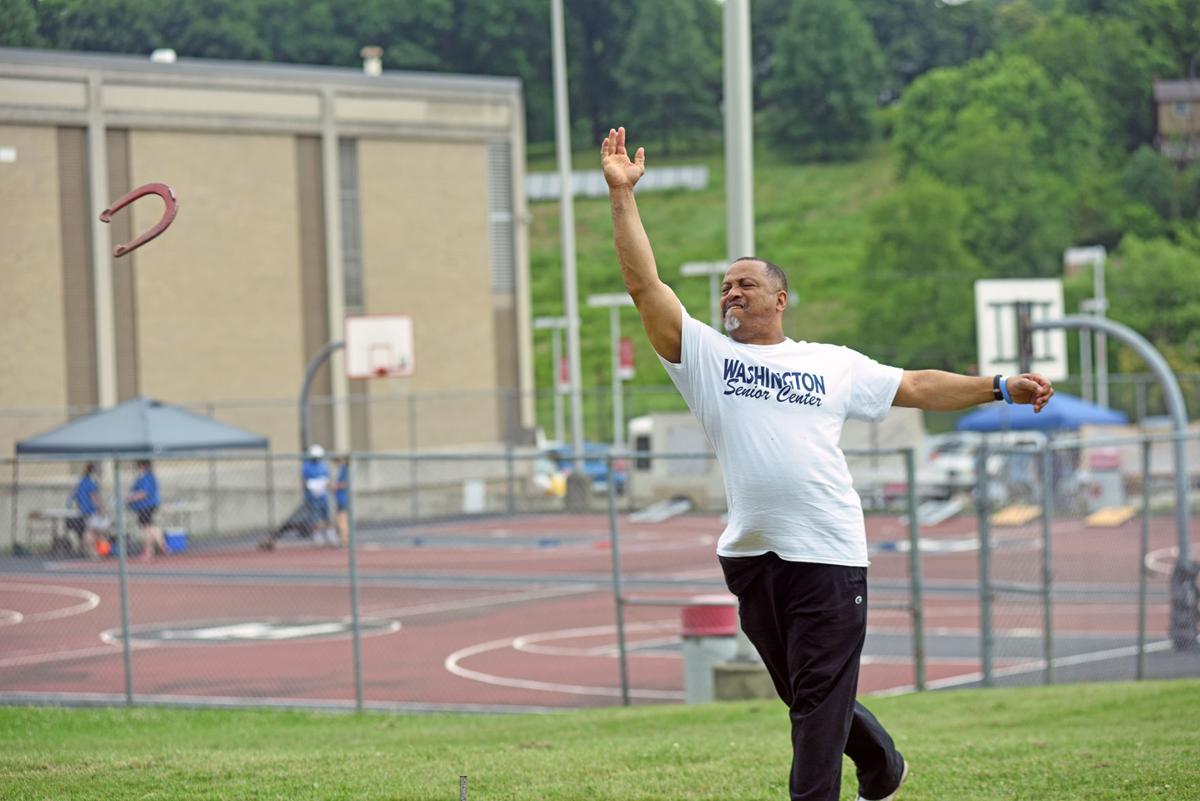 Walter Cherry from the Washington Senior Center tosses a horseshoe. 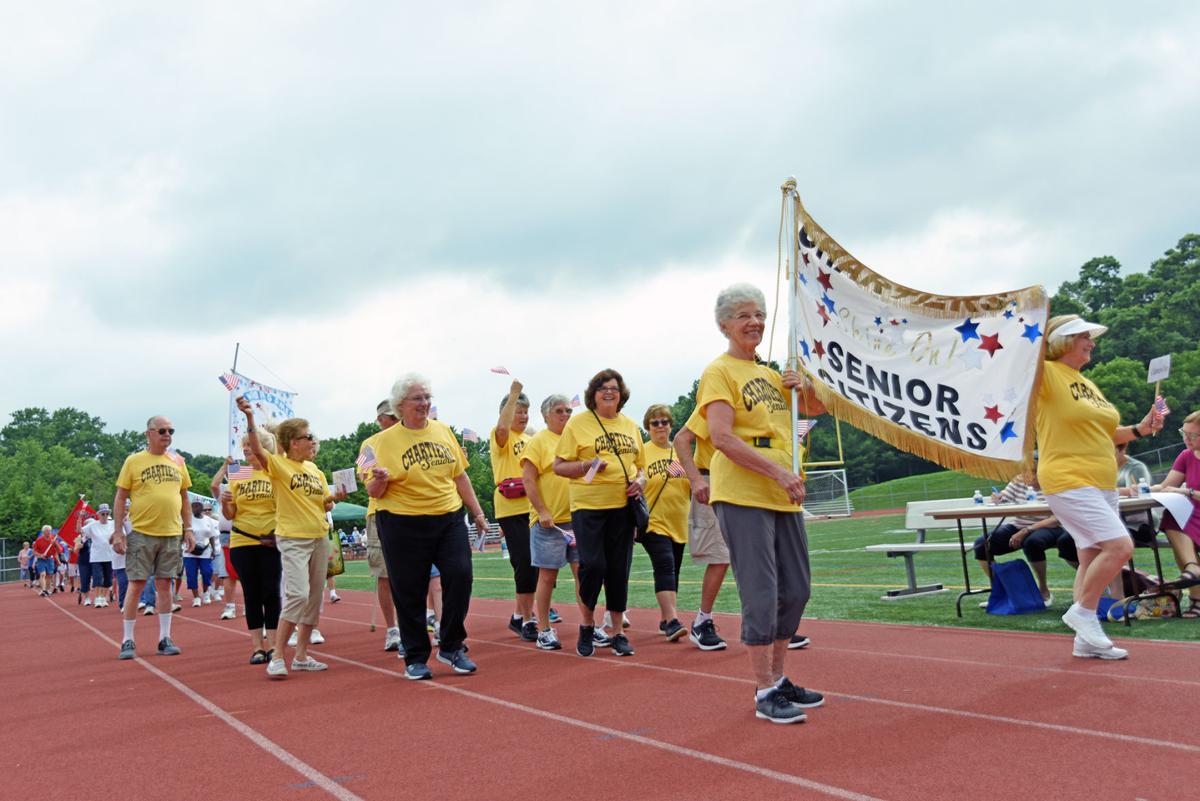 Members of the Chartiers Township Senior Center walk in the opening ceremony. 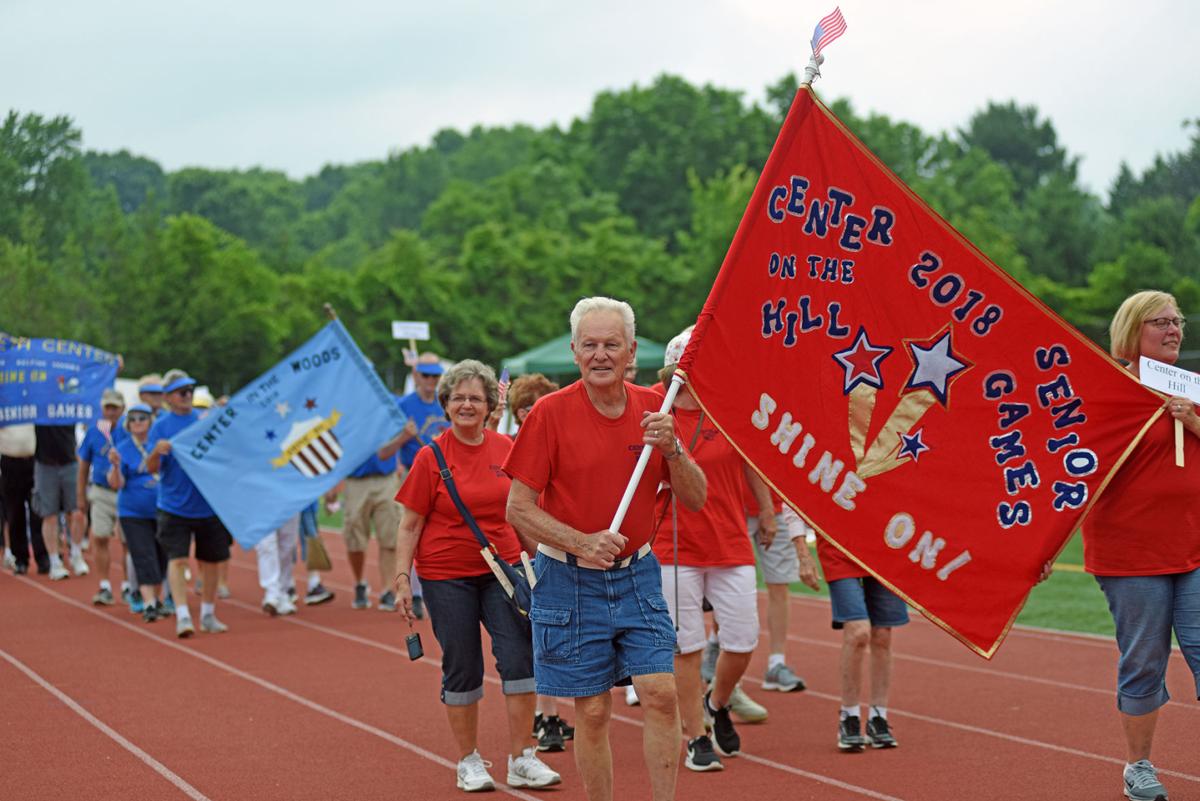 Members of the Center on the Hill march in the opening ceremony at the Senior Games, held this year at Peters Township High School.

Walter Cherry from the Washington Senior Center tosses a horseshoe.

Members of the Chartiers Township Senior Center walk in the opening ceremony.

Members of the Center on the Hill march in the opening ceremony at the Senior Games, held this year at Peters Township High School.

“They resuscitated me, and here I am,” she said, smiling as she sat on a folding chair by the starting line of the track inside Peters Township High School’s stadium.

At 97, Morton was the oldest athlete to compete in the 32nd annual Senior Games on Tuesday, which was co-sponsored by the Southwestern Pennsylvania Area Agency on Aging and Aging Services of Washington County. Alongside other women 65 years of age or older, Morton looped the track four times in the one-mile walk.

Since the event was first held in 1986, “it keeps getting bigger and better,” said Leslie Grenfell, executive director for the Area Agency on Aging.

“The athletes exercise and practice and get in shape all year for this event,” she added. “That supports healthy aging, which is the reason why we hold the event.”

But some athletes don’t just come to the games to stay healthy and active as they age – they also want to win.

As Rich Crowley, 66, approached the finish line of the one-mile race, he broke into a jog.

“They had to yell at me, ‘No running, no running!,” said Crowley, who attended the event with other members of United Mine Workers of America.

Crowley explained that he since jogs 2 ½ to 3 miles each day, instinct kicked in along the final stretch of the race. The North Strabane Township resident, who has Parkinson’s disease, said he exercises to “stay loose” and counter the effects of the disease, which can cause limb rigidity.

Jack Eckenrode, who at 90 years old was the oldest athlete to compete in the men’s 50-yard dash, encouraged senior citizens to take up walking and jogging. He said these activities help him keep his balance.

“You wanna keep your balance or else you’re using a walker. Then you’re in a wheelchair. And it’s all downhill from there,” said Eckenrode, who competed with other members of the Canonsburg Senior Center.

Among the competing athletes were nine men and women from Riverside Horizons, a facility in Charleroi that serves people with intellectual disabilities. One Riverside member, Rhonda Torgerson, couldn’t keep a smile off her face as she waited in line for her turn at the softball toss.

Staying active is “just fun,” said Linda Torgerson, who also benefits from Riverside’s services. She added, “We like to win.”

Bracken Burns, who placed first in his age group in the 50-yard dash, exalted the health benefits of exercise. Though he said he has been more into walking recently, Burns used to start each morning with a 7-mile run. Now, at 73, the South Strabane supervisor still works out weekly at the gym.

“[Exercise] improves your quality of life,” Burns said as he stood by the finish line of the dash after his victory. “You want to be able to enjoy the years you have.”