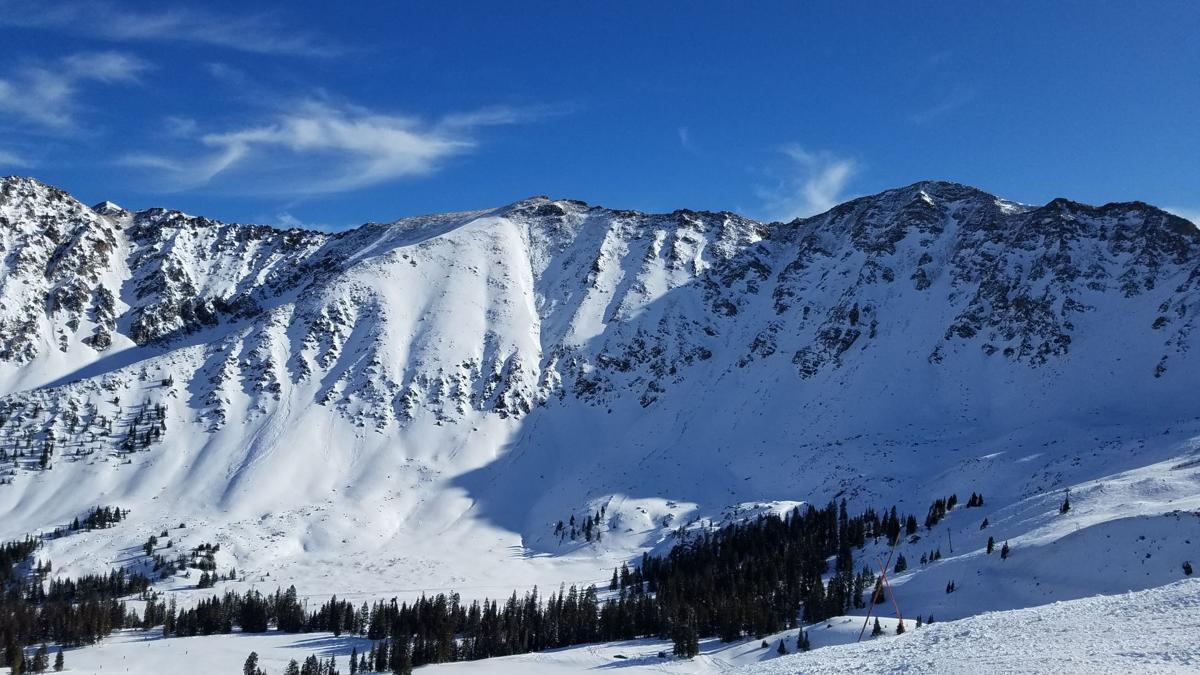 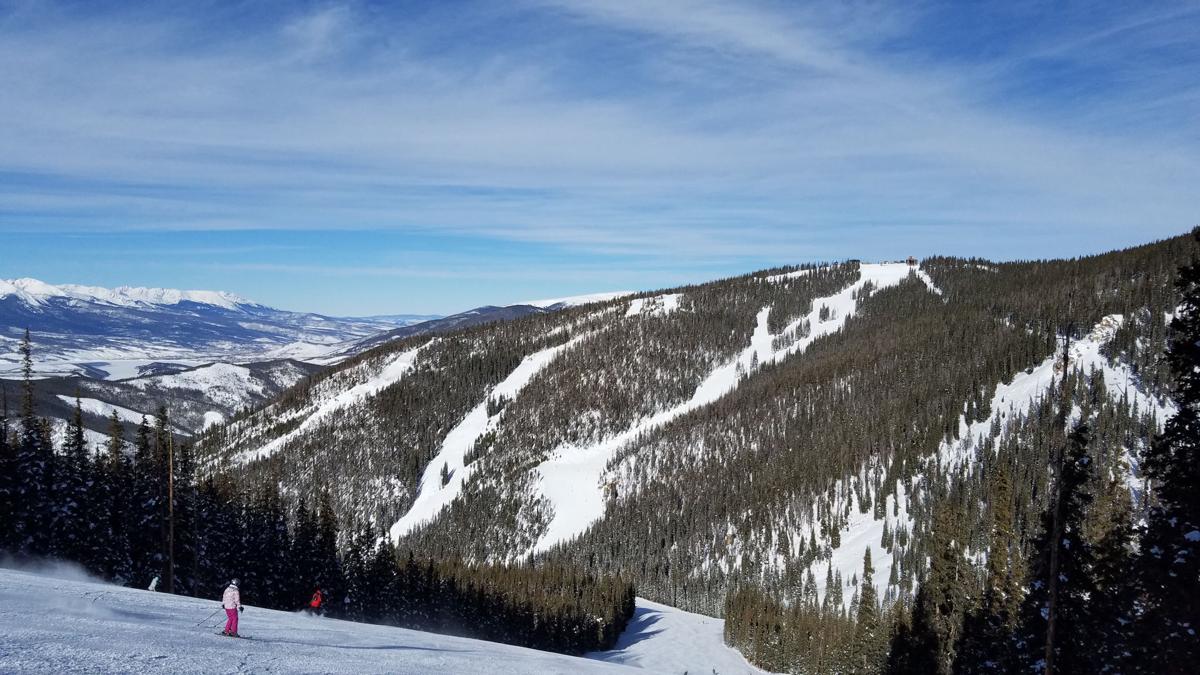 A view of Breckenridge 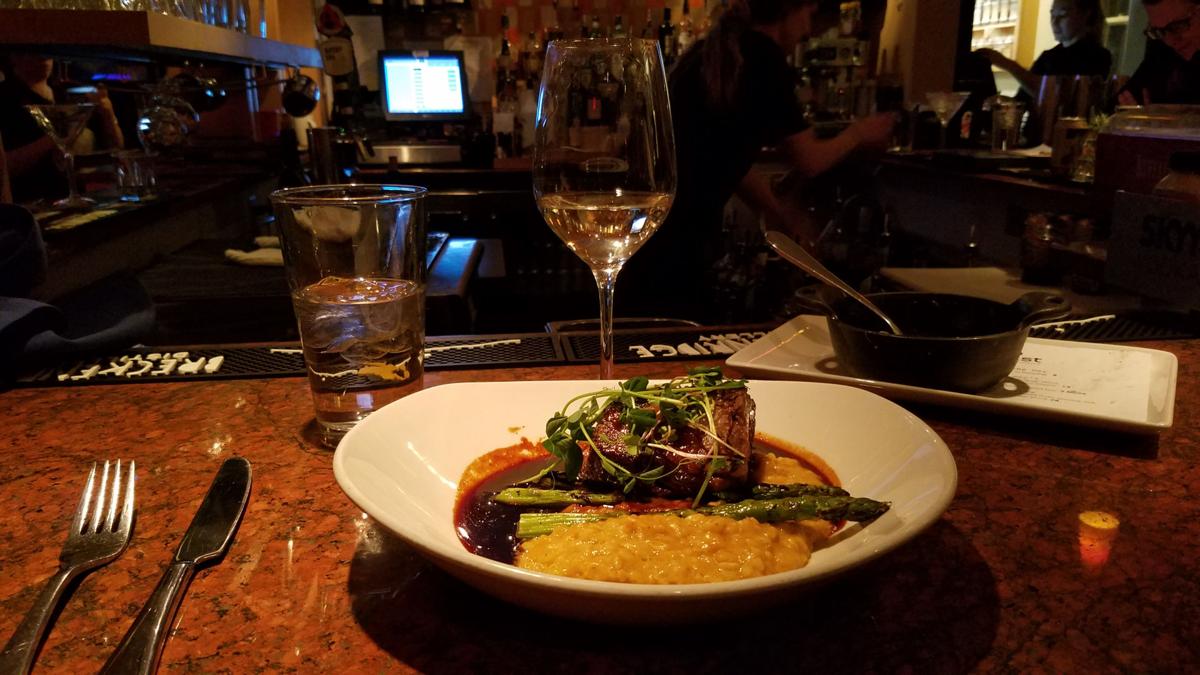 Short ribs and pumpkin risotto are on the menu at Twist in Breckenridge. 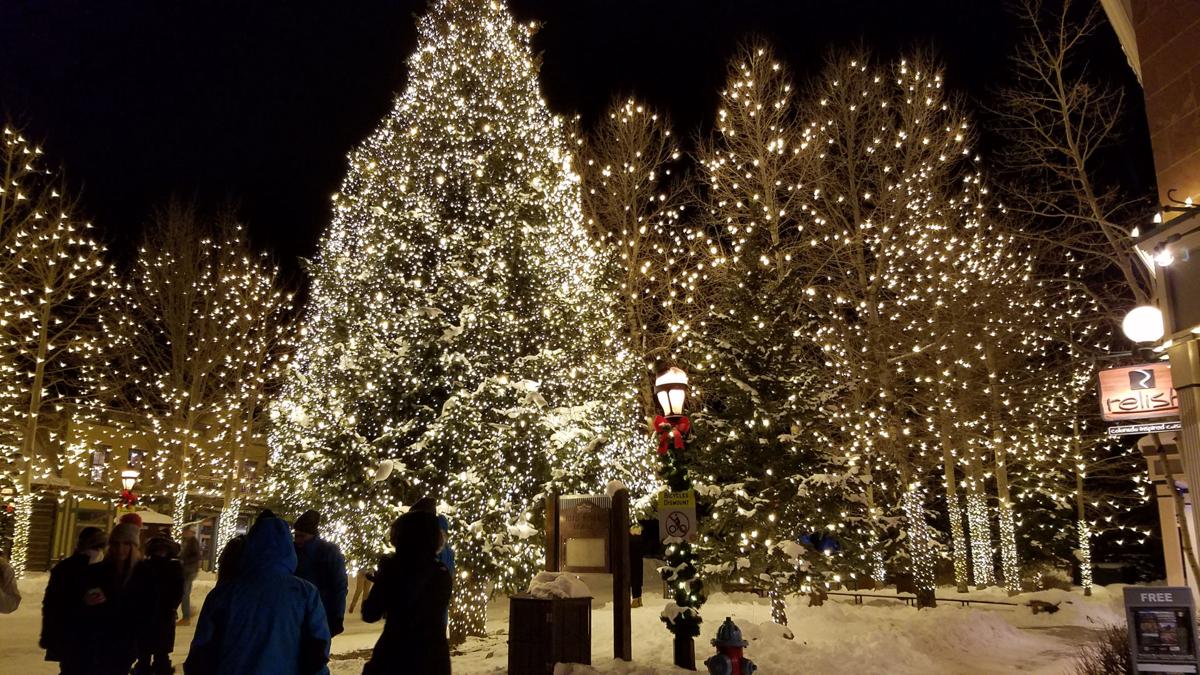 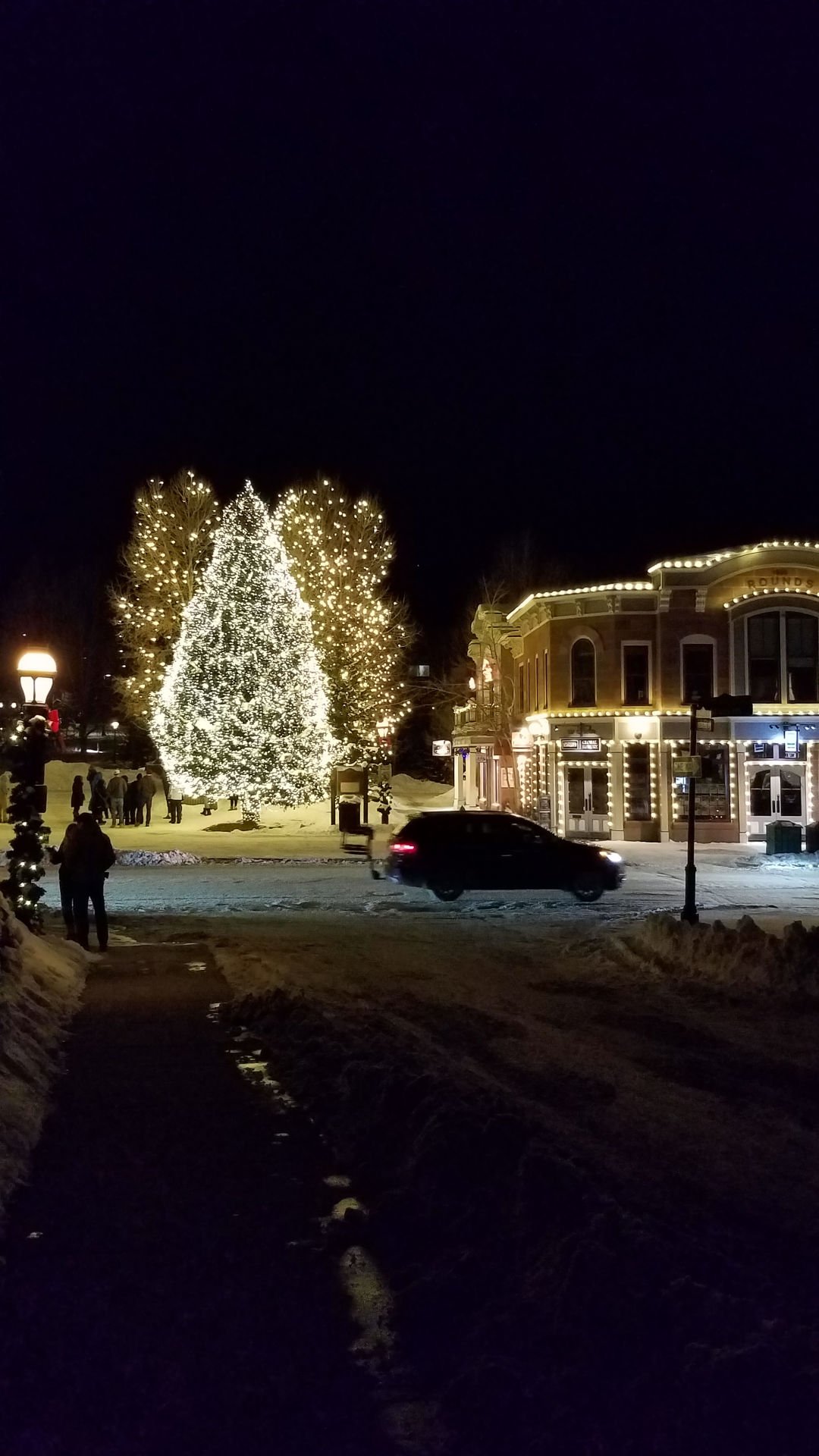 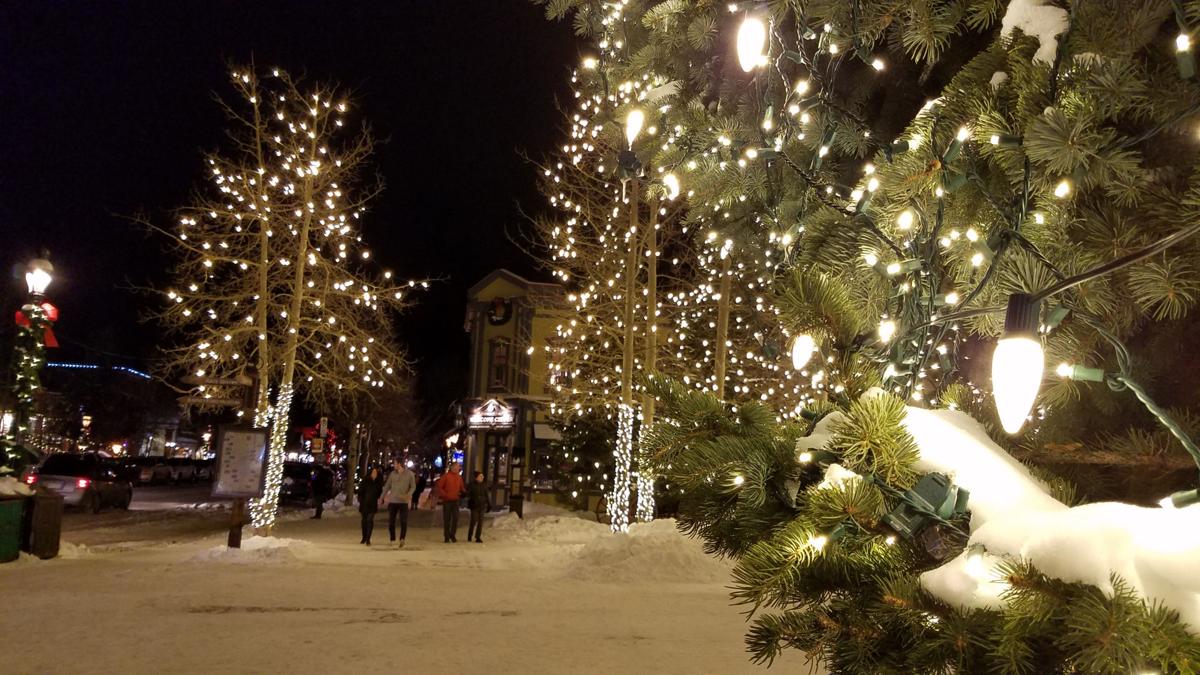 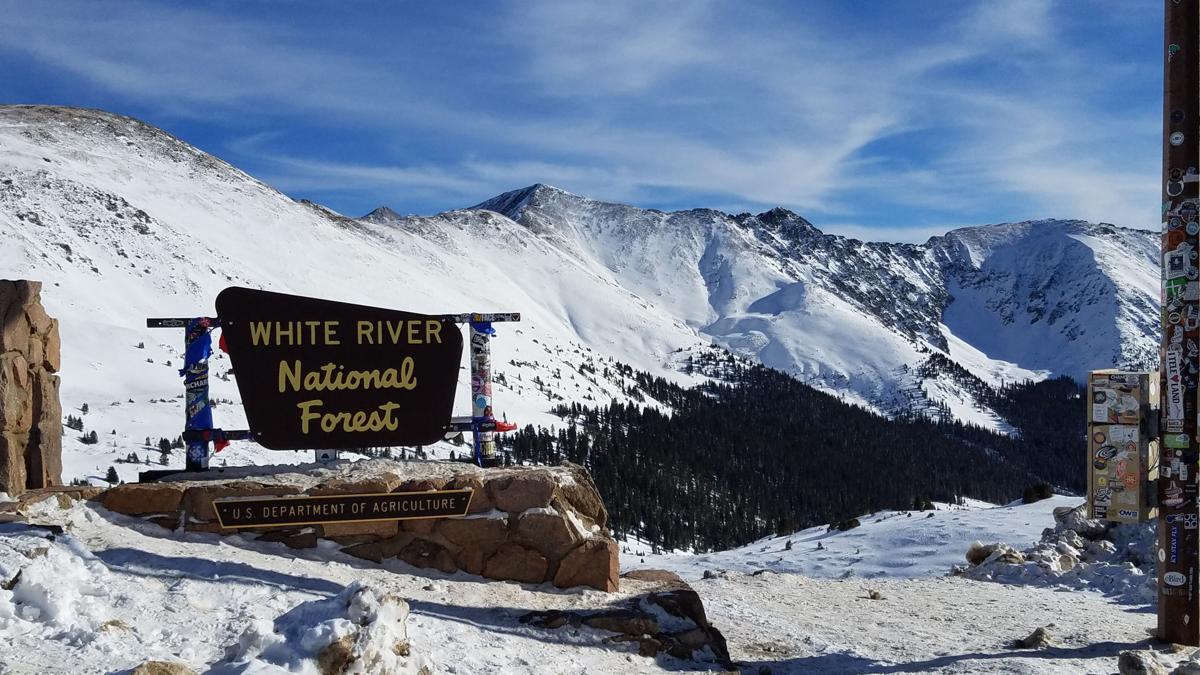 Loveland Pass on the Continental Divide 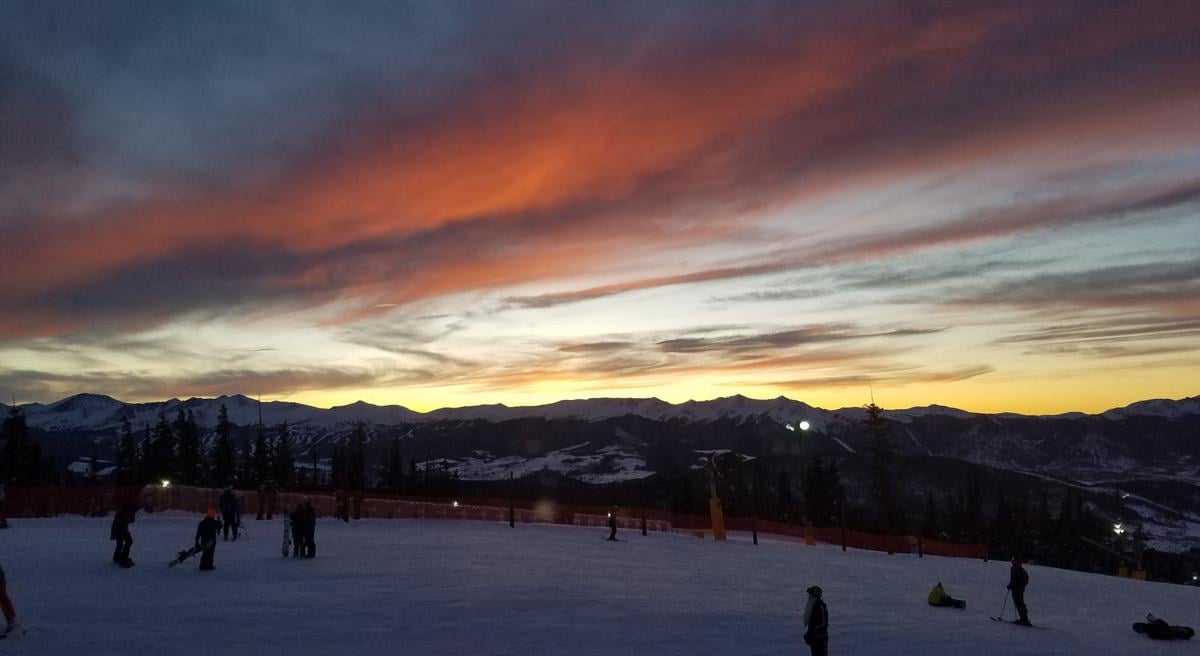 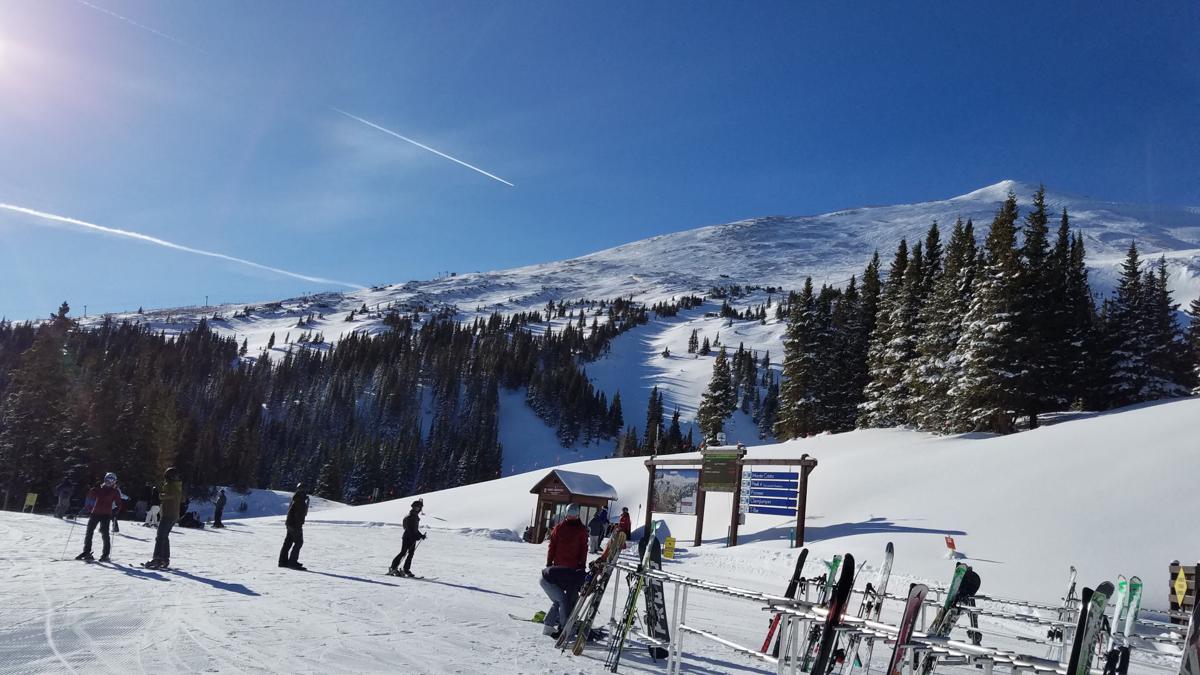 A view of Breckenridge

Short ribs and pumpkin risotto are on the menu at Twist in Breckenridge.

Loveland Pass on the Continental Divide

Maybe the 5:15 a.m. flight out of Pittsburgh wasn’t my best idea.

I worked late the night before and only napped before boarding the plane. A quick change in Chicago and another long nap later, I landed in Denver at 10:30 a.m. local time.

A foot of fresh powder had fallen during the few days before my trip and now the sun was beaming and the roads were clear and dry. After wrangling suitcase, skis and a boot bag into my rental car, I was reinvigorated and headed west on I-70 for the quick hour-or-so scenic drive to my first ski stop.

This entire trip was very last minute after learning I had a few vacation days to either use or lose before the end of the year. Why not head for the Rocky Mountains and some early season skiing?

I’d been on ski club group trips to the large resorts of Vail, Aspen and Steamboat, but never the rest of the resorts that Summit County, Colo., boasts.

Fellow skiers always speak fondly of, “Copper, Breck, Keystone,” and a handful of other ski spots there and I thought it was high time I checked out what all of the buzz was about.

Pittsburgh offers many daily flights to Denver and a nonstop route takes just under four hours. Summit County is about a one-hour straight shot west of the Denver metro area. Shuttle companies offer round-trip service, but I opted for a rental car so I could squeeze in half days of skiing on Monday and Friday.

I couldn’t wait to hit the slopes as I pulled into my first stop.

This is the place that most people drive right past on their way through the Eisenhower Tunnel and on to the more upscale resorts. I always wondered what it would be like to ski here and I finally got to experience it.

Loveland Ski Area is near the town of Georgetown, Colo., and lies within the Arapahoe National Forest and nearby Loveland pass on the Continental Divide. Loveland is known as the place where locals ski and you’ll find just as much powder here without the long lift lines and high lift ticket prices.

This family-owned, no-frills ski area horseshoes the tunnel and it’s pretty fun to ski runs about 50 yards away from the highway and actually ski over the tunnel. There’s no shortage of terrain or vertical as Loveland has a summit of 13,010, one of the highest in the state, and is routinely one of the earliest to open each season.

It’s a nice starting point to kick off your trip with a few hours of steep runs and no crowds. The air was cold, but skies were clear, so I opted to take the shorter but extremely scenic, and pulse-raising, drive over Loveland Pass via U.S. Route 6. It’s not for the faint of heart, but this 12-mile, high-mountain drive offers breathtaking views all around and stunning photo ops at the observation points.

My next stop didn’t disappoint either.

This small, charming resort area appears out of nowhere as you drop down along Route 6 just southwest of Loveland. There are plenty of lodging options at Keystone and in nearby Dillon and Silverthorne – just to the west along I-70.

I chose to lodge at Keystone Resort and found a terrific deal – this was the week before all of the holiday crowds showed up – on a studio condo through Airbnb that was managed through a company called Summit Cove. The condos themselves were aptly named Slopeside and they absolutely were – just a few steps from both the ski lift and the outdoor hot tub. Free shuttle buses run a loop around Keystone and even to other nearby resorts, so you really don’t need a car if you take a shuttle from Denver.

After checking in, I was famished and stopped into the nearby Snake River Saloon & Steakhouse.

This is the spot to drop into for a snack or aprés ski beer or live music. The dining room side is upscale, but the bar is cozy, friendly and come-as-you-are even if that includes your ski pants.

After a good night’s sleep, I hit the slopes at Keystone bright and early and they did not disappoint. Keystone is Summit County’s largest ski area with more than 3,000 acres of skiable terrain. It’s comprised of three main lift-served areas with a great variety of beginner, intermediate and expert runs for skiers of all abilities and all ages. For the more adventurous, there’s 1,000 acres of hike-to-terrain that you can also reach with a $10 snow cat ride. The slopes here are open “late till eight” on weekends and during holiday periods offering the longest ski day in the Rockies.

The resort village itself is cozy, easy to navigate and boasts shops, cafes, craft brew pubs and lots of activities for families. I thawed out in the hot tub and rested up for the next day.

I finally made it to Breckenridge.

After hearing friends and fellow skiers rave about “Breck” for years, I was eager to check out the resort’s five peaks and spend some time in this charming town.

Breckenridge lies only 15 miles south-southwest of Keystone. You park in various lots scattered around the town then hop a gondola or shuttle buses up to the base areas for each peak. Wide open groomers and mogul-laden steeps abound here and the views from each peak will lift your spirits.

I managed to make some runs on each of the five peaks and warmed up with a steaming bowl of ramen with pulled pork during a lunch break at 11,274 feet at the Overlook – at the top of Peak 9.

After catching the last possible late afternoon chair, I ditched my ski gear and headed for a walk around the historic downtown. Main Street Breckenridge is completely charming and a perfect place for a stroll among shops, cafes and galleries.

The Victorian architecture and Gold Rush history make this former mining town a must visit on your trip. It’s much larger than Keystone and can get absurdly crowded, but on this quiet evening, I walked right into the popular restaurant Twist at 200 S. Ridge Street, Breckenridge, and got a seat at the bar where they served up delectable braised short rib atop pumpkin risotto with acorn squash. Round that out with two scoops of creamy, homemade chocolate gelato and it was pretty much a perfect day.

After checking out of the condo, I loaded up and drove five miles back up U.S. Route 6 to Arapahoe Basin – otherwise known as “The Legend” – for a final few hours of skiing.

A-Basin opened in 1946 with one rope tow and has grown into 1,400 acres of terrain. A-Basin is known for a long season and for it’s friendly, laid-back vibe.

There’s no lodging here, but you’ll find everything else you need including terrain to entice beginners and challenge experts. The parking here is free and locals often tailgate in what they call, “The Beach.”

My legs were already tired after four days of skiing and A-Basin’s steep, wide open runs provided ample vertical runs. By 2 p.m. when I hit the road for the airport, I was grinning from ear to ear.

Sampling Summit County’s many ski areas is just the right way to elevate your ski vacation to a whole new level.