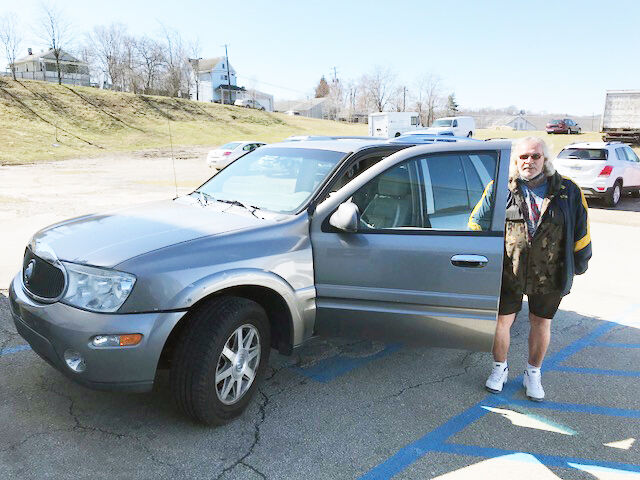 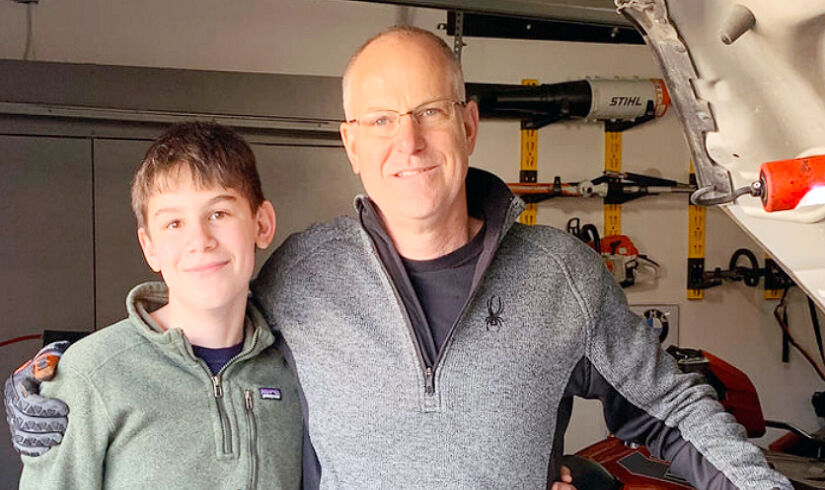 Sam Kuzmishin and his father, John, are in the process of starting a nonprofit to help people in need have access to reliable automobiles. 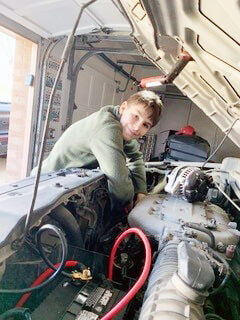 Sam Kuzmishin works on the engine of a car.

Sam Kuzmishin and his father, John, are in the process of starting a nonprofit to help people in need have access to reliable automobiles.

Sam Kuzmishin works on the engine of a car.

A Pittsburgh 16-year-old and his father are in the process of starting their own nonprofit, and one Washington City Mission resident was the first to benefit.

In October, Sam Kuzmishin and his father, John, sat at their kitchen table discussing ways they could help people struggling financially through the COVID-19 pandemic. Since they both enjoy working on cars, that’s what they decided to do.

“We wanted to try to give back and help people get through this trying time,” Sam said in a recent interview. “A car is such an important step toward independence, especially in Washington County, where people might not have as much access to public transportation. It helps people get through their daily lives, from getting groceries to picking up their kids from school.”

They reached out to Washington City Mission, which often receives donated vehicles that “are just not worth fixing anymore,” Sam said.

“Some of the most expensive part of the car repairs is the labor,” John said. “There was a fair amount of work done on the car.”

They donated between 20 and 30 hours, working on this car in their garage. The work included electrical and air-suspension system repairs.

“They’ll have some dings in them and rust because they’re older cars, but the goal is to make them road worthy and safe,” John said.

Along with their time, the father and son team donated the $1,900 they spent on parts for the car.

“In the future, we’re looking to get donations for parts,” John said. “We have zero interest in making money on this.”

Once they finished the work, John returned the vehicle to City Mission. Resident Paul Shinko bought it from the City Mission for its Blue Book value. Shinko, who’s been at the mission more than a year, said he needed a reliable vehicle.

“It’s very nice, all leather inside,” Shinko said. “I’ve had no problems since the day I got it.”

John, who’s an independent financial consultant, said they filed for a 501c3 designation, so they can receive donations to pay for new car parts in the future. They also leased a space in Lawrenceville, where they plan to continue working on cars to donate to people in need.

“We just want to help,” John said. “As parents, my wife and I try to instill in our kids a sense of responsibility in giving back to the community and trying to empathize with those who are less fortunate. That was our motivation.”

They’ve set up a website, DriveOn412.com, where they post updates and the cost of the car repairs they’ve done. They’re currently working on their second car from the Mission.

Sam said he’s enjoyed learning not only about auto mechanics, but about starting a business, from creating a plan and a customer base, to creating a budget and website. He’s also learned the importance of playing a role in bettering the community.

“There’s some sort of satisfaction with finding a problem and fixing it,” Sam said. “The result of that is helping someone fix their life.”