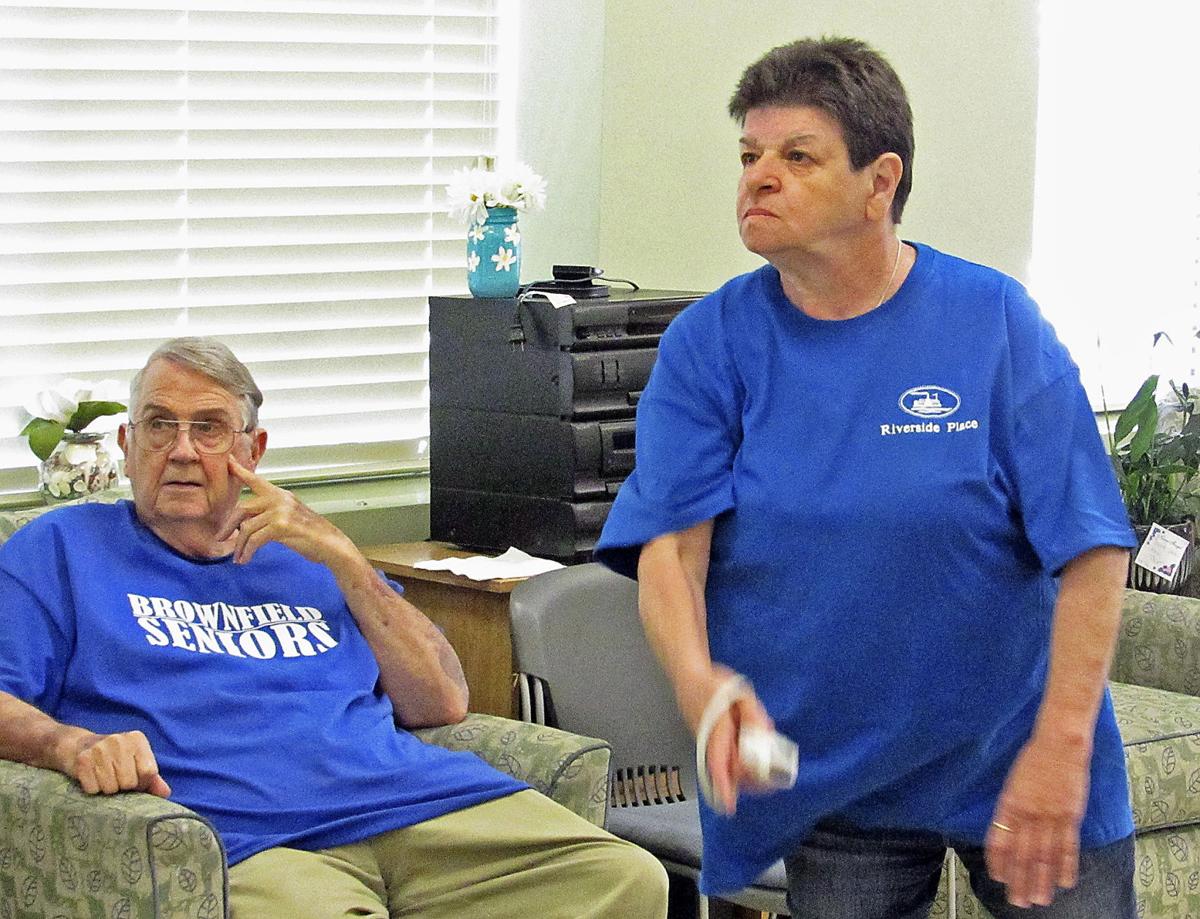 Debra Dwzinsky of Riverside Place in Charleroi checks her results while Gene Knox of Brownfield Senior Center looks on. 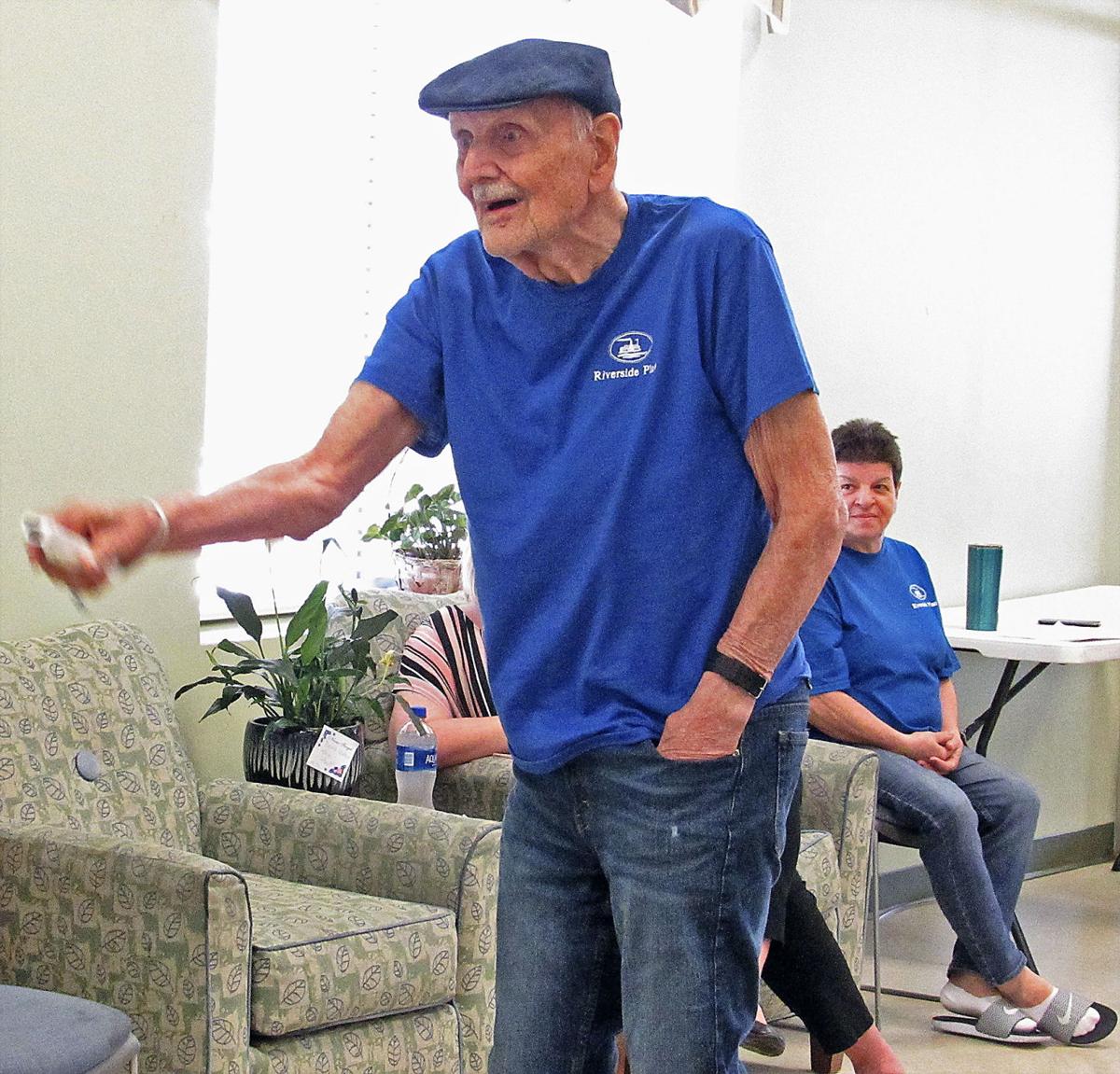 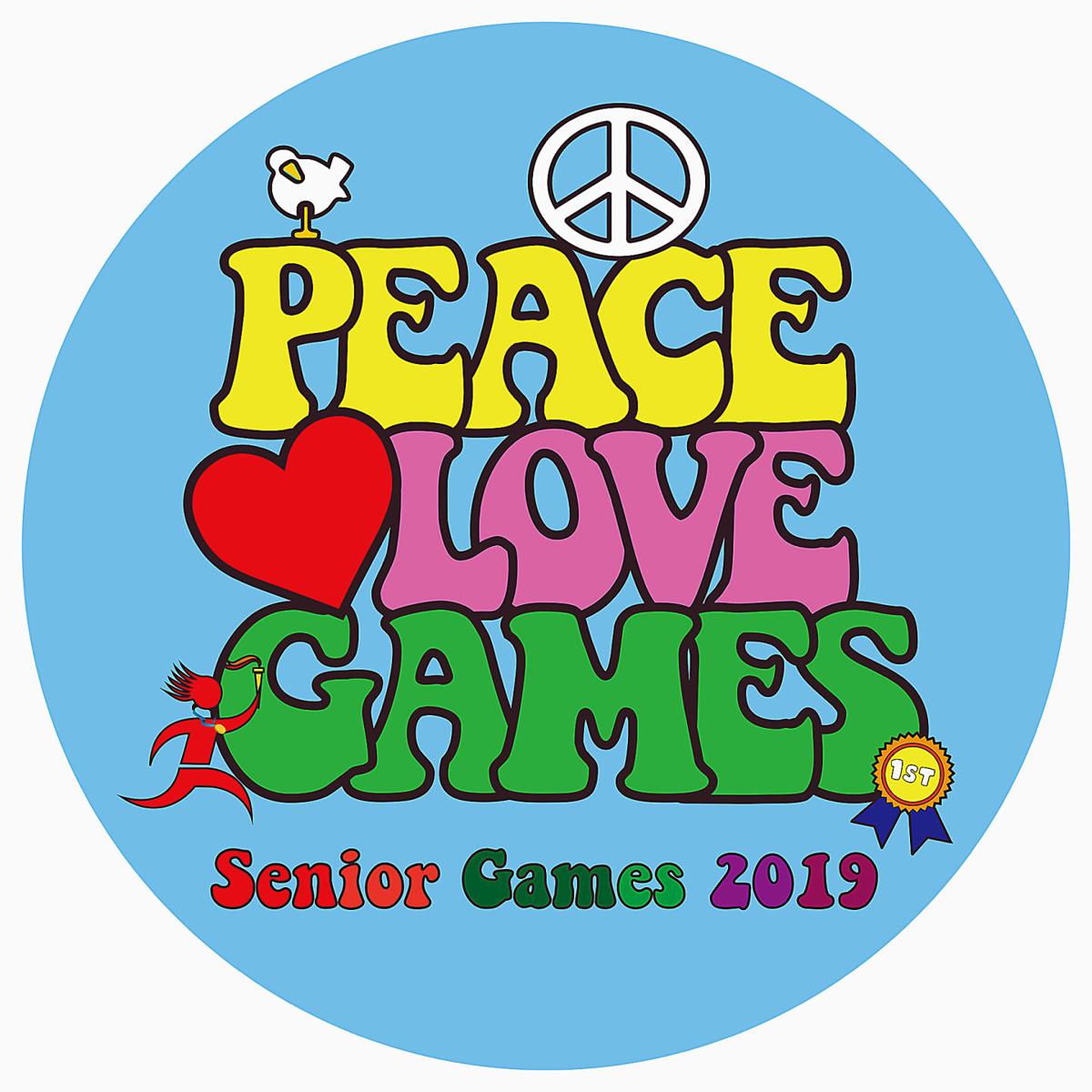 “Peace, Love, Games” is the slogan for this year’s Senior Games.

Debra Dwzinsky of Riverside Place in Charleroi checks her results while Gene Knox of Brownfield Senior Center looks on.

“Peace, Love, Games” is the slogan for this year’s Senior Games.

Reminiscences of the Age of Aquarius will be on display when the 33rd annual Senior Games are held June 18 at Carmichaels Junior Senior High School, 300 W. Greene Street, Carmichaels. The games are being hosted by the Southwestern Pennsylvania Area Agency on Aging and co-sponsored by Blueprints.

With the slogan of “Peace, Love, Games,” the Senior Games will honor the 50th anniversary of Woodstock. The logo is reminiscent of the original poster for the Woodstock Music & Art Fair.

“There are going to be lots of opportunities for reminiscing, and it’s a way to attract younger older adults,” Riggle said.

A disc jockey will play music of the Woodstock generation.

“The music of the ’60s will definitely be a big part of the Senior Games as well as the senior banquet,” Riggle said. “There’s going to be surprises this year – something for everyone.”

Posters will be exhibited on the walls of Carmichaels Junior Senior High School and at the banquet, displaying examples of clothes, magazines, fashion, and movies of 1969.

“But the games will not lose sight of the athletic and health and wellness aspects,” Riggle said. “The people who were wild and free in the 1960s are living healthy lives today.”

The Senior Games are open to individuals 50 or older who live in Fayette, Greene or Washington counties or who are a member of a senior center within the service area.

The opening ceremonies and parade of athletes will begin at 9:30 a.m. Games will begin at 10 a.m. and include competitions in the one-mile walk, 50-yard dash, basketball toss, bocce, corn bag toss, casting, football throw, horseshoes, golf putting, shuffleboard, softball throw and stationary bike. The competitions will continue until 3 p.m.

The event will also include a super bingo as well as more than 15 food booths and at least 35 health and wellness fair stations.

No admission fee will be charged to attend; however, participants pay a $1 registration fee for each of the events in which they plan to compete.

Winners will receive medals the day of the games, but will receive trophies for the separate tournaments held in golf, pickleball, eight ball, pool, 500 card game, Wii Bowling, bowling and dart baseball at the Senior Games Victory Celebration and Awards Banquet. Those tournaments are being held through June.

The awards banquet will be held June 27 at Carmichaels Fire Hall, 420 W. George St. Doors will open at 4 p.m. followed by dinner at 5.

The grand traveling trophy will be presented for the area-wide tournament winners at the banquet. This trophy is awarded based on the combined points for all participants for all tournaments and events for the winning center.