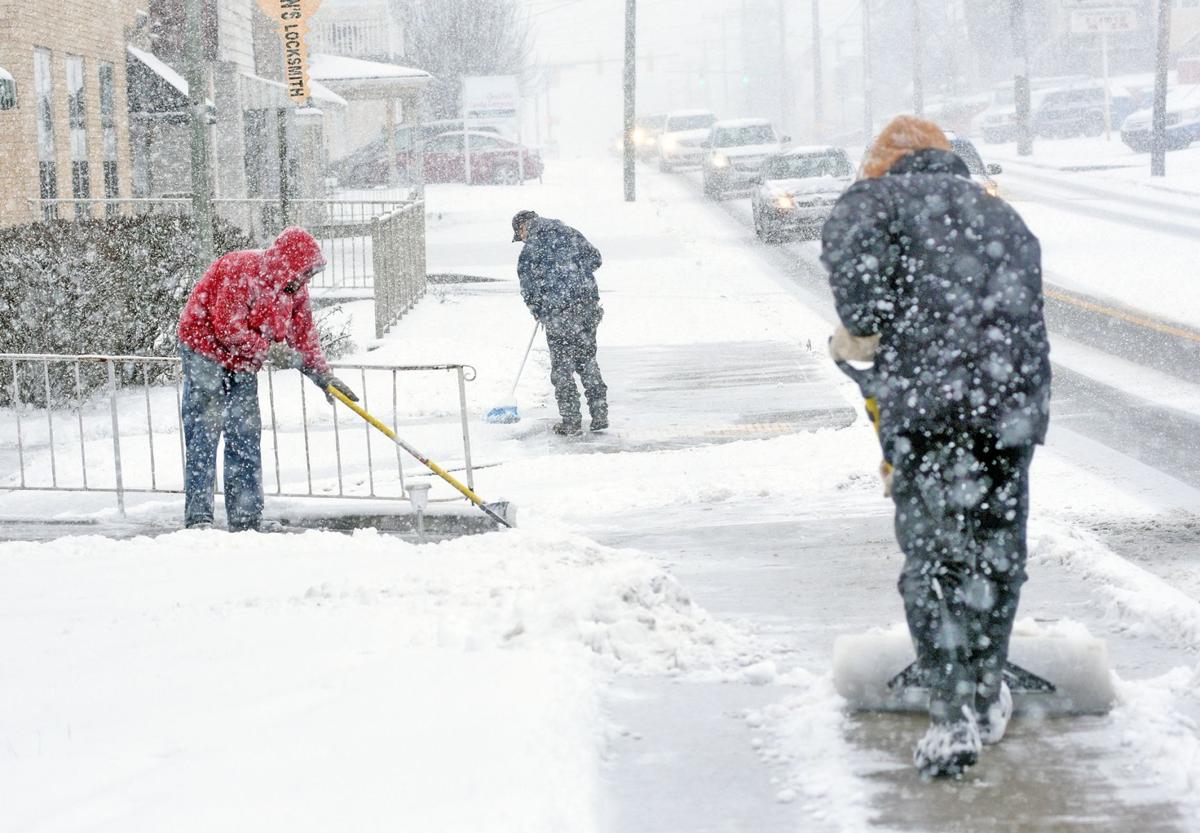 Several people shovel their sidewalks along Jefferson Avenue during a snow squall in Washington in this file photo. 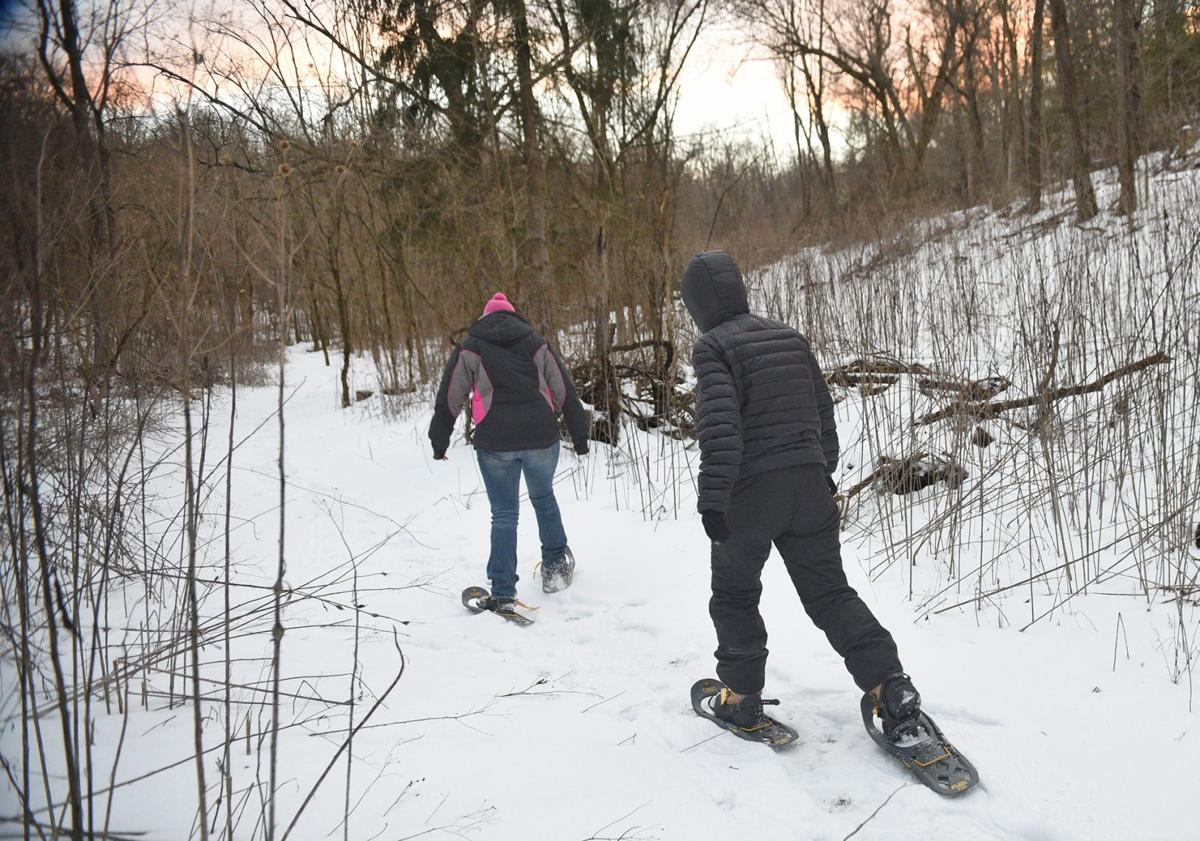 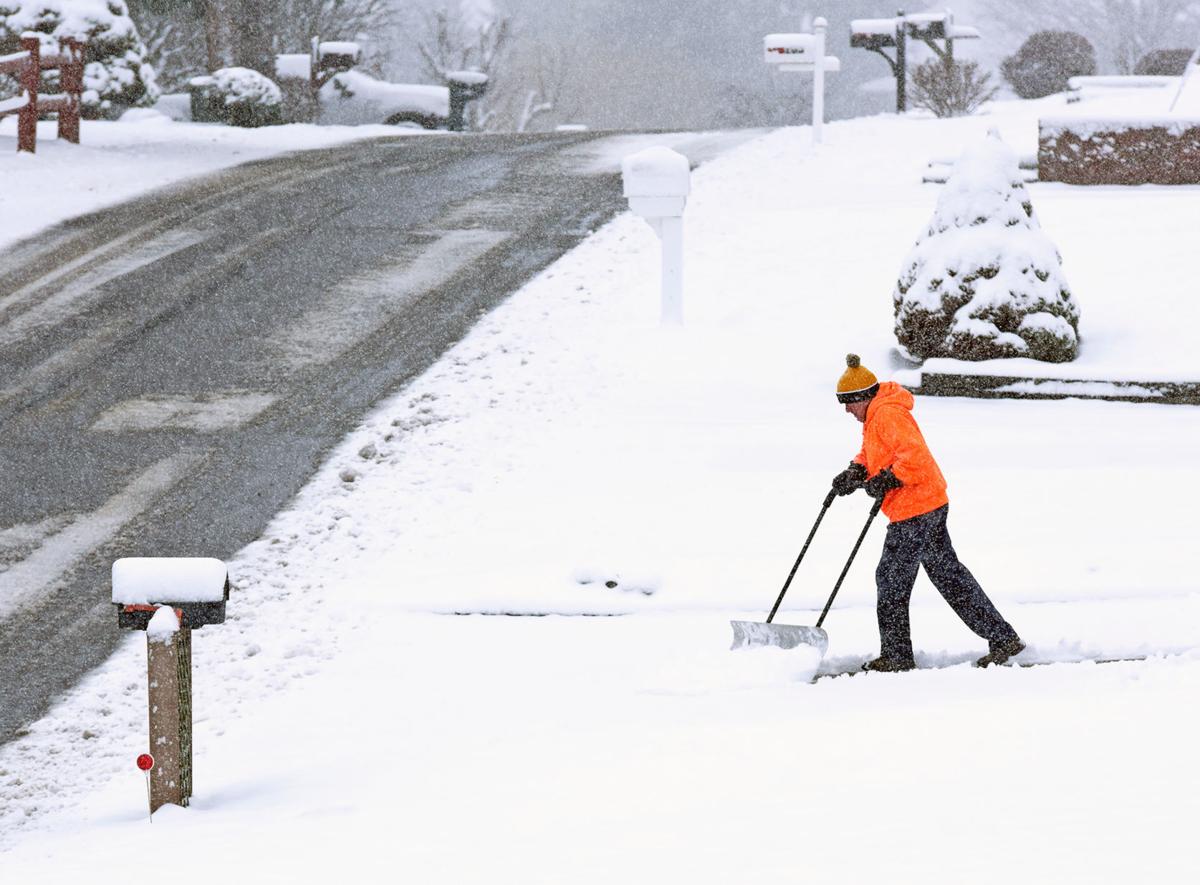 A man shovels out his driveway in Houston last winter. 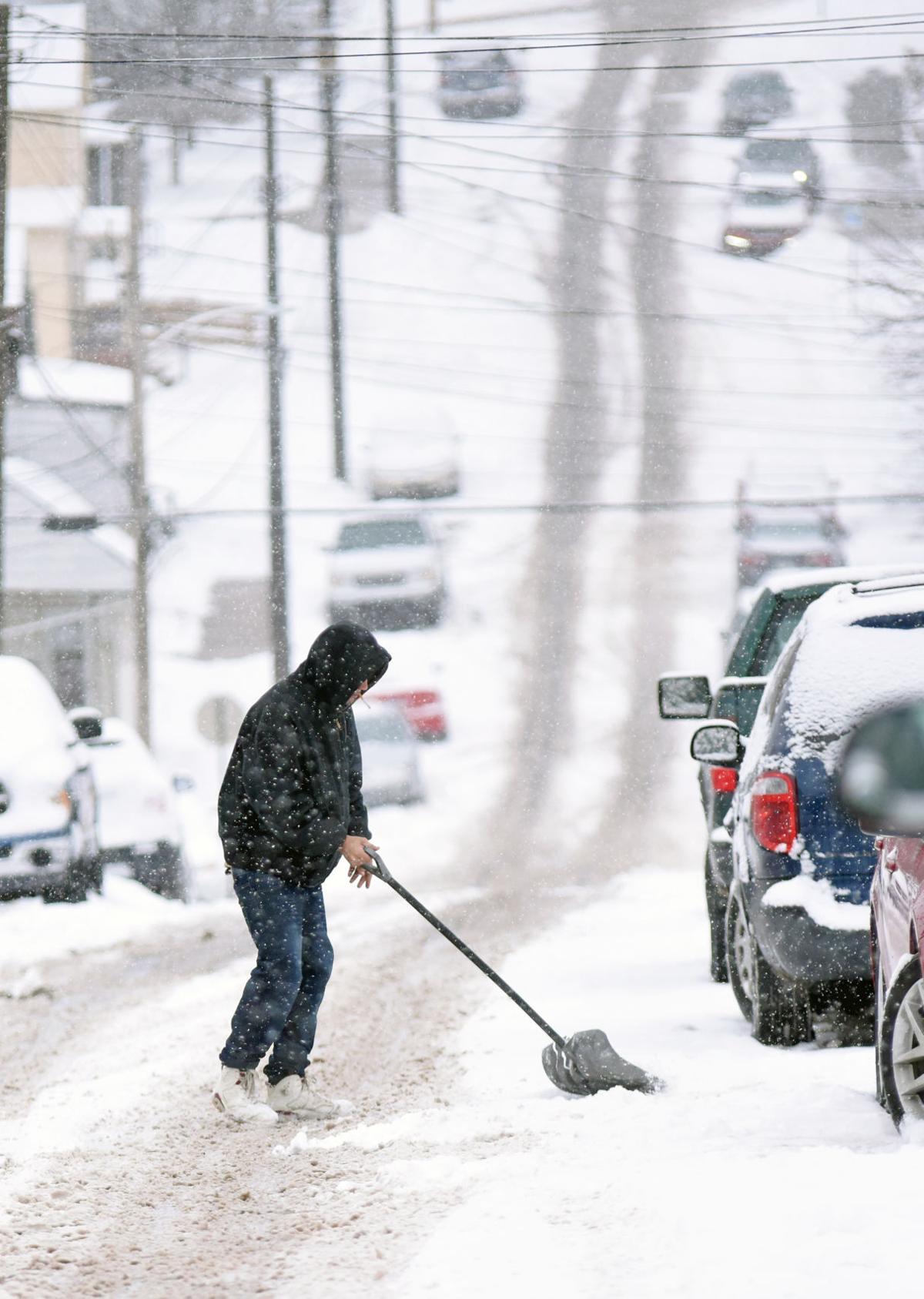 A man shovels out his car following a winter storm last year on Fayette Street in Washington. 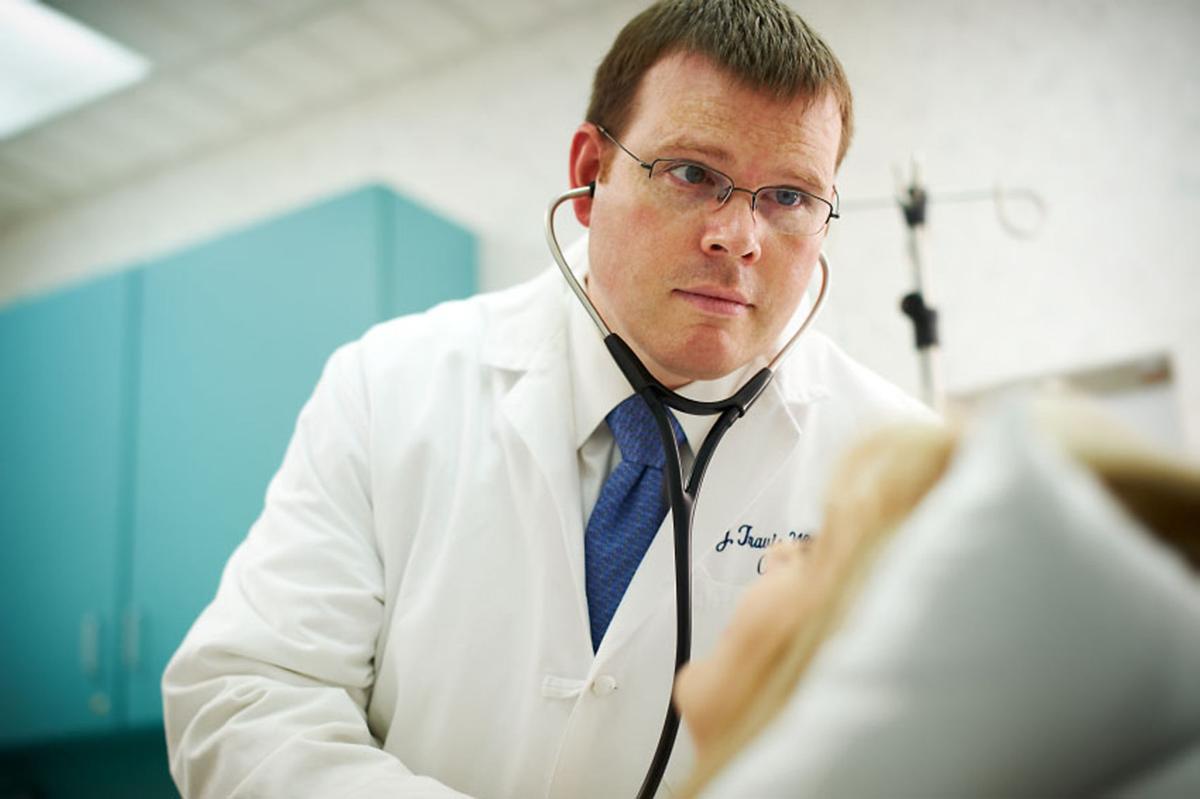 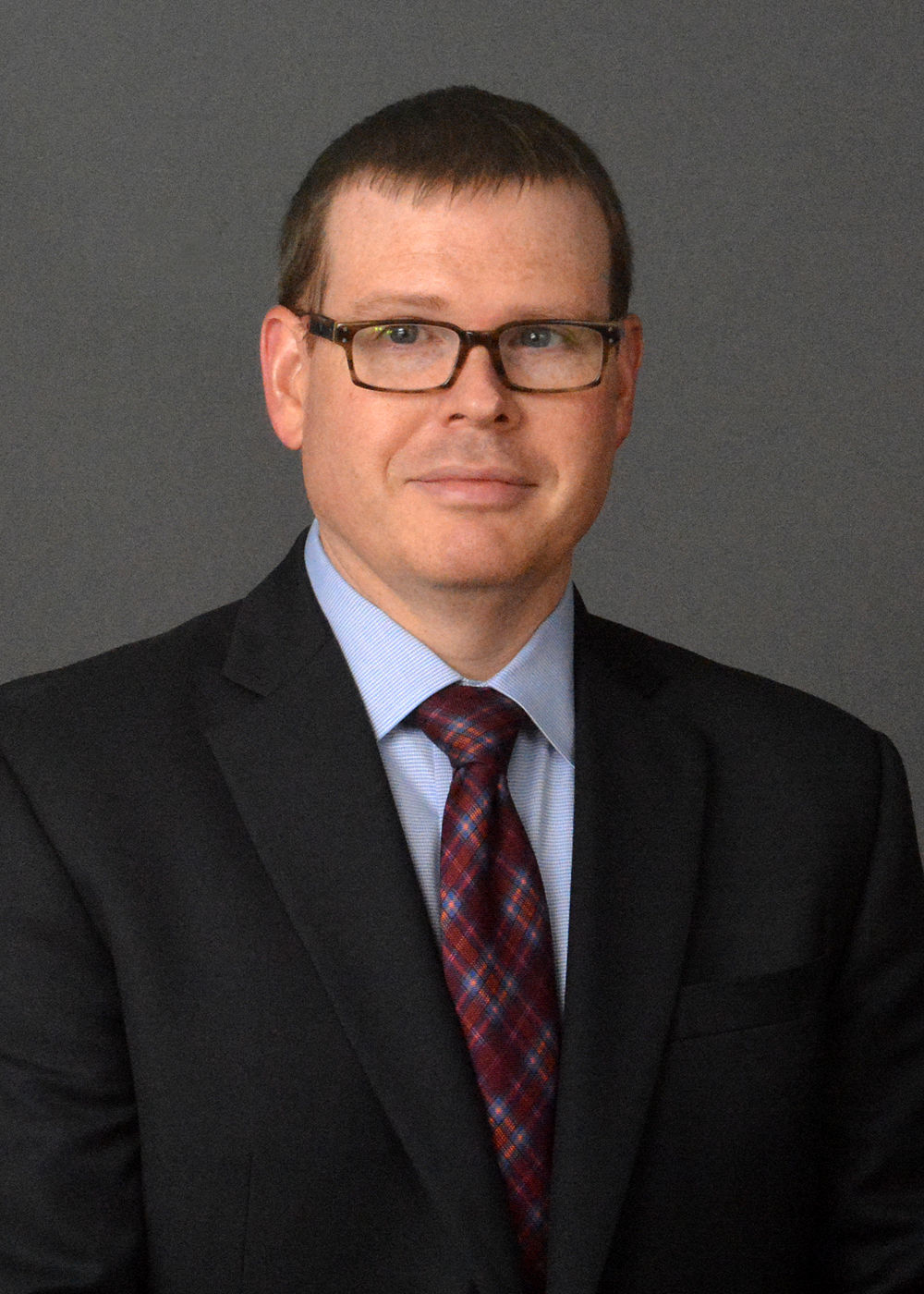 Several people shovel their sidewalks along Jefferson Avenue during a snow squall in Washington in this file photo.

A man shovels out his driveway in Houston last winter.

A man shovels out his car following a winter storm last year on Fayette Street in Washington.

Cardiologists and other members of the medical community have often said there is anecdotal evidence to support the claim more people have heart attacks when the weather is cold. Now, there’s also scientific proof.

A new study from Sweden published in the Journal of the American Medical Association, or JAMA, concludes that cold weather can indeed raise the risk of heart attack.

The study was done by researchers in Sweden where medical events such as heart attacks go into a national registry. They studied 250,000 patients over 15 years then cross-referenced that data with weather conditions such as temperature, barometric pressure, wind speeds and length of daylight.

The student found cold temperatures, low air pressure, high winds and shorter sunshine duration were all associated with a risk of myocardial infarction, or heart attack. The most pronounced link was with cold temperatures showing more heart attacks happened on days when the temperature was below 40 degrees.

The study’s findings came as no surprise to Dr. J. Travis Wilson, a cardiologist at Allegheny Health Network’s Canonsburg Hospital.

“This is an observation that certainly many of us have anecdotally made in our own practices that it seems as though in the wintertime, in particular, you see an increase incidence of heart attack,” Wilson said. “But what was interesting in this study is it’s probably among the best evidence we have today that demonstrates an association between some of these weather variables and the incidence of heart attack.”

Wilson thinks the study is noteworthy for several reasons.

“Now granted, this study still doesn’t really demonstrate a cause and effect relationship,” Wilson said. “But nonetheless, it supports the idea that that there is a definite association.”

“We recognize the role stress can play in all sorts of different paths of physiologic processes,” Wilson said.

He noted one difficulty with the study is trying to account for other factors that may have contributed to the heart attack risk but weren’t directly examined. One of those factors is the prevalence of flu during winter months.

There are other sorts of stress that cold weather can put on our bodies such as narrowing of blood vessels, which can raise blood pressure and stress the heart. Cold air in the lungs and on the skin could cause the body stress and induce inflammation, which can also contribute to a heart attack. Wilson said any of these situations would definitely raise the risk of heart attack in patients who already have risk factors.

“Well established risk factors for heart attack are things like smoking, diabetes, high blood pressure, high cholesterol, family history and obviously those risk factors don’t change with weather,” he said. “But, nonetheless, if you have the underlying risk, weather can be a potential exacerbation of those risks.”

Just knowing that cold weather can increase the risk of a heart attack doesn’t mean we can change the weather or simply move to a warmer climate. Still, Wilson sees value in the study.

“What’s exciting about studies like this is it validates the observation that we see an increased incidence of heart attacks and cold weather, and then it kind of serves as a springboard for further research to look into some of those ideas about why do we see that observation or association in this case.”

The bottom line, though, is that this knowledge may help some people take preventative measures.

“I think it comes back to the old adage, a little bit of common sense goes a long ways,” he said. “And what I mean by that is in the winter months, when it’s cold, to take the appropriate precautions and to make sure that you dress warmly and not undertake activities that you would consider strenuous for yourself.”

Shoveling snow is one obvious activity that can be strenuous on the heart, but Wilson points out another popular pastime in Pennsylvania that’s often done in colder weather.

“We’ve seen similar observational studies done in this part of the country where they look at the incidence of heart attack and heart disease when people go hunting,” Wilson said. “We’ve seen, again in an observational sort of way, an increased incidence of those events with that type of activity.”

“With respect to shoveling snow, make sure that you pace yourself and maybe, you know, divide that activity into two different times throughout the day, and not try to do the whole driveway at the same time,” he said. “For those people who have known risk factors to continue to do what you can to modify and reduce those risk factors, obviously, smoking being at the top of the list of things that you can modify.”

He added that staying warm and dressing appropriately is crucial to maintaining body heat and that people should keep hydration in mind even when it’s cold.

“That’s a huge one,” he said. “People think of that almost exclusively in warm weather. But, again, if you’re going to be exerting yourself in a strenuous way in cold weather, it’s equally as important to stay well-hydrated.”

Dehydration is a contributing factor for increased stress on the body which can indirectly trigger cardiac events, so snow skiing, ice skating, cross country skiing, snowshoeing and other winter activities can be strenuous.

“It’s always important to kind of recognize your limitations as an individual,” Wilson said. “Often times, we think of purely physical limitations, but there are other types of limitations and your physiology does play into that. It’s kind of those common sense recommendations as well as staying well-hydrated.”