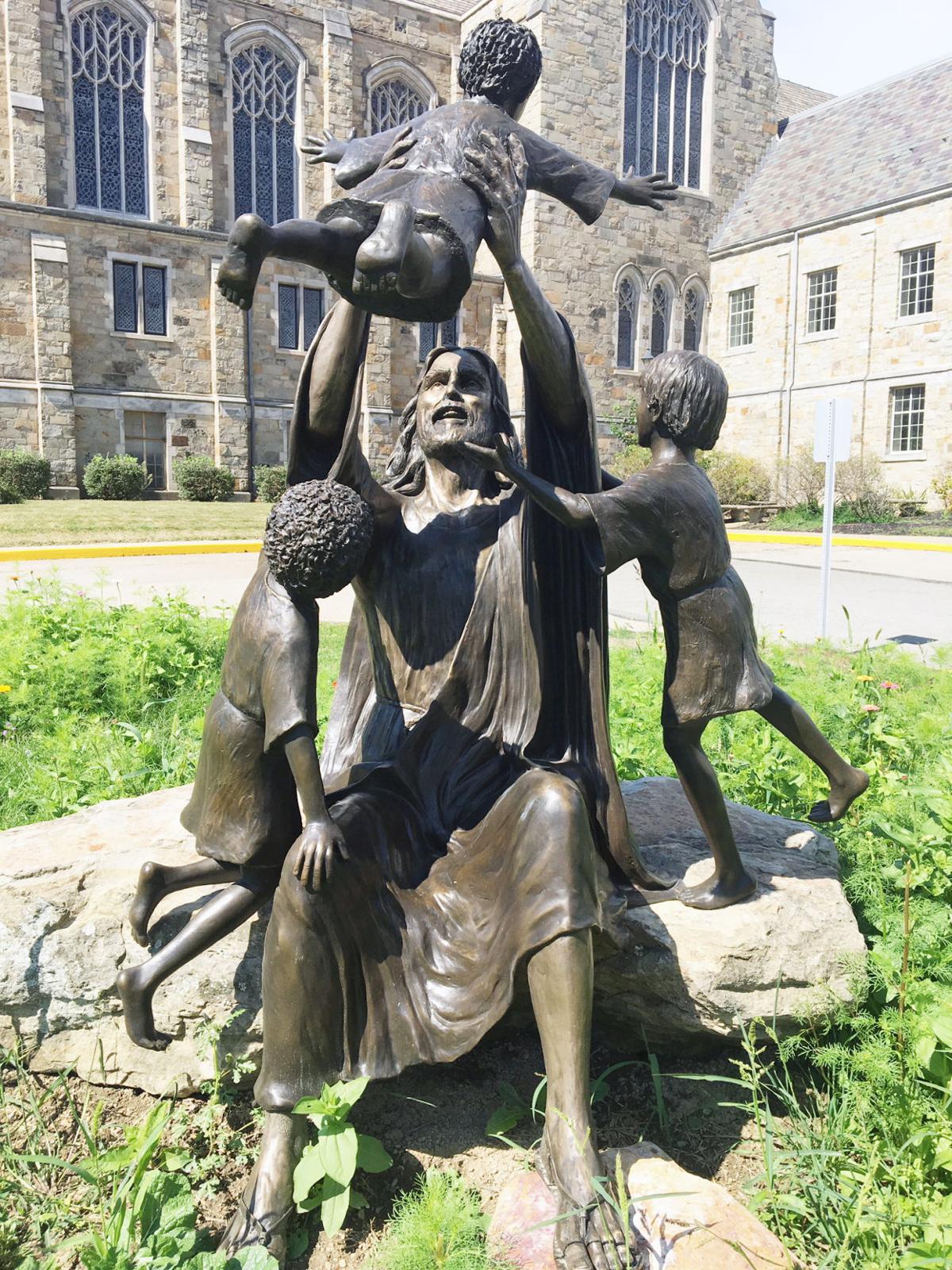 Alan Cottrill’s statue, “Let the Little Children Come to Me,” was dedicated Sunday at Church of the Covenant in East Washington. 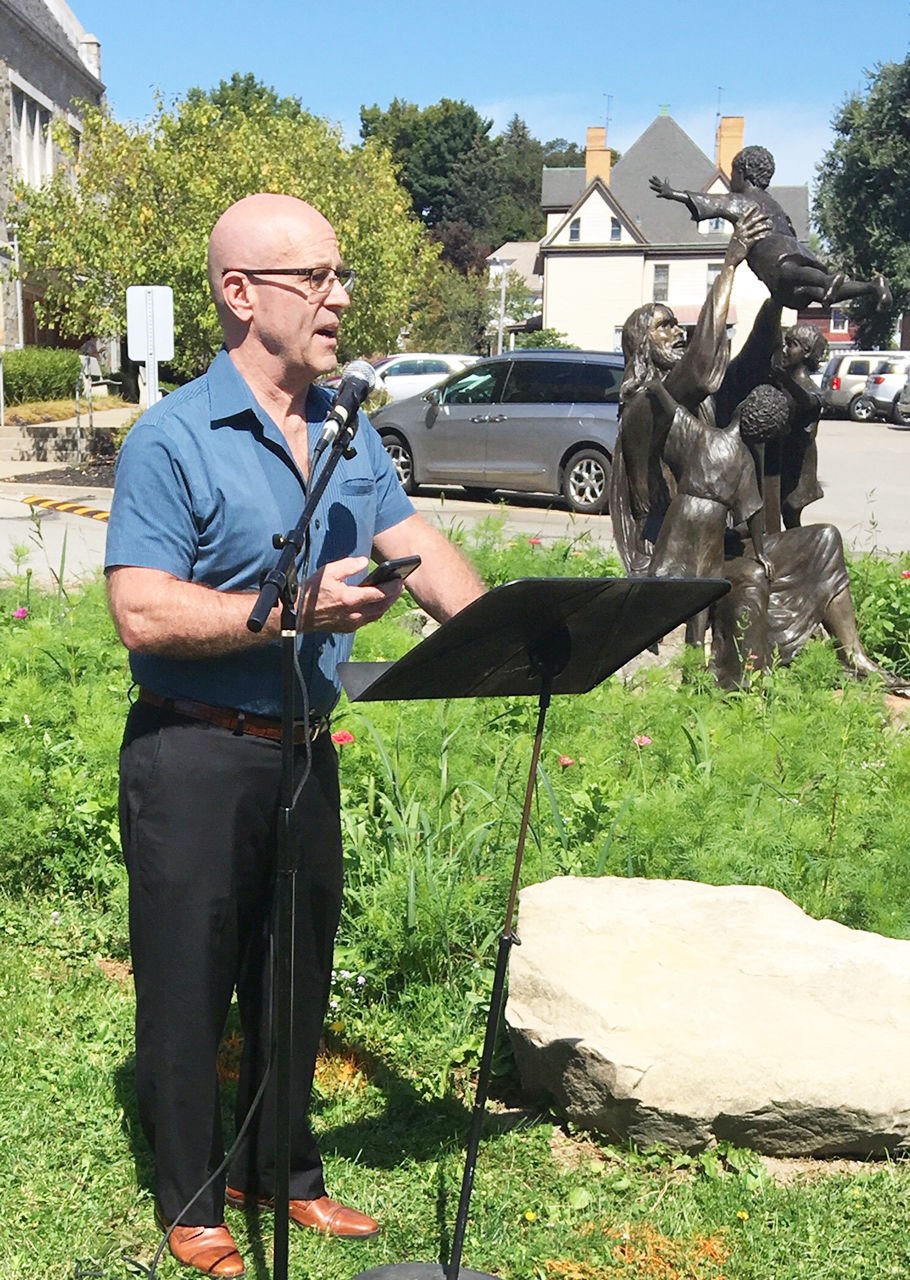 Former Washington resident Alan Cottrill speaks Sunday at the dedication of his statue, “Let the Little Children Come to Me,” at Church of the Covenant in East Washington.

Alan Cottrill’s statue, “Let the Little Children Come to Me,” was dedicated Sunday at Church of the Covenant in East Washington.

Former Washington resident Alan Cottrill speaks Sunday at the dedication of his statue, “Let the Little Children Come to Me,” at Church of the Covenant in East Washington.

Alan Cottrill is a sculptor of renown.

More than 50 of his works are displayed in Pennsylvania, including a half-dozen in Washington County, and about 50 others are located elsewhere across the United States. One, of inventor Thomas Edison, stands in the National Statuary Hall of the U.S. Capitol.

Cottrill grew up in Zanesville, Ohio, and lives and works there now, but has ties to Washington. He moved his family to the county in 1981, started a pizza company, and they remained in the area for a number of years. Alan did return to central Ohio, while a few members of the Cottrill clan stayed in Washington County.

The artist had a triumphant homecoming Sunday outside Church of the Covenant in East Washington. Cottrill spoke during a dedication of his statue, “Let the Little Children Come to Me,” outside the Presbyterian Church along East Beau Street, across from the Washington & Jefferson College campus.

His work stands about eight feet, depicting Jesus Christ seated on a large rock, holding one child overhead and three children reaching to him. The sculpture is at the center of a grassy circle filled with wildflowers, and has been there since July 26.

“I wanted to convey Christ’s messages of love, acceptance and joy,” Cottrill said at the early-afternoon ceremony on the church lawn, attended by about 150 church members, church officials and local residents.

The project took 13 months to complete, beginning with Cottrill working diligently to find stone that came close to matching that of the church. He found that in boulders from a quarry that had been closed for a half-century.

The Rev. Stu Broberg, pastor and head of staff at Church of the Covenant, also spoke along with Mark O’Donnell, elder of the church, and the Rev. Scott Shetter, associate pastor, who gave the litany of dedication.

Alan Cottrill knows how to sculpt a piping-hot pie as well. He founded Four Star Pizza in Washington when the family relocated here 38 years ago. His wife, Susan, now owns the company.

Back in Zanesville, where he was raised on a farm, the artist runs Alan Cottrill Sculpture Studio & Gallery. It’s 100 miles west of Washington, off Interstate 70 – where he has made an impact again.