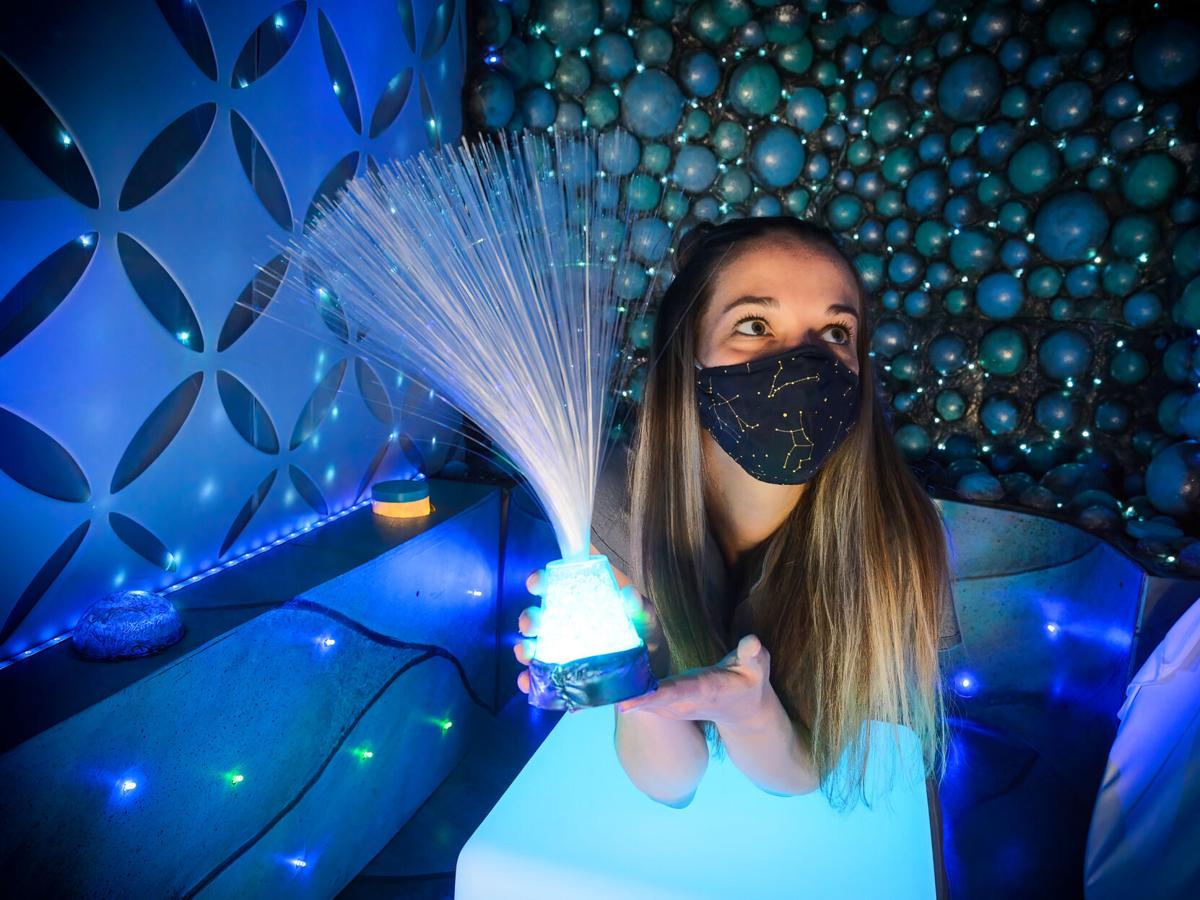 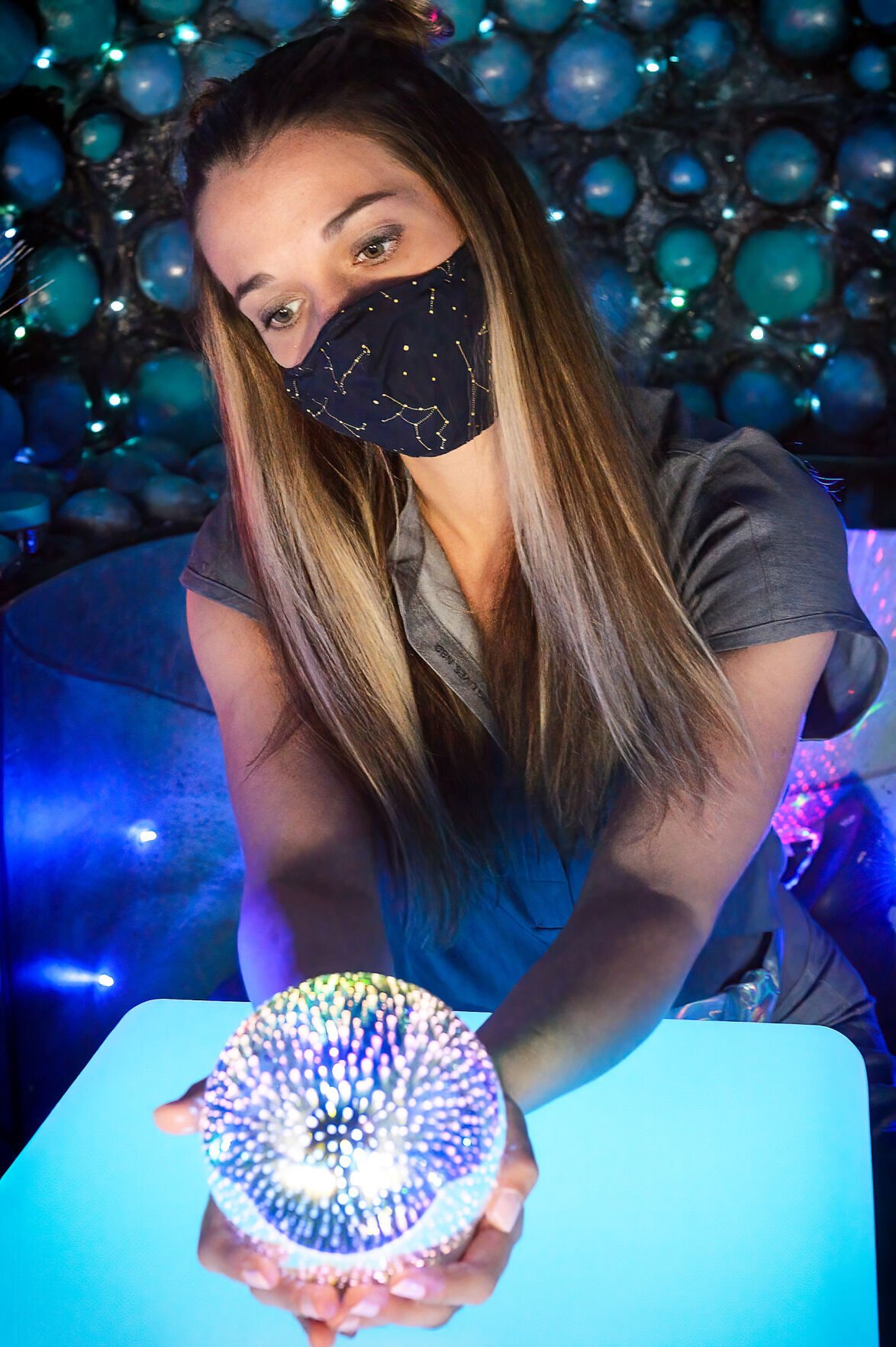 Claire Sabatine shows one of the objects that are part of the “Starshine!” experience. 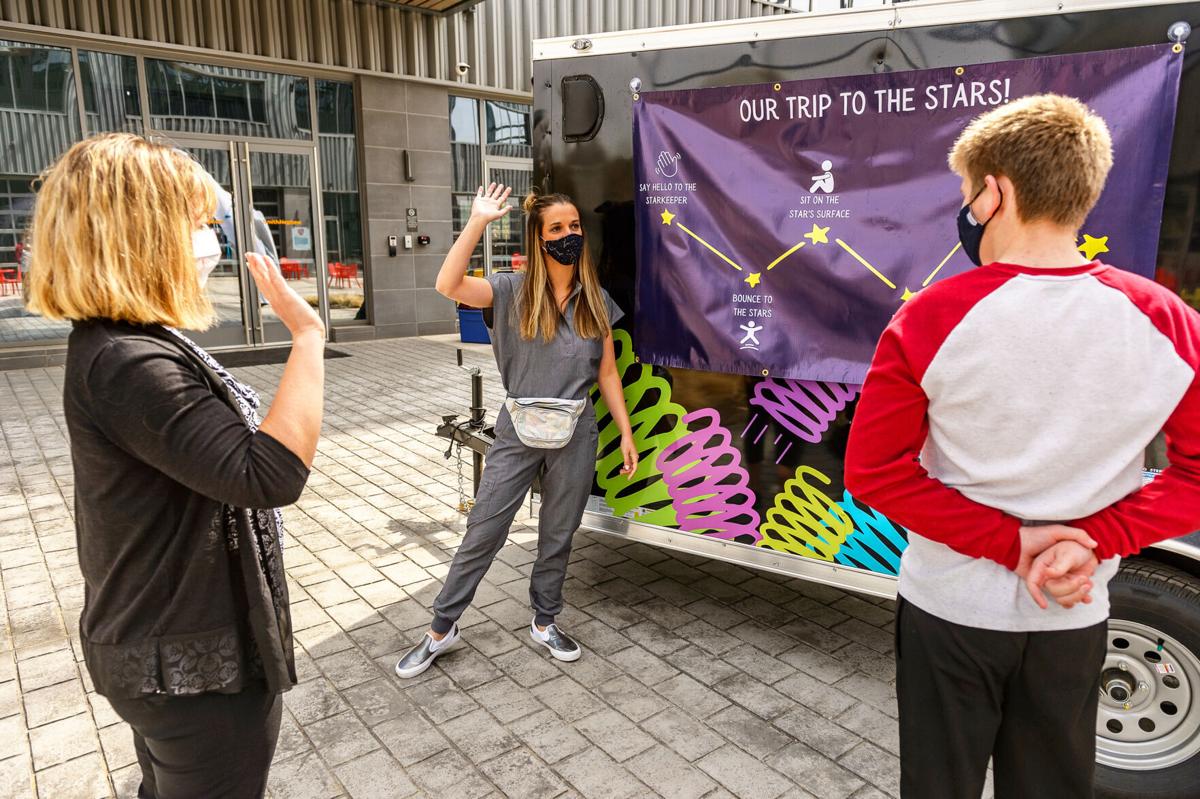 The “Starshine” trailer is pictured during a visit to the Andy Warhol museum, with Claire Sabatine greeting visitors.

The goal of Jumping Jack Theater always has been to create original productions for audiences that benefit from autism-friendly strategies.

“One of the kind of roadblocks that we’ve discovered from our past shows was that a lot of our audiences had challenges traveling to a theater space. It was a change in routine for their kids, and that can cause anxiety,” artistic director Stephen Santa said. “So we thought, why don’t we just bring the experience directly to them?”

With a new trailer in tow, Jumping Jack Theater is hitting the road – or the skies, if you will – with “Starshine!”

The 30-minute immersive presentation, created specifically for children with developmental disabilities and sensory sensitivities, debuted over the weekend at the Andy Warhol Museum and could be coming soon to a home near you.

“The show is built to travel right to our audiences’ front doors or driveways,” said Santa, a Bethel Park native. “They come out and they have this unique immersive experience that was created just for them.”

As a matter of fact, performances are tailored for children on an individual basis.

“We had been exploring the idea of presenting something that was going to be one-on-one,” Santa said. “And having the time during the pandemic, to be shut down and not being able to do any kind of presentations, kind of pushed us in that direction and gave us the opportunity to really develop ‘Starshine!’”

The show’s premise is children are trained as “starkeepers,” with plenty of associated activities.

“They get to create their own constellations. They learn how to ‘dust’ a star. They even get to talk to the stars,” Santa said. “The whole idea is that we’re trying to pass along the theme that it’s really important to care about other people and always try to help those who need it.”

Helping with the formulation of “Starshine!” were students in California University of Pennsylvania’s theater program.

“We took almost this entire school year to collaborate with the students on the project,” Santa said. “They helped us with scriptwriting. They created all of the props in the show. They helped with the set design. They built the entire set inside of the trailer.”

The project was funded partially by the Faculty Professional Development Council Annual Grant Program through the State System of Higher Education, and Jumping Jack Theater is seeking further financial support toward meeting another objective.

“We’re offering this performance free to families, because we also don’t want cost to be a roadblock,” Santa said, noting a $5,000 fundraising effort netted more than half the goal in short order.

About a week prior to scheduled shows, families are sent activities packages to help children become familiar with the theme, plus they receive audience surveys.

“We ask very specific questions about the children’s likes and dislikes, and their needs, so we can create the show in a personalized and fun way,” Santa said. “And it really feels like it is a special performance just for them.”

To help introduce “Starshine!” to the public, its trailer will be set up at venues including the Erie Playhouse June 20-21 and the Carnegie Science Center June 27, Aug. 15 and Nov. 7.