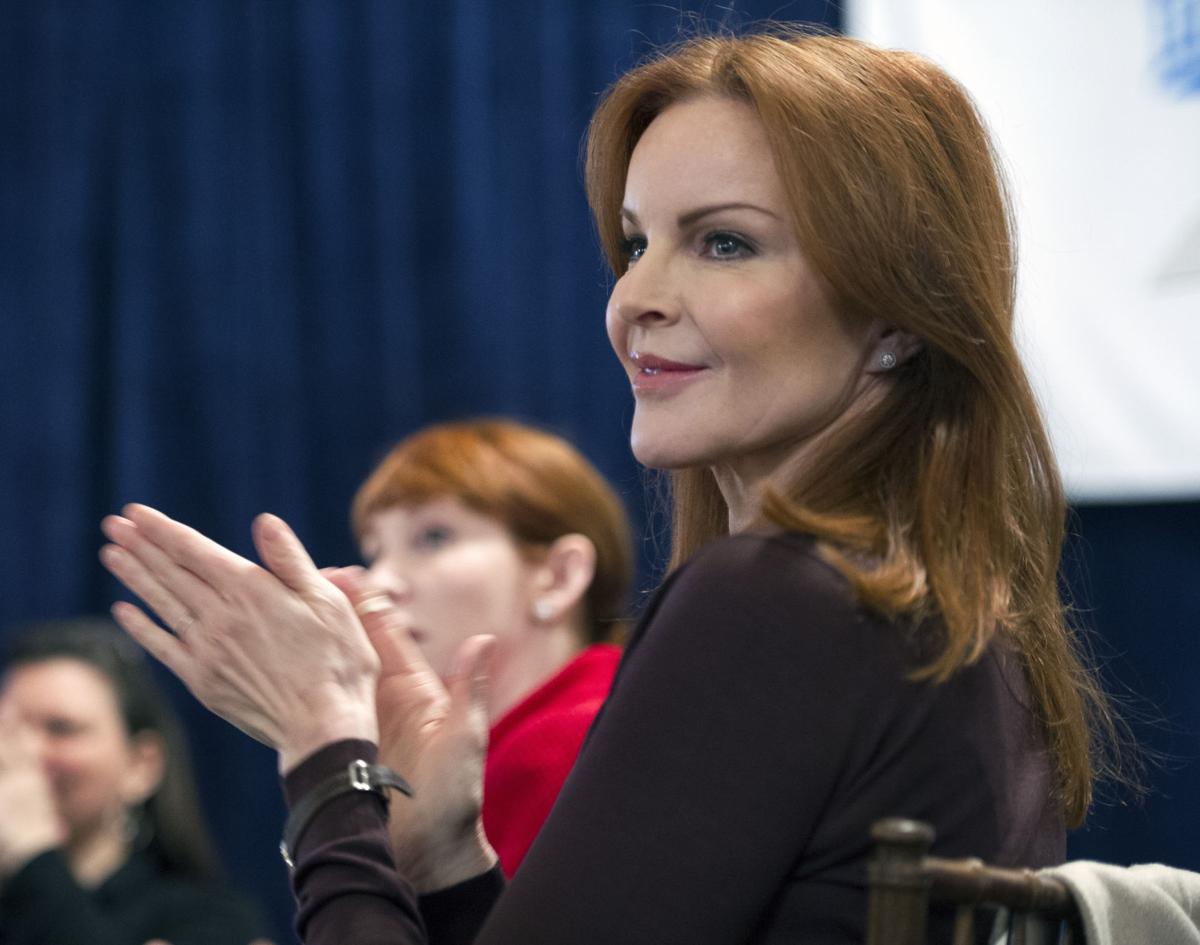 Actor Marcia Cross participates in the March 2015 launch of an effort to boost the nation’s investment in groundbreaking cancer research on Capitol Hill in Washington, D.C. 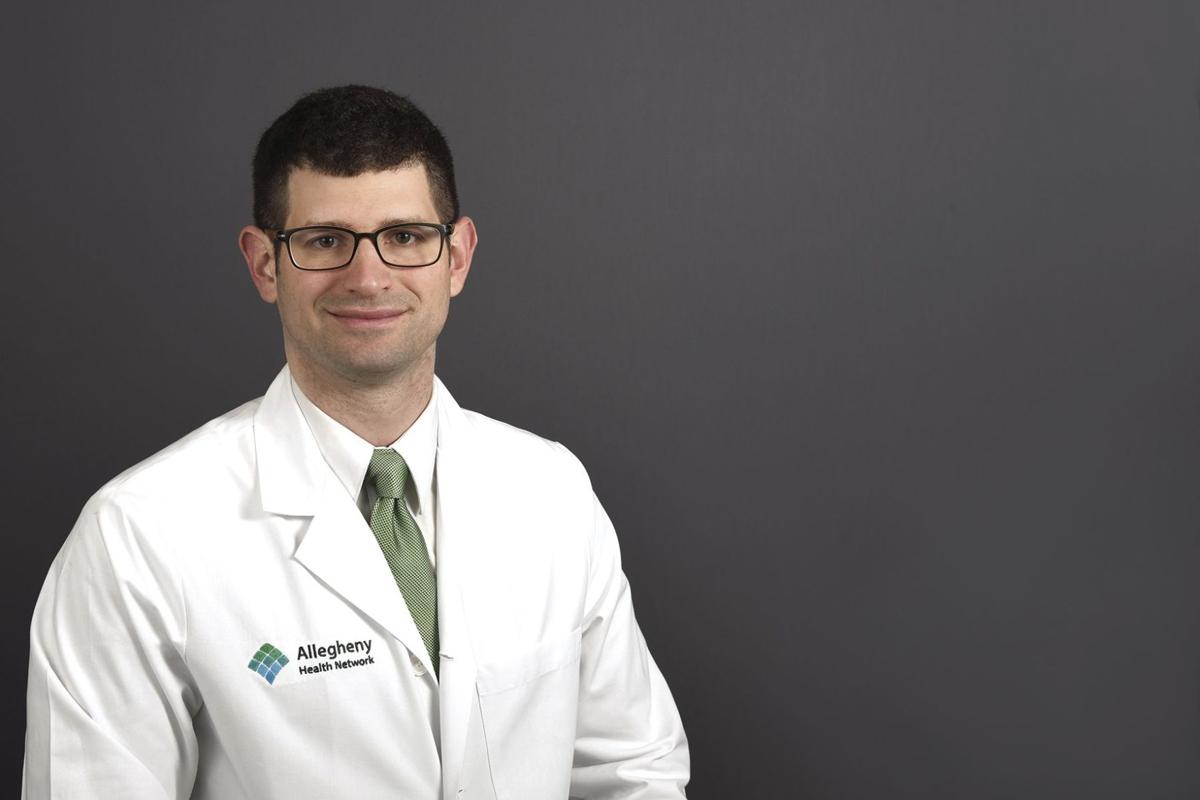 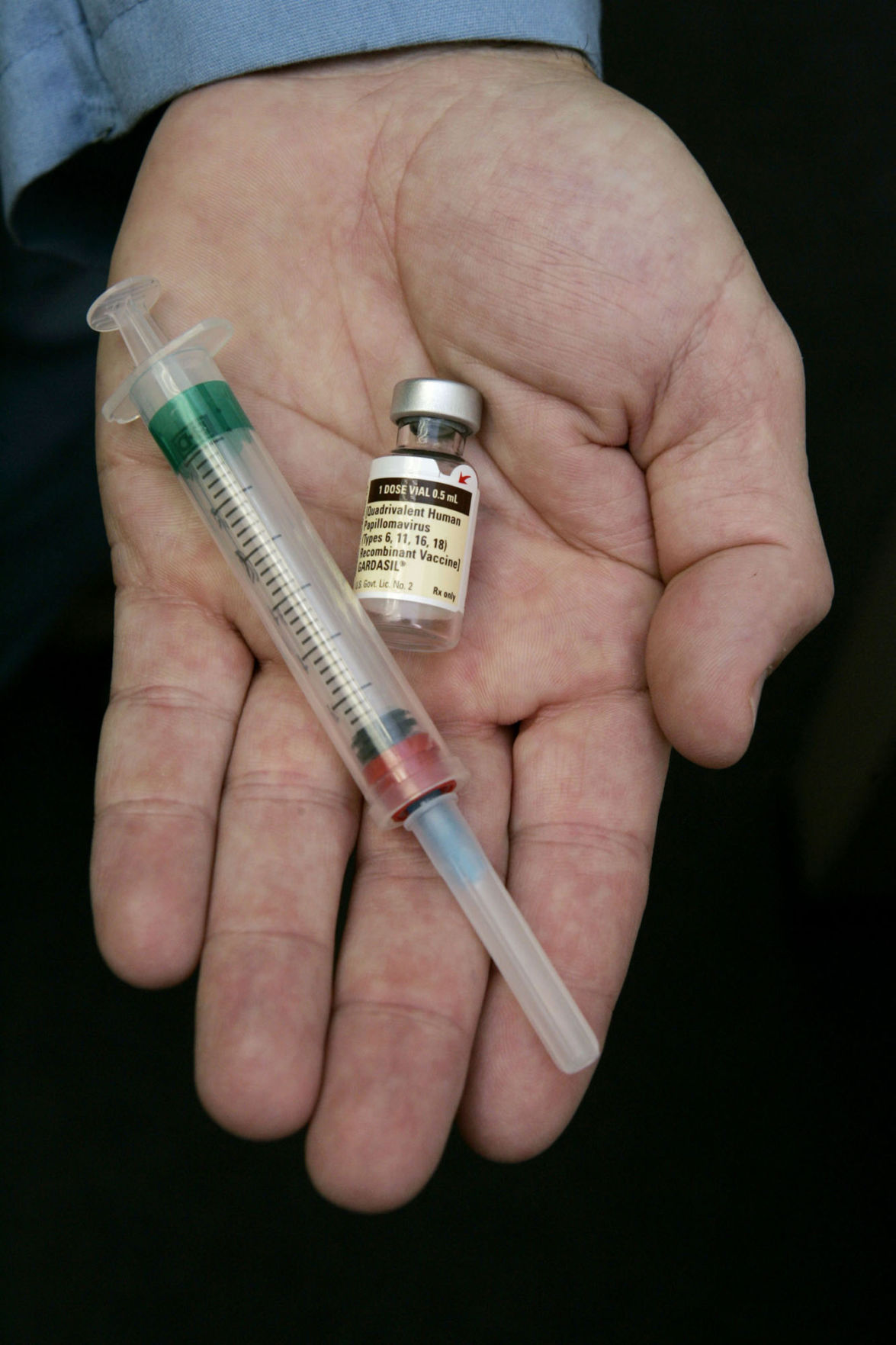 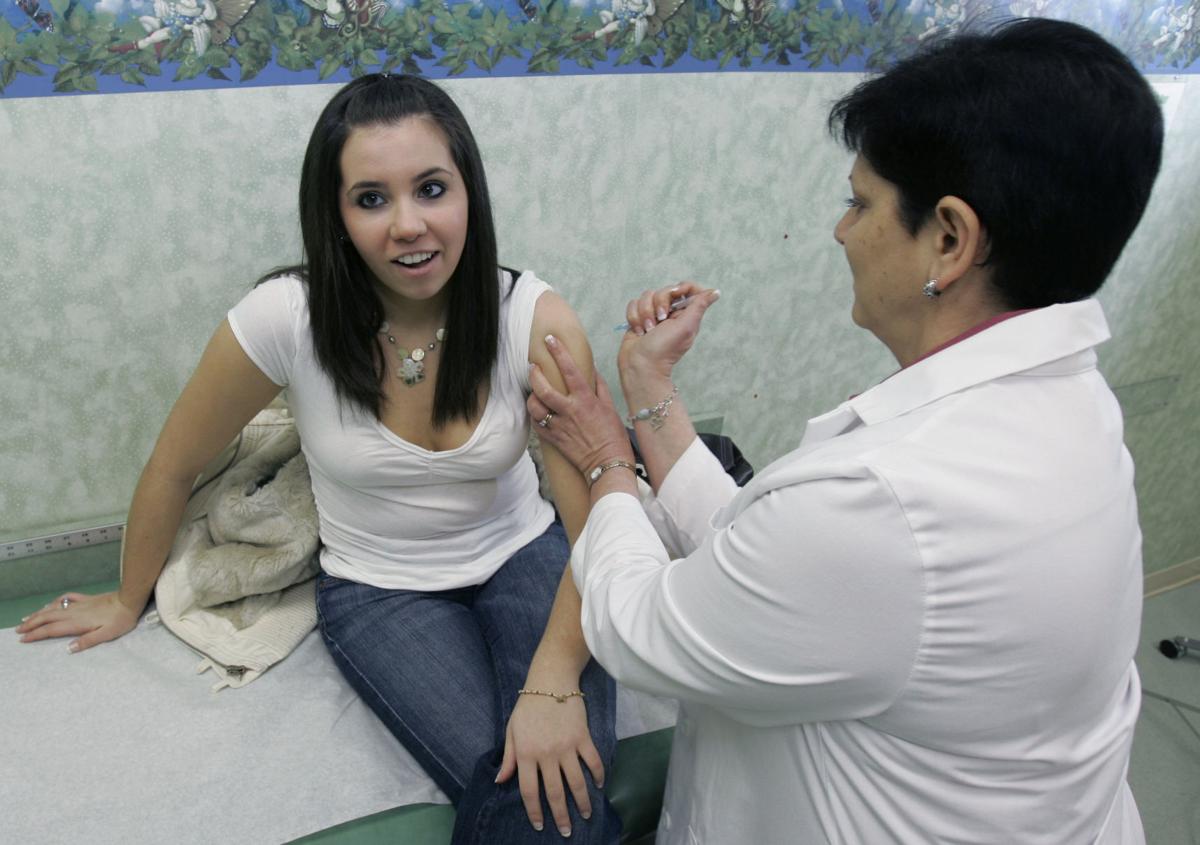 Nicole Giacopelli, 17, gets a shot of the new cervical cancer vaccine Gardasil in January 2017 from her pediatrician, Dr. Jill Stoller, in Woodcliff Lake, N.J. 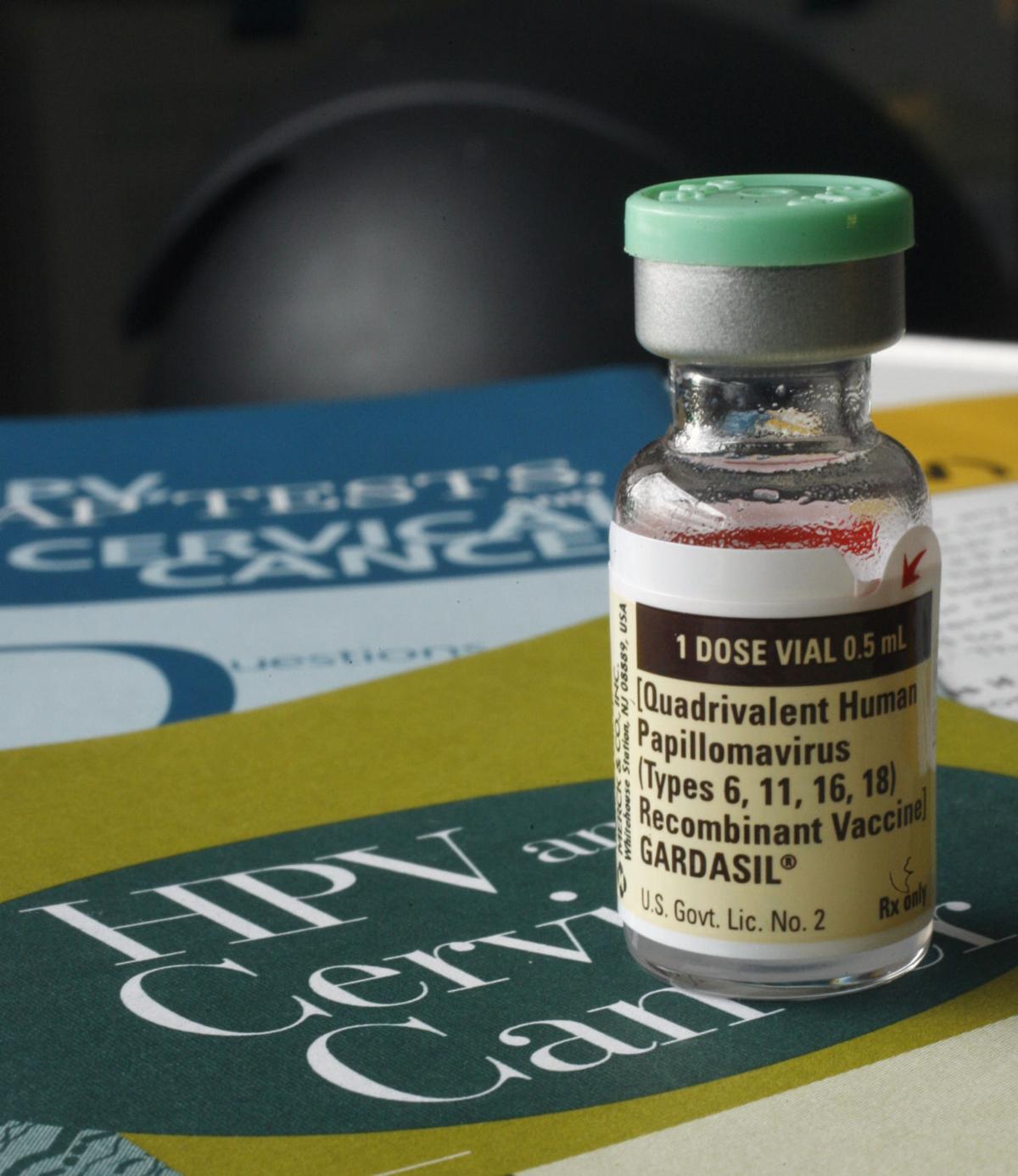 One dose of the vaccine Gardasil, developed by Merck & Co., is displayed in February 2007 in Austin, Texas.

Actor Marcia Cross participates in the March 2015 launch of an effort to boost the nation’s investment in groundbreaking cancer research on Capitol Hill in Washington, D.C.

Nicole Giacopelli, 17, gets a shot of the new cervical cancer vaccine Gardasil in January 2017 from her pediatrician, Dr. Jill Stoller, in Woodcliff Lake, N.J.

One dose of the vaccine Gardasil, developed by Merck & Co., is displayed in February 2007 in Austin, Texas.

Cross, 57, best known for her roles on television’s “Melrose Place,” “Knot’s Landing” and “Desperate Housewives,” was diagnosed last year during a routine exam by her gynecologist. She underwent chemotherapy and radiation and is now in remission.

Cross went on to reveal her husband, Tom Mahoney, was diagnosed with throat cancer in 2009 and also recovered. Doctors suspect both cancers stem from the same type of HPV, which the U.S. Centers for Disease Control said is so common nearly all men and women will get some form of the disease during their lifetime.

“The virus can remain latent for years,” said Dr. Erik Interval, head of the new Allegheny Health Network Head & Neck Cancer Center at Allegheny General Hospital. “It’s not really understood why it gets reactivated, but it can get reactivated and in a very rare subset of patients, you can get cancer from it.”

Interval said even when people are exposed to HPV, not every gets infected.

“Then people who do, some people never develop a problem,” he said. “There are a bunch of subtypes of the virus and most are low risk meaning that they are unlikely to cause cancer.”

“In terms of actual numbers of people with cancer, it can be related, throat cancer is going to overtake the incidence of HPV related cervical cancer,” he said.

While some infections go away on their own, HPV is also proven to cause cervical cancer in women as well as cancer of the vagina, penis, anus and the back of the throat.

In 2017, the Journal Annals of Internal Medicine found oral HPV is increasing in men between the ages 18 to 69.

Actor Michael Douglas was also open about his bout with oral cancer caused by HPV.

Douglas first sought medical help in 2010 after experiencing a sore throat that wouldn’t go away. Eventually, he was diagnosed with a cancerous tumor at the base of his tongue. He underwent chemotherapy and radiation and is now cancer free.

“Generally, it’s more responsive to treatment than if it were not related to the HPV virus,” he said. “The survival rate for this can be 90 percent.”

In the United States, oral HPV is much more common in men as opposed to women and Interval said most patients come into his office complaining of a sore throat or ear pain.

More than 48,000 cases of oral cancer were diagnosed in the United States in 2016 alone. Once thought to be caused by smoking or drinking alcohol, oral cancers caused by HPV strains are on the rise.

In fact, new data from the CDC shows the fastest growing segment of newly diagnosed oral cancers are in young, nonsmokers.

Interval said while many cervical cancer cases have been detected early thanks to pap smears in recent decades, other cancers caused by the HPV virus are on the rise.

He said the hope now is the HPV vaccine will eventually lead to a drop in other HPV related cancers.

That HPV vaccine, commonly known as Gardasil, is now recommended by the CDC for boys and girls starting as early as age 11. Vaccination is recommended for young men and women all the way into their early 20s.

“We’re hoping that the Gardasil vaccine seems to be effective, that then hopefully, in a couple of decades, this will take care of itself,” he said. “There’s a lag effect where you get people vaccines and it takes time to see if it’s gonna work or not.”