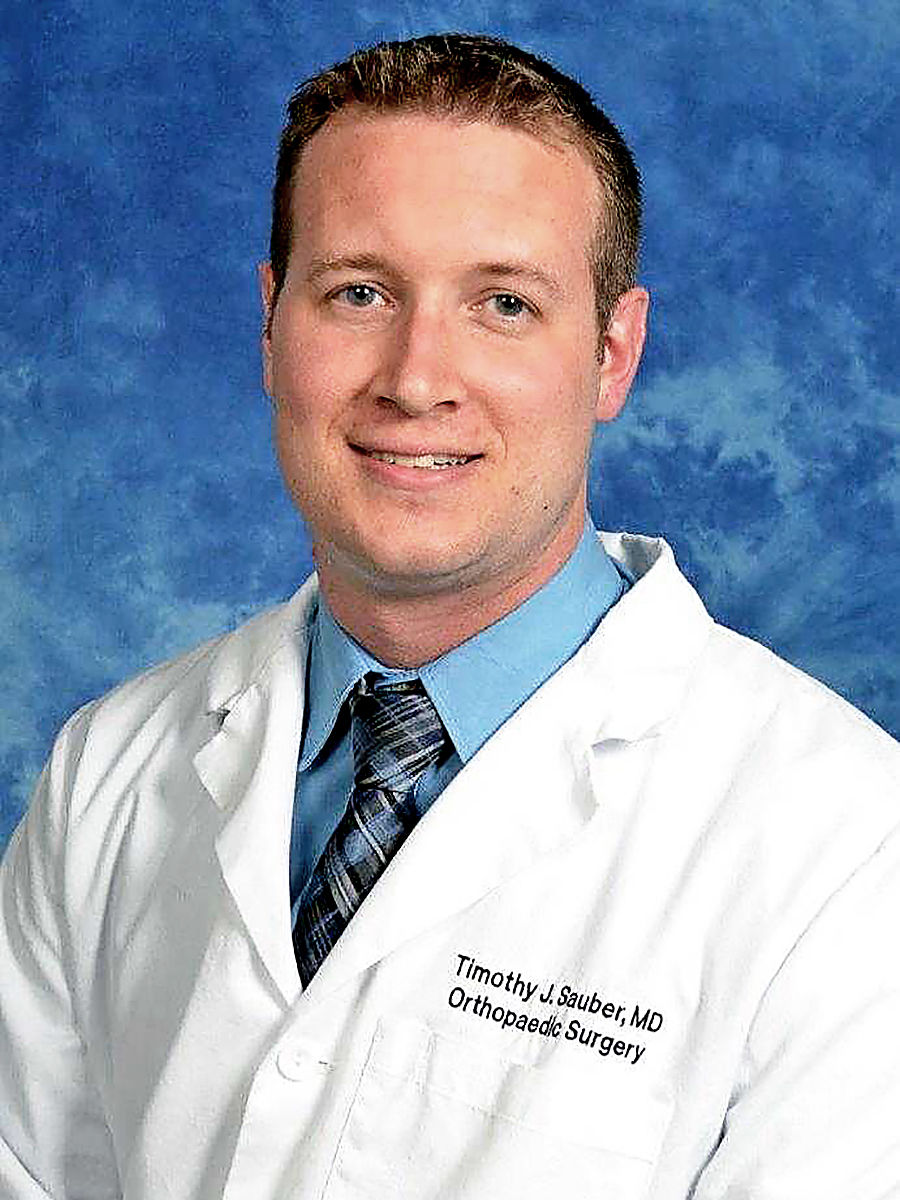 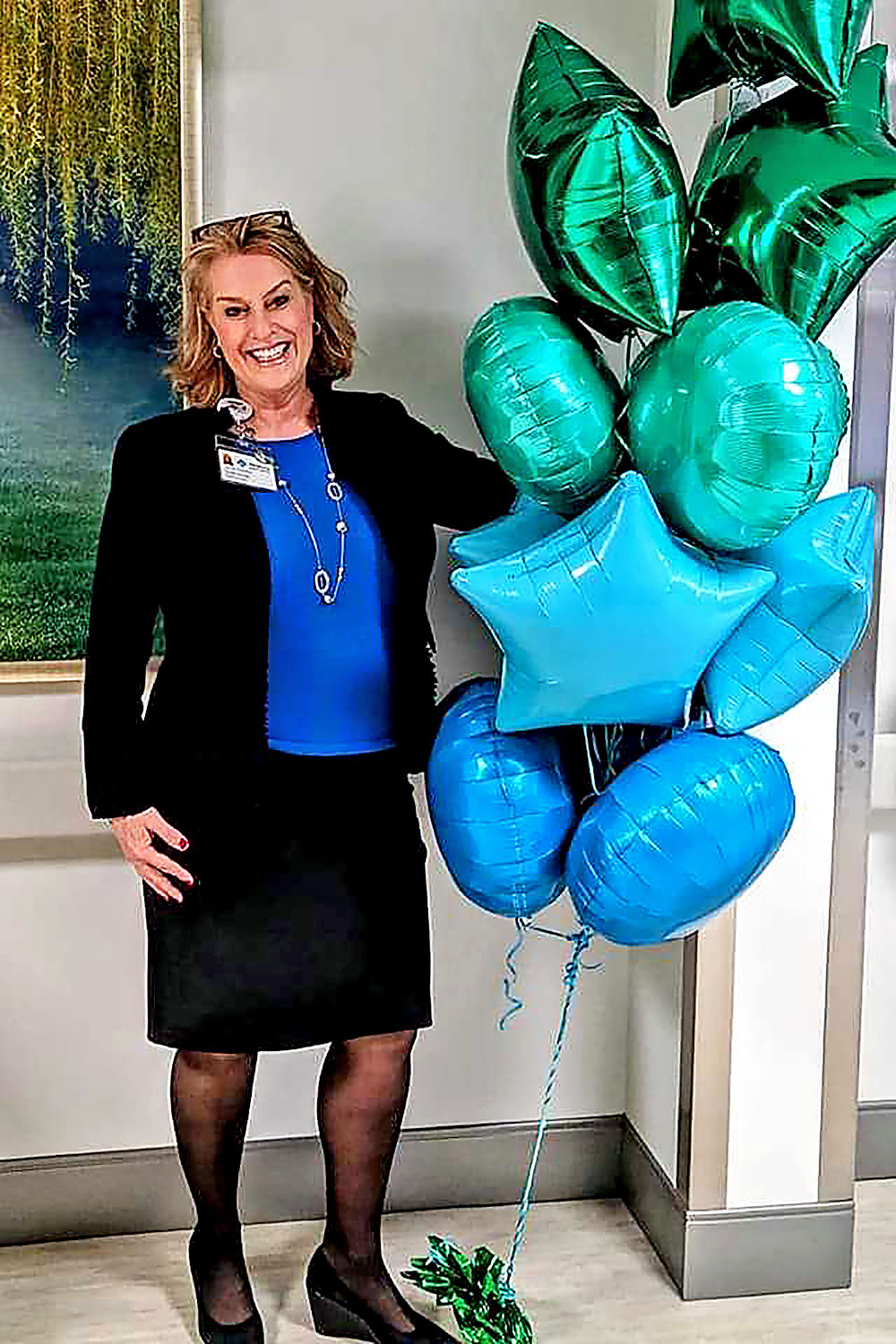 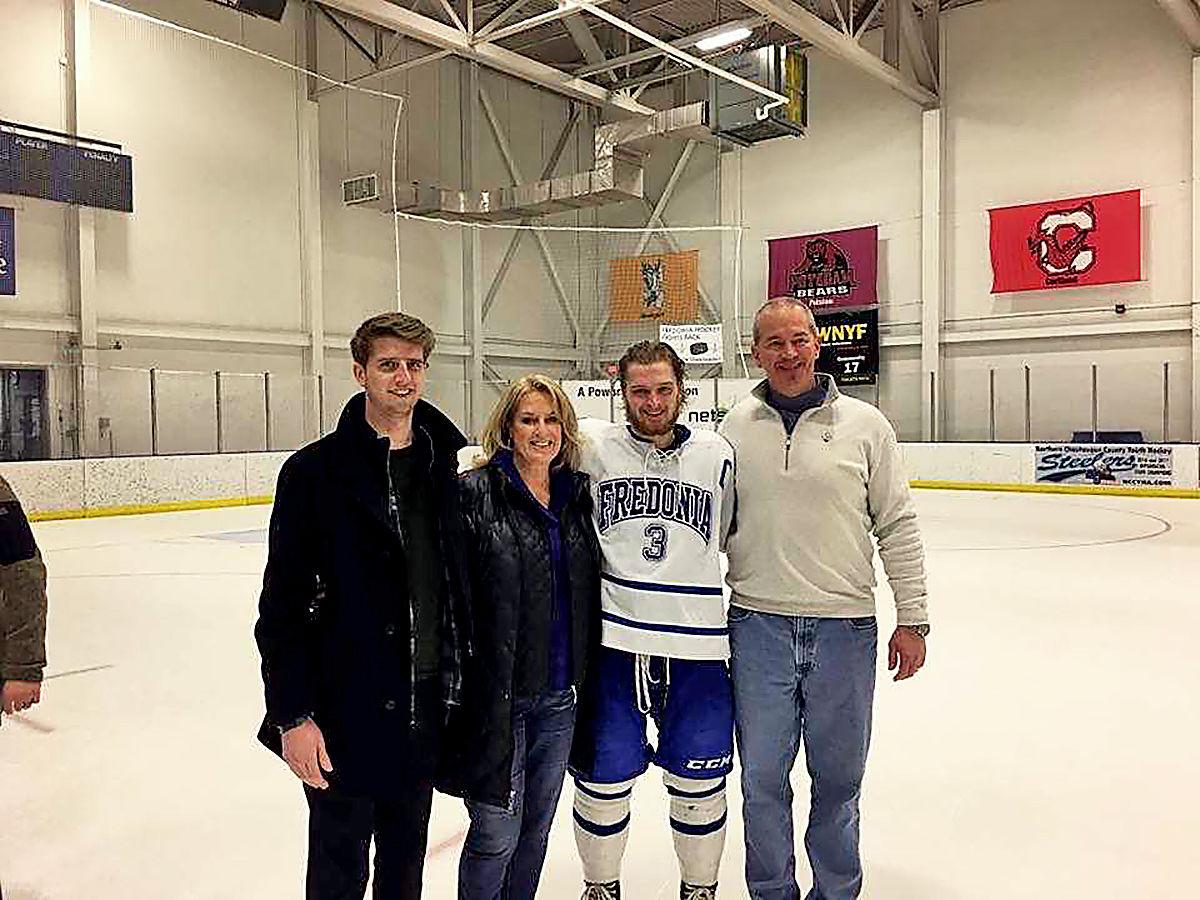 Claire Zangerle with her with husband, Adam, and sons Jamie and Joey Young.

Claire Zangerle remembers limping through the airport in Chicago a few years ago during a business trip when a stranger came up behind her and said something shocking.

“You have medial arthritis, don’t you?” the man told her.

“He said he was an orthopedic surgeon. I got tears in my eyes and told him I was miserable,” she said.

What followed surprised her.

How young is too young for joint replacement surgery is the question being debated by orthopedic surgeons across the country now as the average age of knee and hip replacement patients continues to drop. A new study by Blue Cross-Blue Shield shows that in 2017, almost a quarter-million of its members under age 65 underwent a planned knee or hip replacement and that those surgeries are on the rise in that age group nationwide.

Zangerle, 54, of Oakmont, is a perfect example of the population mentioned in that study.

“In our mind, we’re 25 and we still want to do what we’ve done,” said Zangerle, who is a nurse. “I was a gymnast from the time I was like 3 years old up through college and that takes wear and tear on your joints. I ran a marathon and I just beat my body up. It doesn’t mean we can’t fix it because I still want to go to yoga. I still want to do these things.”

She got injections in her knee to treat chronic pain and when those stopped working, she sought the advice of Dr. Timothy Sauber, an orthopedic surgeon with Allegheny Health Network.

“He said the middle and outside portion of my knees were fine but the inside (medial) was in bad shape,” Zangerle said. “He said there’s no reason to yank that whole thing out and put in a new one when all you need is just a little bit of cushioning on the inside.”

Zangerle is typical of many of the patients Sauber sees in his practice these days.

He said they’re likely seeing some of the effects of a significantly more athletic population hitting their 50s. He added that times have changed, and if someone in their 50s came into his clinic looking for knee or hip replacement a decade ago, he’d tell them they needed to wait until age 65.

“I think it’s people having joints wear out faster and people’s expectations for what they should be doing is just the key driving some of these decisions,” he said.

Still, Sauber cautions patients to wait as long as possible before jumping into total joint replacement.

“We’re doing such a great job of relieving pain in a really high functioning, active 50-something population,” he said. “This is not a relatively sedentary, retired, 70-year old population.”

That being said, Sauber sees many younger patients opting for elective joint replacement and he walks them through the decision process very carefully.

“You really have to choose a patient right, definitely make sure their expectations are correct and, to put it bluntly, there are some 50-something year-olds that just aren’t going to get to a place with appropriate expectations,” Sauber said.

What is a realistic expectation in his opinion?

“If it’s so bad I can’t walk through the grocery store, that’s probably the best reason to have a knee replacement,” he said. “You’re always going to meet your expectations in that scenario.”

Obviously, these surgeries cost a lot of money. The financial numbers in the Blue Cross-Blue Shield study are staggering, showing planned procedures cost the insurer $25 billion in 2017, up 44 percent since 2010. The good news is that the cost of such procedures in Pittsburgh is below the national average.

“If cost is a high priority for a patient, a little research and comparison ahead of time can mean considerable cost savings while also choosing a doctor that’s right for them,” said Mari Vandenburgh, director of provider contract development & reimbursement programs at Highmark. “It’s important for patients to consider cost much in the same way they consider other financial decisions to avoid surprises and financial stress. There are a variety of tools that can help a patient choose a doctor that best fits their needs while empowering them to financially plan for the cost of a procedure.”

Zangerle is glad that Sauber decided she was ready for partial knee replacement surgery. Within two or three weeks, she was walking on a treadmill and going to physical therapy and back at work. She went back to yoga and eventually regained full range of motion.

“I can walk upstairs, downstairs. I can I can do everything I did before,” Zangerle said.

However, Sauber told her the longevity of the repairs will depend on her.

“My running days are over,” she said. “He said it’s how you exercise, how much you exercise (and) your weight control. The ball’s in my court.”