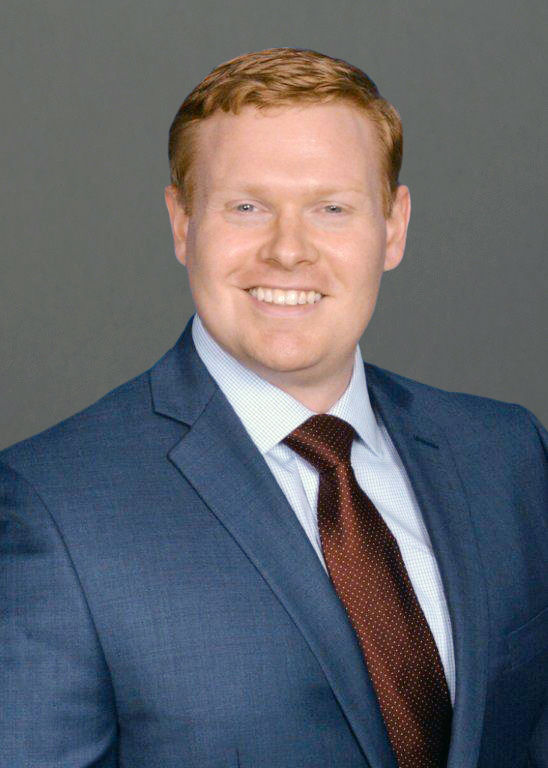 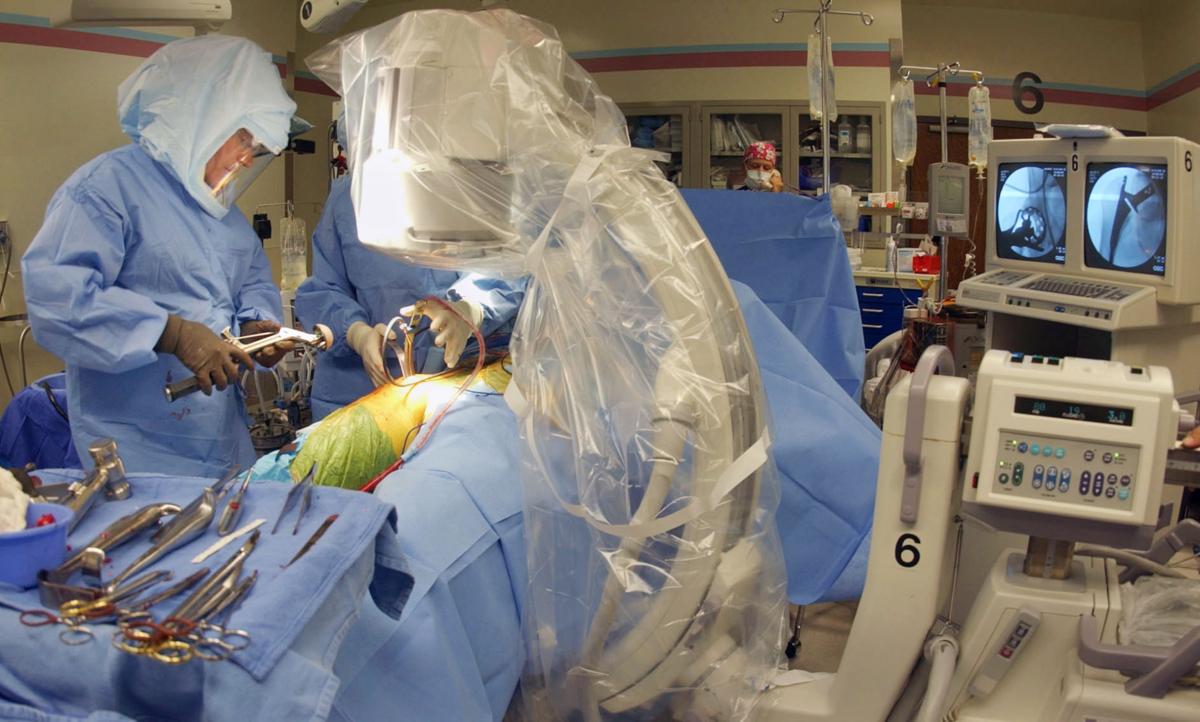 Dr. Steve Bubb prepares to insert part of an artificial hip into a patient during a minimally invasive hip replacement surgery in October 2003 at Shawnee Mission Medical Center in Merriam, Kan. 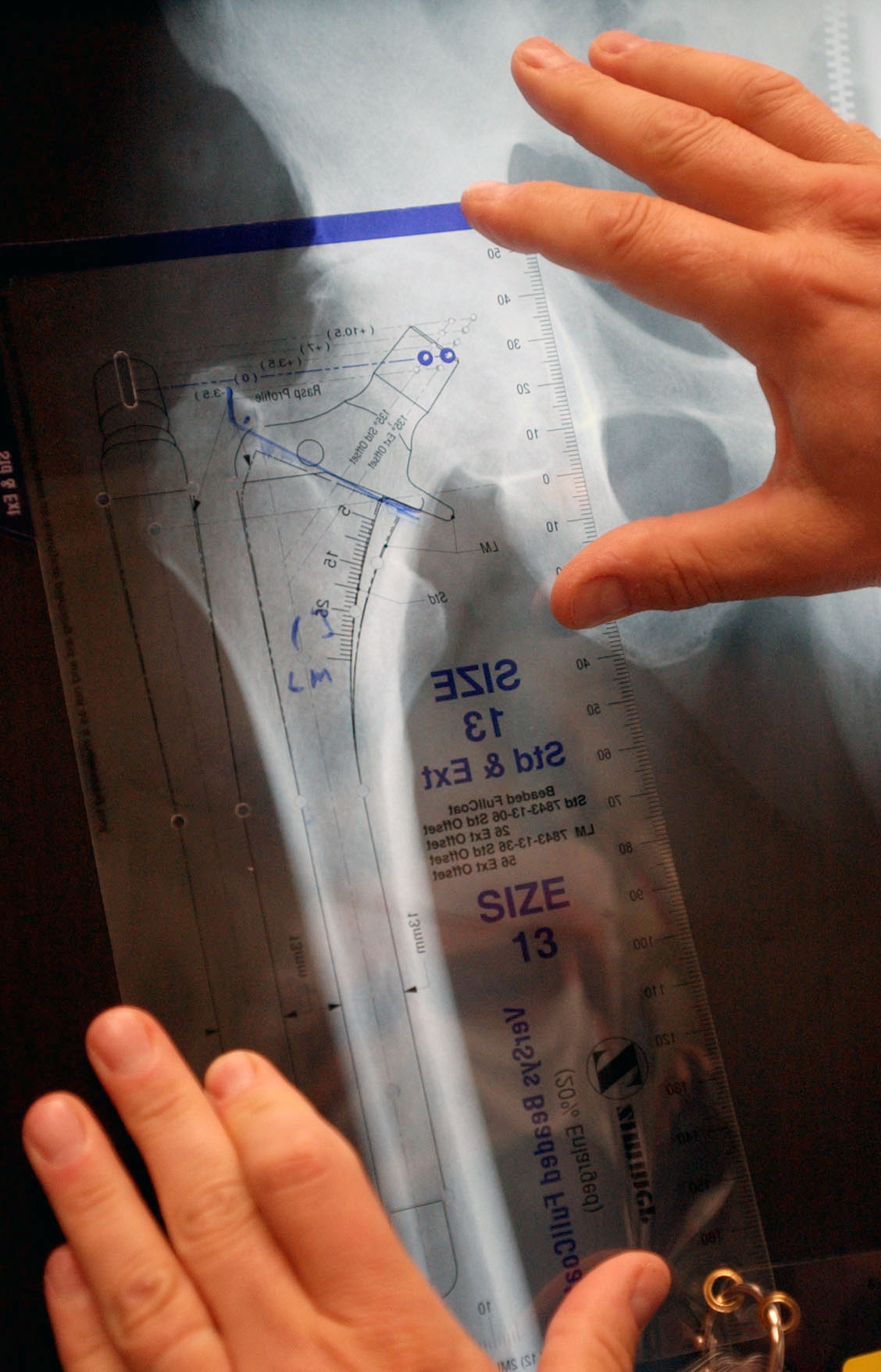 Dr. Steve Bubb holds a template of part of an artificial hip against an x-ray prior to performing an october 2003 minimally invasive hip replacement surgery at Shawnee Mission Medical Center in Merriam, Kan.

Dr. Steve Bubb prepares to insert part of an artificial hip into a patient during a minimally invasive hip replacement surgery in October 2003 at Shawnee Mission Medical Center in Merriam, Kan.

Dr. Steve Bubb holds a template of part of an artificial hip against an x-ray prior to performing an october 2003 minimally invasive hip replacement surgery at Shawnee Mission Medical Center in Merriam, Kan.

The number of joint replacement surgeries in the United States grows every year and the average age of patients keeps dropping.

That means orthopedic surgeons are constantly on the lookout for new techniques to improve these procedures. In the case of hip replacements, surgeons today are actually taking a page from the past in changing the way they approach the hip.

“It’s actually an old technique that was kind of rediscovered probably about seven or eight years ago again,” said Dr. Brian Moore, an orthopedic surgeon with Allegheny Health Network. “It’s become more popular. So it is a newer way of doing it.”

Moore said the technique he referenced is called a direct anterior approach.

“The biggest benefit is that you don’t necessarily cut through the muscles to get into the hip joint like we do going from the posterior approach,” Moore said. “You’re kind of going between the muscles, split them and just pull them off to the side. So it’s more muscle sparing and a little bit less traumatic.”

The traditional way of doing a hip replacement is to make an incision right on the side of the hip, Moore said.

Moore said it’s a very successful approach that’s been the standard for years, despite causing some post-surgery issues and limitations.

“People would have some post-operative pain in their buttocks muscle or weakness in the muscles on the side of their hip,” he said. “So if you don’t cut those muscles and go in the front, then you don’t have that weakness or muscle pain as much.”

Moore said hip replacement surgery is one of the most successful surgeries in all of medicine – no matter which technique surgeons choose.

“But if you go through less of the tissue and you go in from the front, then you can do less trauma, cut less muscles,” Moore said. “And that should translate into a faster recovery with a little bit less pain. Faster recovery means you get rid of the walker or the cane faster, maybe get back to work faster and take less pain medicine after surgery.”

One of the biggest benefits of this approach is that patients have fewer restrictions after surgery which can make the recovery less cumbersome.

“If we do surgery on the back, we actually restrict how much we want them bending and we don’t want them crossing their legs,” Moore said. “When going from the front with a direct and clear approach, they actually don’t have any restrictions in terms of bending or crossing their legs because we didn’t take down that tissue in the backside of the hips.”

The reason is that when surgeons insert the artificial joint, most times it is just held in place by tissue and pressure and the bone gradually grows into the new joint over the course of six weeks. Crossing of one’s legs or sleeping on one’s side could potentially lead to the new joint popping out of place.

With the frontal approach, those muscles are not cut and remain in place to help hold the new joint where it needs to be.

Moore said the overall trend is joint replacement patients are getting younger and that doctors are more willing now to do replacement surgery on younger patients.

“It used to be very difficult to tell someone to go ahead and get their hip replaced before 60 or 65,” Moore said. “Now that we get them to last a little bit longer, I think we’re more comfortable doing it at a younger age, so it’s becoming more of the norm to not make people wait until their 60s or wait till they’re retired.”

The overall population includes people who have been athletic most of their lives and have overused joints as well as a large percentage of the population, which is overweight leading to joint deterioration.

When it comes to joint replacement surgery, Moore said the No. 1 factor still should be choosing a trustworthy surgeon.

While Moore said not every patient is a candidate for the anterior approach, he does believe it can lead to an easier recovery for many people.

“A total hip replacement, no matter how you do it, is a very successful surgery,” he said. “So that’s the bottom line. But if they’re motivated and they want to get back to work faster, want to recover faster and they’re interested in anterior approach, they definitely should seek out somebody that does that approach because I think they could potentially recover faster.”