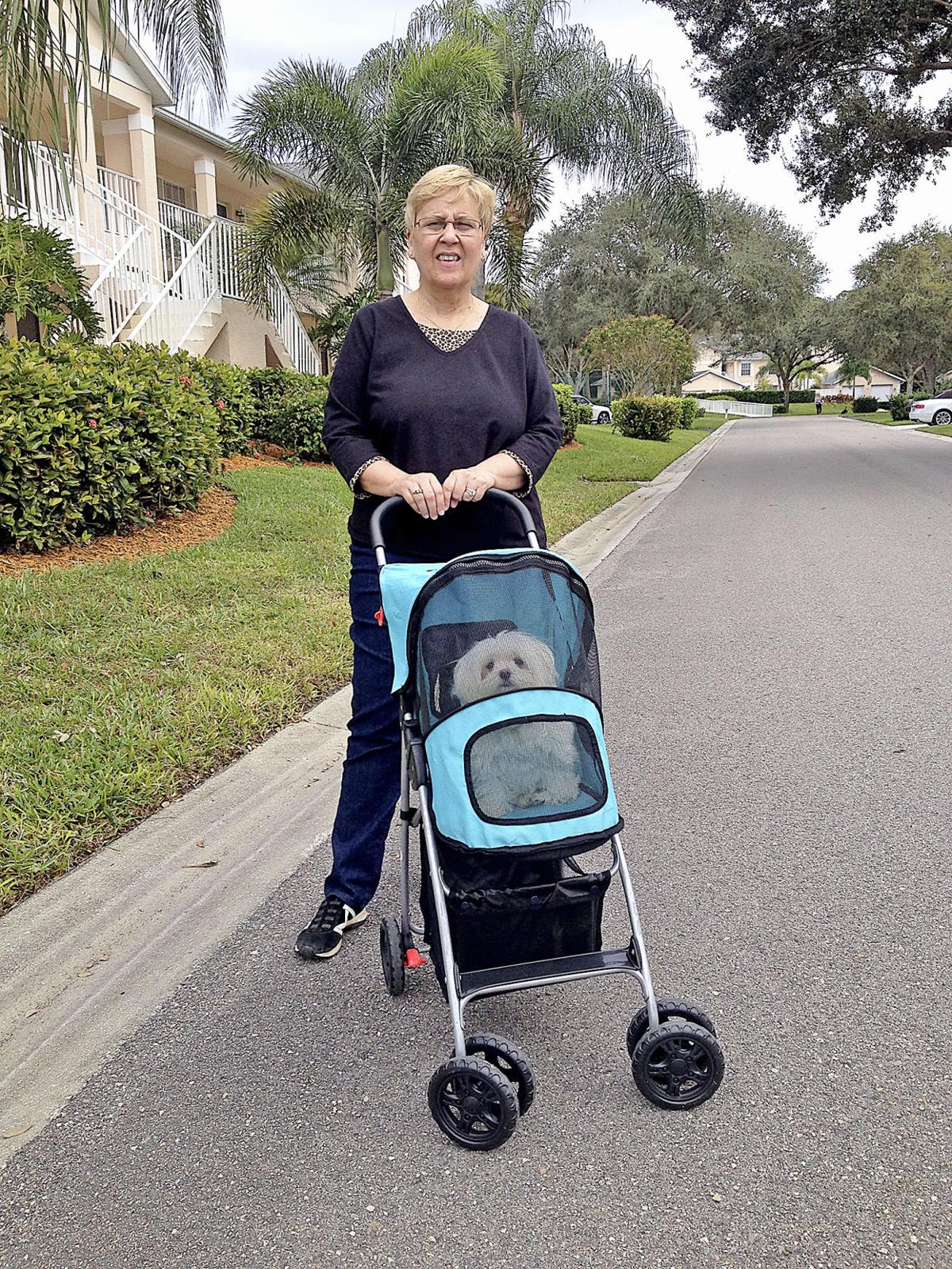 Washington resident Carol Tonsetic spends the winter in Naples, Fla., and keeps a spare stroller there for her dog, Chloe. 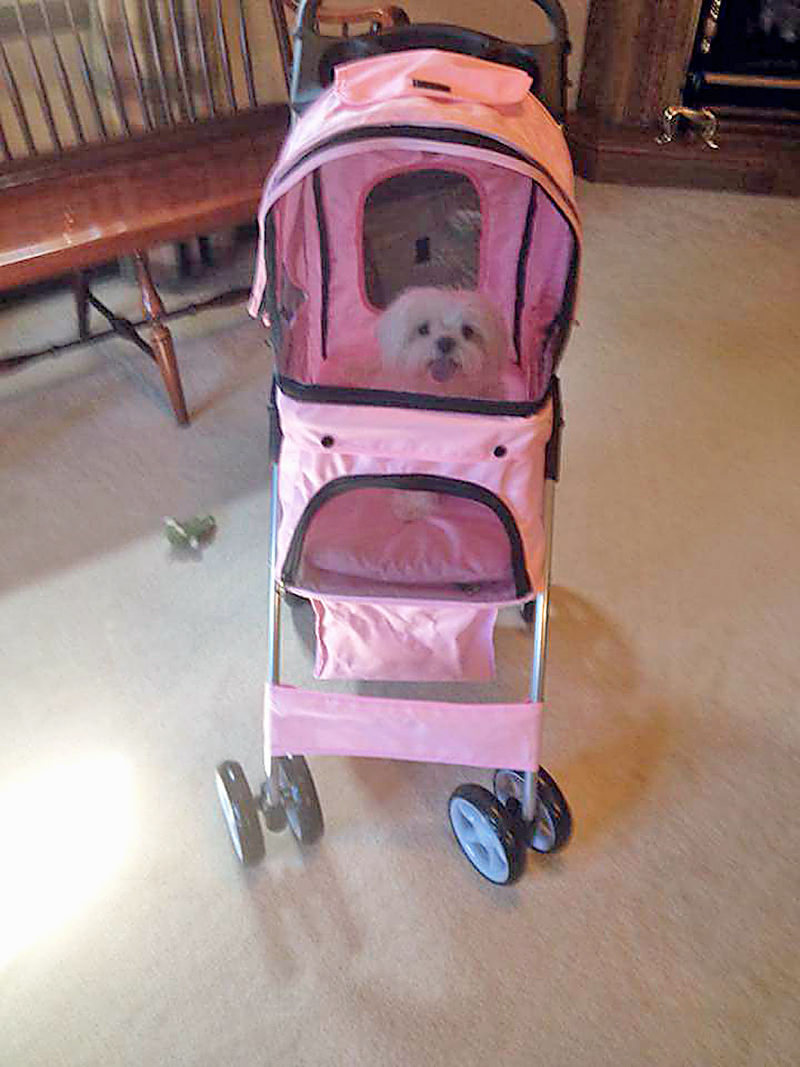 Chloe has another stroller, which Carol Tonsetic uses to push her around Tanger Outlets. 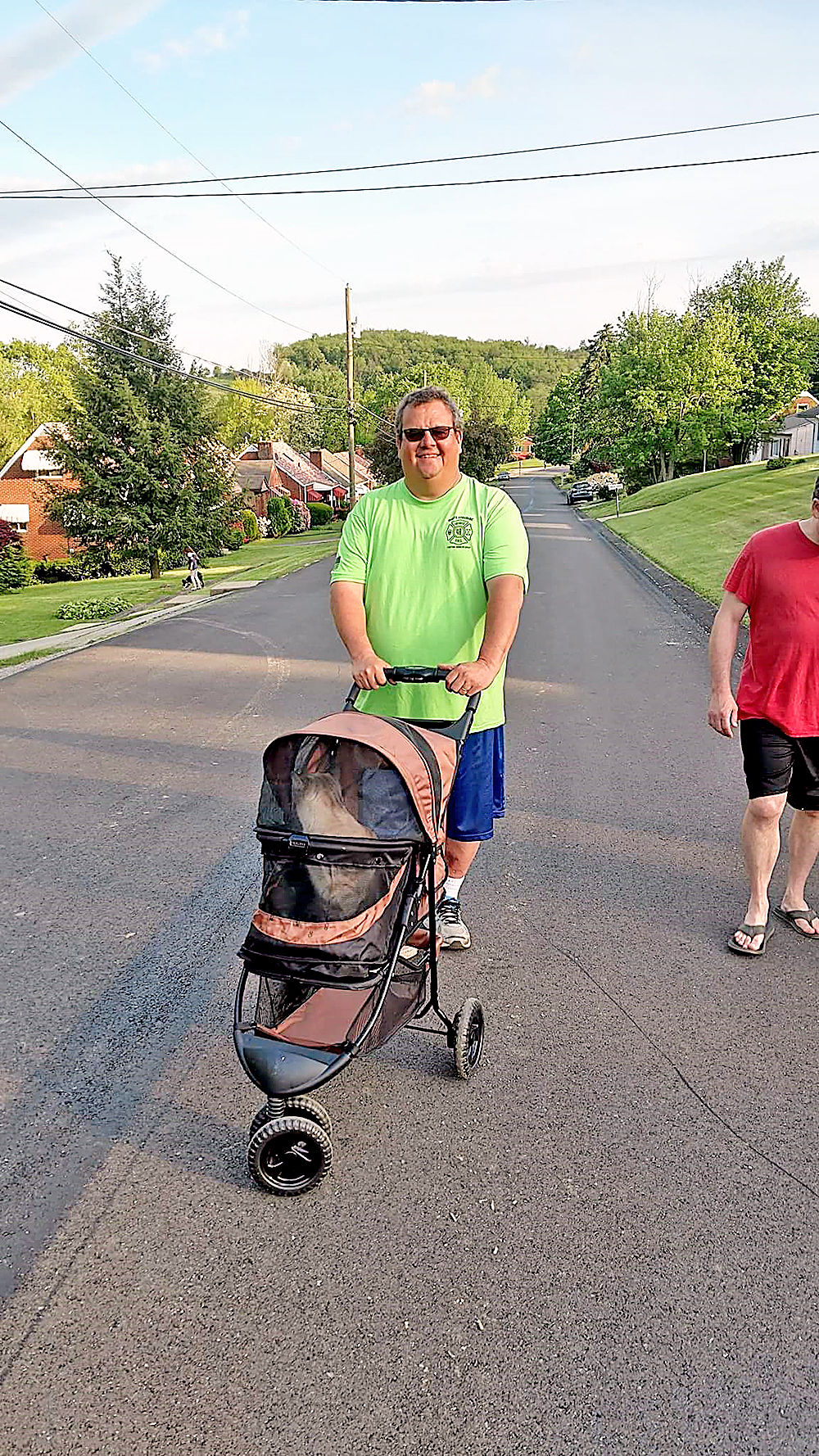 North Strabane resident Joey Wiszczor takes his cat for walks in a pet stroller. “I pull that thing out and he hears it and he’s waiting for me,” said Wiszczor. “He jumps in. It’s hysterical!” 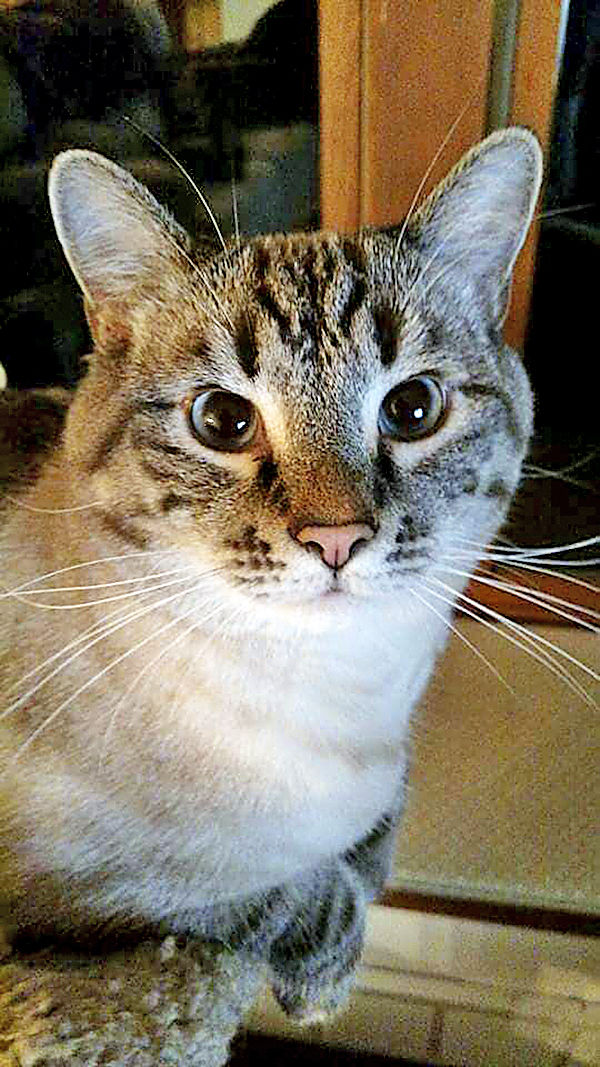 Marshmallow the cat enjoys riding in a pet stroller.

There’s a good chance you might run into Carol Tonsetic the next time you visit Tanger Outlets in North Strabane Township. The retired Washington resident just became a grandmother for the first time and she likes to shop and walk around the level, shady grounds.

You’ll likely see her pushing a stroller with Chloe inside. But Chloe isn’t her grandchild – she’s Carol’s nine-pound Maltese “fur baby” and she has her own pet stroller.

“Sometimes, we go up to Tanger because it’s shaded and nice and flat,” said Tonsetic. “I’ll take her and we’ll walk around and go into the stores up there, and I don’t think people even know it’s a dog in the stroller.”

Chloe even has a second stroller that Tonsetic keeps at her condominium in Naples, Fla., where they spend the winter.

While pet strollers may not be commonplace around every neighborhood, they’re surging in popularity nationwide and are the latest accessory for pampered pets. But pet stroller owners vow it’s not just a luxury or eccentricity – the strollers actually play a role in keeping their pets happy, safe and healthy.

“It’s so hot down there and she’s little, so it’s hard for her to walk,” Tonsetic said of her Florida home. “In our community, it’s nice to walk her in the stroller because they spray so many chemicals on the lawns, so we just put her in the stroller and walk around the neighborhood and take her everywhere we go. I think a lot of people don’t know if there’s a baby in there or what!”

Tonsetic took to the pet stroller idea early, buying one back in the early 2000s after seeing one online. She said Chloe, who is now seven, has an issue with one of her knees.

“She’s tiny and she can’t walk far,” Tonsetic explained. “Her little legs are short and it’s so hot in Florida.”

The strollers are a creative option for owners of small pets who want to tote them along without lugging a traditional pet carrier.

“The bag is heavy,” said Tonsetic. “Even if the dog is only eight or nine pounds, if you walk around shopping with that for a while, it gets heavy.”

Tonsetic said Chloe’s stroller is very light and cost around $40.

Pet strollers sell online anywhere from $30 to $300, depending on how fancy they are. Manufacturers say they’re designed for animals that aren’t large enough to walk long distances on their own or who don’t enjoy walking, and provide a safe, enclosed area.

“You can have it right there so they can see you,” added Tonsetic. “She loves it. She doesn’t try to get out, she just lays in there and takes in all the sights.”

Tonsetic also likes the idea that Chloe is protected from larger dogs who may not be on a leash.

Joey Wiszczor also believes the stroller protects his pet from other dogs and animals. The difference is that the North Strabane Township resident uses the pet stroller for his cat, Marshmallow.

“I pull that thing out and he hears it and he’s waiting for me,” laughed Wiszczor. “He jumps in. It’s hysterical!”

Wiszczor said the idea behind using a pet stroller is to get his indoor cat outdoors sometimes without him getting hurt.

“You don’t want him walking around,” he said. “He’s secure and he likes to look around. If there are dogs, he doesn’t care. He just sits there and looks at them.”

“He didn’t like that thing at all,” he said. “He just sort of sat there and plopped over.”

When Wiszczor saw pet strollers online, he found a local store that sells them and checked them out in person. He took it home and let Marshmallow and his other cat, Mattie, investigate it.

“I let him scope it out and he sniffed it,” said Wiszczor.

While Marshmallow jumped right inside, Mattie didn’t want anything to do with it and still doesn’t ride in the stroller. When Wiszczor goes for a walk now, he takes Marshmallow with him for a short spin.

“I’m right now graduating to two times around the block,” said Wiszczor. “The first time, it was warm and he was panting. It was a little hot.”

While the sight of a man pushing a stroller is common what people find inside is anything but – and Wiszczor said that’s led to some humorous encounters.

“The first day I brought it out, I was two houses up and this lady ran out and yelled, ‘Oh, Joey, you guys adopted!’ I said, ‘No! It’s just a cat!”

Wiszczor said that his wife just shakes her head and walks behind him.

“She said she doesn’t want to be seen with me walking that thing up the road.”

The volunteer firefighter said his buddies on the squad tease him good-naturedly but incessantly.

“There are two guys who live up the street from me who tease me all the time, ‘There’s Joe walkin’ his cat again!’” Still, he and Marshmallow take it in stride and happily continue their neighborhood strolls.

As for how Tonsetic and Chloe are going to handle the issue of adding a grandchild to their outings has yet to be determined.

“Most people come up to me and just make all over her and say how cute it is,” said Tonsetic. “Most people who stop have little dogs, too.”

But how will she handle the baby and Chloe at the same time? Will she push two strollers at once or will she and her husband will each take one?

“We haven’t done that yet,” she laughed, “but if we go somewhere, we probably will!”