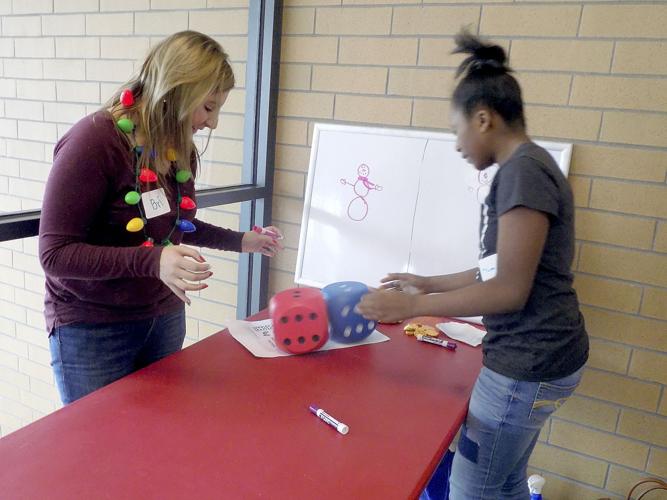 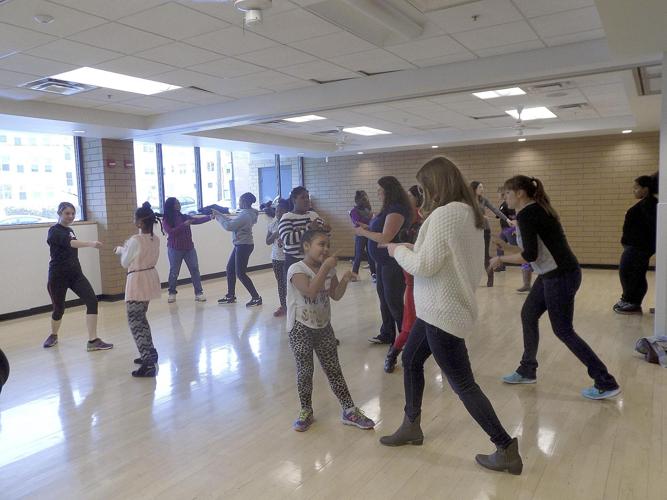 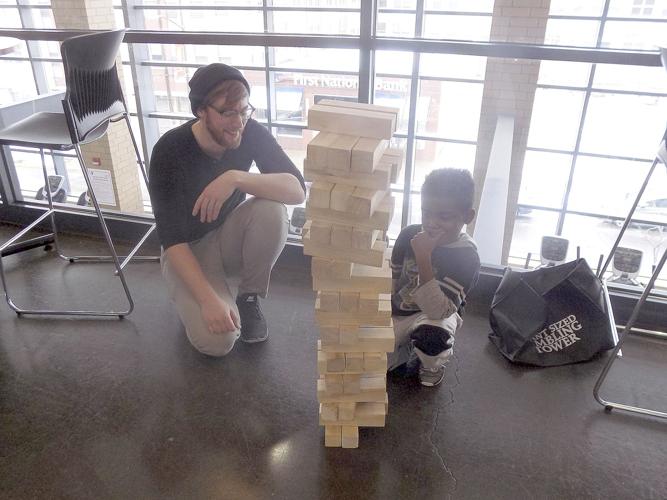 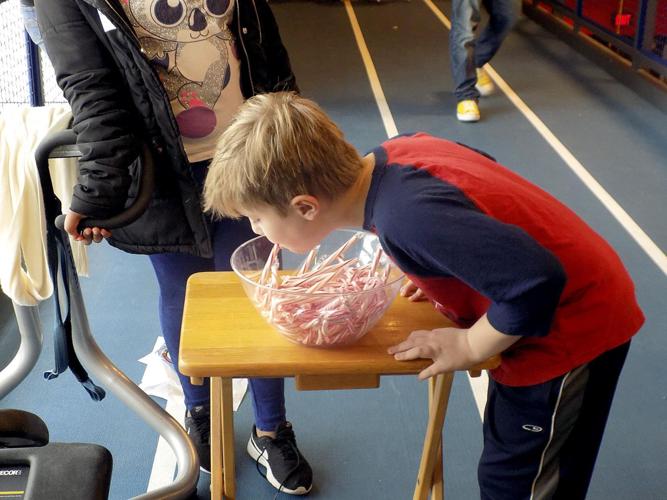 One Little Brother got competitive during the Candy Cane Pileup, in which participants had to use one large candy cane to hook smaller candy canes in the bowl. They each had to hook and move five candy canes into the other bowl to win the contest.

One Little Brother got competitive during the Candy Cane Pileup, in which participants had to use one large candy cane to hook smaller candy canes in the bowl. They each had to hook and move five candy canes into the other bowl to win the contest.

Justin Dandoy of Carnegie knew he wanted to be a Big Brother when he was a student at Clarion University of Pennsylvania.

So, when he was named director of community engagement at Washington & Jefferson College, the timing couldn’t have been better.

In October 2014, Dandoy was matched with a 12-year-old boy, and the relationship Dandoy and his Little Brother, Deitrick, have cultivated since then has been very special.

Unfortunately, there is a serious shortage of volunteers, prompting Big Brothers Big Sisters to issue a plea for help.

“I would describe it as critical,” said Jan Glick, CEO of BBBS of Greater Pittsburgh. “We have over 200 children on the waiting list.”

Although the majority of those children reside in Allegheny County, the number includes 45 or so children who reside in Washington and Greene counties. Last year, BBBS served more than 1,400 children; this year, the number will rise to 1,490. “Women are more prolific than men, so there is a bigger need for men. We’ve always had some challenges with men, but not as much as now,” said Glick, citing both work and family obligations among the reasons for the decreasing number of volunteers.

“Everything is busier, and people are finding it’s harder to find the time,” Glick said. “But it’s not about being a Disney Dad. It’s just about being together and the relationship.”

Big Brothers Big Sisters of Greater Pittsburgh was founded in 1965, originally to provide roles models for boys only in Allegheny County. In 1973, BBBS brought girls into the program, before expanding to Washington County in 1996, then to Greene County in 2002. Today, the organization offers multiple programs, giving volunteers some flexibility with their time.

For example, through BBBS’ site-based program, Bigs can volunteer as little as one hour per week in a child’s afterschool program. Activities might include playing games or doing homework.

The community-based program is more involved, requiring Bigs to spend three to five hours twice a month with their Littles. That time could be spent bowling, or merely watching a Steelers game.

“They end up really enjoying it and enjoying the time,” Glick said. “They end up spending more time rather than less time together.”

That was the case with Dandoy and Deitrick, who sometimes get together once a week.

But Dandoy is more than just Deitrick’s Big Brother. He also serves on the board of the Washington County advisory board for BBBS and is the college liaison for the site-based program at two local elementary schools, where W&J students serve as Bigs.

In addition, Dandoy is trying to increase the presence of a community-based program in Washington County, and earlier this year received an award at the Pittsburgh Service Summit for being a rising star for service in Western Pennsylvania.

Dandoy’s wife, Correy, also is active with the organization, serving as a Big Sister and supporting Bigs at Carnegie-Mellon University, where she is employed.

“We have quite a few couples who are involved,” Glick said. “Some do a couple’s match, and some are matched individually.”

BBBS begins to match children at age 6, and will continue to try to find a match until the child reaches age 13.

Once a match is made, BBBS tracks each one on a regular basis. Every month, a member of the staff will contact the Big, Little and parent or guardian to guage how the relationship is progressing.

“It helps us see what’s actually going on with the match, and if there are some concerns,” Glick said. “We track grades and look at behaviors. The longer the match, the stronger the outcome.”

To volunteer with Big Brothers Big Sisters, visit the BBBS website, www.bbbspgh.org, or call the Pittsburgh office at 412-363-6100.