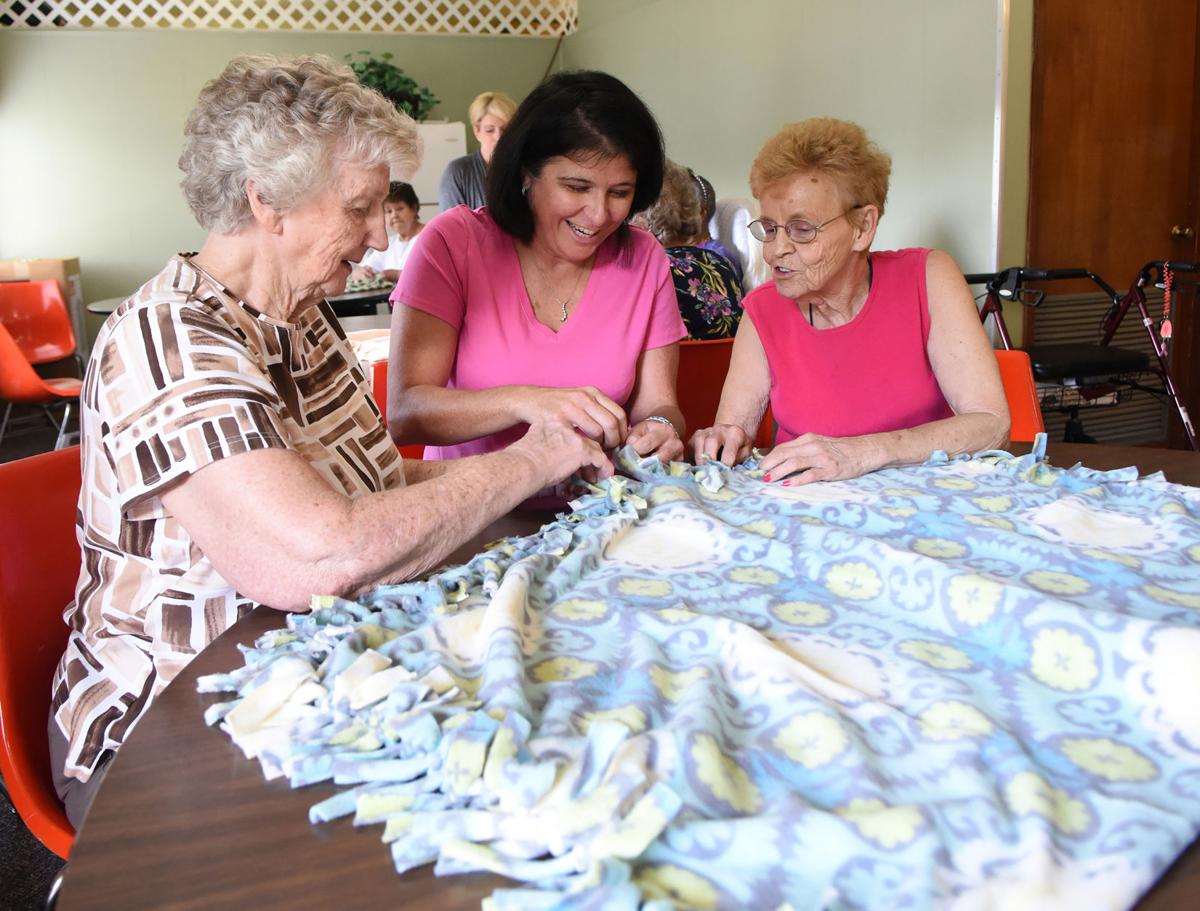 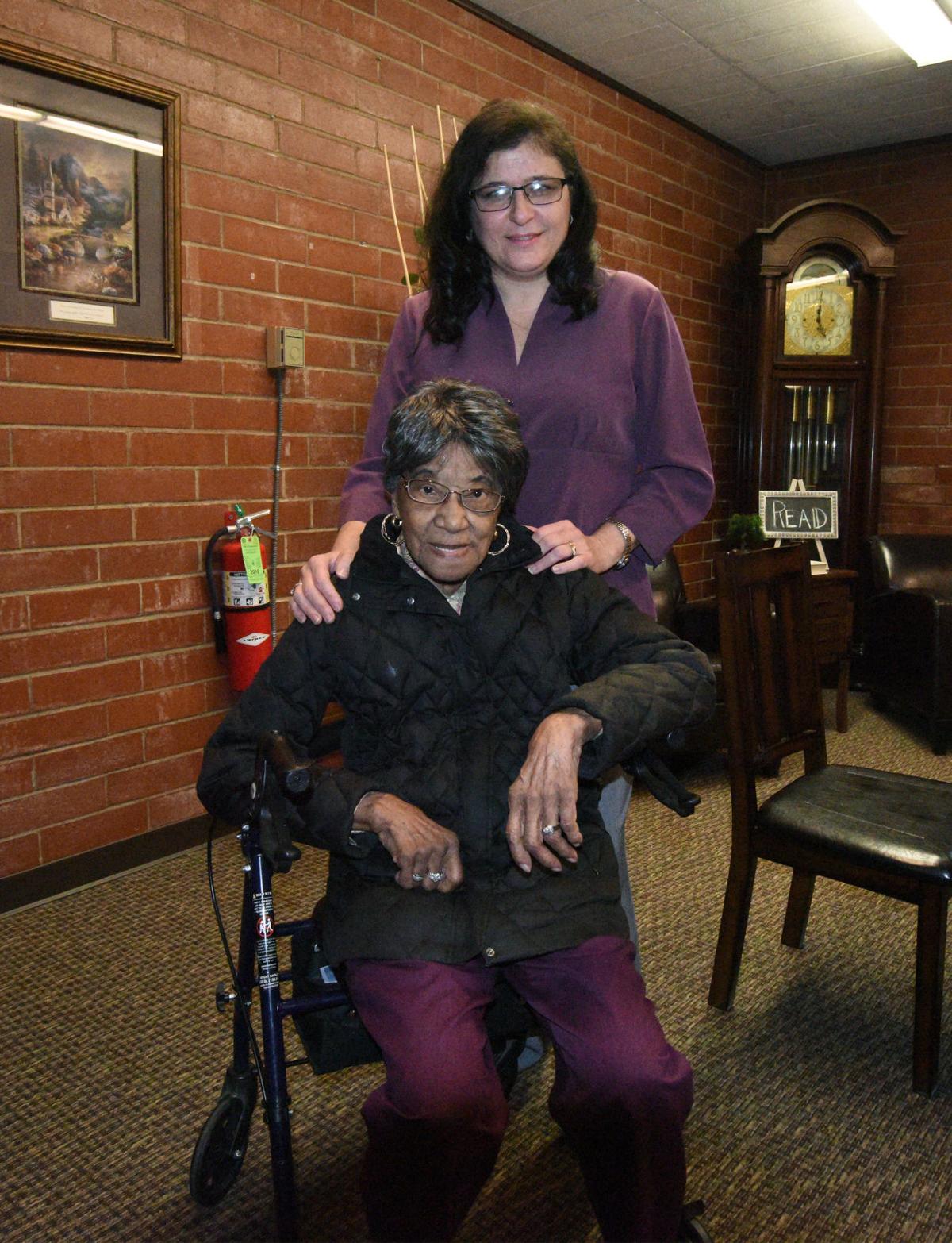 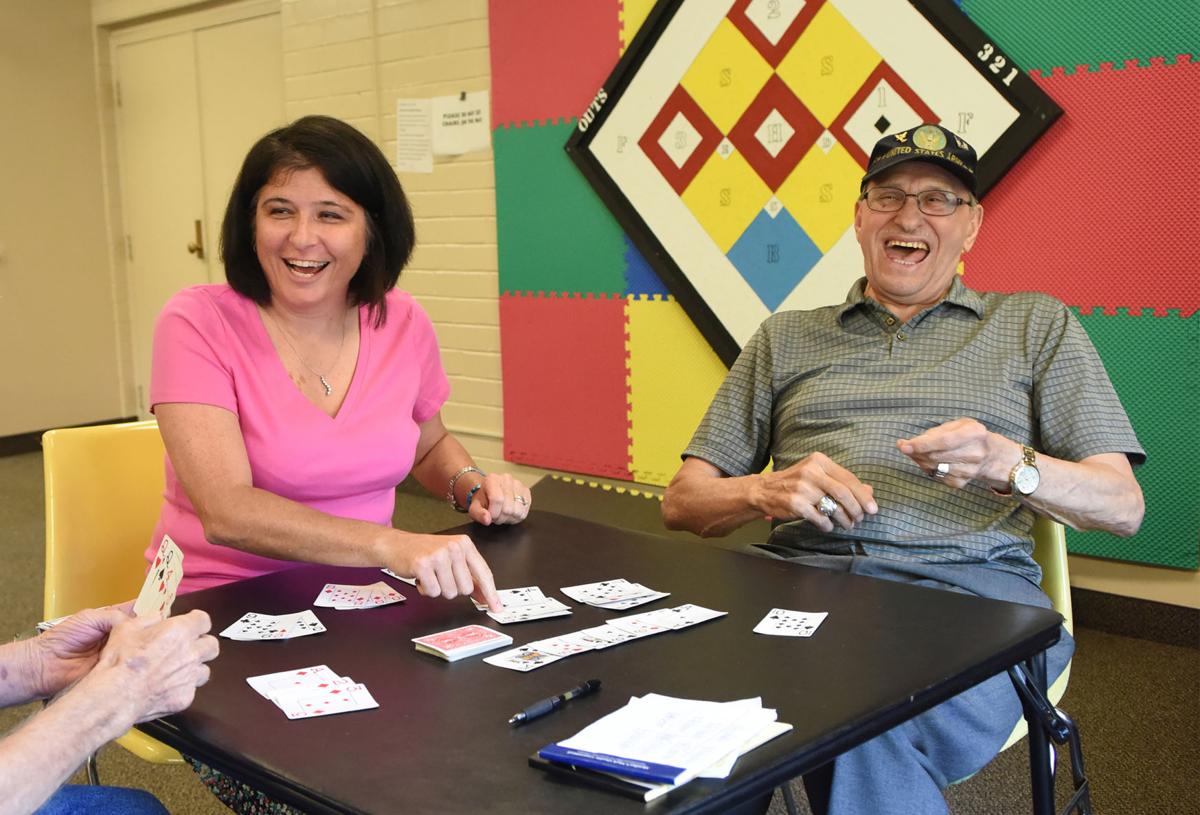 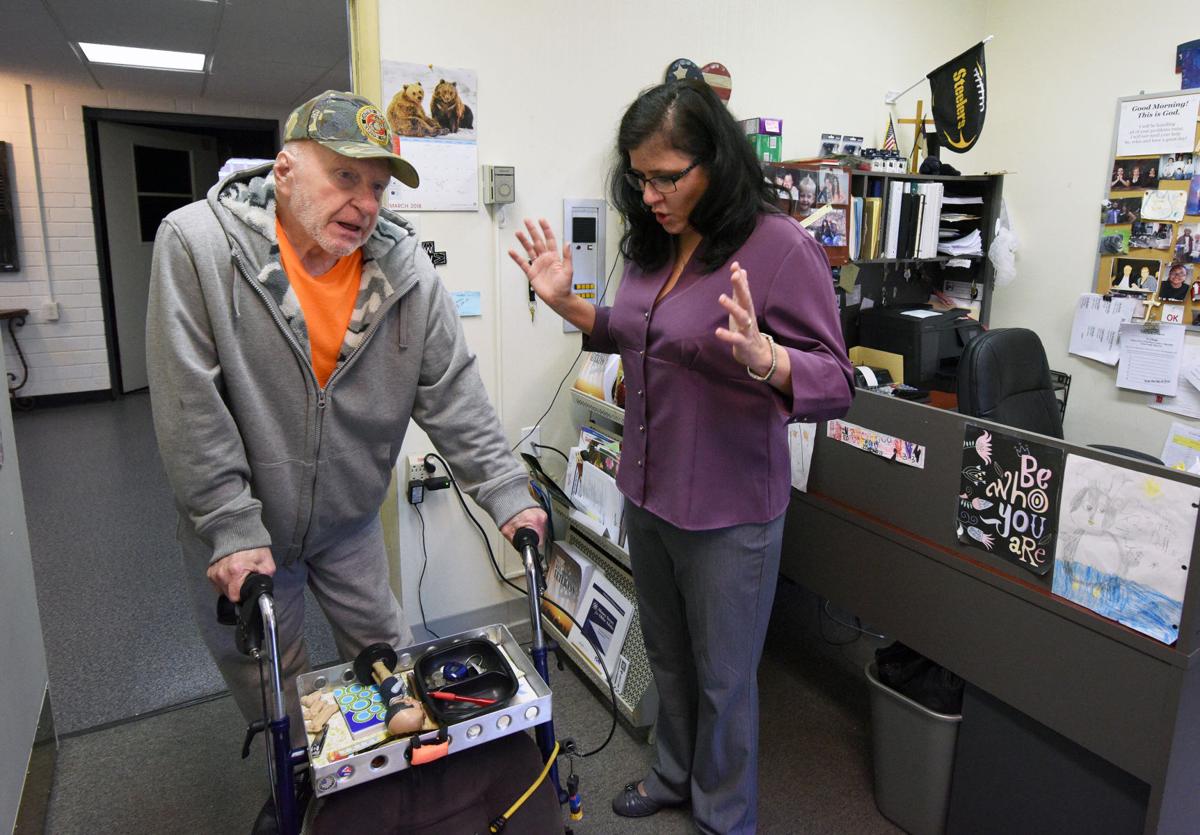 For 22 years, Sushel has served as director of supportive services at the Thomas Campbell Christian Center, which provides affordable housing for about 225 low- and moderate-income elderly or adults with disabilities. During the week, people steadily pass through her door at the center. On a recent morning, 98-year-old resident Lucille Brown was just leaving when a resident who drops in every day with candy for Sushel stopped by. While they were talking, a woman popped in to ask if Sushel could get her milk and bread at the store. Sushel assured her she would take care of it.

“She’s the nicest person you’d ever want to know. No matter what you have or what she has to do, she takes the time to listen to what you’re doing, and she never turns anybody back,” Brown said. “I pray to God he’ll take care of her because she takes good care of us.”

Sushel’s job is to connect residents with services and to implement programs and activities at the center.

But she spends much of her time time forging strong relationships with the seniors. The bulletin board in her office is covered with photographs of residents, and pictures of their children, grandchildren and great-grandchildren.

One photo taped to the wall shows the hands of Sushel and three residents overlapped – snapped during a breakfast outing – which Sushel has dubbed the “hands of friendship picture.”

Stacked on a shelf, awaiting pickup, are Girl Scout cookies that Sushel sold for the granddaughter of a resident.

The residents of the center love Sushel. And Sushel, they know, loves them.

“I love my job. I love the residents. I have personal relationships with a majority of them,” said Sushel, whose energy and enthusiasm are infectious. “I started in my 20s and I had, like, 200 extra grandparents. Now that I’m turning 50 this year, I have 200 extra parents. I feel blessed and quite fortunate. I don’t mean to sound cliche, but I’m here to serve the older adult population, and I’m just pleased to have the opportunity to do so. It’s quite satisfying.”

Sushel, a graduate of McGuffey High School and Mercyhurst College, where she earned a degree in English and secondary education, began her career at Humbert Lane in order to get health insurance to support her daughter. A short time later, Sushel was promoted to activity director.

She joined the staff at Thomas Campbell in 1996, and “I’ve been here ever since,” she said.

Sushel also works in conjunction with the Southwestern Pennsylvania Area Agency on Aging, and coordinates a lunchtime meal program at Thomas Campbell that provides lunches six days a week for anyone over the age of 60. She also holds an annual ceremony to honor veterans who live in Thomas Campbell.

Said resident Sandy Arent, “Tracy is just an awesome person. She just does so much for this place. She goes above and beyond what she has to do. You can call her at home, if you need to. When she laughs, it’s uplifting. When she’s on vacation, it’s quiet and depressing.”

Sushel spent five years teaching a gerontology class at West Liberty University, where she shared her philosophy with students: “I’d tell my students that regardless of what circumstances a person finds himself ... they still have the opportunity to live the fullest life until their last breath.”

Kathryn Constantino, of the Area Agency on Aging, admires Sushel’s willingness to reach out to residents on a personal level.

“She goes beyond the professional position and truly gets to know the residents. She’s their go-to girl,” said Constantino. “She’s built those relationships and it’s a wonderful thing.”

Sushel, who has two daughters and a stepdaughter, is a Eucharistic minister and lector at Sacred Heart Church in Claysville, and she helps coordinate the CCD classes.

She said she feels humbled that people share details of their lives – good and bad – with her. Sushel recalled one happy story a woman told her: During World War II, the woman sent care packages to her husband, including a loaf of Italian bread that she hollowed out and hid a bottle of Southern Comfort in. Her husband’s unit was delighted with the packages.

“The night he came home, there was a bottle of Southern Comfort waiting for him. Their second child was born nine months later,” said Sushel, laughing. “I believe it was a God thing that led me to this job. I am quite blessed to be a part of their lives, and to do what I do.”

As part of the ExtraORdinary People award, Tracy Sushel will be given $500, underwritten by the Observer-Reporter and Range Resources, to donate to the charity of her choice. She has chosen the Alzheimer’s Association.