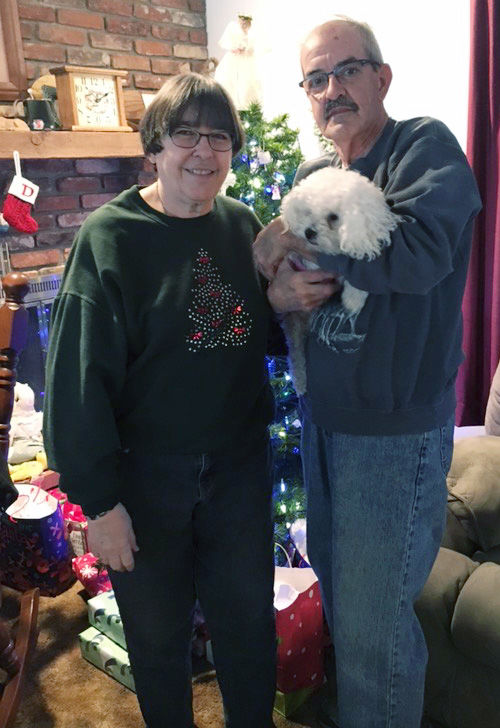 Anita Dulaney and her husband, Dave, with their adopted dog, Sophia 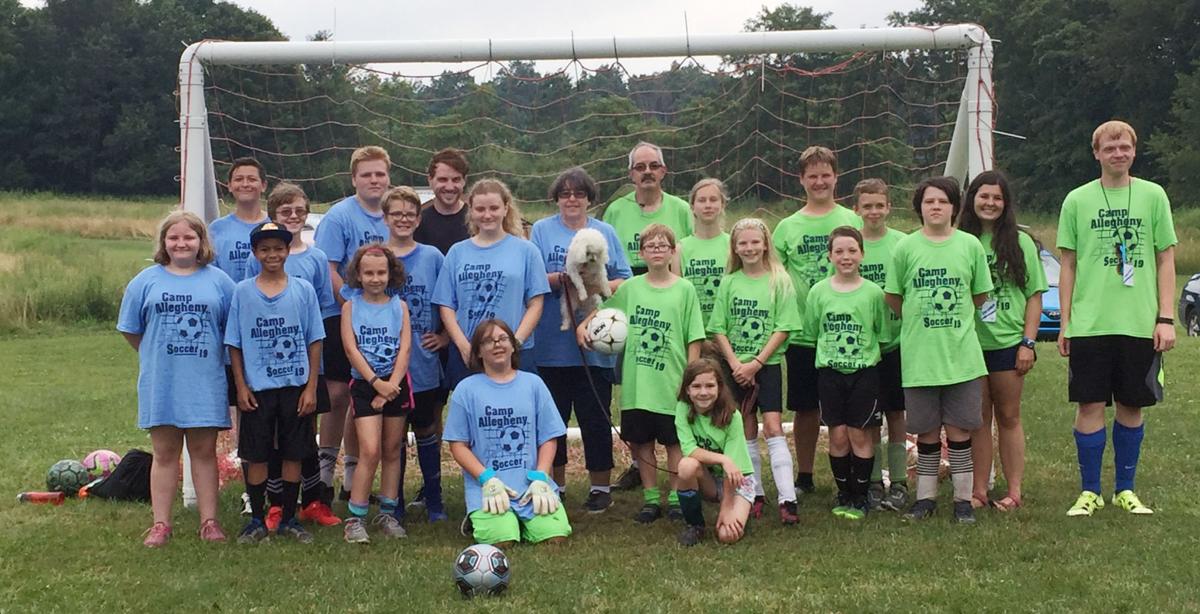 Anita Dulaney and her husband, Dave, have served as camp counselors at Camp Allegheny for 30 years. They organize a weeklong soccer camp. 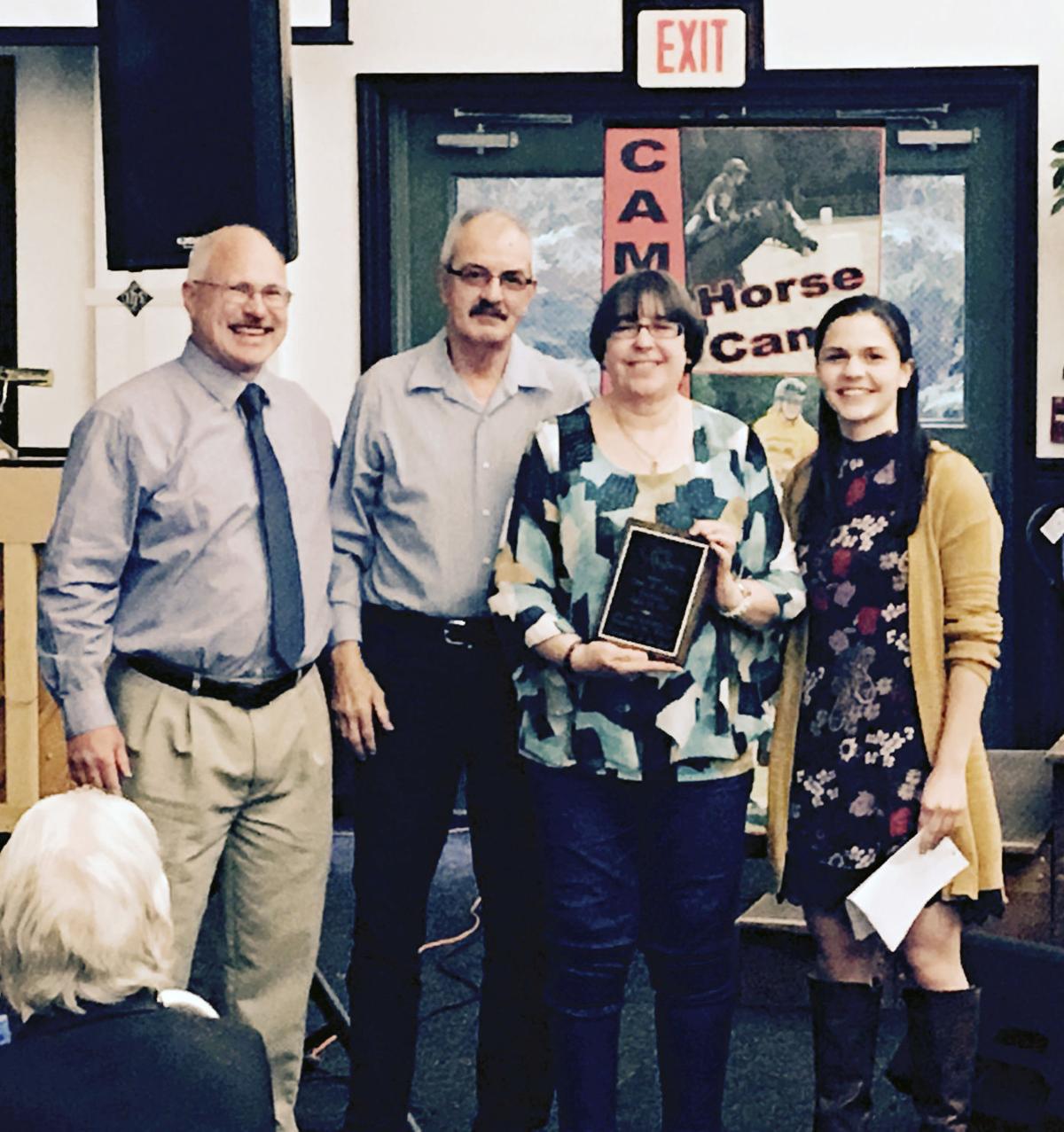 Anita and Dave Dulaney were awarded the Counselors of the Year award at Camp Allegheny. 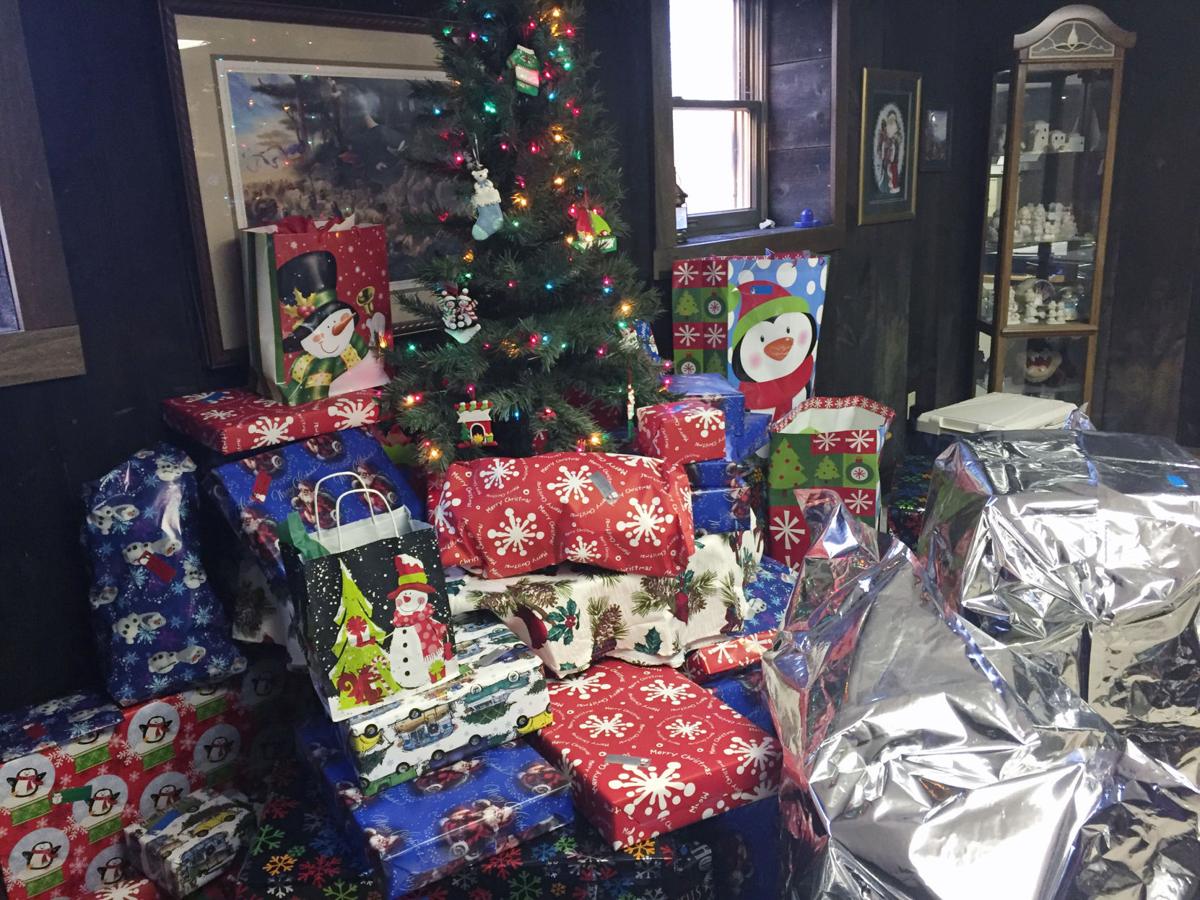 Anita Dulaney and her husband, Dave, with their adopted dog, Sophia

Anita Dulaney and her husband, Dave, have served as camp counselors at Camp Allegheny for 30 years. They organize a weeklong soccer camp.

Anita and Dave Dulaney were awarded the Counselors of the Year award at Camp Allegheny.

What the world needs now is love, sweet love.

Each year, Dulaney, 63, of Taylorstown, makes sure that kids in unfortunate situations have presents on Christmas.

“It makes me feel good that I can do this and have been able to continue to do it, My faith and God being with me through all of this has helped,” said Dulaney, who works at Washington Financial Bank in Washington.

Her mission began in 2005, when Hurricane Katrina struck New Orleans.

A woman with four adopted special needs children relocated to Washington from the devastated region, and she struggled to pay the rent while caring for her kids. She had no car.

“It was brought to my attention about two weeks before Christmas they had nothing to put under the tree. Could our youth group at (Jefferson Avenue United Methodist) Church pull together funds and buy things for the kids? So I called the mom, we got a list of things the kids liked, we put the word out, and people made donations. We went to Walmart and shopped, my husband and I wrapped the gifts, and on Christmas Eve we took the presents over and put them under the tree. It kept growing after that,” said Dulaney.

The project, informally called the Children’s Christmas Mission, was initially undertaken by the youth group, but Dulaney continued to provide presents even after the youth group folded. For the past few years, she has tackled the mission with her husband, Dave’s, help.

The mission, providing Christmas for children whose parents don’t have the means, is important to her.

“I didn’t want the mission taken away. I have friends, people I know who are grandparents, taking care of their grandchildren because their own kids are on drugs or in jail, and people depend on this,” said Dulaney. “I’ve had people cry and tell me if it wasn’t for this, their grandkids wouldn’t have Christmas.”

Each year, Dulaney and her husband collect gifts for anywhere between 35 and 96 children.

For her contribution to children in the community, Dulaney has been selected as the Observer-Reporter ExtraORdinary Person of the Month for June. Dulaney will make a $500 donation in her name and underwritten by the Washington Auto Mall and the O-R to Camp Allegheny.

“She is the most caring person I have ever met in my lifetime,” said Dianne Bednarski, a co-worker and friend of Dulaney’s. “She will give you the shirt off her back or her last dollar, even if it means she has to go without.”

She often spends her own money on gifts, but individuals and businesses have generously provided significant donations over the years.

“Every year I go overboard and spend a little more than I have money for, but I always think God will take care of it, and he does,” said Dulaney. “I’ve gotten donations at the times I’ve needed them.”

Dulaney said the stories of people who have needed help have touched her.

She recalled a customer at Washington Financial who came in to take out a home equity loan to pay bills. Her husband, she told Dulaney, had been diagnosed with terminal cancer and no longer worked, and they had two young children and were expecting a third.

Dulaney offered to provide Christmas presents for the children, but the woman declined.

She called the woman at Thanksgiving to see if she had changed her mind. The husband said he did not want to accept the offer, but thanked her.

“I said to them that there are times in our lives when we need help. And it’s true we all do, and we shouldn’t be afraid to accept help,” said Dulaney, who ended up purchasing gifts for the children.

Among the other people she has helped are families whose homes have burned down and couples who have lost their jobs.

Dulaney said she shops all year long, looking for sales and bargains. She tries to provide children with items they request.

In addition to the Christmas mission, Dulaney and her husband set aside one week of vacation in June to volunteer at Camp Allegheny, a Christian summer camp and retreat in the Laurel Highlands.

In 2017, the couple received the Volunteer of the Year Award from the camp, where they have volunteered for 30 years. The Dulaneys lead a soccer camp.

Dulaney sells candy bars at Walther’s Hill House Pizza shop in Washington in order to raise money to help children pay for the cost of camp.

Decades ago, the couple also took on a part-time job and placed the money they earned into an account to help cover camp tuition.

“Any kids who wanted to go on the retreat but didn’t have money to go, we paid for them. We didn’t tell them, and nobody knew where it came from,” said Dulaney. “I never wanted to turn away any child that might have a significant experience.”

She still keeps in touch with the kids who attended camp over the years.

Dulaney and her husband, who met at Bethlehem-Center High School, have been married for 44 years.

They don’t have children, but they do have a 7-year-old Bichon Frise, Sophia, they adopted six years ago from a friend of Dulaney’s who had suffered an accident and couldn’t care for the dog anymore.

Dave took Sophia to see the former owner every day at the long-term rehabilitation center, and they happily shared “joint custody.” Dulaney also visited daily and helped care for her friend. When her friend passed away last year, the Dulaneys kept Sophia.

Dulaney said she inherited her desire to help others from her mother.

“I thought I got it from my dad; he was so generous; he’d do without so we could have something, but I realized it was my mom. She was so giving and loving,” said Dulaney. “If somebody needed anything at all, she’d do it.”

Her mother cleaned homes for elderly neighbors and friends to help out, and she was famous for the homemade meatballs she made for funerals and other occasions.

“I never realized what a big heart she had,” said Dulaney. “I got my gift of gab from my father.”

With the loss of jobs created by the novel coronavirus, Dulaney thinks the need for assistance with Christmas shopping will increase this year.

In March, a mother called Dulaney to tell her she lost her job and didn’t have money for groceries.

So Dulaney headed to a grocery store and used $40 from her grocery budget to buy food and staples.

“I figured we can make it through, and God always provides,” said Dulaney. “I think it’s going to be a difficult year when it comes to Christmas,” she said. “But with God’s assistance, I will do what I can do.”