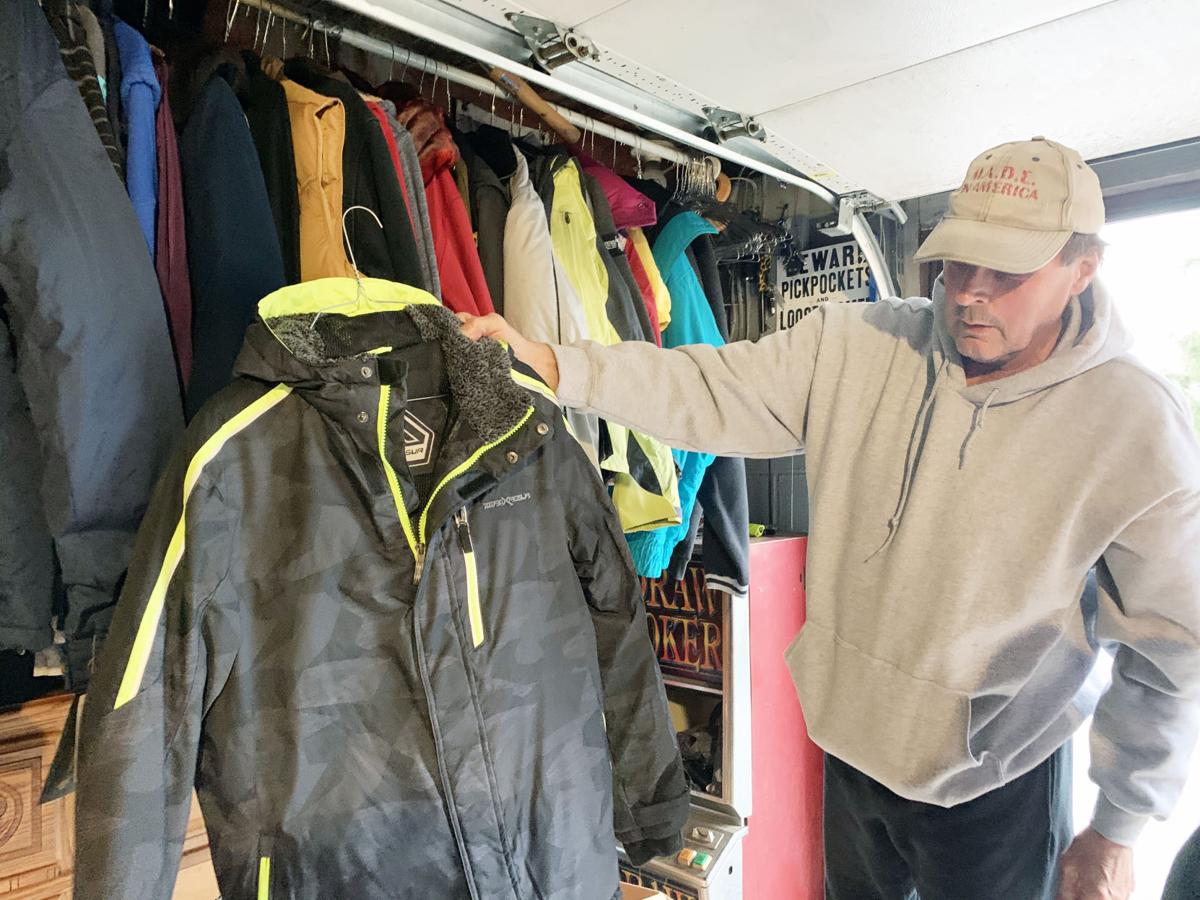 Mitzi Miller’s husband, Kenny, shows one of the hundreds of coats awaiting distribution to children and families in need. The Millers’ garage is filled with new and gently used jackets donated to Mitzi, who, with Kenny, delivers clothes, toys and essentials to people throughout local counties. 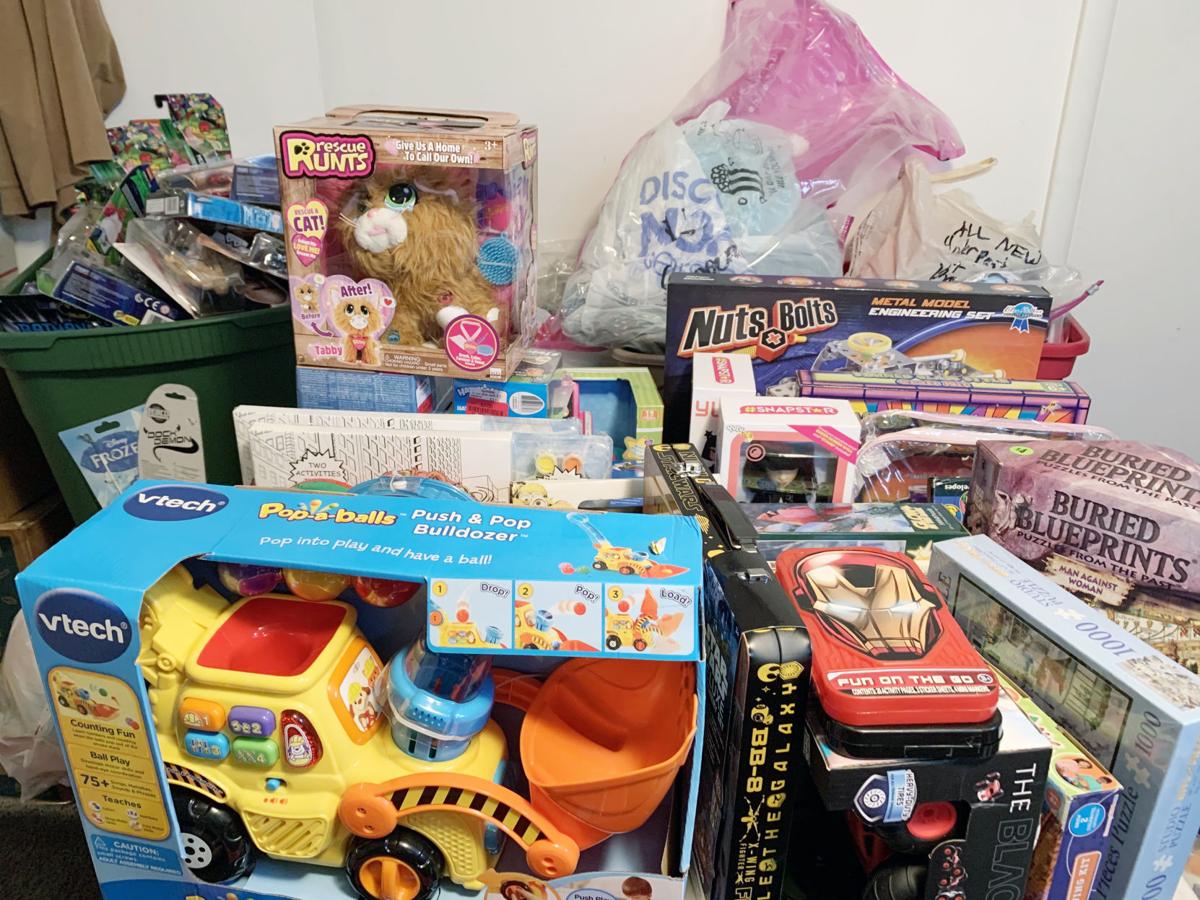 Some of the toys Mitzi Miller will distribute to children, many of whom are in the foster care system. 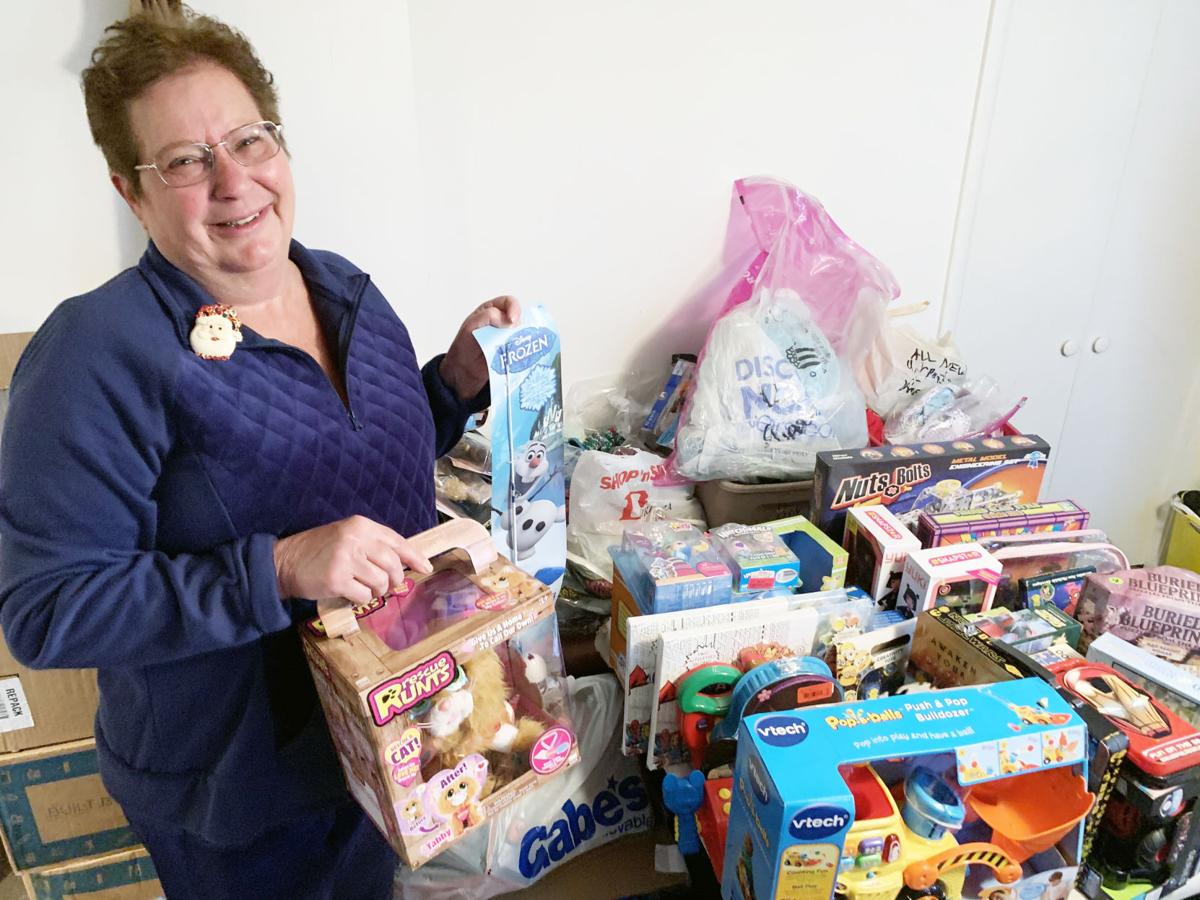 Mitzi Miller displays some of the toys that will be distributed to children, many of whom are in the foster care system. 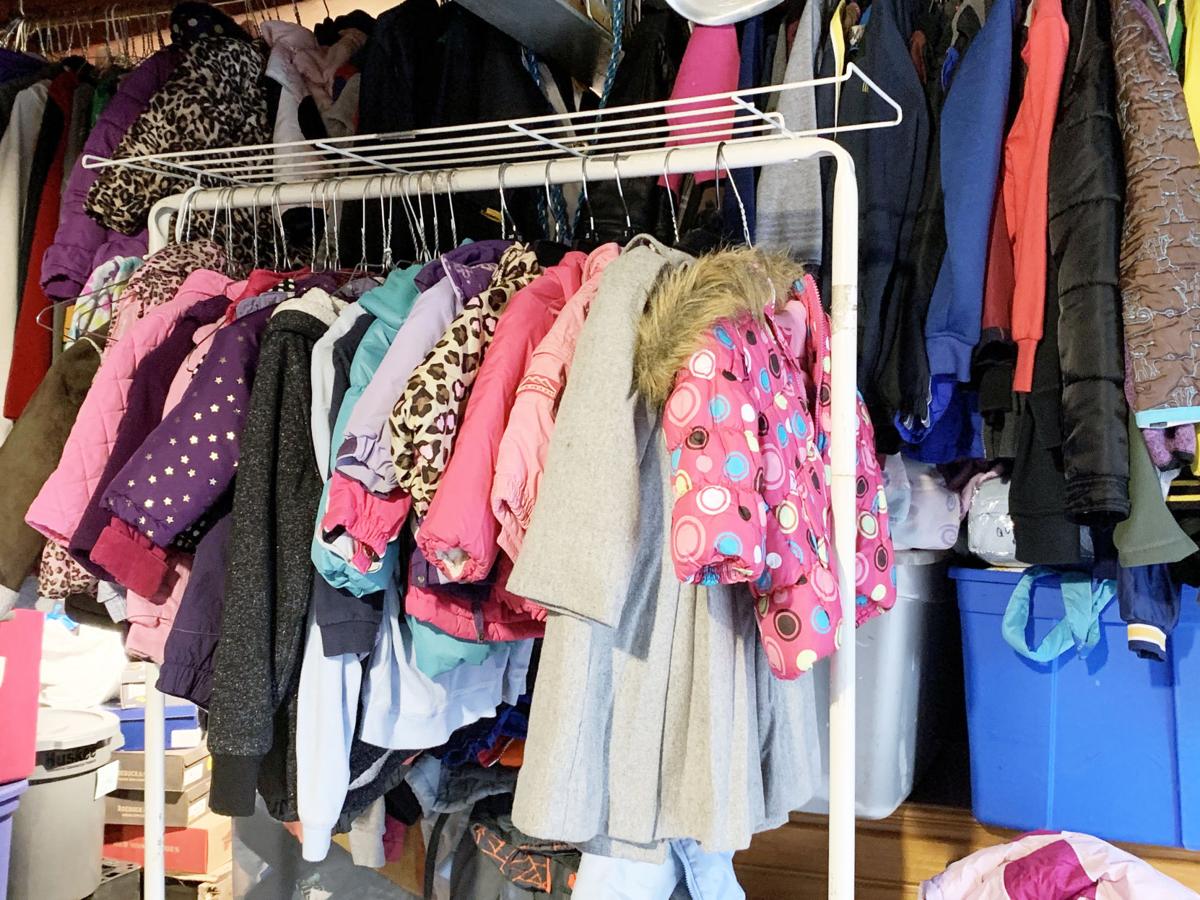 Mitzi Miller has been collecting clothing for children and families in need for the past 10 years.

Mitzi Miller’s husband, Kenny, shows one of the hundreds of coats awaiting distribution to children and families in need. The Millers’ garage is filled with new and gently used jackets donated to Mitzi, who, with Kenny, delivers clothes, toys and essentials to people throughout local counties.

Some of the toys Mitzi Miller will distribute to children, many of whom are in the foster care system.

Mitzi Miller displays some of the toys that will be distributed to children, many of whom are in the foster care system.

Mitzi Miller has been collecting clothing for children and families in need for the past 10 years.

It all started in a Washington County courtroom.

Mitzi Miller, who spent 10 years as a court-appointed special advocate (CASA) helping children caught in abusive or difficult situations in their home and the judicial system, remembers it well.

“I was at the Washington County Courthouse sitting in court one day when this little kid comes in, and he’s walking on the back of his shoes because his shoes are so small,” recalled Miller. “I sat there thinking, ‘I know a lady who has kids a little bigger than him. I’m going to see if she has any clothes.’”

Miller couldn’t stop noticing children wearing clothes they had outgrown, or coming to court in the winter without heavy coats or warm clothing.

So, she started collecting clothing for children in the foster care system. And she never stopped.

“It went from helping a little boy get clothes to this,” said Miller, waving her hands expansively in the basement of her Bentleyville home, which is filled with new and gently used coats, clothes, toys, and toiletries.

Over the past 10 years, Miller has distributed essential supplies to thousands of foster kids and their caregivers, and families in need.

For her efforts to care for struggling children and families, Miller has been selected as the Observer-Reporter’s ExtraORdinary People awardee for December. The award is given to people who have made a positive impact on their community.

“I don’t think I’m very extraordinary. To me, I’m just filling a need,” said Miller. “Every kid deserves clean clothes that fit, and they should have pride and be able to walk into school with clean new socks and underwear. Every kid deserves a new toy.”

Miller has declined to apply for 501c3 nonprofit status, so she relies on a network of donors.

A steady stream of donations comes in throughout the year: 44 unopened T-shirts from an estate sale; 50 pairs of children’s high-top tennis shoes from a department store closing; new underwear from Holy Trinity Church’s Undie Sunday drive.

“I’m the town beggar,” Miller laughed. “But the worst thing that can happen is someone says no. People are amazing. I have numerous donors who shop all year-round for me, and I want to thank them.”

Miller sorts and organizes donations in bins and clothing racks that fill the rooms in her basement. Then she and her husband, Kenny – whom she said she couldn’t do her charity work without – load their truck to distribute the bags she assembles.

They travel throughout Washington, Greene, Fayette, and Westmoreland counties, into some rough areas where Kenny has told her, “You’re going to get yourself shot.”

But the work is Miller’s passion.

“I want to help people. You help people so that they can get on their feet,” said Miller. “I love doing this.”

“I will answer the phone any time. I’ve gotten calls at all hours of the day and night,” said Miller.

She has gone on vacation, and upon her return, will find clothes and donations piled on a table in front of her garage.

Terrie Vietmeier of Allegheny County met Miller seven years ago, when she became a foster parent for four siblings for whom Miller was a CASA.

Vietmeier went on to adopt three of the children, and said Miller “went above and beyond what she was required to do as a CASA.”

Vietmeier recounted how the children arrived with nothing but the clothes on their backs, and noted that Miller brought bags and bags of clothing and essential supplies.

“She was in touch with us daily, making sure we were getting all the care we needed for the kids, and helping us jump through hurdles we encountered,” said Vietmeier.

Miller also provided Vietmeier and the children emotional support during challenging circumstances, sitting with them for hours.

“She was always there for us. She will always be a hero to me and my children,” said Vietmeier.

Children and Youth Services caseworkers frequently call Miller with lists of clothing, toiletries and toys they need for children, and Miller springs into action.

Her son, Kacey, 24, was born prematurely and weighed 1 pound 8 ounces at birth. He suffers from mild cerebral palsy and seizures, and has undergone several surgeries over the years.

Miller left her job managing a clothing boutique to care for Kacey shortly after his birth. Kacey now helps with his mother’s charitable endeavor.

Miller has no intention of slowing down.

“I worry about what will happen when I no longer can do this,” said Miller, recounting how she and Kenny once drove through a snowstorm to a home in Atlasburg to deliver bicycles and toys for Christmas.

“The woman had six kids, and we went while they were in school. She was sitting on the porch, it’s pouring down snow, and when Kenny took the bikes out she tried to help. She was grabbing hold of him, hugging him, crying, saying she wouldn’t have had anything for her kids if we hadn’t brought it,” said Miller. “That’s why I do it.”

As part of the ExtraOrdinary People award, the recipient will receive $500, underwritten by the Observer-Reporter and Washington Auto Mall, to donate to the charity of his or her choice. Mitzi Miller has selected Bentworth Blessings, to help cover lunch debt for students at higher levels of need.