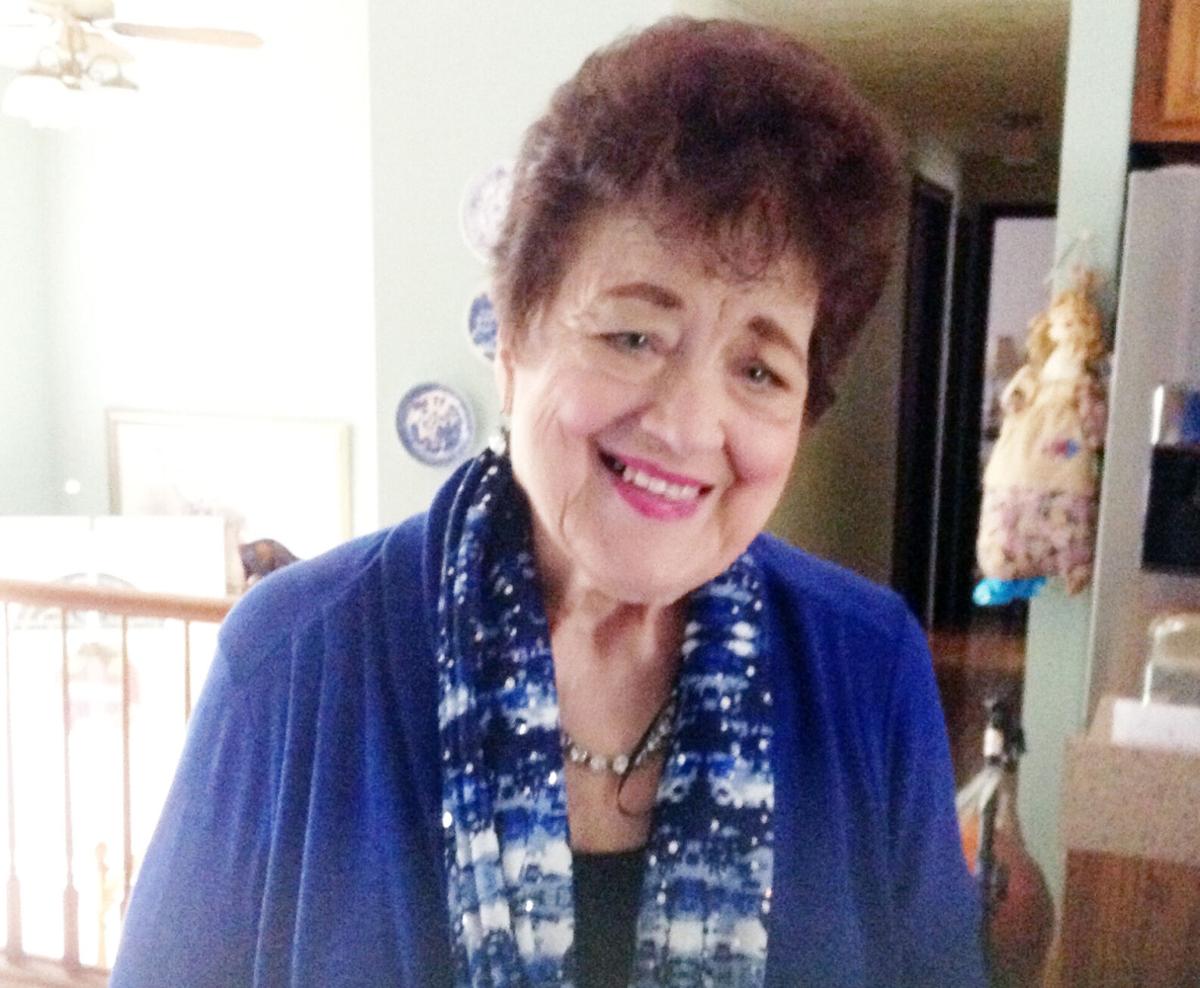 Jeanne Allender has been named the Observer-Reporter’s ExtraORdinary Person for the month of July. 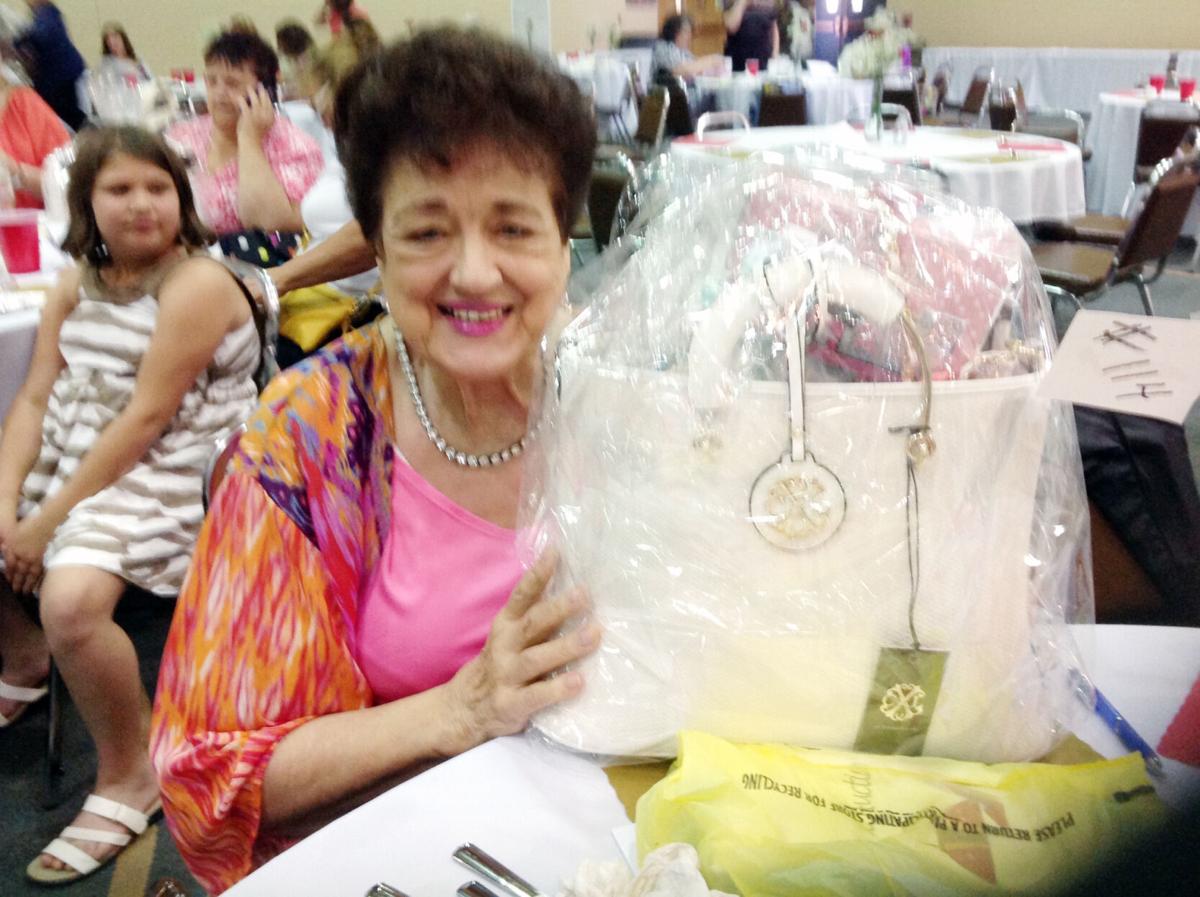 Jeanne Allender poses with a purse at the Washington Christian Outreach purse auction. 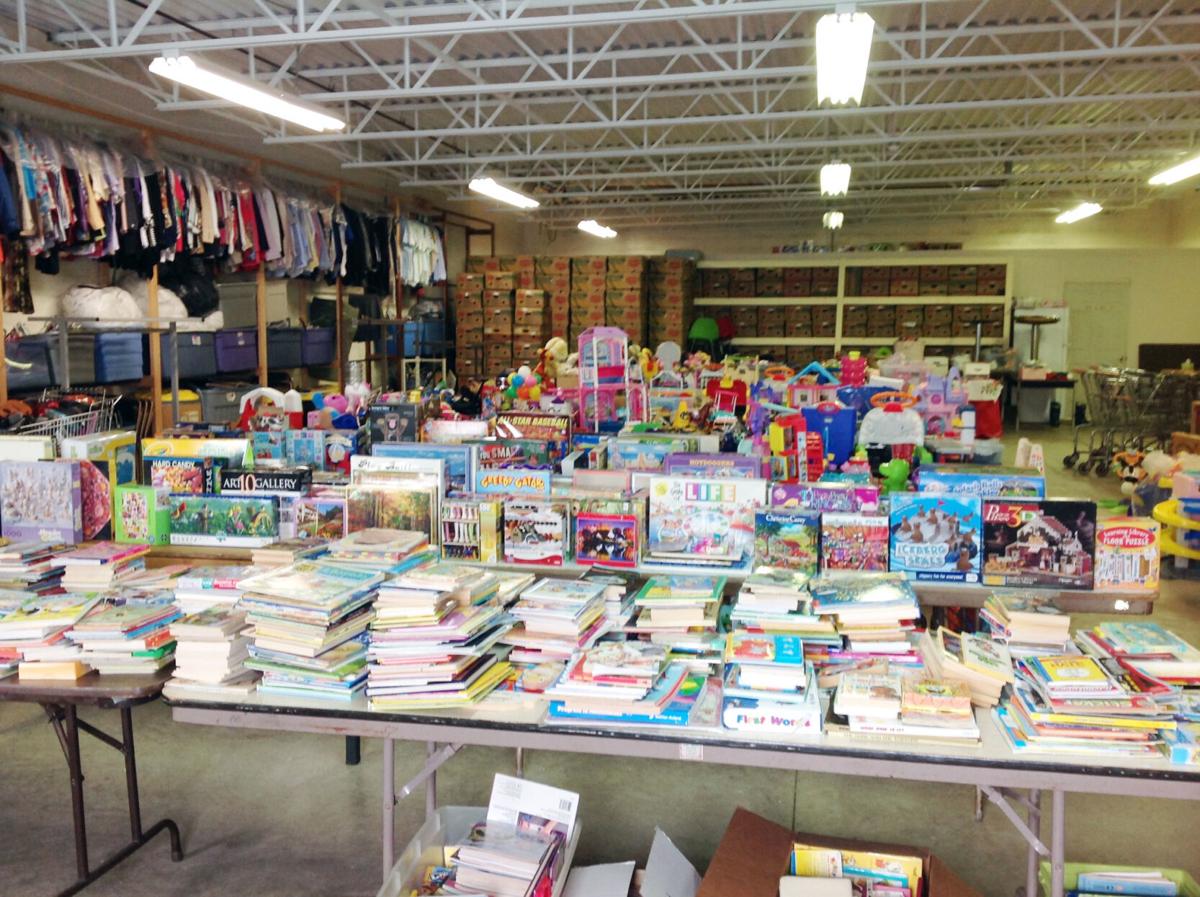 Washington Christian Outreach helps distribute many different types of items to those in need across the region.

Jeanne Allender has been named the Observer-Reporter’s ExtraORdinary Person for the month of July.

Jeanne Allender poses with a purse at the Washington Christian Outreach purse auction.

Washington Christian Outreach helps distribute many different types of items to those in need across the region.

Jeanne Allender knew from the time she was a young girl that she wanted to help people in need.

Her Italian grandmother, who constantly cooked for family, friends and neighbors, taught her an important life lesson.

“She taught me how to give without ever receiving back,” said Allender. “She practically raised me, and it’s the best gift she could have given me for my mission.”

Her mission is Washington Christian Outreach, a nonprofit Allender founded 42 years ago that feeds the hungry and clothes the poor, and nurtures their spiritual needs.

The outreach closed down for two weeks at the start of the COVID-19 pandemic, but since then has continued to serve a free lunch six days a week to at least 135 people. She plans to continue to care for those in need during the pandemic.

“Our hearts are for the poor and the needy. I kept saying, ‘Lord, this is what we do. We feed people in a time of crisis. And that’s what we’ve been able to continue to do.”

Each year, Allender and her volunteers touch the lives of about 14,000 people through the outreach’s programs.

In addition to serving daily meals, the outreach serves Thanksgiving dinner, prepares and distributes Easter baskets to children, collects and gives Christmas gifts to kids, and operates a Coats for Kids program, Shoes for Kids program, and Blessings in a Backpack.

And, five days a week, the outreach offers a sermon by local ministers.

“The Lord says feed the people. We’re there to minister love and salvation to God’s people,” said Allender. “The bottom line is to lead people to Jesus.”

For her contributions to those in need in the community, Allender has been honored as the Observer-Reporter’s ExtraOrdinary Person for the month of July. A $500 donation underwritten by Washington Auto Mall and the newspaper, will be made to a charity of her choice in her name.

At least three days a week, Allender, now 85, heads to her small office inside the converted Sheetz building on Highland Avenue in Washington that she purchased, with donations and a loan in the early 1990s, to meet with people who drop by the outreach and to work with volunteers on the organization’s programs.

“I call it’s God’s building,” she said, noting the owner, moved by her mission, sold the building to the outreach for half price.

Allender said she got the idea to launch the ministry from a women’s Bible group she hosted in the 1970s. She and her friends began running errands, completing odd jobs, and cooking meals for people in need. Soon, people began donating clothes to Allender, which she kept in the back of her car and distributed to churches.

Clothes continued to accumulate in her car trunk and in the basement of her home, where she hung them on racks. After about five years, Allender moved her clothing ministry into a room in a local church.

The church purchased a small garage for Allender’s ever-expanding ministry, and after outgrowing the building, Allender raised the funds and took out a loan to buy the former gas station where the ministry is now located.

Inside the building are a kitchen, large cafeteria, a stocked pantry, the clothing store – and unconditional love.

Allender is proud that the outreach has touched and changed people’s lives. Some have turned their lives around; others have been able to get by because of the services provided.

“No matter what, I love them all. That’s what God tells us to do,” said Allender, who became an ordained minister in 1990. “And we’ve had people get saved – and I’ve probably dedicated more than 100 babies, and ministers have dedicated other babies. This has grown into a beautiful ministry.”

And, she said laughing, she still carries around clothes in the trunk of her car to distribute to people in need.

Allender credits the outreach’s growth to the Lord, a faithful group of volunteers, and her husband of nearly 68 years, Clarence.

Allender was a stay-at-home mom until she began her ministry.

“After I got into the ministry, I loved it. I love what I’m doing and I thank the Lord for choosing me, even though I’m foolish,” said Allender. “God had a plan for me, and I always say, to God be the glory.”

Helicke said her mother has “been an extraordinary example her entire life.”

“She’s a gem. I look at the world today, and for as long as I can recall, ever since my earliest years, she has been leading us in the right way, and has always been so giving and caring.”

With her eye on the future of the outreach, Allender said she wants to enlarge the kitchen and the show room that contains the clothes store.

Last year, Allender was diagnosed with an aggressive form of cancer, but underwent chemotherapy and radiation, and is cancer-free.

“God has been so good to me. I thank God and I pray it doesn’t come back,” said Allender. “I still have a lot of work to do.”