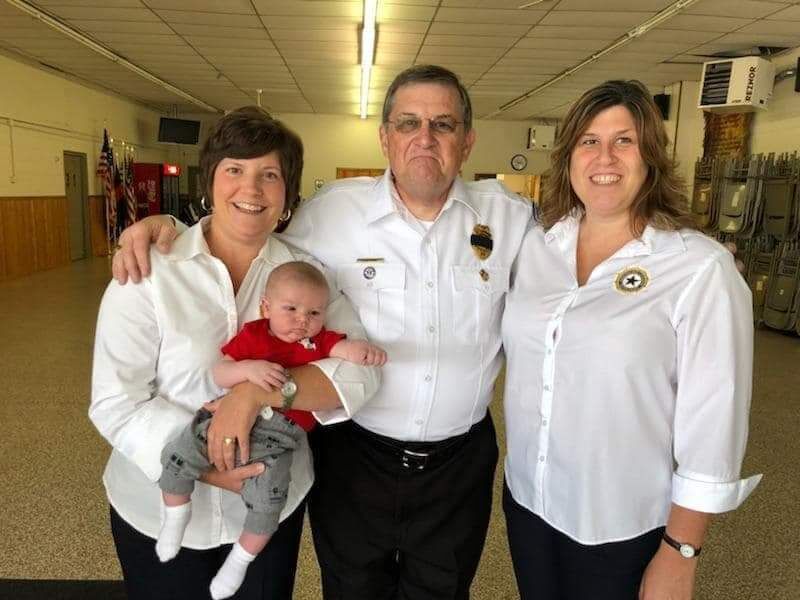 Brad Simms with his daughters, Stephanie North and Susanne Dorsey, and his great-grandson, Rhett 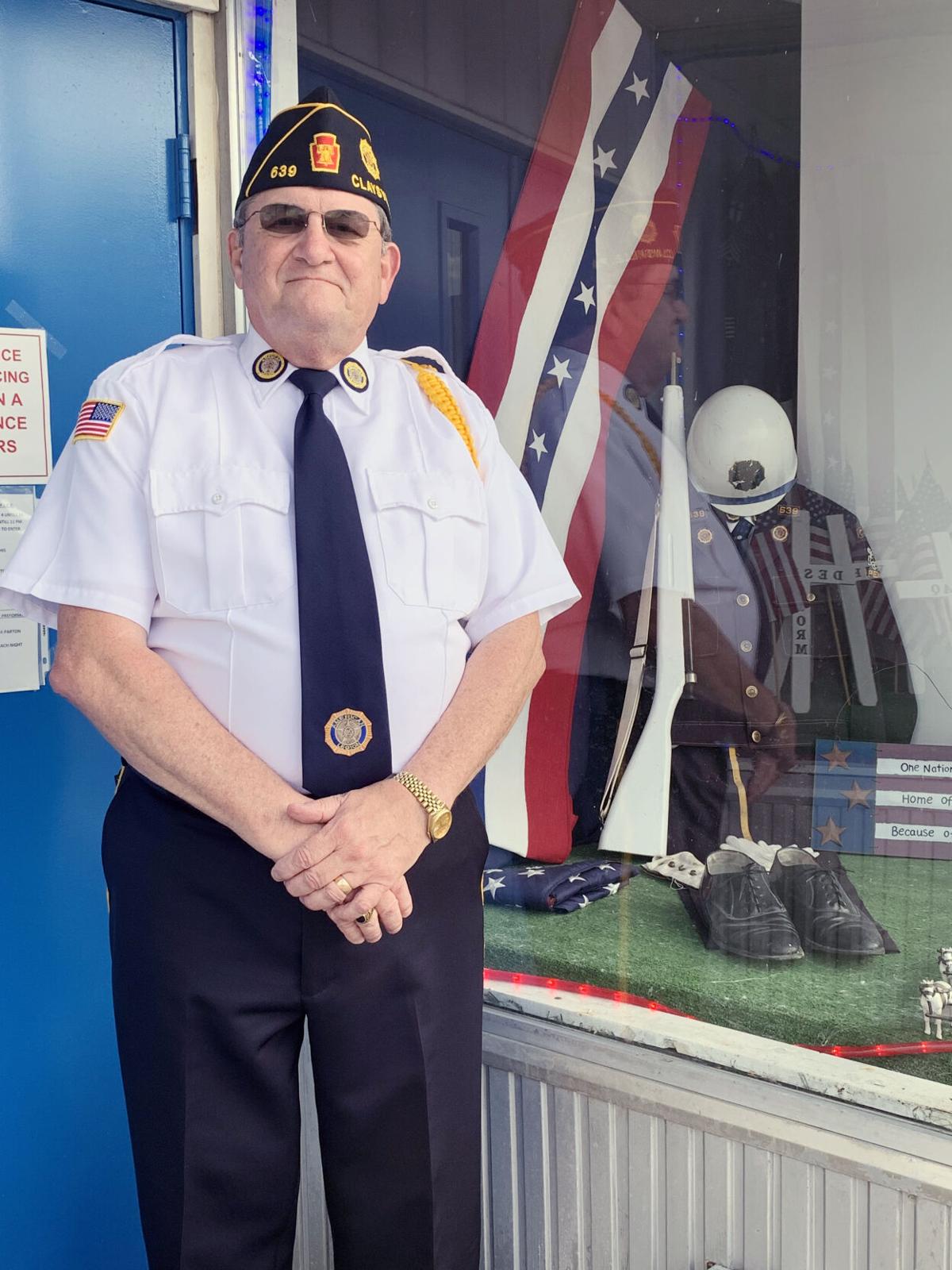 Brad Simms has served the Claysville community for decades. He is a longtime member of the American Legion Hunt-Kennedy Post 639. 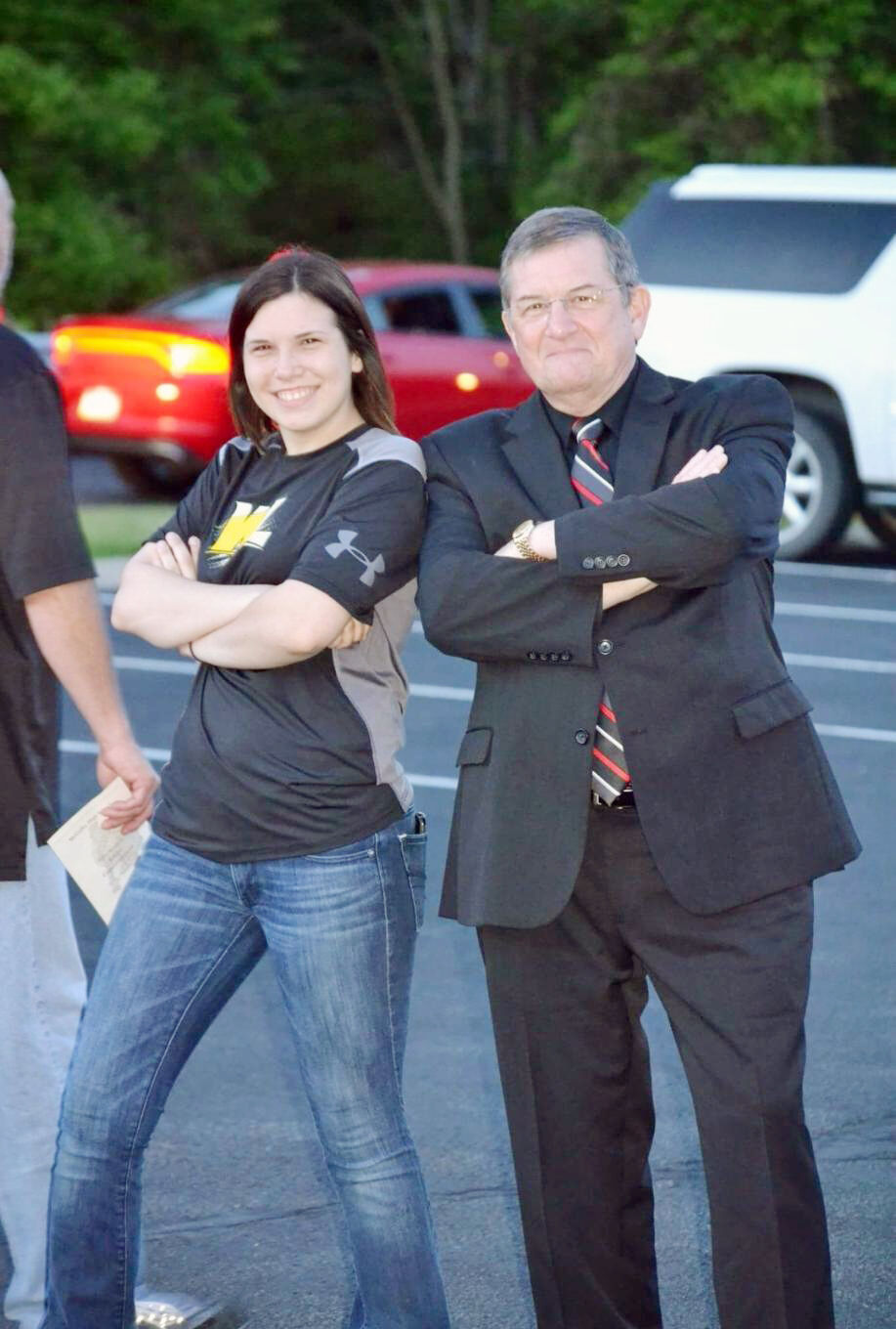 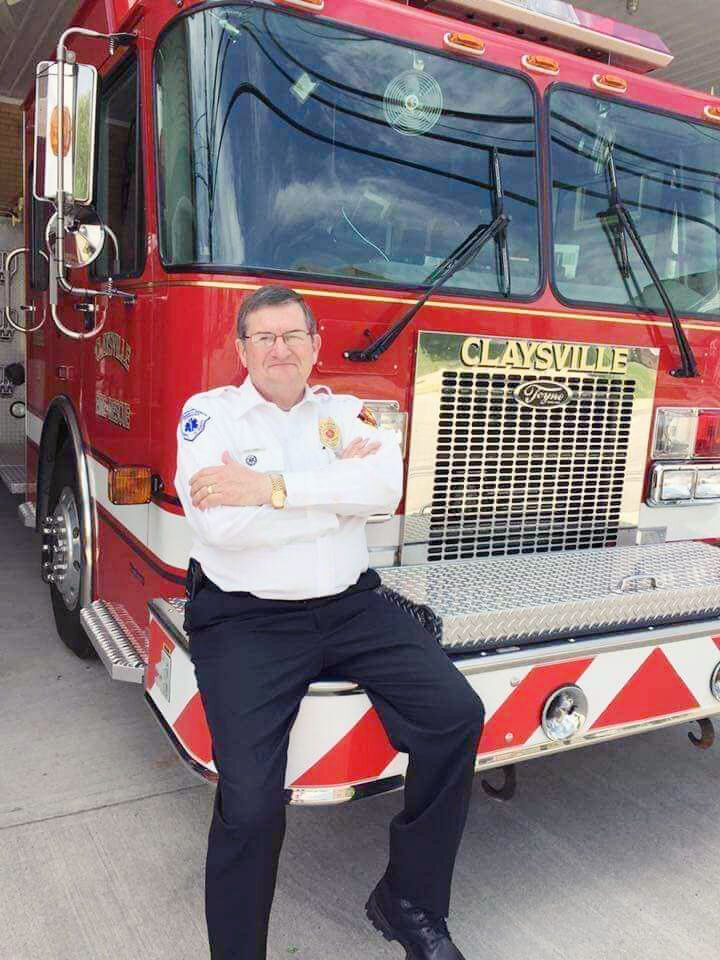 In his nearly five decades as a member of the Claysville Volunteer Fire Department, Brad Simms has served in many capacities, including chief. 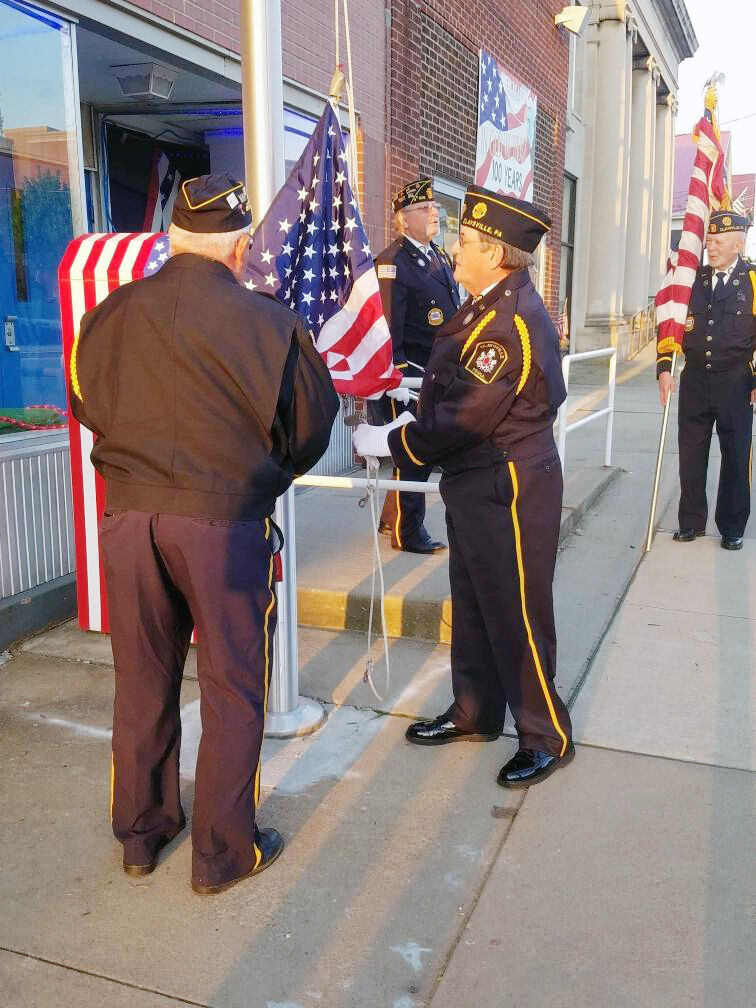 Brad Simms is a longtime member of the American Legion in Claysville. 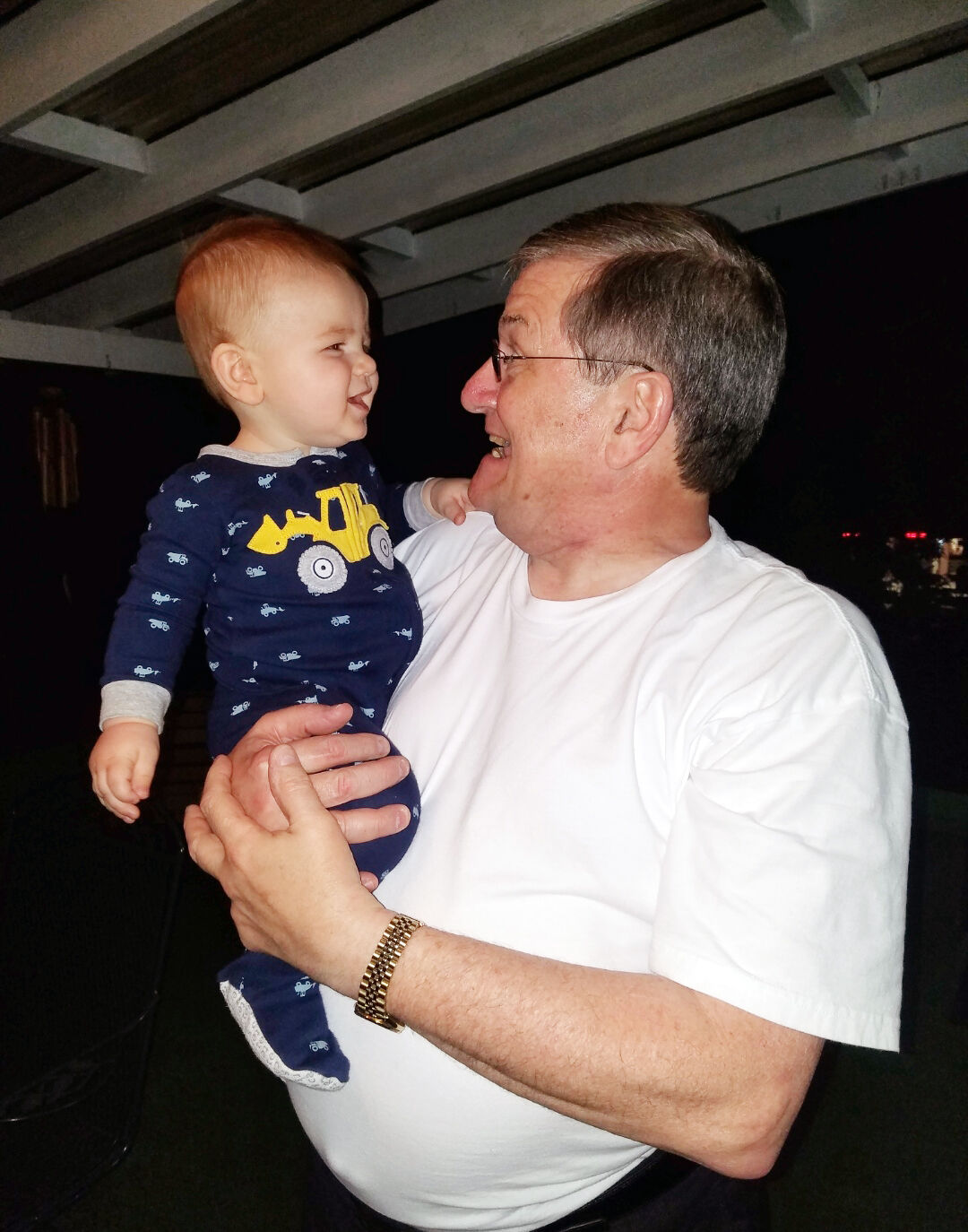 Brad Simms with his great-grandson, Rhett 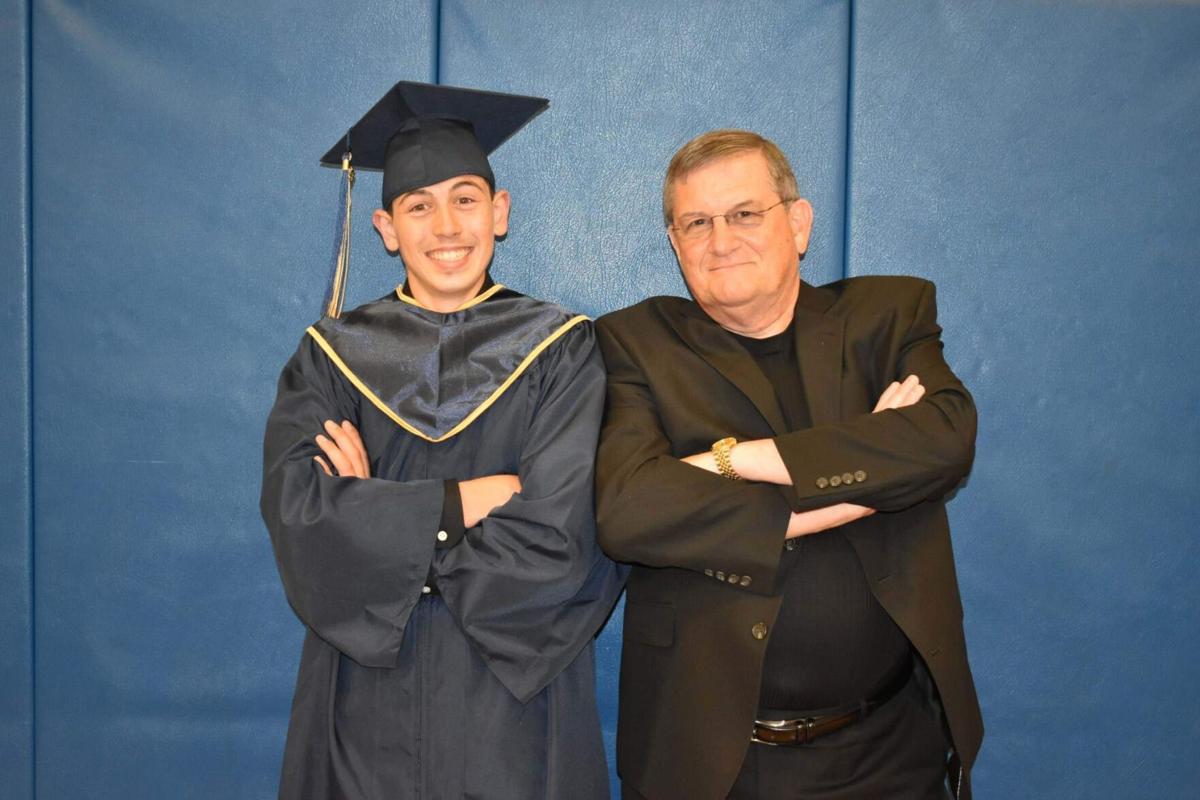 Brad Simms with his daughters, Stephanie North and Susanne Dorsey, and his great-grandson, Rhett

Brad Simms has served the Claysville community for decades. He is a longtime member of the American Legion Hunt-Kennedy Post 639.

In his nearly five decades as a member of the Claysville Volunteer Fire Department, Brad Simms has served in many capacities, including chief.

Brad Simms is a longtime member of the American Legion in Claysville.

Brad Simms with his great-grandson, Rhett

Brad Simms considers every single call he has responded to over his 46 years as a member of the Claysville Volunteer Fire Department to be important.

“It matters because it impacts people. At the time, it’s the most important thing – whether their house is on fire, or they’ve been in a car wreck, or they’re sick; that’s a moment in time they’ll never forget,” said Simms. “Everyone has a story.”

Simms, 70, has spent most of his life helping others.

His path to service began when he enlisted in the U.S. Navy, where he was a hospital corpsman. Over the years, he has been active in the fire department, the Washington County Hazardous-Materials team, and American Legion Hunt-Kennedy Post 639 in Claysville, and has volunteered his services as a disc jockey for fundraisers and other events.

For his active and significant service to the community, Simms has been honored with the August ExtraOrdinary People award.

His professional career, too, has revolved around caring for people. Simms spent 42 years at Ohio Valley Hospital, where he worked as a respiratory therapist before taking the reins as the hospital’s safety coordinator. Most recently, Simms came out of retirement to help reopen East Ohio Regional Hospital in Martins Ferry, Ohio.

Simms used to work as a radio announcer for a radio station, and he volunteers as a DJ for several local events, including the annual Relay for Life; the Sgt. Nathan Kennedy Memorial Ride in honor of Kennedy, a decorated Army Ranger who was killed in 2010 at the age of 24 while serving in Afghanistan; and the annual Olivia Scott Foundation dinner dance, held in memory of Scott, who was diagnosed with liver cancer in February 2009 during her junior year at McGuffey High School. She died five months later.

“I want to help people. I serve the community in any way I can. It’s something you just want to do. Not everyone wants to do it, and not everyone can do it,” said Simms.

Over his more than four decades with the Claysville fire department, Simms – who worked as an EMT after graduating from high school – has served in several capacities, including chief.

He has played a role in the evolution of the department, and is proud of area first responders’ ability to help each other in emergencies through Washington County’s mutual-aid agreement.

“We work with the police, the EMS, the county. It’s a big team. Everybody works together to make sure everybody goes home safe. That’s the goal,” said Simms. “Because, really, you go out on a call and you don’t know if you’re coming home alive or not.”

The majority of the fire station’s calls are medical, and because of the borough’s proximity to the interstate, firefighters respond to a lot of vehicle accidents. Calls range from quelling house fires to applying CPR to cutting people out of cars.

“I was always interested in the fire department, especially the medical work,” said Simms.

Simms also is one of the original members of the Washington County Haz-Mat team, and has served as the borough’s emergency management coordinator.

Said Jeffrey Yates, Washington County Director of Public Safety, “Brad is a great guy. He is dedicated to helping people and has been involved in many of our projects, drills and responses, and has always been professional and done a great job.”

Simms said every incident over the decades has “stood out for its own reasons.”

In recent months, Simms has stepped back from his active role in the fire department.

“Luckily, we’ve had quite a few young people joining the fire department, and it’s time to let them have their moment,” said Simms.

He also has been a longtime member of the American Legion, which provides assistance and guidance for military veterans, and conducts final military salutes for veterans.

“I really enjoy doing that. I enjoy the opportunity for us to act as honor guards for people who served the country,” said Simms.

He also helped organize the first 9/11 memorial service in Claysville, which the American Legion holds annually.

Simms grew up in Moundsville, W.Va., and joined the U.S. Navy Reserve and became an EMT after graduating from high school. After he completed his military service, Simms and his wife, Susan, married and moved to Claysville.

He and Susan have two children, four grandchildren, and a great-grandson.

“My grandfather has been my role model for my whole life,” said Brooke Dorsey, 23, one of Simms’ grandchildren. He’s honestly the most giving man. He will do anything for anybody. He’s one of the most caring people that you’ll ever meet, but he doesn’t want any attention or get any credit for it. He’s funny, too, and he’s entertaining when he DJs, putting on hats and singing. He’s always a blast to be around.”

Simms plans to keep helping others as much as he can, for a long as he can.

“Volunteer work is satisfying. There’s a lot of satisfaction in helping people, in seeing a smile on someone’s face,” said Simms. “A lot of times, it’s simple things you do, and people appreciate it. It’s a good feeling.”

As part of the ExtraOrdinary People award, Washington Auto Mall and the Observer-Reporter will underwrite a $500 donation in Simms’ name to the charity of his choice. Simms selected Jelly Beans for the Troops, an American Legion project that sends jelly beans and other comforts of home at Easter to military service members who are stationed abroad.