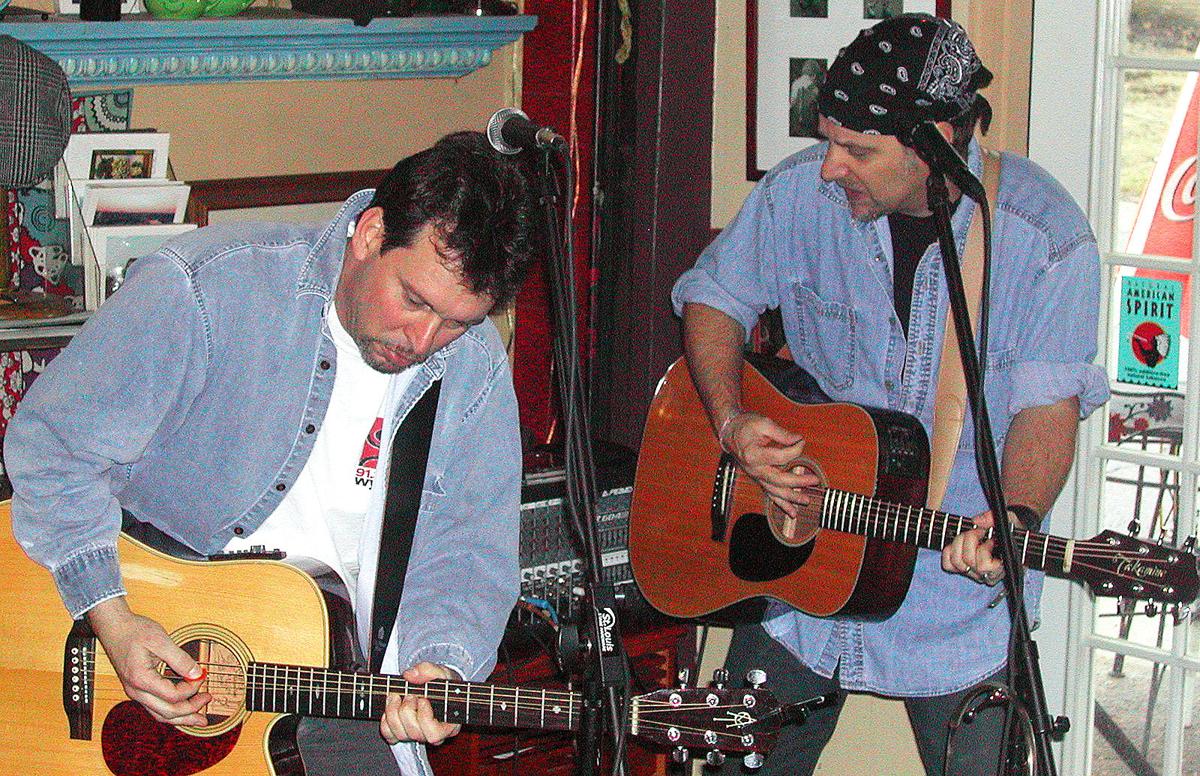 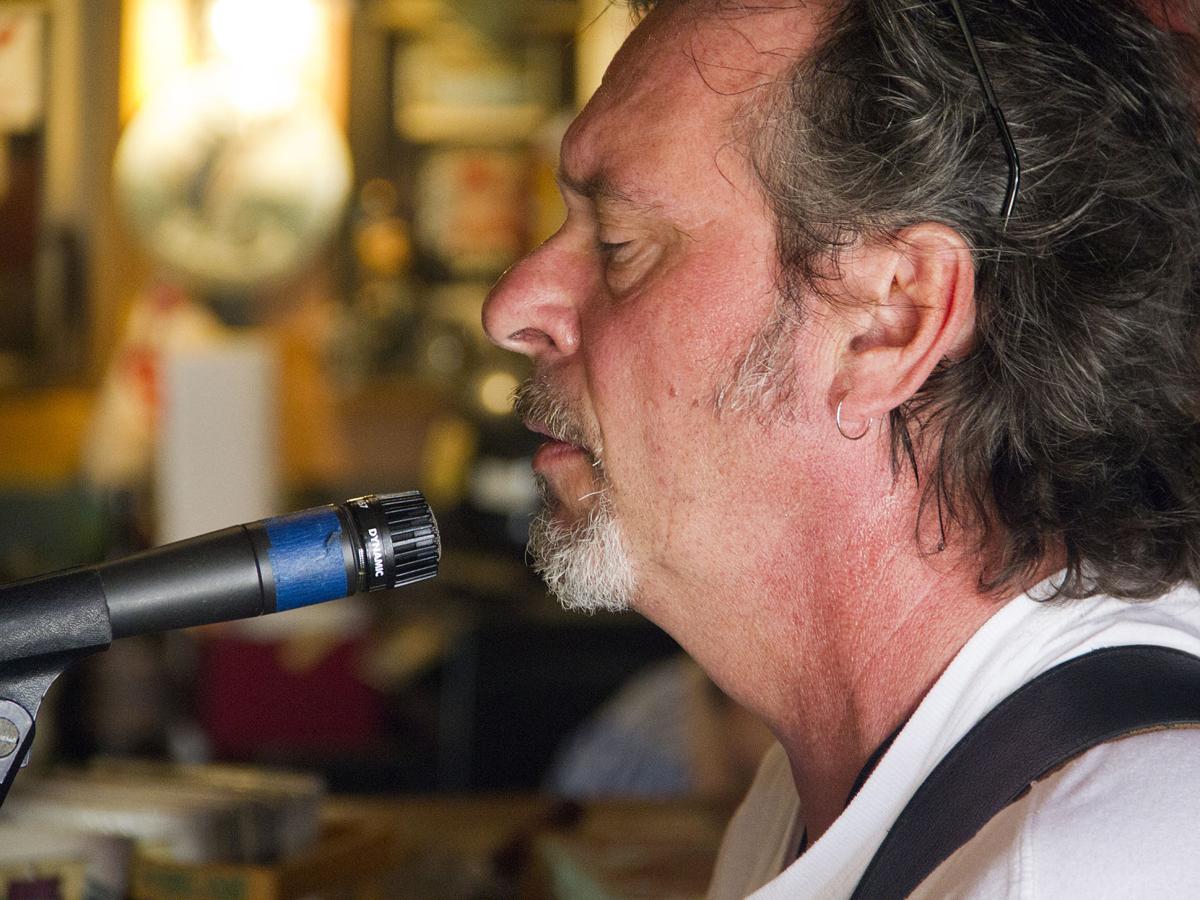 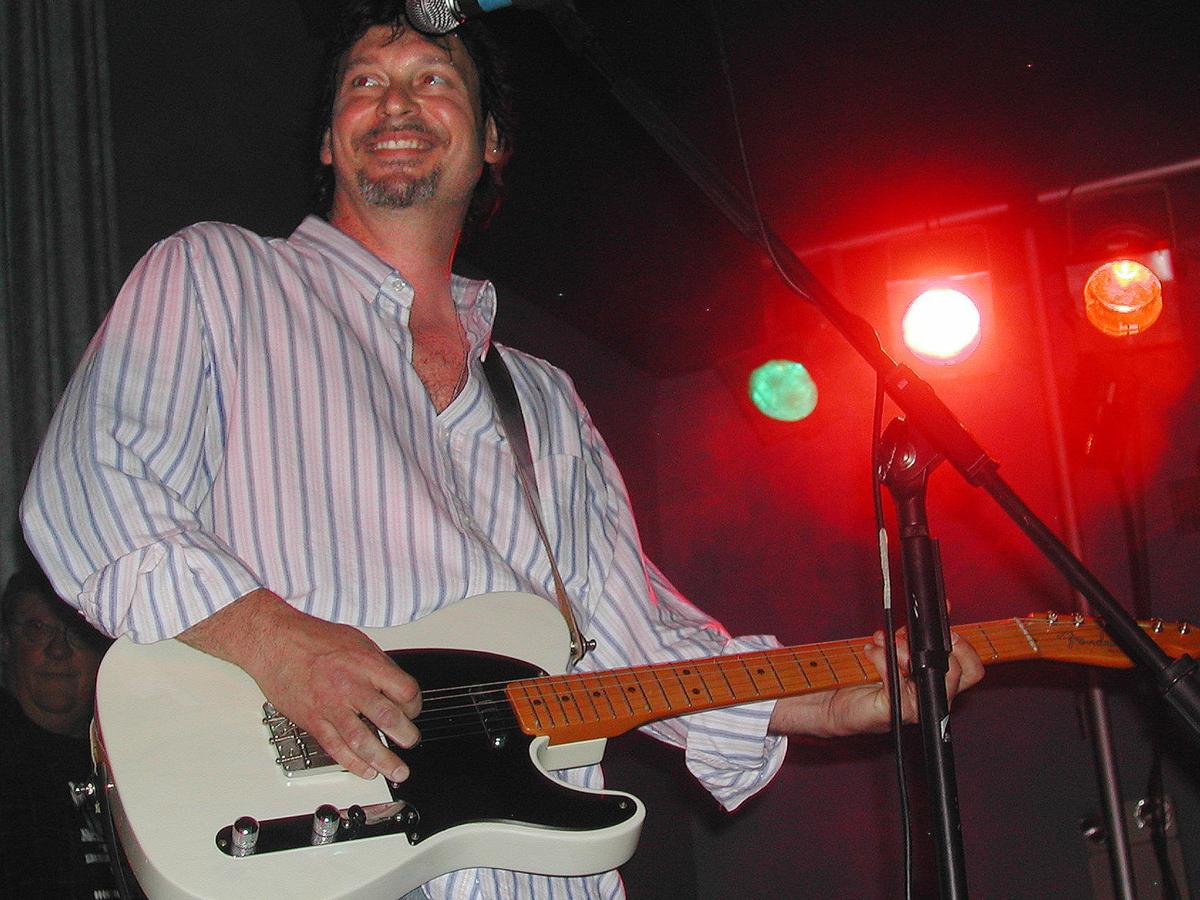 Tom Breiding performs during the 2006 release show for his album “Time To Roll” at Cefalo’s in Carnegie. 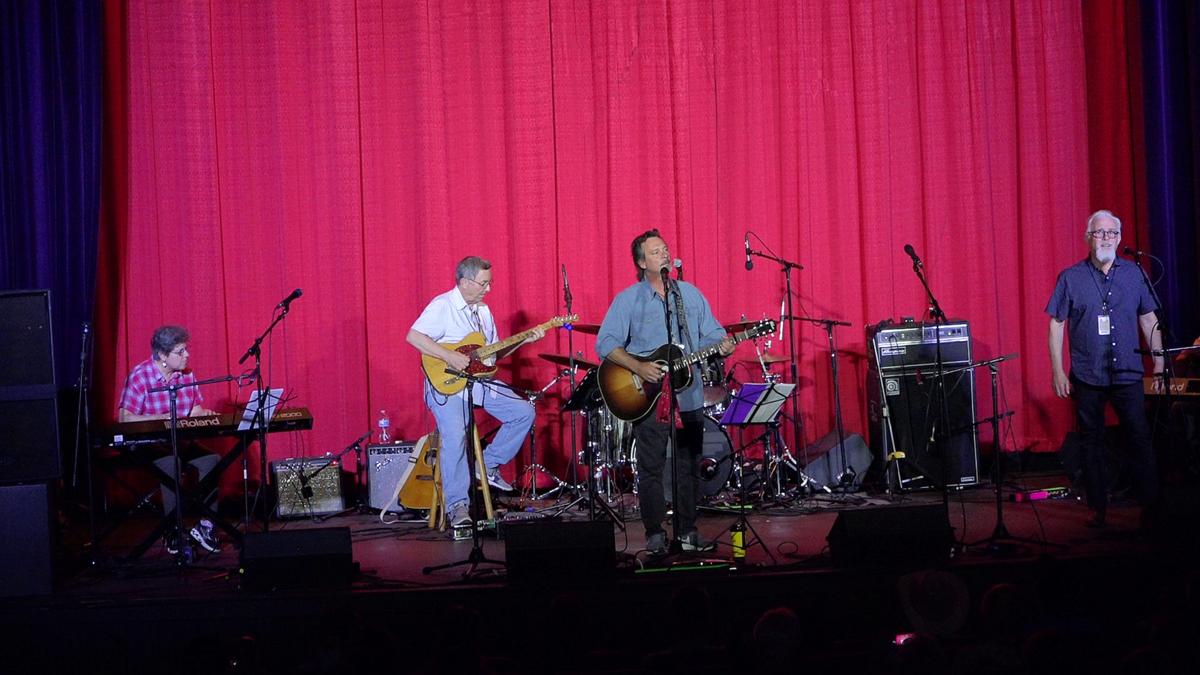 Tom Breiding and friends perform in July at the Woody Guthrie Folk Festival in Guthrie’s hometown of Okemah, Okla., where Breiding was in invited artist. 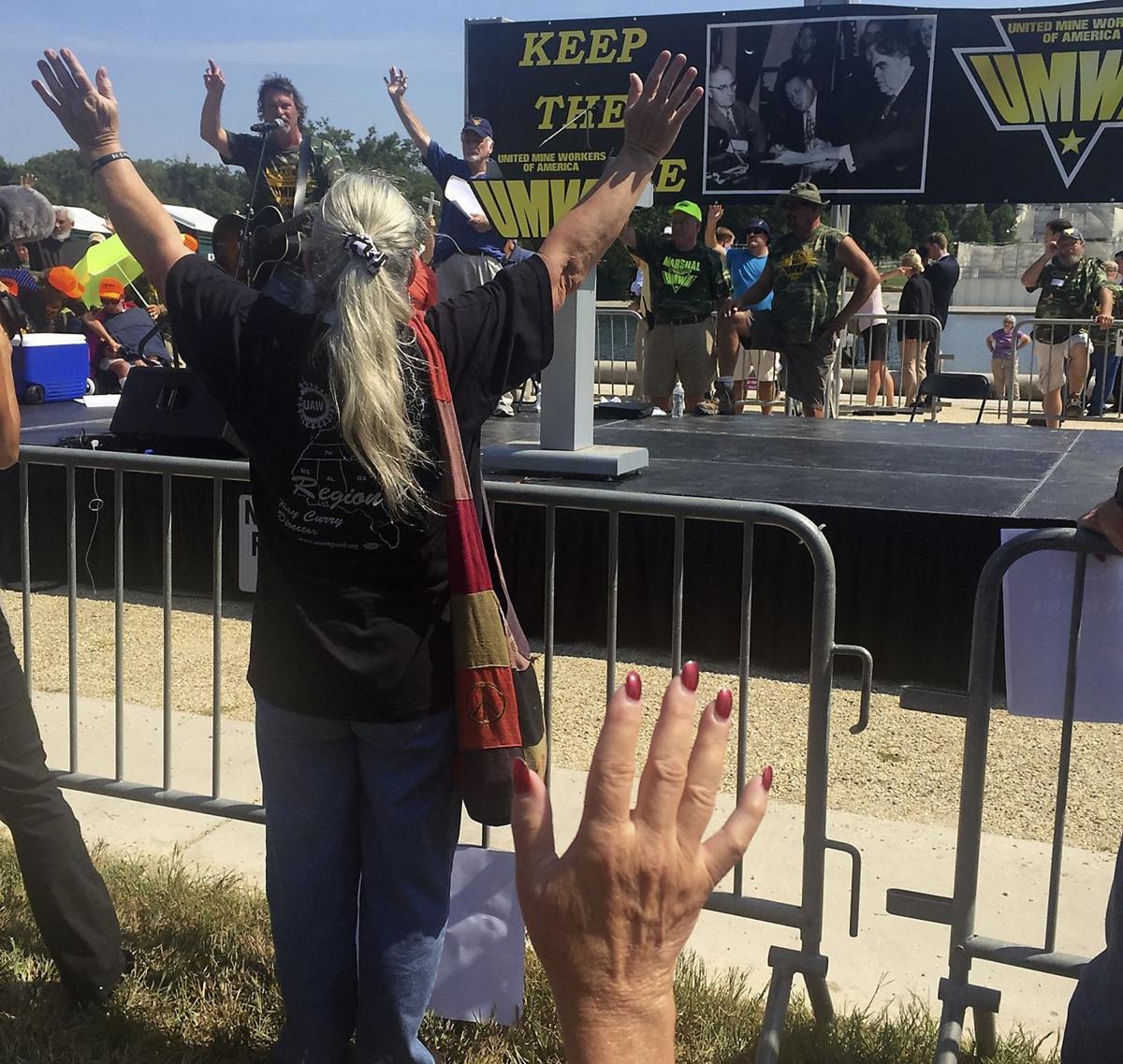 From left, singer-songwriter Tom Breiding and United Mine Workers of America President Cecil Roberts are shown onstage at the “Keep the Promise” rally in Washington, D.C.

Tom Breiding performs during the 2006 release show for his album “Time To Roll” at Cefalo’s in Carnegie.

Tom Breiding and friends perform in July at the Woody Guthrie Folk Festival in Guthrie’s hometown of Okemah, Okla., where Breiding was in invited artist.

From left, singer-songwriter Tom Breiding and United Mine Workers of America President Cecil Roberts are shown onstage at the “Keep the Promise” rally in Washington, D.C.

Life holds any number of possibilities and surprises, but here’s one thing you can almost certainly take to the bank: Tom Breiding will never create an album like David Bowie’s rock opera “The Rise and Fall of Ziggy Stardust and the Spiders from Mars.”

“I don’t think so,” Breiding laughed. “Unless my son wants to cut a record like that.”

No, the 56-year-old Peters Township singer, songwriter and guitarist is dedicated to crafting songs “about things that are real.”

“I can write songs about my own life and people I know and love, and history,” Breiding said. “When I was a kid, we were all kind of naive, like the Santa Claus thing. You listen to artists sing songs, and you think, ‘oh, that’s really them.’ And that’s not the case. You learn pretty early on that they’re writers and inventors and they create characters and put themselves in situations they’re not used to. I don’t feel the need to create characters or imaginary scenarios.”

Breiding stays down to earth on “Love Commits Me Here,” his first album in four years and his 14th overall. Released earlier this month, it’s a collection of spare acoustic songs that touch on mine disasters, the Tree of Life massacre and the plight of immigrants. Breiding started work on it in November 2018 and wrapped up last July. Recording started in earnest after he was commissioned to write the song “Farmington No. 9” to commemorate the 50th anniversary of a mine explosion near Farmington, W.Va., that left 78 miners dead.

A native of Wheeling, W.Va., Breiding explained mining lore surrounded him when he was growing up even though there were no miners in his immediate family. Now the artist-in-residence for the United Mine Workers of America, Breiding wrote “Farmington No. 9” after watching an online interview with a survivor of the disaster.

“I just tried to retell the story as well in song as he did in a 45-minute interview,” Breiding said.

“Love Commits Me Here” is co-produced by Breiding and fellow Pittsburgh-area musician Daniel Marcus. The two struck up a friendship when Marcus asked to sit in with Breiding on a couple of songs during the latter’s regular gig at the Leaf and Bean club in Pittsburgh’s Strip District. From there, they decided to take the collaboration into their respective home studios.

Breiding’s dedication to writing about gritty blue-collar work and life raises a question: As manufacturing and mining continue to ebb, is there the possibility that someday someone will be writing songs about, say, toiling in an Amazon fulfillment center?

“I don’t know,” Breiding said. “Its an interesting question. When we’ll see something like that would be in the aftermath of the disappearance of unions altogether. There’s legislation right now that would make our whole country a right-to-work country, and if these people are that intent on breaking the structure of labor unions, and they succeed, people will realize how much they were needed.”

Outside of his own solo career, Breiding is the immersion trips coordinator for the Clifford M. Lewis Appalachian Institute at Wheeling University. He puts together the logistics for high school and college students when they take trips into Appalachia for service and learning opportunities. Breiding is also a guitarist in Hard Rain, the band that backs Pittsburgh singer-songwriter Bill Toms.

“I just love that,” he said. “I don’t have to front the band. As a child, I wanted to plug in my electric guitar and make some noise. I’ve never gotten over that, and that’s still my favorite thing to do.”