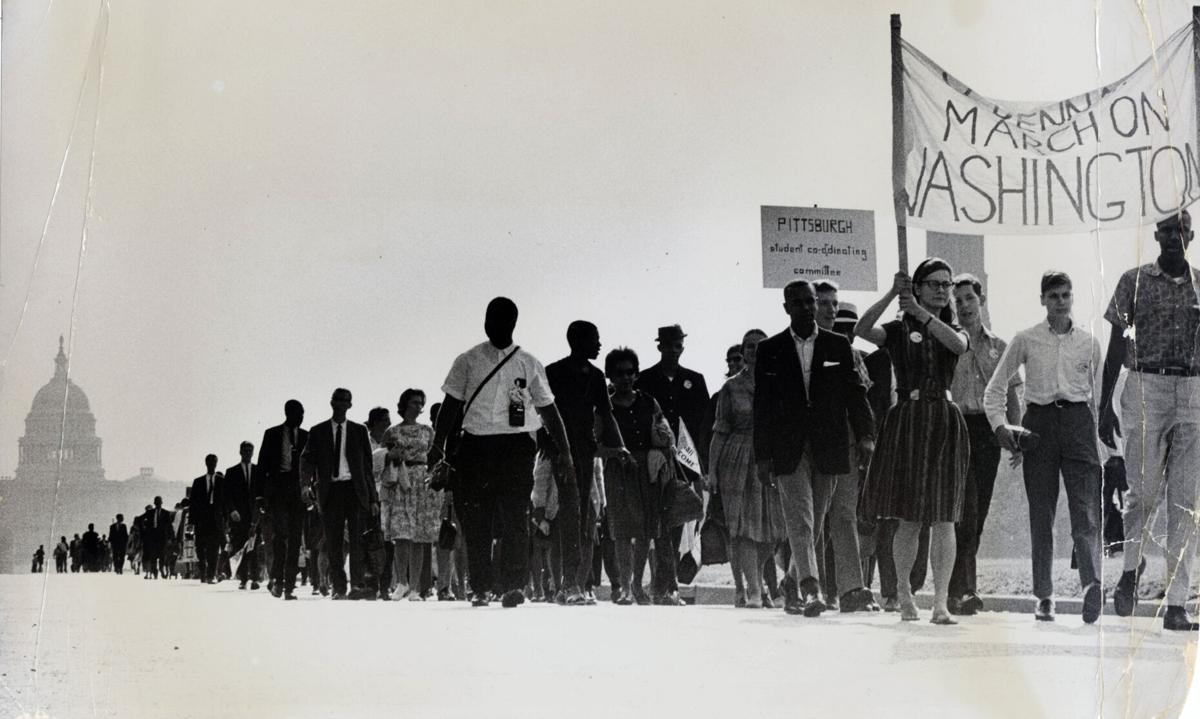 Students from the University of Pittsburgh participate in the 1963 March on Washington for Jobs and Freedom in Washington, D.C. 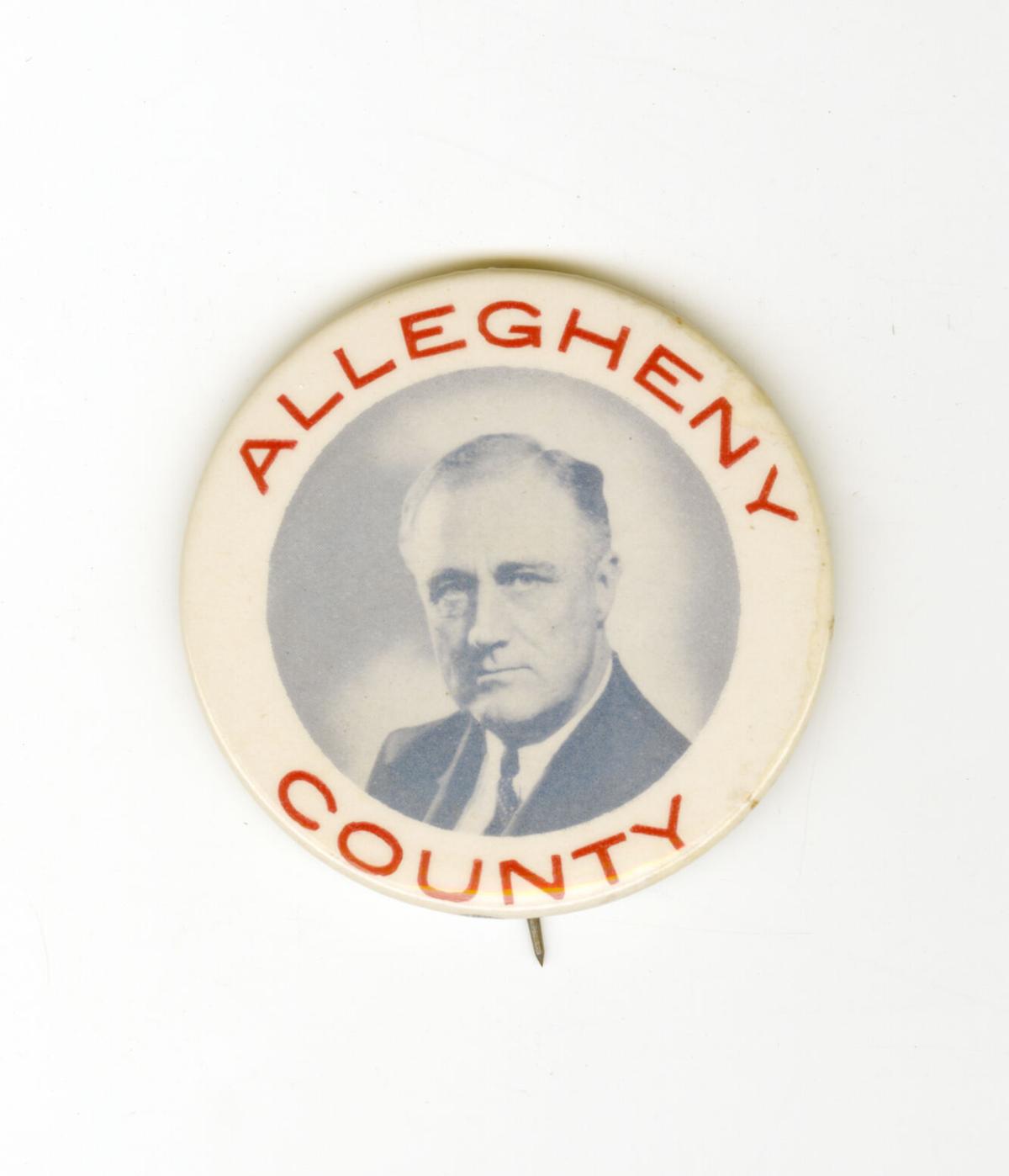 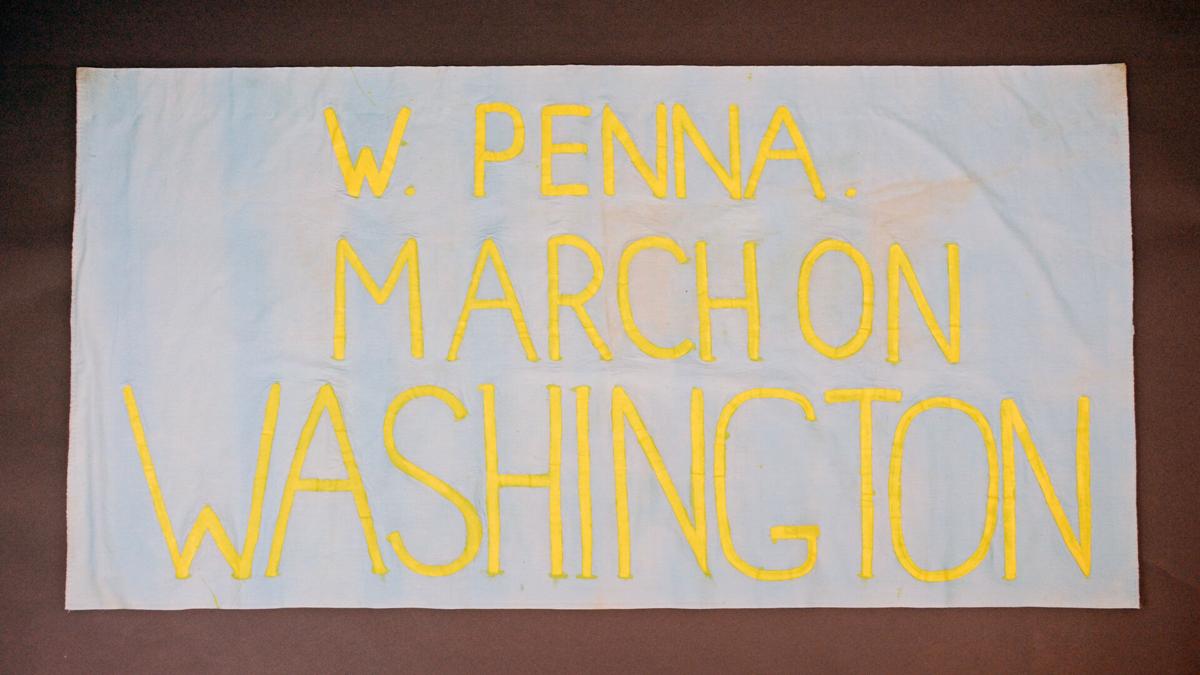 A Western Pennsylvania March on Washington banner used in the 1963 rally. 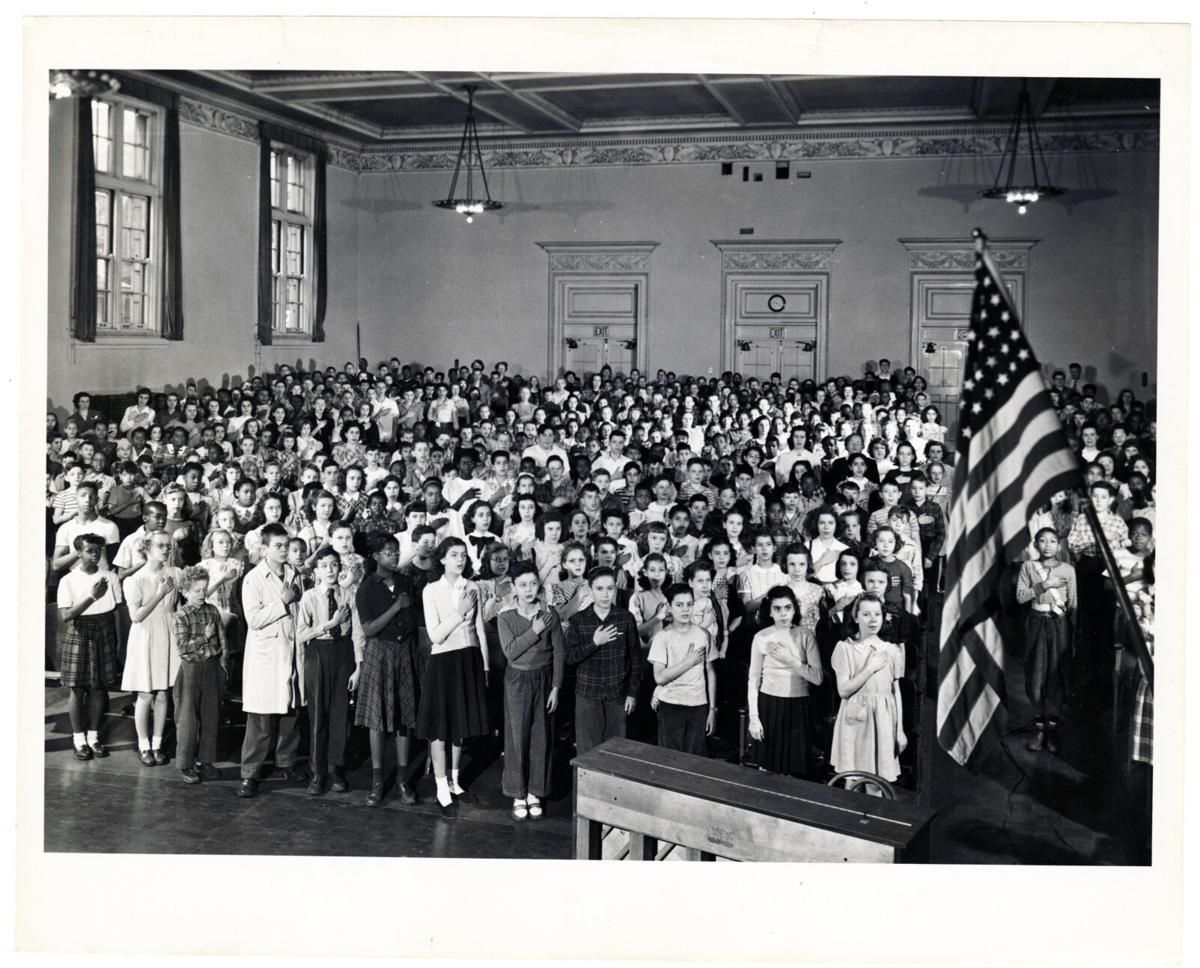 Pittsburgh Public School students recite the Pledge of Allegiance in 1955.

Suffragists picket the White House in 1917. 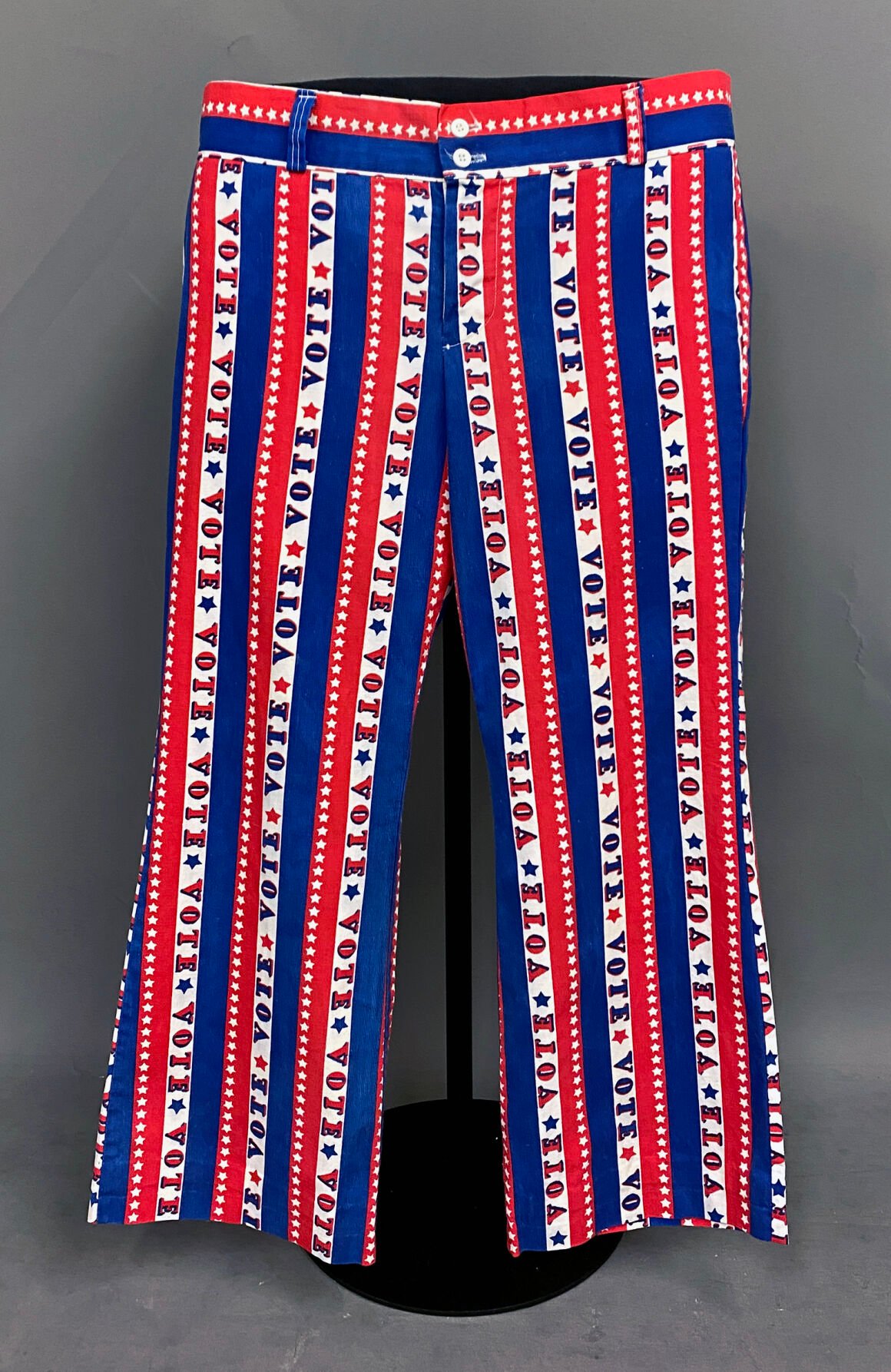 Vote bell-bottom pants from the 1970s

Students from the University of Pittsburgh participate in the 1963 March on Washington for Jobs and Freedom in Washington, D.C.

A Western Pennsylvania March on Washington banner used in the 1963 rally.

Pittsburgh Public School students recite the Pledge of Allegiance in 1955.

Suffragists picket the White House in 1917.

Vote bell-bottom pants from the 1970s

It might well have come as a surprise to Adams that democracy has endured in the United States as long as it has, despite its imperfections and a couple of moments where the possibility of its destruction seemed all too palpable. Recent events have brought into relief the fact that America remaining a democratic nation is by no means guaranteed.

“American Democracy: A Great Leap of Faith,” a new exhibit at the Senator John Heinz History Center in Pittsburgh, looks at how democracy has evolved over the last two-and-a-half centuries, and the battles that have gone into creating “a more perfect union.”

In fact, the message visitors should take away from “American Democracy” is that democracy in the United States is not settled, according to Melissa Marinaro, who curated the exhibit.

“We have to keep working at it and participating,” Marinaro said. “Democracy also involves considering many points of view. So we have to find ways to come together and find ways to work.”

“American Democracy” comes to the History Center from the Smithsonian Institution, and includes items from some of Adams’ fellow Founding Fathers, including a replica of Thomas Jefferson’s writing desk, and a Pennsylvania land grant signed by Benjamin Franklin. Along with material from the Smithsonian, “American Democracy” contains a travel desk used by George Washington that’s been borrowed from the collection of Carnegie Museums, and items from the History Center’s collection, such as a banner carried by University of Pittsburgh students in the 1963 March on Washington where Martin Luther King Jr., delivered his “I Have a Dream” speech. The latter came to the History Center from a Pittsburgh-area donor who attended the rally and picked it up off the ground after it had apparently been tossed aside.

There are also campaign ribbons and buttons dating to 1840, a section on citizenship in a diverse society and Pittsburgh’s involvement in the creation of the country’s naturalization exam.

The exhibit goes up to the present day, with footage from last year’s Black Lives Matter protests and a face mask with one word on it – “Vote.”

Marinaro said the exhibit shows visitors where they fit into democracy and “what they can do as a citizen.”

“As a proud Smithsonian affiliate, we’re able to bring world-class exhibitions like ‘American Democracy’ to Pittsburgh,” according to Andy Masich, president and CEO of the History Center. “After a year of challenges and change in our nation, this exhibition provides much-needed historical context by examining how we’ve voted, protested, and engaged with our government since our nation’s founding.”

“American Democracy” is part of the History Center’s ongoing “America 101” initiative, which is designed to help visitors more deeply understand how government works and the history of democracy in the United States over the last 245 years.

The exhibit will be at the History Center through Oct. 10. Visitors are strongly urged to purchase tickets in advance because of COVID-19 pandemic restrictions.

To purchase a ticket, visit www.heinzhistorycenter.org/tickets.