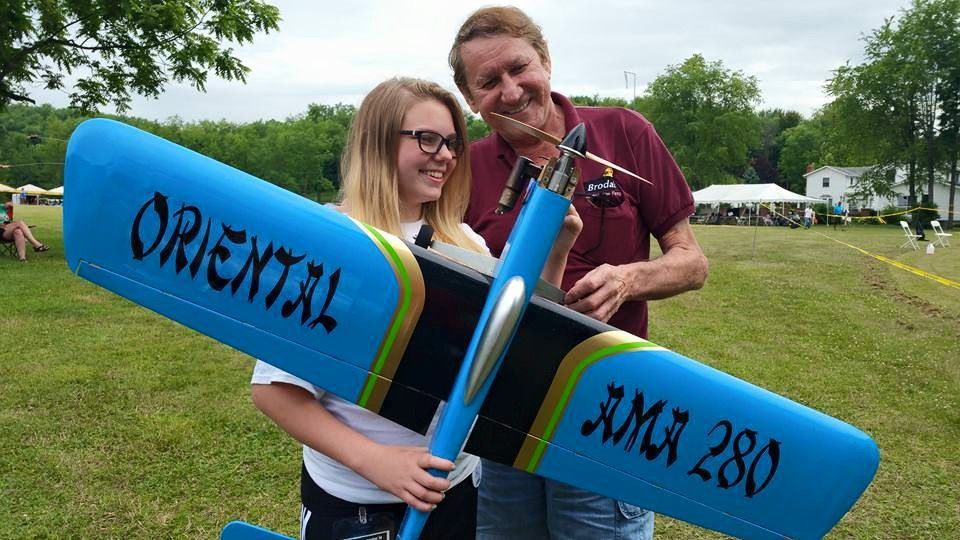 In this 2015 photo, John Brodak poses with Samantha Hines of Michigan who is holding her model plane during that year’s Fly-In event held on Brodak’s property. Brodak, who passed away April 25, was a successful business man who loved his family, cared for his community, enjoyed model airplanes and loved life. 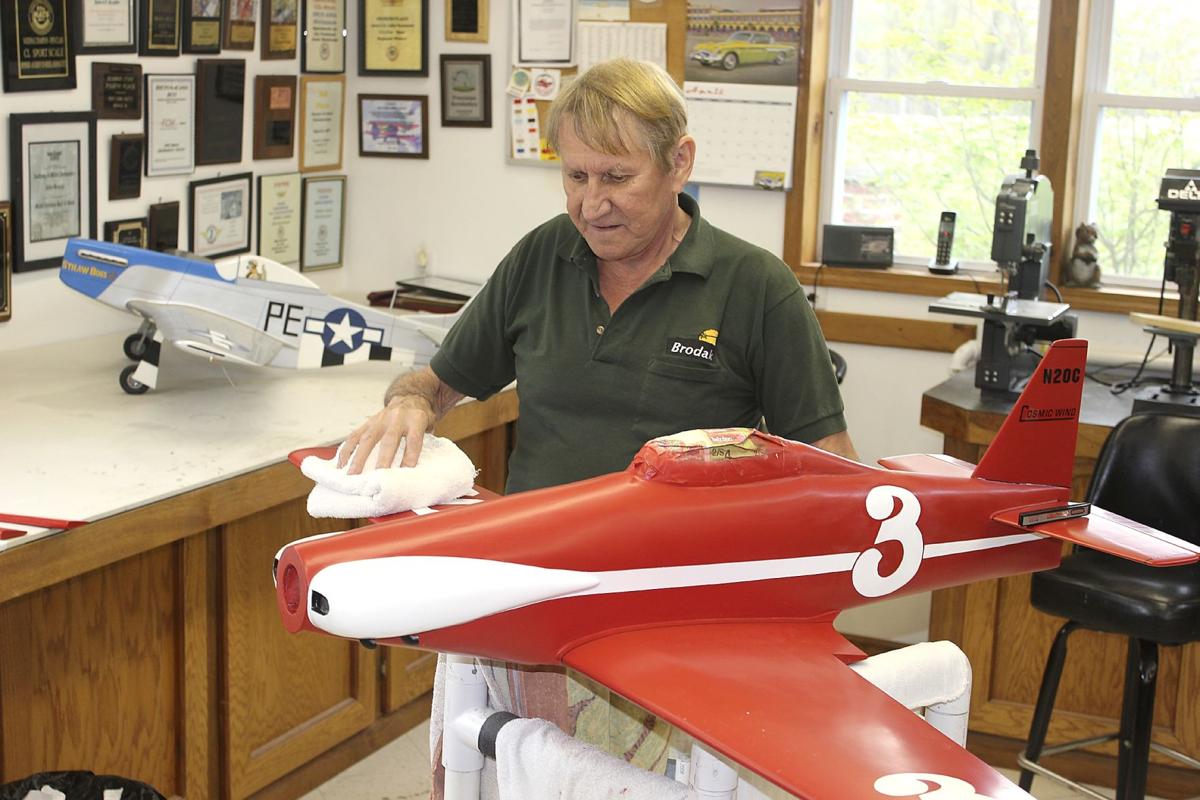 John Brodak works on a model airplane he was preparing for competition. 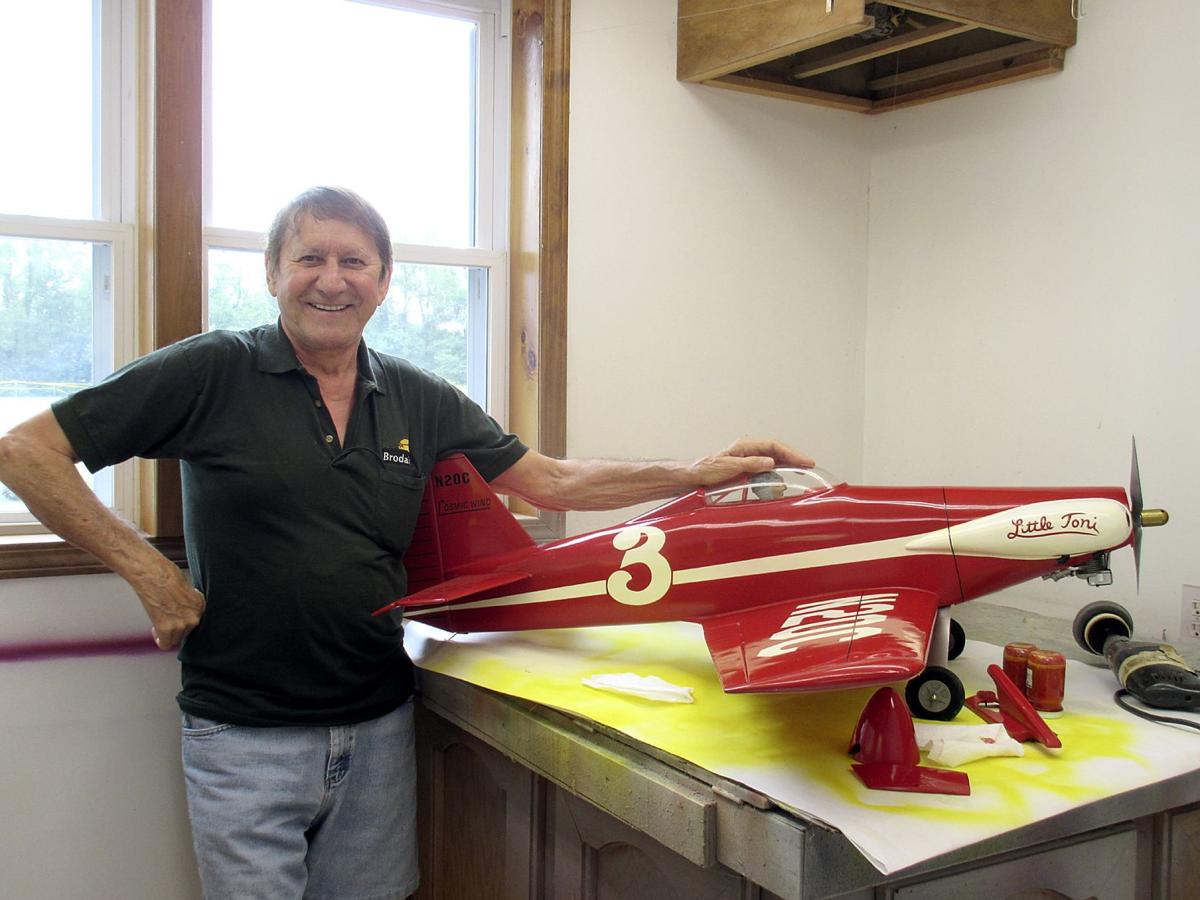 John Brodak stands next to his project, the Little Tony, which he flew in competitions. 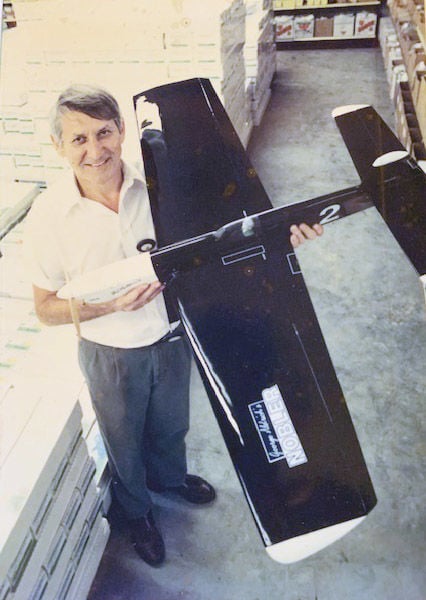 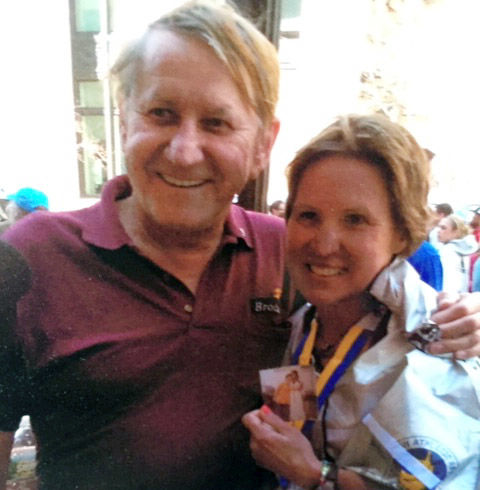 John Brodak stands at the finish line of the Boston Marathon after his daughter, Jackie, ran the race.

In this 2015 photo, John Brodak poses with Samantha Hines of Michigan who is holding her model plane during that year’s Fly-In event held on Brodak’s property. Brodak, who passed away April 25, was a successful business man who loved his family, cared for his community, enjoyed model airplanes and loved life.

John Brodak works on a model airplane he was preparing for competition.

John Brodak stands next to his project, the Little Tony, which he flew in competitions.

John Brodak stands at the finish line of the Boston Marathon after his daughter, Jackie, ran the race.

It would have been a difficult goodbye no matter what – John Brodak was beloved by his family, the Carmichaels community and by anyone who shared his passion for control-line airplanes.

But in the middle of the COVID-19 pandemic, that goodbye was so much harder. After battling a tumor and Acute Respiratory Distress Syndrome, Brodak was sickest in April, and on a ventilator at Acuity Specialty Hospital in Morgantown, W.Va.

Between April 4 and April 24 – the day before he died – his daughter Jackie Horvath, of Ligonier, was not permitted to see him.

“When the quarantine went into effect on April 5, I spent my last day with my father on the 4th,” she wrote in an emailed statement. “He was trying to tell me something, but I couldn’t understand. I handed him a tablet and he wrote, ‘Not give up.’”

Horvath said she believes that was the last piece of advice her 86-year-old father left with her. She had been spending every weekend with him since December, she said.

That changed when the pandemic struck.

None of his family was allowed to see him, including his wife, Coral, and his three other children, Melissa Curtis of Belle Vernon, Dena Ferek of Rices Landing and Joe Brodak of Washington.

“The last two weeks of my father’s life, I and everyone were forbidden to visit him,” Horvath said. “I called hospital personnel and directors twice a day and begged, but was never let in.”

She said in an interview that during this time, she used Facetime to communicate with him. She said he was confused during those weeks, not understanding what was going on or why they weren’t coming to see him.

Following a procedure to remove a tumor in his esophagus, Brodak aspirated, and his lungs “kept getting infections,” Horvath said. Doctors tried all the antibiotics they could, but he wasn’t getting better.

“If we all had been there, maybe he’d have felt a little stronger and could have fought this,” Horvath said. “It breaks my heart to know that he was completely alone. We might not have been able to make his body better, but we could have made his spirit better.”

Horvath said it would have given them some closure, too. Instead, she got a phone call from the hospital April 23, saying her father didn’t have much time left. They told her she could have 45 minutes with her father April 24 to say goodbye.

“How does a daughter who worshipped her father tell him all that she needs to say in 45 minutes?” Horvath said. “I thought it was a gift because he knew it was me and he was coherent. I told him I loved him, and he nodded his head that he loved me.”

Horvath, a Eucharistic minister, shared a rosary prayer with him and communion. She was the last in her family to see him, as he died the next day. She and her family were all standing in the parking lot waiting for the phone call saying that he died.

“At least we were all together – that’s how my dad would have wanted it,” Horvath said.

Brodak’s infectious love for flying airplanes impacted so many worldwide, but now, he’s flying high with a brand new set of wings.

Brodak was legendary across Greene County for his annual, Father’s Day weekend Brodak Fly-Ins, which would attract control-line airplane enthusiasts from across the nation, South America, South Africa and South Korea. His Cumberland Township property had six flying circles, where he’d have more than 400 guests competing in more than 800 competitive flights.

This year would have marked the 24th Brodak Fly-In, but it was canceled. Horvath said she visited her father’s grave over Father’s Day weekend and the skies were empty.

“There was no buzzing of engines from control-line airplanes,” she said. “There was no familiar smell of engine fuel that quickly let me and my siblings know, as we were pulling into our home’s driveway, that ‘Daddy was flying.’”

Because of social distancing and crowd restrictions amid the pandemic, Horvath said her father didn’t receive “a proper viewing or burial.”

They were allowed to have 10 people at the funeral home and only family at the gravesite. Everyone had to stay distanced, and they couldn’t circle around her father.

“My dad was such a wonderful man, and he just deserves so much more than that,” she said.

Glen Toothman, a Greene County historian, created a Memory Medallion for Brodak, Horvath said. It’s a computer chip on his gravestone where people can download his story.

“Daddy, I can still hear you,” Horvath wrote in a tribute statement to her father. “I can still feel you guiding me, and your electrifying spirit dwells inside of me, encouraging me to ‘Not give up.’ So long as I am alive, you will never die.”