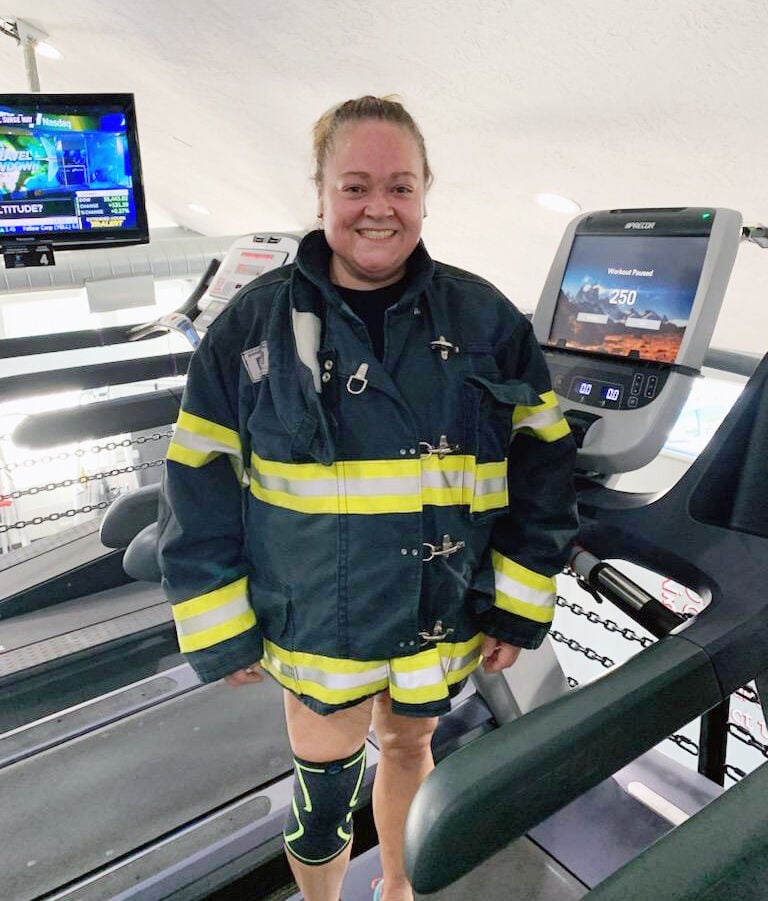 Salina Howcroft during training for the Great American Relay 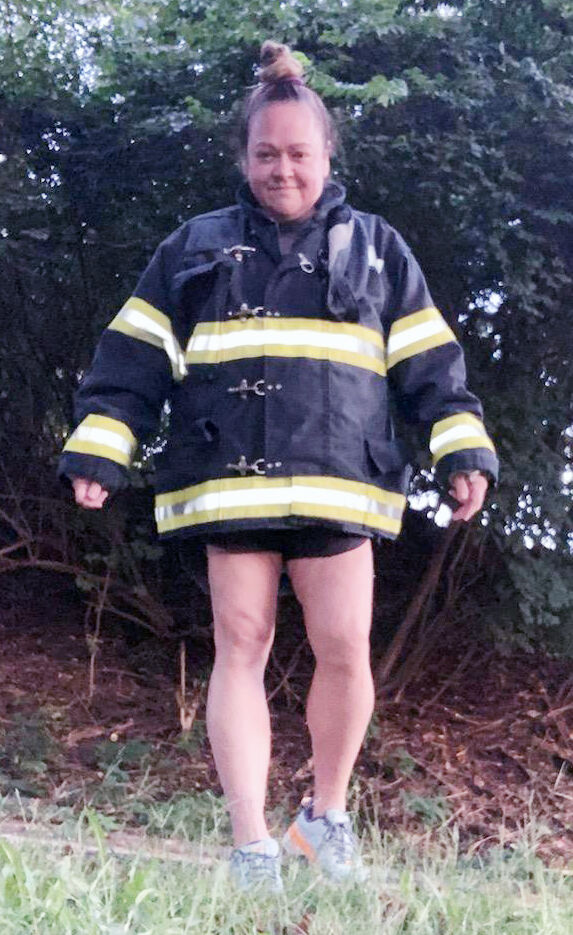 Salina Howcroft during training for the Great American Relay

Salina Howcroft of Chartiers Township has run three marathons this year, so running a 9-miler isn’t usually too challenging.

However, last weekend, she ran them while wearing a fire coat, which was a bit of an adjustment.

“I never realized how heavy they are,” she said. “This is the first time I’ve ever worn a fire coat, and my respect level now for firefighters has increased drastically. Not only do they wear the coat, but they go into fires. All I’m doing is running in it.”

Howcroft ran a portion of the Great American Relay, a cross-country running relay that started in Boston on Sept. 11 to commemorate the 20th anniversary of the terror attacks that killed thousands.

The coast-to-coast relay crosses 18 states in more than 400 stages, with most of the stops being fire stations. The runners, who together will complete more than 3,500 miles in 38 days, are raising money for first responders and military personnel.

Howcroft’s portion picked up at 6:22 p.m. Sept. 19 at the Pittsburgh Engine 4 station. From there, she ran, baton in hand and in a Chartiers Township fire coat, nine miles to the Moon Run Volunteer Fire Department.

“I wanted to represent my town’s fire department during these nine miles,” she said.

Chartiers Fire Chief Fred Simpson said he had never met Howcroft before she reached out to the fire department on Facebook.

“When she told me what she was doing, I said, ‘Yeah, I’ll give you whatever you need,’” Simpson said.

Howcroft wasn’t able to keep the fire coat, but she trained in it since June.

“She’s really committed to it,” Simpson said before the relay. “Everybody that’s posted on her Facebook page has been really supportive and positive. She’s raising donations as an extra thing, and our department appreciates it.”

Howcroft raised about $750 for the Chartiers department.

She’s been running for years, and this year completed her first marathon, then two more. She started running after her father, George Burgh, a former Cecil Township police officer, died in 2011. She fell in love with running and hasn’t quit yet.

For this relay, she started training with a 40-pound weighted vest. Still, Howcroft said the vest was easier than the coat, because the coat traps heat.

“I needed a month to prepare my body for the extra weight,” Howcroft said. “I know it’s only nine miles, but actually wearing the fire coat is absolutely brutal.”

She wanted to do the relay because she has family and friends who are first responders, including her late father and her brother Paul Burgh, also a police officer.

“This is my way of giving back and doing what I love,” she said.

The goal, she said, is to give Chartiers fire department a check for $1,000 when she returns the coat Oct. 3.

“All of the fire departments need help right now, because their fundraisers were canceled during the pandemic,” she said.

Those who want to donate can reach Howroft at nrhsmom@yahoo.com.