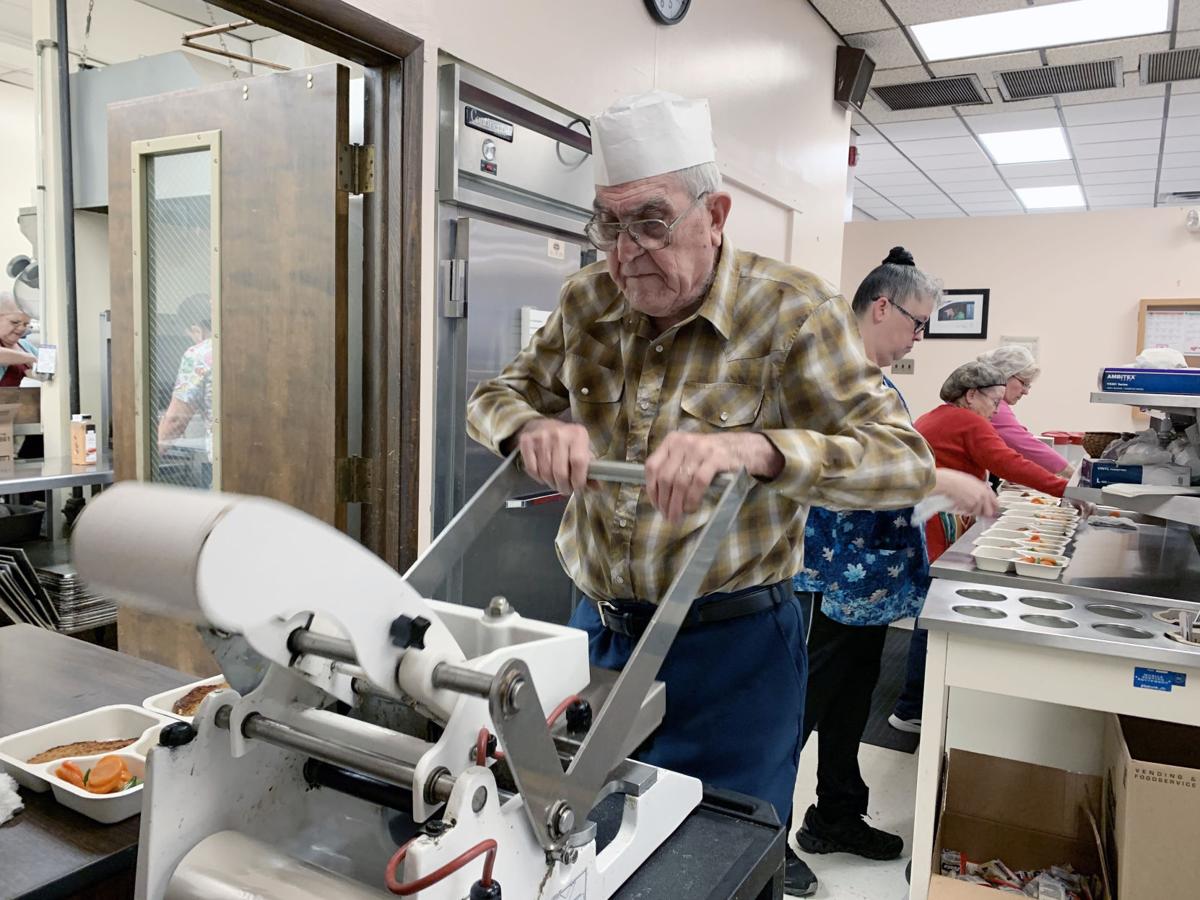 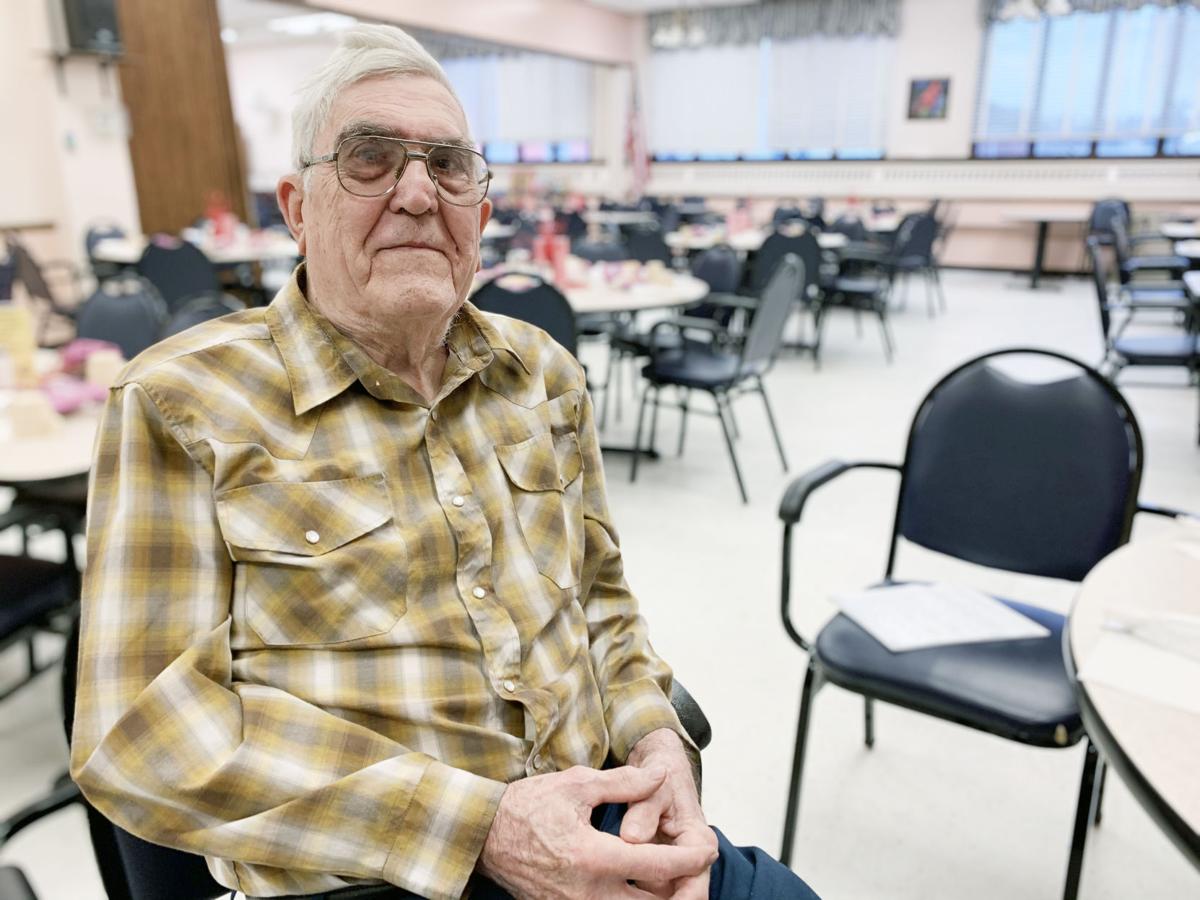 Charles “Chuck” Staley has volunteered at the Washington Senior Citizens Center for more than 20 years.

Charles “Chuck” Staley has volunteered at the Washington Senior Citizens Center for more than 20 years.

More than 22 years ago, Charles “Chuck” Staley’s sister asked him to help out for a week at the Washington Senior Citizens Center where she was a volunteer, because they were short-handed.

“I’ve been here ever since,” Staley said with a laugh. “I never left.”

Five days a week, Staley arrives at 6 a.m. at the center, 69 W. Maiden St., and hauls food from the supply room to the kitchen for the cooks to prepare lunch for between 40 and 60 guests in the dining room; sets the tables for lunch; and helps prepare dinners for seniors in the Aging Services of Washington County’s Meals on Wheels program.

Staley turns 89 in July – he’s older than many of the seniors he prepares meals for.

But you wouldn’t know it.

“I feel good. There’s days I have a little bit of pain, but outside of that, I go to my doctor and he checks me over and says I’m good, keep doing what I’m doing,” said Staley.

For his commitment to the Washington Senior Center and Meals on Wheels, Staley has been selected for the Observer-Reporter’s ExtraORdinary People award for February. As part of the recognition, the newspaper and Washington Auto Mall has underwritten a $500 donation to the senior center on behalf of Staley.

For Staley, volunteering at the center provided him with a sense of purpose after his wife, Marie, died in 1994 at age 55 from complications following surgery.

“It kept me busy, it got me out,” said Staley, who married Marie on Feb. 1, 1958, about four months after their first official date, where she was a soloist at the wedding of her nephew, who was a friend and co-worker of Staley’s.

For years, Staley volunteered in the kitchen until 12:30 p.m., when lunch ends at the center, but recently cut back his hours and stays until 10:45 a.m., when lunch is served.

He is a familiar face for seniors who regularly visit the center.

“He’s been extremely dedicated over the years. He knows most of the people who come here by name, and everyone calls him ‘Uncle Chuck,’” said Cheri Randall, executive director at the center, noting Staley is one of the longest-serving volunteers. “He’s been very, very helpful for a very long time.”

Staley is especially proud of the work of Meals on Wheels, which provides hot meals for between 225 and 275 senior citizens each day. In addition to offering a nutritious dinner, Meals on Wheels provides a safety check and daily conversation, and enables many seniors to remain in their homes, where they want to be.

“We have five routes, and we usually have the meals done between 9:30 and 10 a.m. for the drivers to pick up and deliver,” said Staley. “It’s important to make contact with people to check on them. We’ve had drivers who have found people either in need of help, or gone.”

Staley worked at Brockway Glass until the plant closed, and then spent 10 years as a janitor at Central Assembly of God Church in Houston.

He has lived at his home on Locust Avenue in Washington since 1952, except for two years when he served in the U.S. Army.

“I still maintain my own home. I do my own laundry and housekeeping, and I cook for myself when I need something to eat,” said Staley. “Life is pretty good.”

He also travels to Missouri at least once a year to visit his son, George, and two granddaughters, Jessica, 17, and Madison, 14, whom he calls “my sweethearts.”

Staley is a member of New Dominion Birth Kingdom Ministries, an evangelical church in Washington.

“God has been so good to me. He’s brought me through a lot of trials and tribulations, and he’s still keeping me going,” said Staley.

Because of deteriorating vision, Staley gave up driving a few years ago, which was difficult.

But he takes a van to and from the center, and the pastor at New Dominion picks him up and drops him off for Sunday services.

“It was really hard to give up driving, but I knew it was time to stop,” said Staley.

Staley has no plans to stop his volunteer work anytime soon.

“That week I told my sister I’d help out has stretched out pretty long,” said Staley. “But, it’s been good here. I just keep on going.”