Ogden Newspapers Inc., the parent company of the Observer-Reporter, has established a $1 million fund to help local businesses get back to full strength by subsidizing local marketing efforts through matching grants.
1 of 7 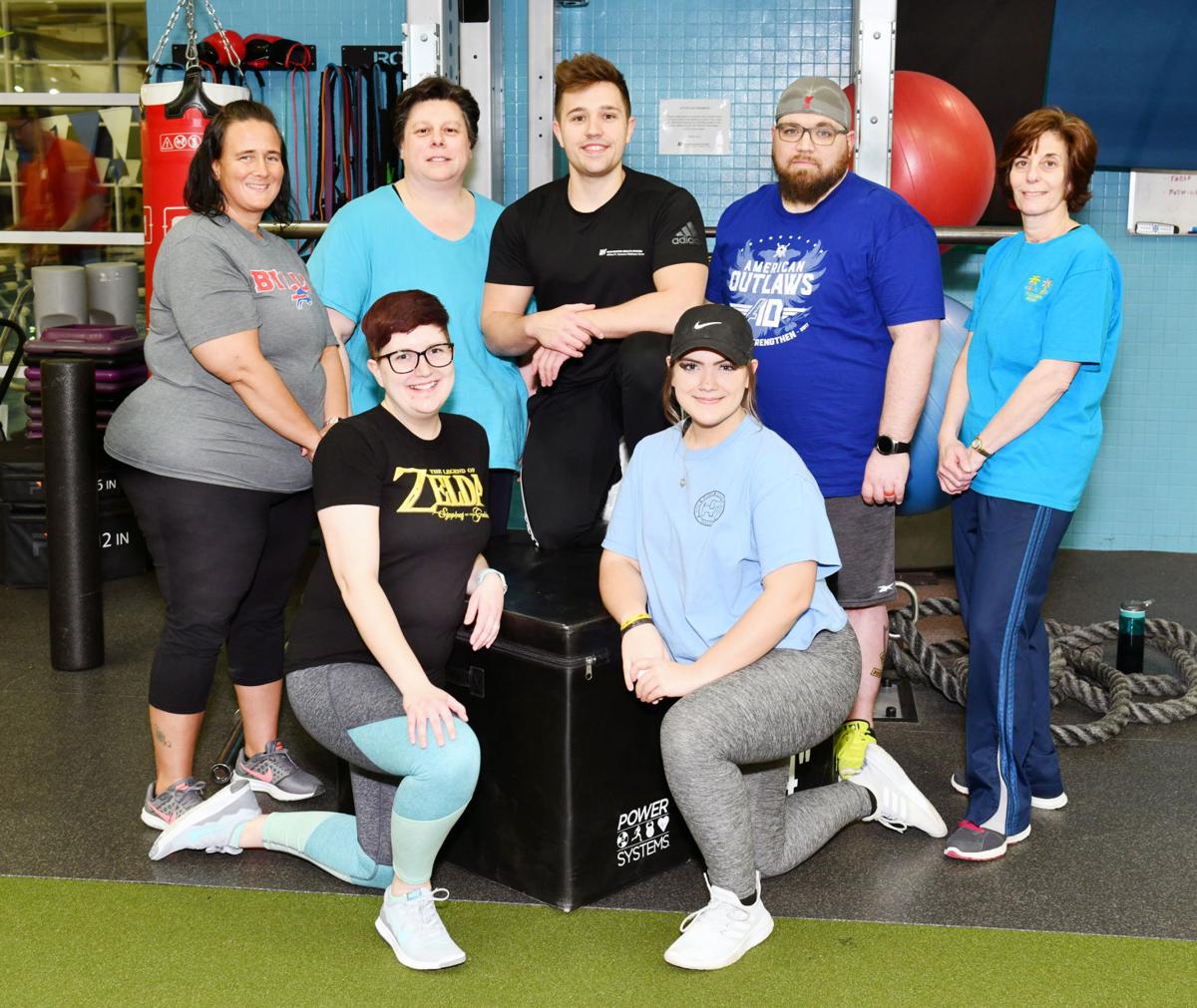 The Observer-Reporter Biggest Winner team poses for a group photo at the end of the competition. Kneeling are Trista Thurston, left, and Taylor Crouse; standing, from left, are April Crouse, Deana Wheeler, trainer Tyler Weyers, Jody Fleming and Regina Stefan. 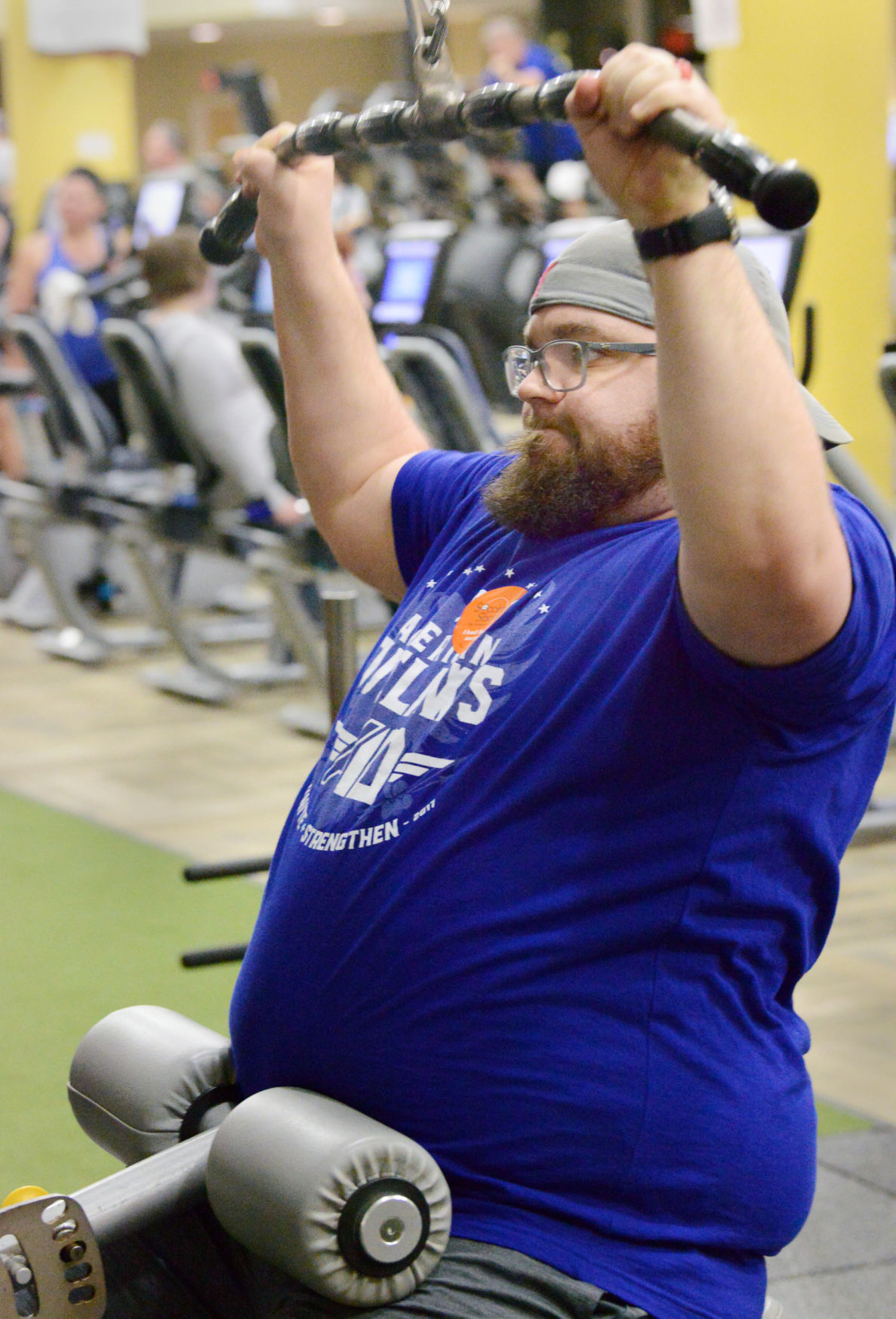 Jody Fleming works on his upper body during a team training session. 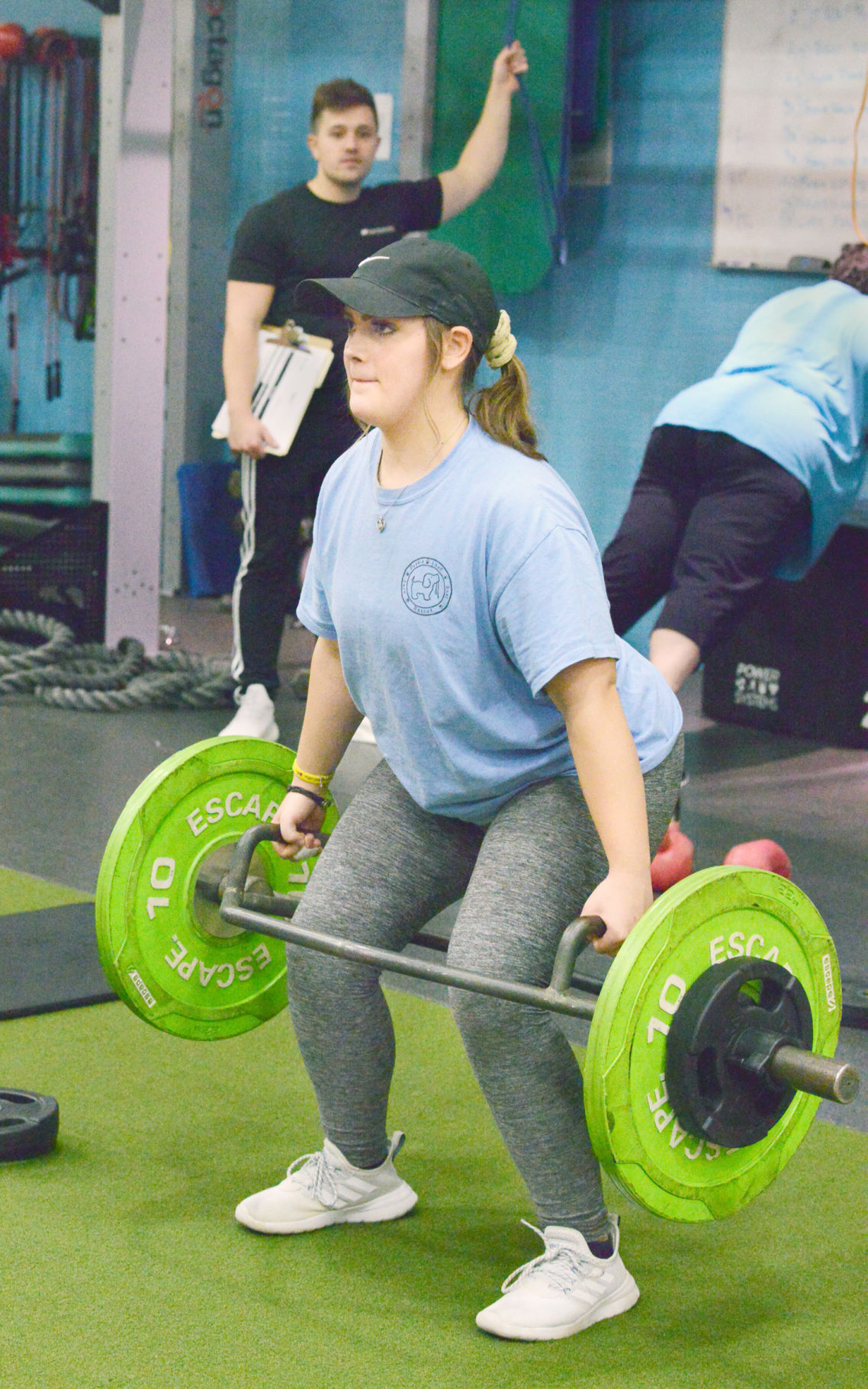 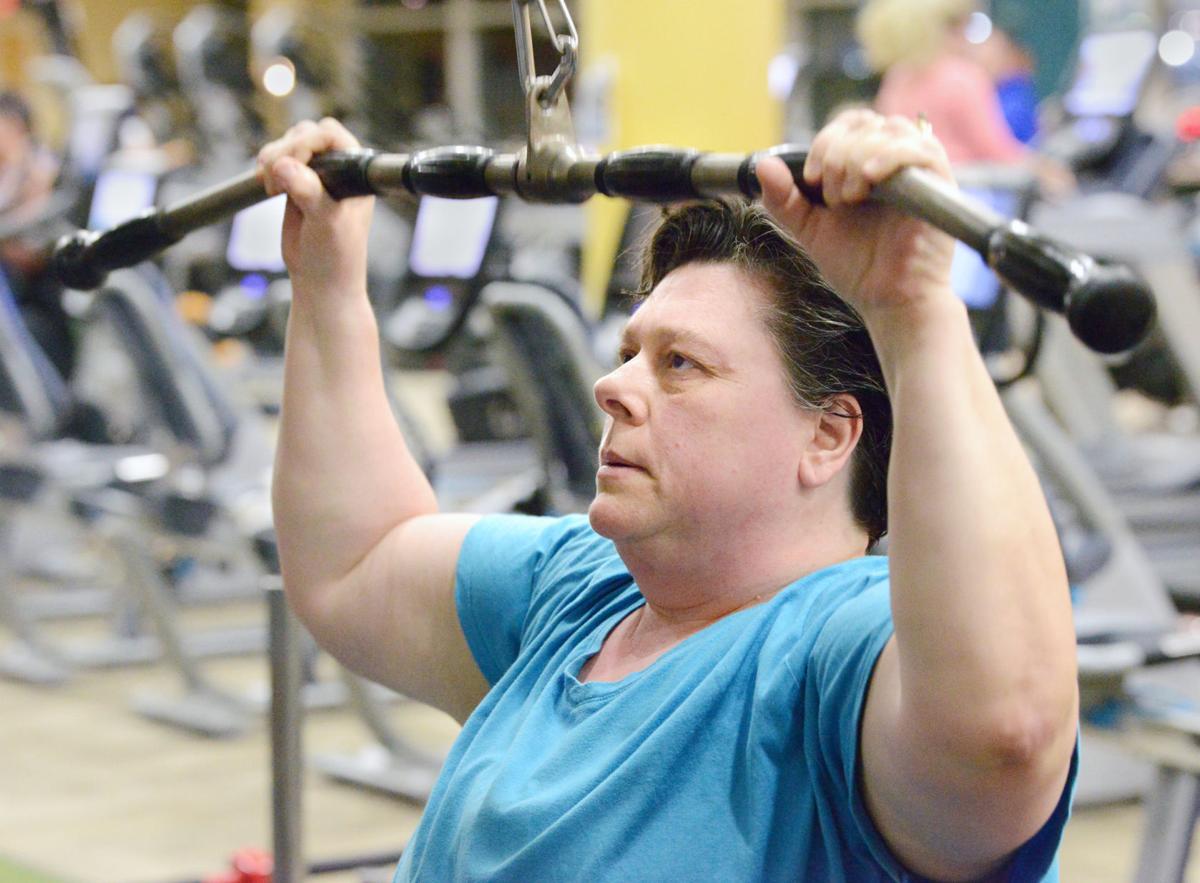 Deana Wheeler was the overall winner, competing against other members of the Observer-Reporter team. 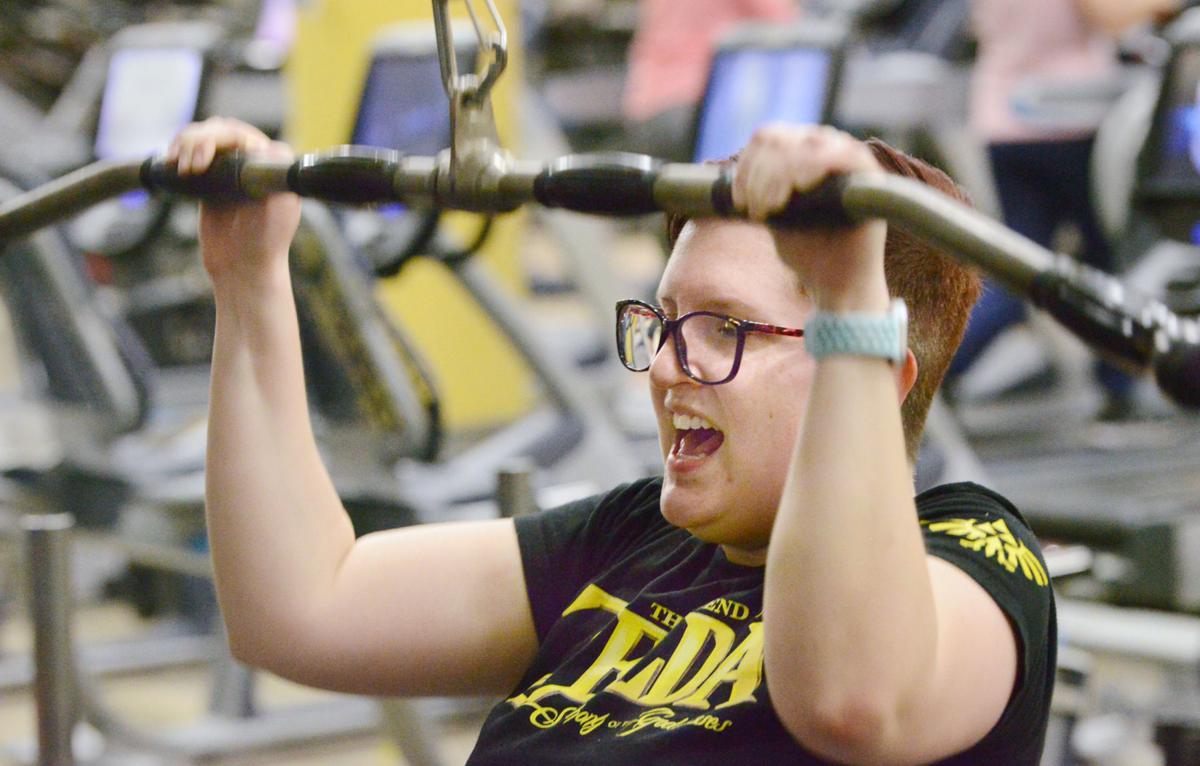 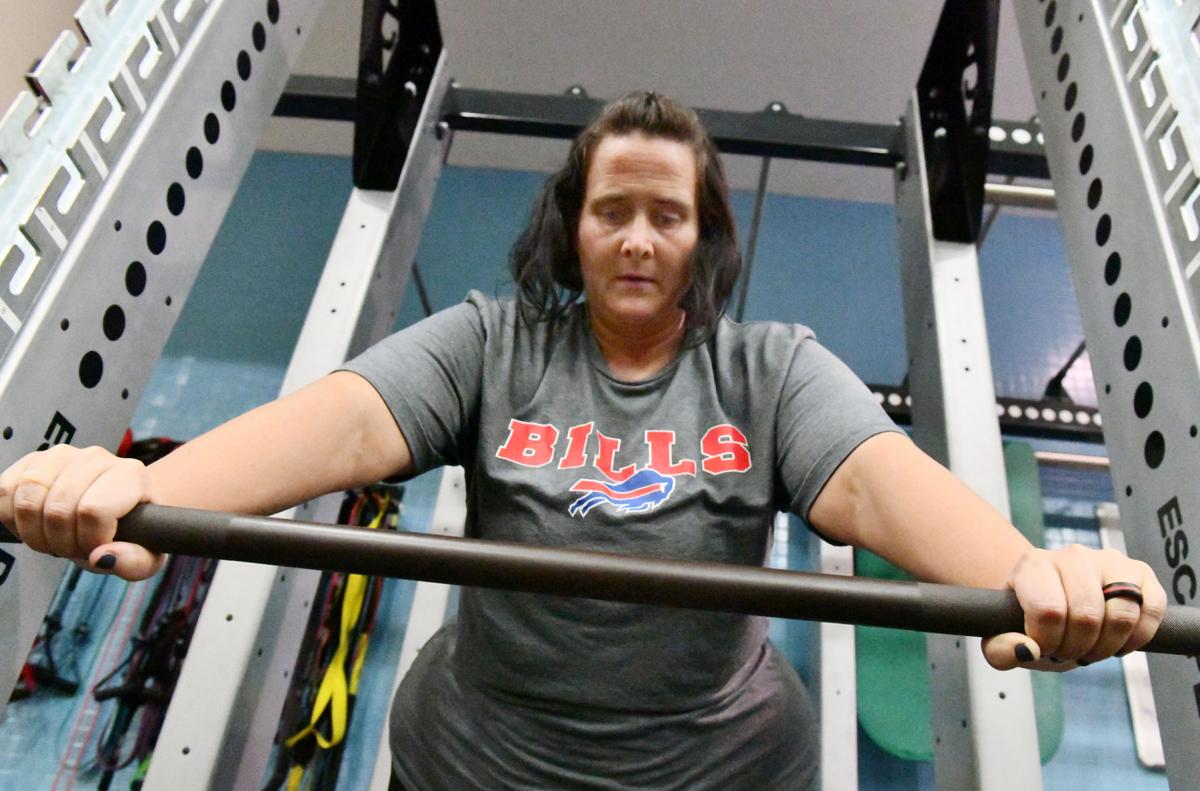 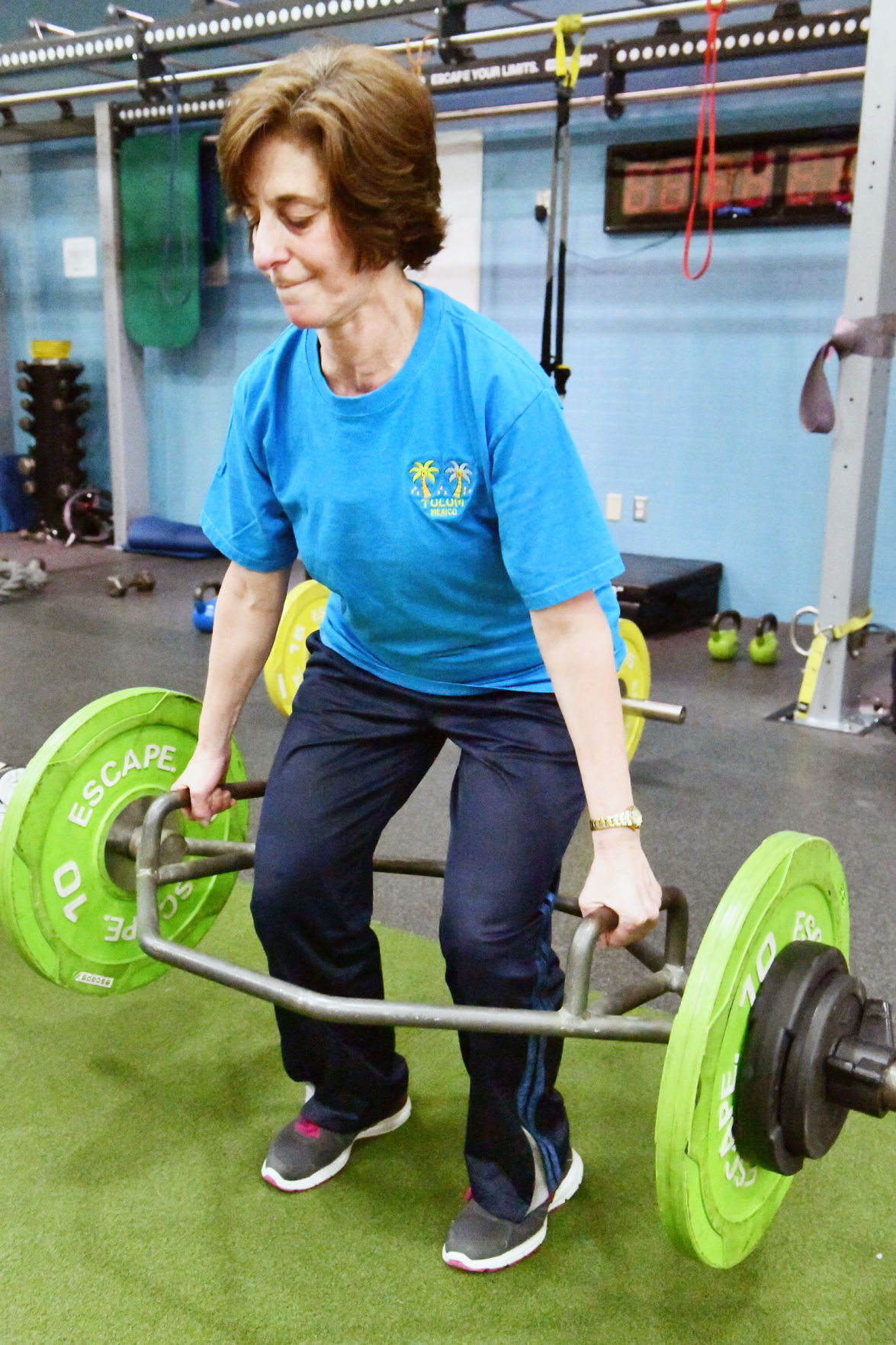 The Observer-Reporter Biggest Winner team poses for a group photo at the end of the competition. Kneeling are Trista Thurston, left, and Taylor Crouse; standing, from left, are April Crouse, Deana Wheeler, trainer Tyler Weyers, Jody Fleming and Regina Stefan.

Jody Fleming works on his upper body during a team training session.

Deana Wheeler was the overall winner, competing against other members of the Observer-Reporter team.

After seven weeks of rigorous workouts, the Biggest Winner weight-loss competition at the Wilfred R. Cameron Wellness Center has ended.

The Observer-Reporter team of six contestants competed alongside 11 other teams at the South Strabane Township wellness center, working out four evenings a week with exercise physiologist Tyler Weyers. At stake for competitors on the O-R-sponsored team was a one-year wellness center membership for the overall team winner, which went to Deana Wheeler, who lost 8.15% of her body weight. The other teams in the event were competing for a one-month membership and a spa day from Spa Harmony. In addition, the Biggest Winner from each team will receive free training classes in April.

For Wheeler, the competition offered her a chance to get back to healthy habits.

“I learned that I am stronger than I thought,” said Wheeler, 49, who lives in the South Hills. “I am fully capable of changing my life if I put my mind to it. I feel great, and the changes have been noticed by others. I have purchased clothing a few sizes down.”

Wheeler, event marketing manager at Washington City Mission, said she progressed faster than she expected. “The first week Tyler gave us a side plank to do,” she said. “I couldn’t and thought I would never ever do one of those. Within two weeks I was able to hold one for the full time interval. When we first started 45 second circuits, the time seemed so long. Within a week, 45 seconds seemed to go by much faster.”

Wheeler said she also gained more confidence. “I am not too far gone to turn things around for the second part of my life,” she said. “I must be steadfast, but I will get there if I just keep going.”

As for weight loss, she exceeded her goal and intends to continue her fitness journey by using all of the tools she learned during the competition. She plans to continue her nutrition regimen and will work out with a different trainer next week.

“I learned that all is possible no matter my age or size,” said April, mother of two who works at the scale house for Waste Management. “The number on the scale doesn’t matter as much as how you feel about yourself. I went down a whole size in pants and shirts, and I have more energy.”

She lost 3.57% of her body weight during the contest. “I was pleased with what Tyler taught us with all areas of exercise and strength training,” she said. “I really got a lot of new ways to help my journey. All the training will be used over and over again.

“I still have pounds to shed and sizes to get into,” she added. “I know I will forever be grateful for this chance.”

For Taylor, the contest was inspiring. The McGuffey High School junior dropped 4.38% of her body weight.

“I really enjoyed learning new exercises and learning that it’s OK to take a break when working out,” she said. She called her results “shockingly great,” losing more inches than pounds.

Taylor credited the team’s trainer for guidance and motivation. “Most importantly, I was pleased with the results of exercising, both mentally and physically,” she said. “I reached a personal goal that means a lot to me,” she says. She intends to keep working out and maintaining her diet.

Two team members are O-R employees, and both have family weddings in the near future.

Regina Stefan, 56, human resources and payroll coordinator, said she was worried in the beginning that she would not be able to stay committed to the program because of the number of days per week and the length of the program, in addition to the fact that she had not exercised on a regular basis for over three years.

“However, the more involved I became with the program, the more motivated and determined I became,” she said. “There was a sense of personal accountability as well as being accountable to the team.”

Her motivation for getting in shape for her daughter’s upcoming wedding helped her to lose 3.07% of her body weight. “I don’t think I lost the total pounds I had wanted, but I definitely lost the inches,” she says. “My wardrobe became a bit larger because I can now wear pants that I haven’t been able to wear for a few years! It’s a great feeling!”

Stefan said she made great progress over the seven weeks, upping her weight training and gaining energy. “It’s not so much in how much weight you lose but more in the amount of strength and energy you have once you incorporate regular exercise into your daily routine,” said Stefan. “This competition was the motivation I needed to start exercising again.”

Trista Thurston, 25, digital operations director for the O-R, is getting married in October. She called the entire Biggest Winner experience “incredible.”

“I’m sad it’s ending,” she said. “Having the accountability of my teammates and trainer was so motivating. Each time I wanted to give up, I thought about letting my team down and pushed through! I learned my workout weaknesses and now have tips to keep in mind moving forward.”

Thurston dropped 3.86% of her body weight, and credits the team trainer for preparing her to continue working out on her own. “I’m excited to continue but disappointed I won’t have my teammates along for the ride.”

As for dietary changes, they were tough but eventually stuck. “It was so difficult at first to manage eating clean and working out after a full day at the office,” she said. “Now, it feels almost effortless. Time at the wellness center allows me to de-stress and focus on my body, my needs and my goals. I’ve found it helps tremendously with my mood and self-esteem.”

She even convinced her fiancé to join the wellness center with her. “He also saw my excitement and motivation and was encouraged to join my fitness journey.”

For Joseph “Jody” Fleming, 37, of Fredericktown, one of the biggest challenges of the Biggest Winner was time management and scheduling.

“It was a great experience overall,” he said. “I learned that four consecutive days of lifting/working out is probably not the best approach for me personally,” said the certified orthotics fitter and athletic trainer at the Hanger Clinic in Washington. “The past two weeks I have been dealing with biceps tendinitis, so I have had to modify some of the exercises.”

Despite the challenges, he managed to lose 20 pounds and 5.88% of his body weight.

As for strength gains, he was impressed with his progress, and will continue working out.

“Weight loss is a marathon, not a sprint,” Fleming added. “I came close to my weight loss goal, but I did not reach it. I am planning on taking a week or two off to allow my shoulder to heal properly.” After that, he plans to exercise before heading to work in the morning.