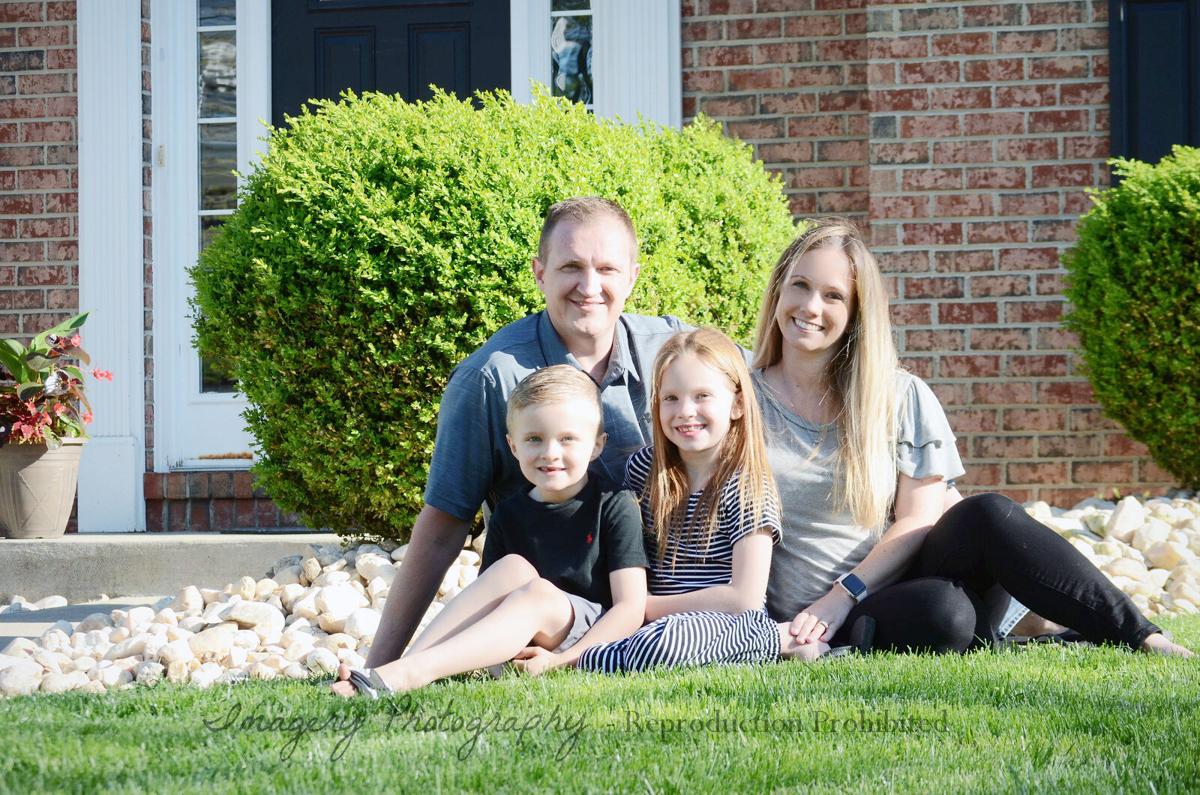 Scott and Jessica Rogowicz pose for a picture with their children Drew and Hailey. 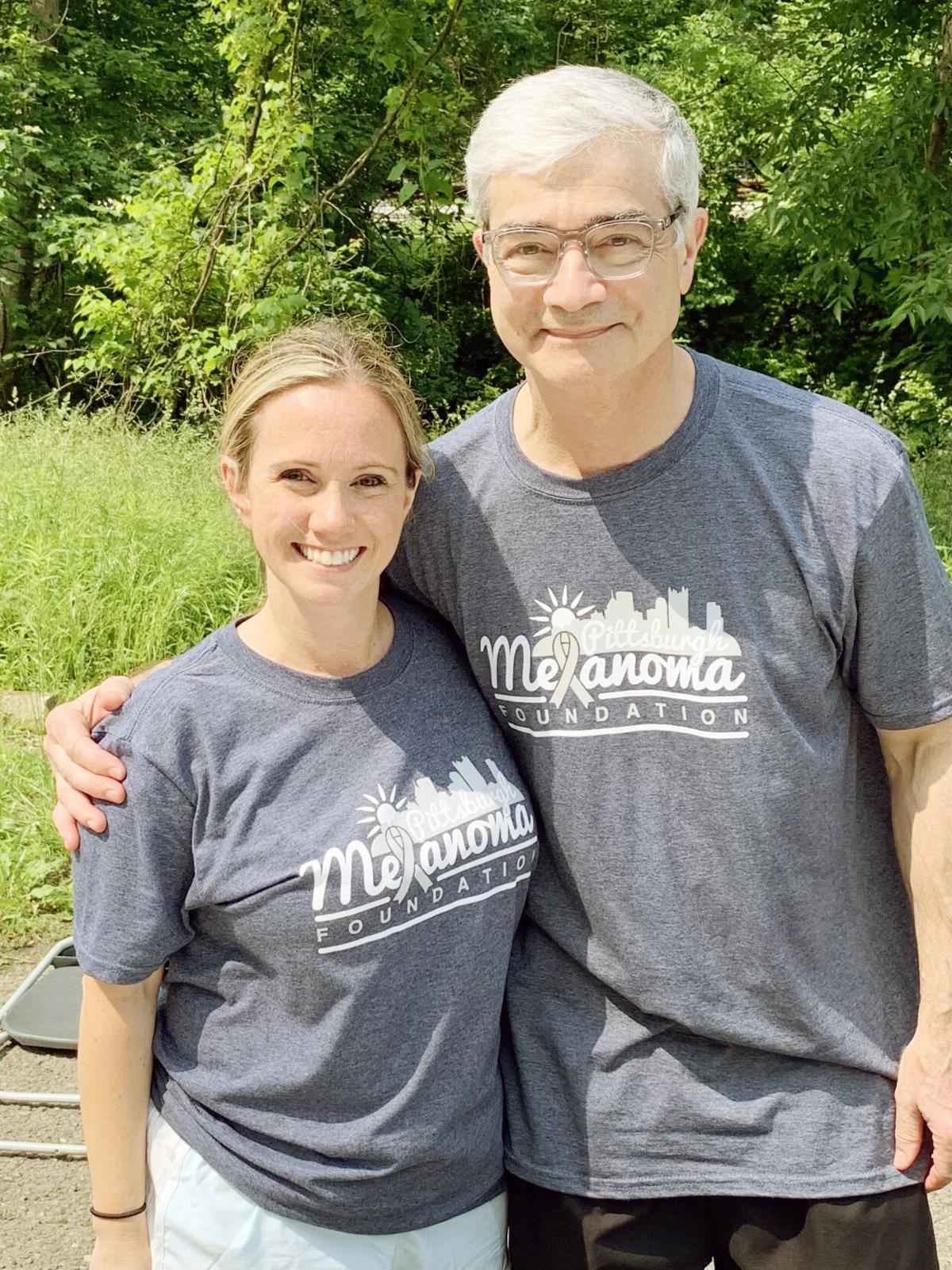 Jessica Rogowicz and and Dr. Howard Edington pose for a picture at one of the foundation’s past 5K races.

Scott and Jessica Rogowicz pose for a picture with their children Drew and Hailey.

Jessica Rogowicz and and Dr. Howard Edington pose for a picture at one of the foundation’s past 5K races.

Jessica Rogowicz grew up playing outside and spending lots of time in the sun including yearly beach vacations in Ocean City, Md.

“Skin cancer wasn’t a concern back then,” said the Peters Township resident and high school teacher. “I remember putting on sunscreen in the morning before heading to the beach and being in the sun for hours before reapplying.”

In high school, she and her friends visited tanning beds for special occasions such as prom and homecoming.

“My parents warned me about the dangers of tanning, but as a teenager and someone in my early 20s,” Rogowicz said. “I didn’t want my parents telling me what to do and I was naive to think nothing bad would happen to me.”

After college, she continued using tanning beds. In 2007, she was shocked to learn a mole she wasn’t even concerned about was cancerous.

“I vividly remember getting the call that I had melanoma,” said Rogowicz, now 38 and a married mother of two. “I started crying and panicking yet still not knowing what skin cancer was. That was the day I stopped tanning.”

Luckily, that visit to her primary care doctor helped catch the melanoma at stage 1. She saw an oncologist for further surgery to ensure her lymph nodes were clear and to make sure the cancer hadn’t spread.

Even with using sunscreen and avoiding the sun, Rogowicz had developed a second melanoma in 2011.

Rogowicz ‘s story is not uncommon.

One in 50 Americans will develop melanoma in their lifetime and its incidence has doubled over the past 30 years. That’s one of the reasons Allegheny Health Network is building a $14 million state-of-of-art Melanoma and Skin Cancer Center at West Penn Hospital scheduled for completion next year.

The facility will provide cancer patients with one-stop access to comprehensive clinical and surgical expertise as well as leading-edge therapies and technologies.

“The objective for the clinical center is simply to develop a ‘one stop shopping’ approach for patients needing multidisciplinary care,” said Dr. Howard Edington, an AHN surgical oncologist who is leading AHN’s development of the center. “This will result in quicker and more coherent treatments for complex patients where they will have access in one visit to not only multiple care providers (surgery, radiation therapy, medical oncology, dermatology) but also extended services such as integrative medicine or psychiatry.”

Part of the center’s goal is to promote interaction between clinical and research facilities so that cutting edge therapies or diagnostic approaches may be developed and rapidly translated to patient care.

“The center was designed with very significant patient input and seeks to address a number of shortcomings in the traditional approach,” Edington said. “The traditional approach is one where care and care planning is disjointed in that the patient may see one doctor and then be transferred to another doctor and so on resulting in multiple transfers. The hope and expectation is that the streamlined approach will result in quicker, better care for patients.”

Melanoma is a less common but more deadly form of skin cancer and the number of cases is rising – particularly in younger people in the United States. It is strongly connected to exposure to ultraviolet radiation fro the sun or tanning beds. Nearly 166,000 Americans are diagnosed with melanoma annually and almost 7,000 die from the disease.

Rogowicz was one of Edington’s surgical patients during her battle with melanoma. She is very careful in the sun now and gets regular skin checks.

“I have had additional moles removed throughout the years, but I am happy to say that this July will mark ten years since my last diagnosis,” she said. “A decade of being cancer-free.”

Rogowicz’s journey inspired her to work with other cancer survivors and those affected by melanoma to form the Pittsburgh Melanoma Foundation. The group offers support groups, raises awareness and encourages people to get needed skin checks. The organization’s annual 5K fundraiser has generated $290,000 for melanoma and awareness programs at the University of Pittsburgh Cancer Institute and Allegheny Health Network.

Rogowicz said Edington is a regular attendee at the annual 5K events, but this year’s race is being run virtually because of COVID-19. Still, nearly 600 people from across the country have already registered. The race runs from May 1-June 1.