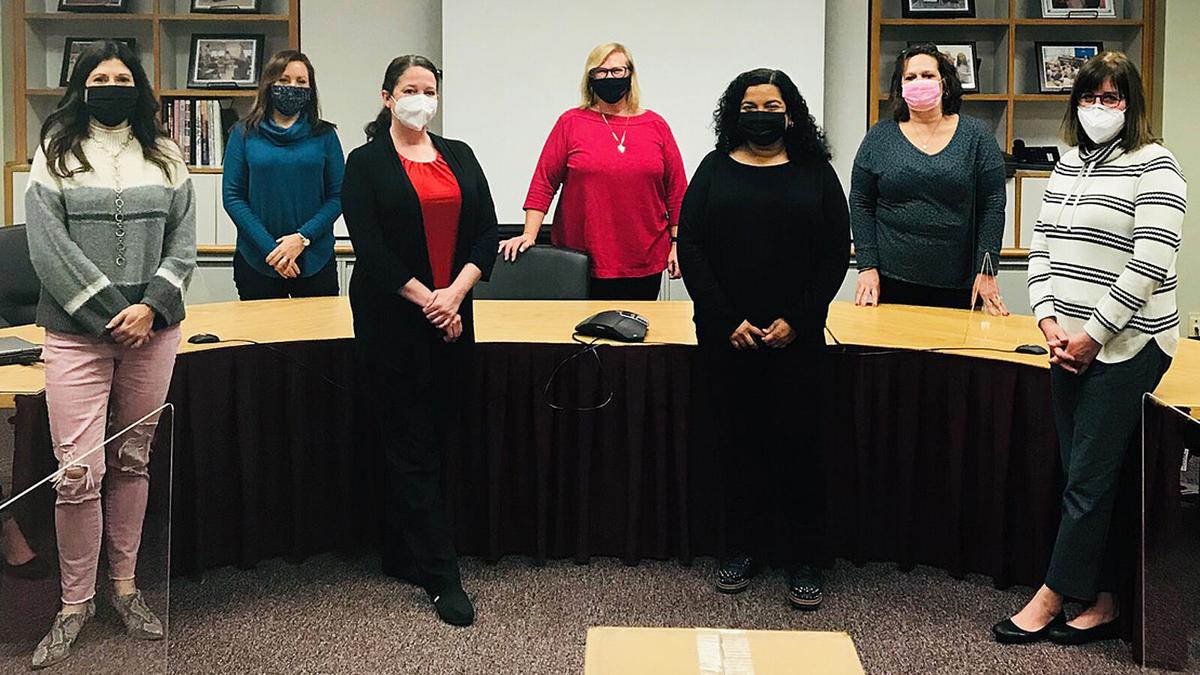 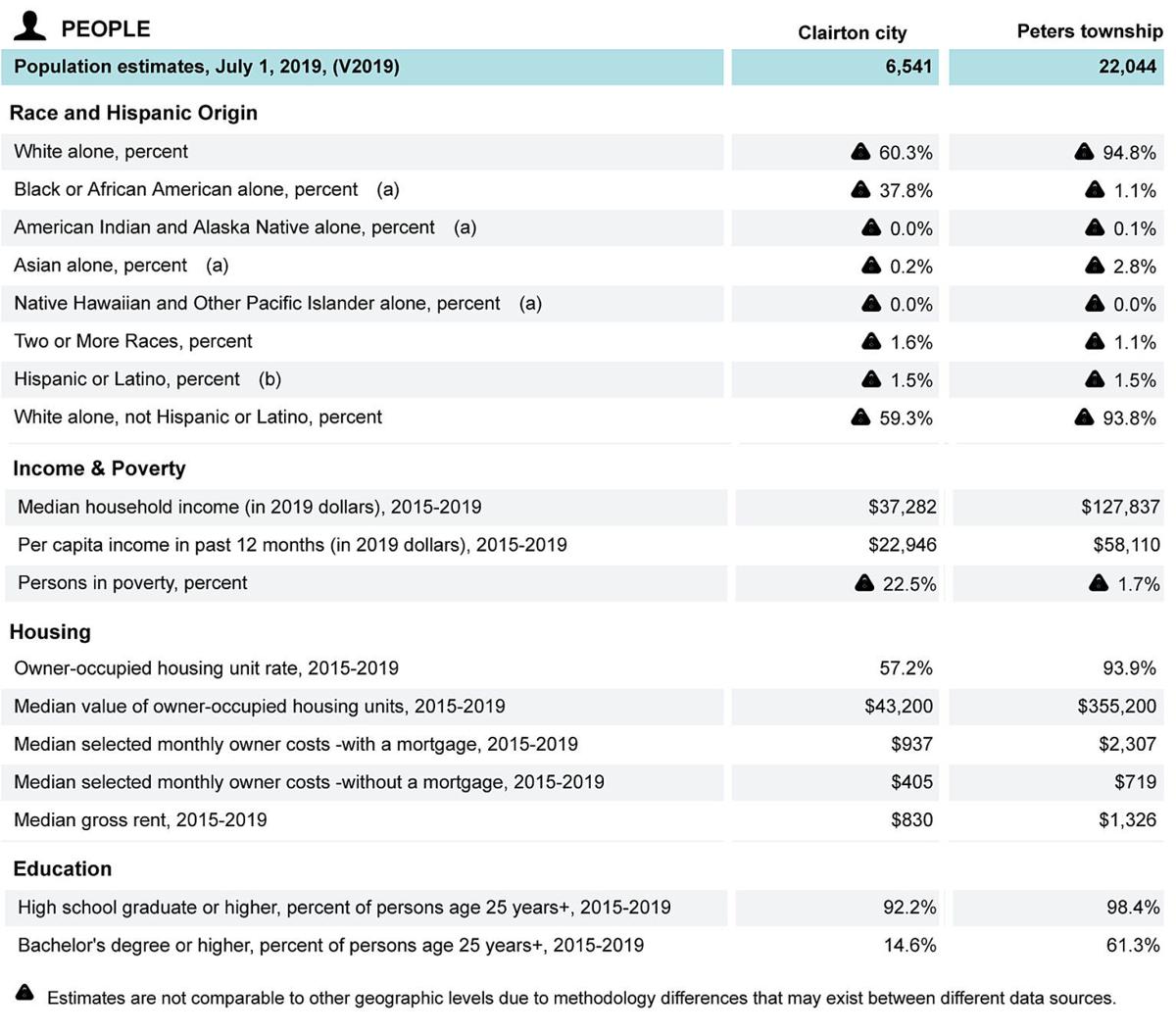 Editor’s note: This is the first of a three-part series.

The physical distance between Peters Township and the City of Clairton is less than 10 miles.

In fact, one of the sanitary systems that serves the former has its wastewater treatment plant in the latter.

But geographic proximity aside, the two municipalities represent the figurative worlds apart in terms of socioeconomics, demographics and the overarching reality of living in once place compared with the other.

The five-year Peters resident brought the perspective of growing up in Clairton to his participation in the 21-Day Racial Equity Challenge, a program presented in January by the volunteer Peters Township Year of Kindness Committee.

Further discussions on the program’s content, which is intended to cultivate self-awareness and affect social change, are scheduled via Zoom for March 2 and 24, and April 14.

U.S. Census estimates as of July 1, 2019, show Peters Township’s population as 93.8% “White alone, not Hispanic or Latino” and 1.1% “Black or African American,” and the lack of local diversity also helped prompt Cole to become involved.

“OK, you have something to offer to this challenge. It’s not just, oh, you’re a Black man. It’s, wow do we build a bridge? How do you assess who’s really sincere about change?” he said. “It’s not about shoving your point of view down somebody else’s throat.”

His own point of view has been shaped substantially by spending most of his life in what basically is the antithesis of his new hometown.

“I have friends who killed people. I was shot at 18. My brother was killed in 2015,” he said about the murder of 22-year-old Isaac Cole, for which the man who was charged ended up being acquitted.

Moving to Peters Township has put Rex Cole and his family in the midst of a statistically much safer environment, but they still have encountered issues.

“It was mainly with my kids,” Cole said. “I would say on an adult level, it’s more hidden. But the kids express what’s going on in the home.”

He related an incident in which his son was subjected to a classmate’s racial slur.

“I went to this person’s house, and I knew they had an Italian background, based off their name, and I introduced that part of us to them,” he said of the incident. “I said, ‘My grandmother came fresh off the boat from Cosenza.’”

Discussing his biracial heritage encouraged the family to relate better to him, thereby defusing the situation through nonconfrontational means. And that’s by design.

“I’ve always taught my kids to be a leader and not be reactive all the time, because emotions are how you get yourself into trouble,” Cole said. “You don’t win anyone over. You’re just reinforcing that phobia that they have. And you can’t be mad at these individuals, because it’s ignorance on their part.”

His insight was welcomed by others who took part in the 21-Day Racial Equity Challenge, which included three moderated virtual discussions to complement a variety of reading material, videos and topics for reflection and contemplation.

“I just wanted to have the opportunity to really learn more about how I, myself, and my family can be part of change,” Denise Blasey said about her involvement along with husband Scott and daughters Sofia, 16; Ava, 14; and Gracelyn, 11.

“I know that it wasn’t intended to be catered toward children,” Denise said, “but Scott and I adapted it to be able to include our children in the conversation, because it’s a lifelong journey.”

The Blaseys’ intention was to reinforce lessons they consistently have imparted to their daughters.

“I think it just comes down to talk about, learn about and understand, so that they can navigate through life and they can be an ally,” Denise said. “There’s not always a right and a wrong. It’s about an understanding. It’s an understanding for other people’s perspectives. We just too often want to disagree or believe that our beliefs are the right way.”

“I am a retired nurse, and I do have quite a bit of background with racial equity courses. I was a school nurse, so I was in education,” Margo said about her experiences in ethnically diverse Morris County, N.J. “We had just about every nationality, and I really, really liked working in that, so I was interested in this course.”

As a member of the Year of Kindness Committee, Amy helped organize the challenge.

“We thought with everything going on with the pandemic and Black Lives Matter and politics and all the other negative stuff, we wanted to maybe at this time focus on raising awareness and to get a positive, kind conversation going in our community,” she said.

The organizers pulled material from a variety of sources, from newspaper articles to TED Talks videos, to assemble a program with the goal of participants committing about 15 minutes a day for three weeks.

“We wanted to do it for 21 days because that’s the time it takes to form a habit,” Amy said.

While she was working on the challenge, her husband was paying attention.

“My initial interest was piqued from hearing Amy talk about some of the content, and she was excited about it, and also hearing the conversations between the organizers,” Mike said.

Also, he has interacted with people from numerous countries while traveling for his work with a global corporation, providing him with plenty of opportunities to learn about other cultures.

The challenge also provides an educational opportunity for educators, as Peters Township Middle School English teacher Renee Brown was one of the January participants.

“I’ve been reading a lot about racial inequity over the last 12 months, I would say. So when this came up, it was great for me, because I think this is so important,” she said. “But I’m not really sure how to engage a conversation with it. I’m still at a level where it’s just me and my own dealings and understandings.”

For Barbara Wehn, the challenge represented a similar opportunity.

“I feel like even though my heart has always been welcoming and open to people of different races, there are so many terms that I don’t really understand, that I need to educate myself more on,” she said.

Some examples include “microaggression,” a subtle but offensive comment or action directed at a member of a marginalized group, and “redlining,” the discriminatory practice of denying services to residents of certain areas based on their race or ethnicity.

Wehn also wanted to follow up on conversations she had with her daughter Delaney with regard to protests sparked by George Floyd’s Memorial Day death in Minneapolis.

“Having discussions and learning more can make me a better person,” Barbara said. “I just feel like listening to other people and understanding where they’re coming from helps us all get along better.”

She related a personal experience involving neighbors who adopted a native of the African nation of Liberia. He happens to be the same age as Wehn’s twin daughters, Sydney and Ally, and they welcomed him fully as a Peters Township Middle School classmate.

“They were so excited to have someone new who was on the street,” Barbara recalled. “And it was invisible to them that he was Black. They just couldn’t have cared less. He was just a new boy who was moving to the community, and they just really became the best of friends.”

In high school, T.J. Kpan starred on the football field before taking his talents to West Virginia University.

“Mrs. Wehn, these girls are like my sisters,” he said of his twin friends. “If anyone gives them any trouble, they’ll have to deal with me first.”