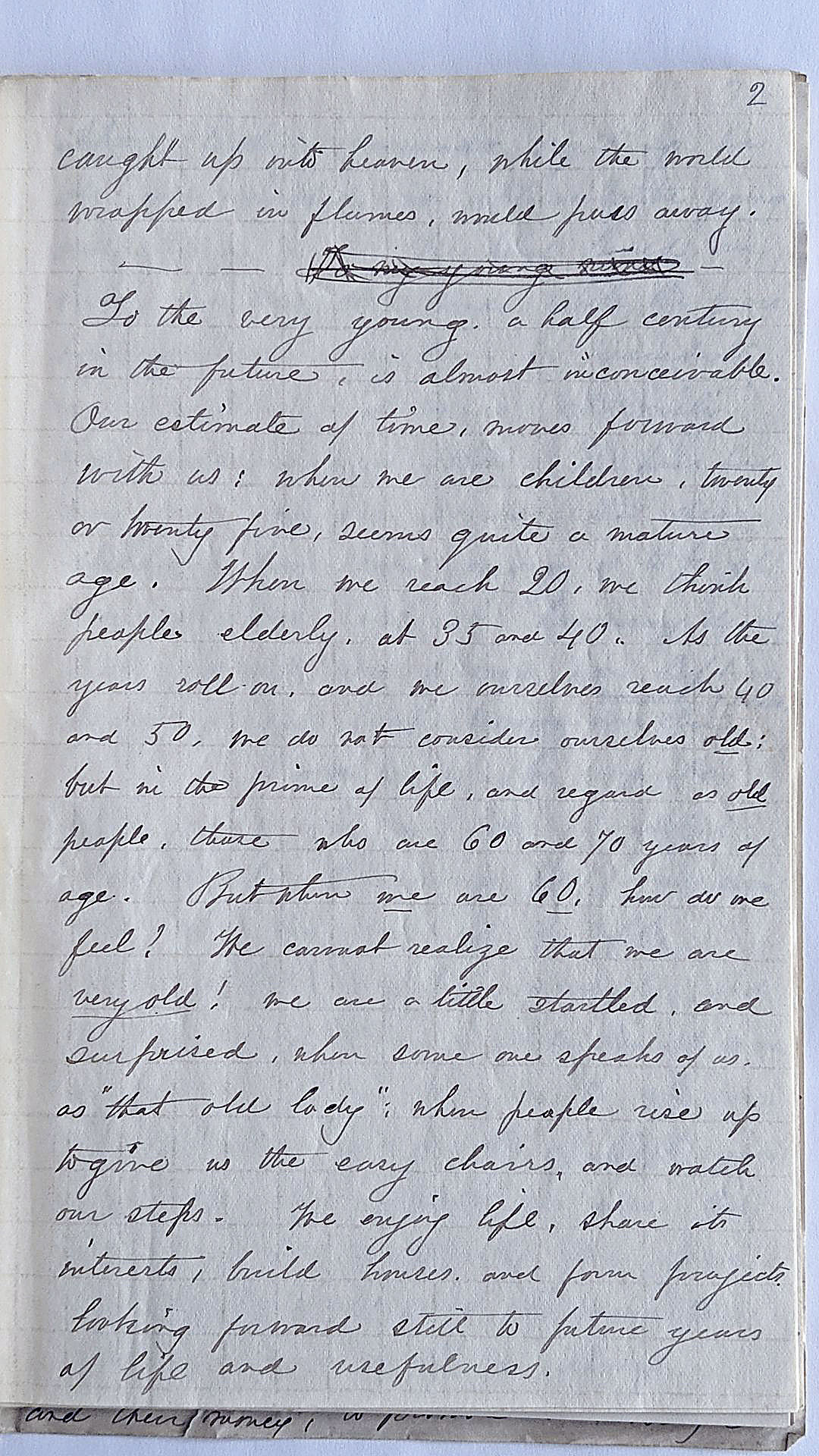 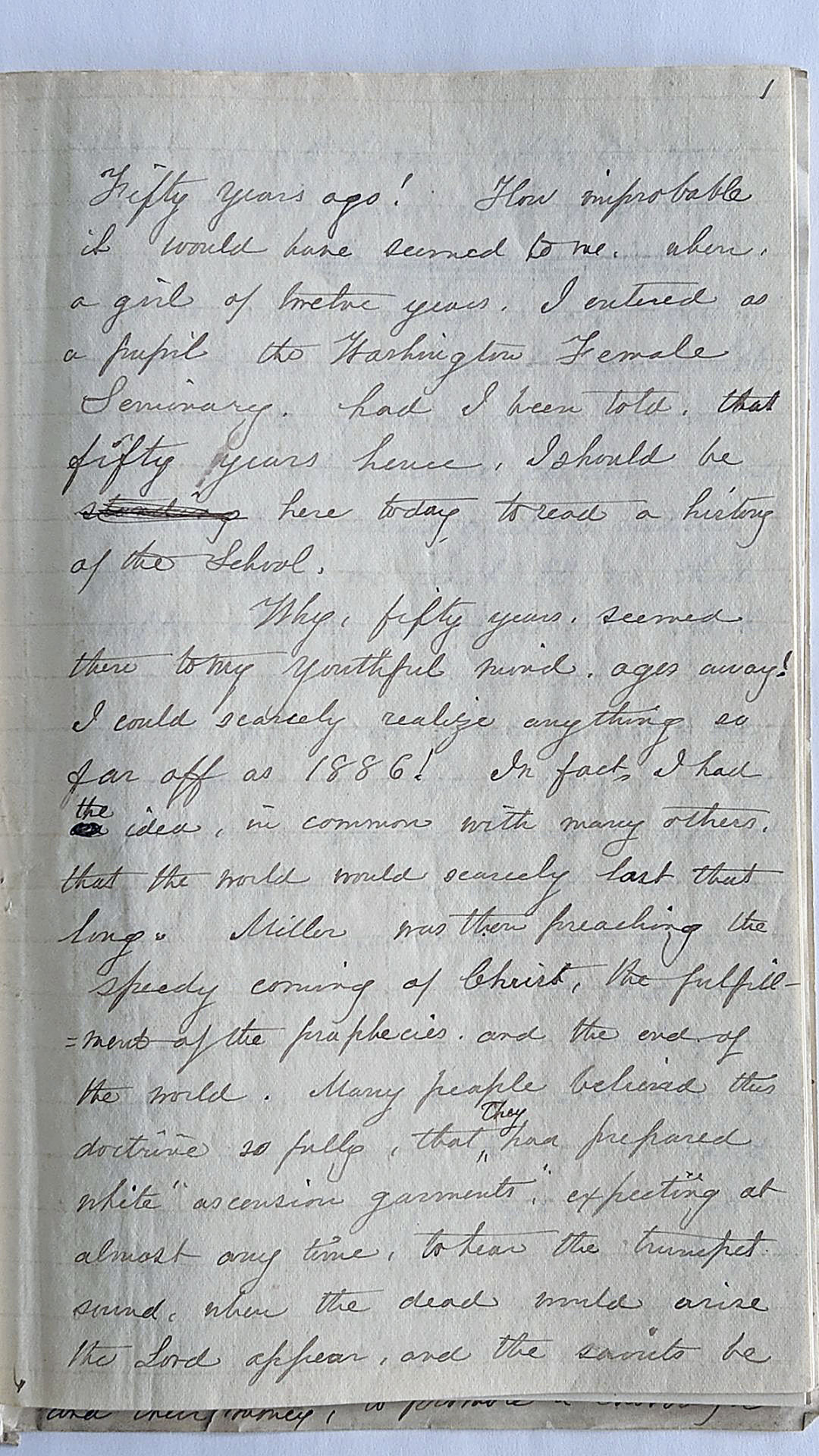 Charlotte LeMoyne Wills witnessed great changes in the education of women in the first half of the 19th century. Her writing “Essay about growing up and the education in the Washington Female Seminary” chronicles those changes. Her handwritten essay on the first 25 years of the Washington Female Seminary (first opened to students on May 1, 1836) details the work of her father’s generation to provide a challenging education for their daughters in their own hometown, and how those efforts fit into the history of women’s higher education in the northeastern United States.

Wills’ account was apparently written to be read at the semi-centennial meeting of the seminary graduates held June 8, 1886. The text was transcribed in the printed program and the catalogue published at the time of that 50th anniversary.