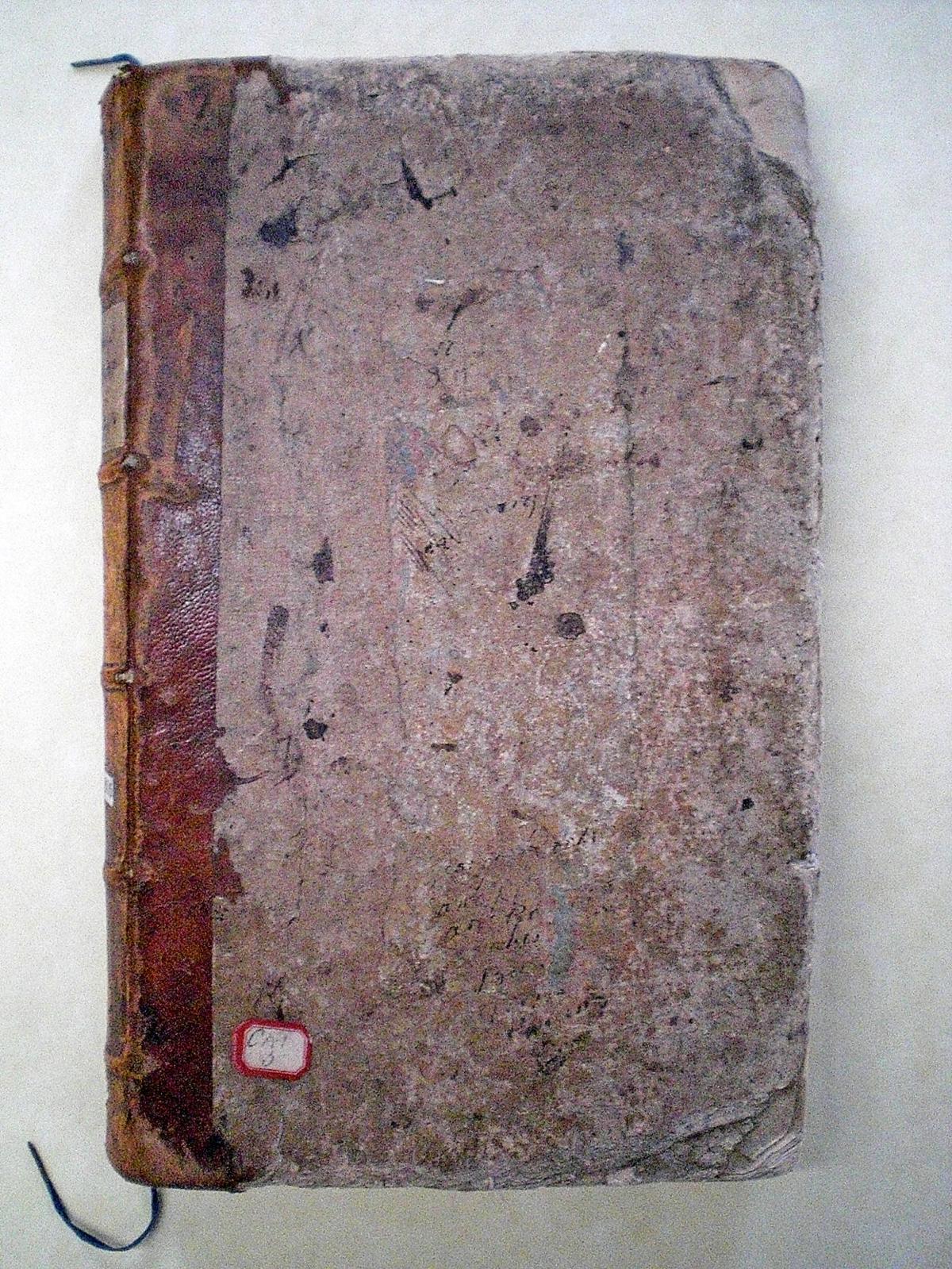 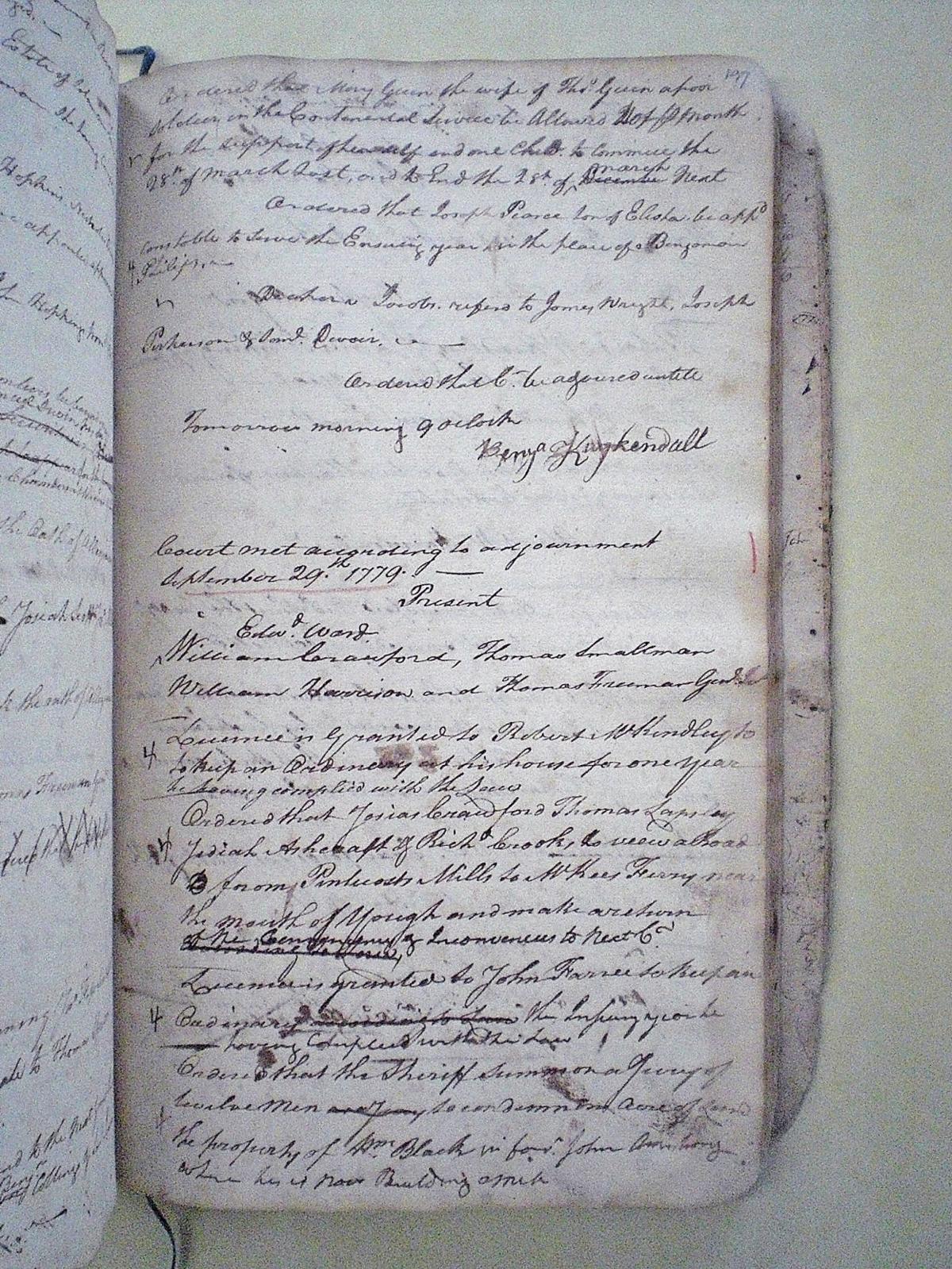 Prior to the resolution of the western boundary controversy between Pennsylvania and Virginia in 1785, the territory of present-day Washington, Greene, Fayette, Westmoreland and Allegheny counties was claimed by Virginia. This territory, known by Virginians as Yohogania County, was settled by both Pennsylvanians and Virginians, and Virginia established court jurisdiction here. The town of Washington, Pa., was called Augusta Town. Pittsburgh was called Fort Dunmore.

Pictured is the cover and a page from the Minute Book of the Virginia Court Held for Yohogania County, first at Augusta Town (now Washington, Pa.), and afterwards on the Andrew Heath Farm near West Elizabeth (1776-1780) – Volume II. This and three other volumes are in the historic records collection of the Washington County Historical Society. The court records demonstrate the interesting contrasts in the early governance of the area by Virginians, on the one hand, and Pennsylvanians on the other.

The page shows a session of the Virginia Court that met according to adjournment on Sept. 29, 1779. The Court granted tavern licenses (called “Ordinary” licenses) to Robert McKindley and John Farree, and ordered that the sheriff summon 12 jurors to “condemn land in favor of John Armstrong,” who was constructing a new mill. Among the presiding Virginia justices was Col. William Crawford, who was George Washington’s surveyor in the west. Later, during the 13th Virginia Regiment’s ill-fated 1782 expedition into the Ohio territory against the Wyandot and Delaware tribes, Crawford was captured and burned at the stake.

Tom Milhollan is the operations and development coordinator for the Washington County Historical Society.